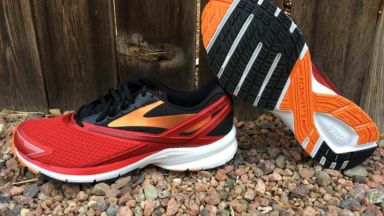 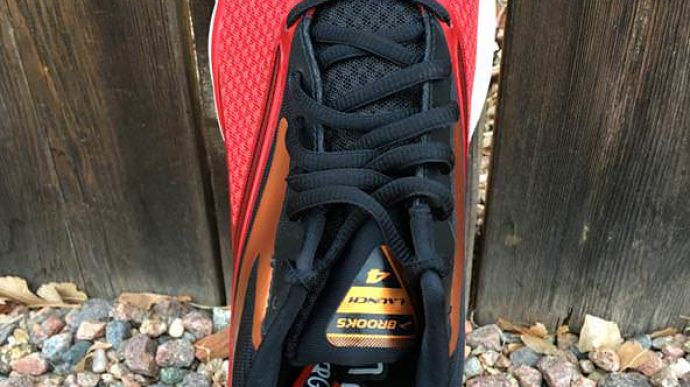 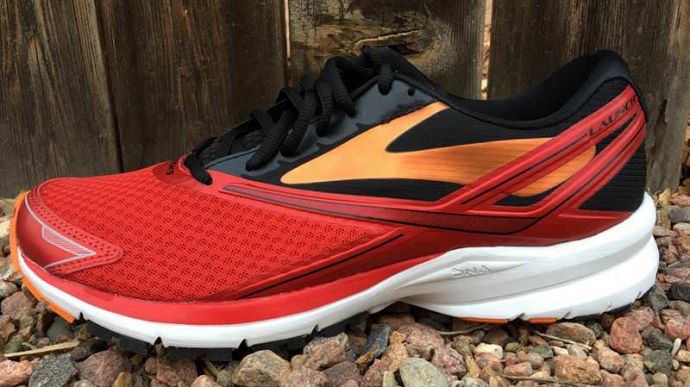 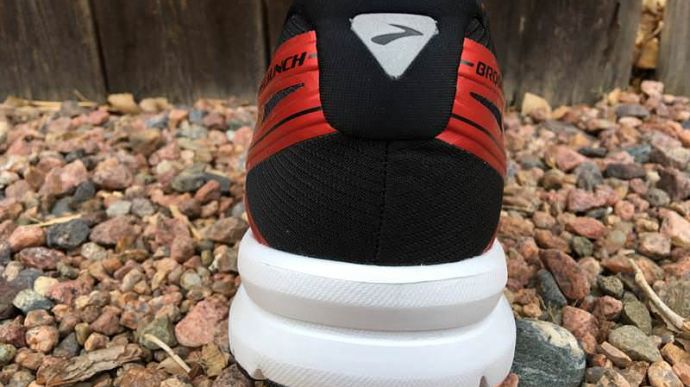 The Launch 4 is a superb daily trainer. Improvements made to the 4 have enhanced the smooth and responsive ride that that shoe always delivers. The Launch 4 is an excellent choice for runners who seek a versatile and durable daily trainer.
WHERE TO BUY
LOWEST PRICE
$179
SHOE INFO
Brooks
Brand
Launch 4
Model
Lightweight
Type
9 oz. (255 gr.)
Weight
100 US$
MSRP
10 mm
Heel Drop
Jan / 2017
Release Date
Launch 3
Previous model
WHO IS IT FOR
Designed for the neutral runner looking for a daily trainer that delivers a lightweight and responsive ride.
Help me choose

The Launch 4 continues its path of being a lightweight, responsive daily trainer that borders of the fringe of being a performance shoe.

This newest installment of the launch takes on a few changes that help to lighten the shoe up a bit and improve fluidity, responsiveness, and comfort.

I received my test pair in a high risk red and orange peel color which was simple yet eye catching. The shoe has a very slender low profile appearance giving it a very racing look.

The softer material of the upper makes the shoe very comfortable once I initially put it on. The launch 4 still uses the same 3D print upper with some subtle differences.

It was also nice to see that the 10-mm drop is still in play making it easy to transition between different shoes.

When turning the Launch 4 over It appears overall that midsole seems much the same as the Launch 3. The 4 uses the same DNA midsole material and has some aesthetic updates but that is about where the consistencies stop.

Beginning at the forefoot of the shoe and working back the differences start to become apparent. The most noticeable change to the forefoot is additional and deeper flex grooves.

This has increased the flexibility of the forefoot, but also lengthens the surface area of the toe. What I found this change to deliver was a smooth, cushioned, and energetic toe off.

The outsole pattern looks to remain the same but with more areas of blown rubber instead of carbon as before. This should help increase the durability of the shoe and shed a hint of weight.

Moving into the Transition zone of the shoe there is a X shaped band of firm rubber. This band is where I think the midsole gets interesting. This X provides just a bit of torsional rigidity to the shoe.

I appreciated this bit of stability and guidance in the shoe especially during longer runs. The only down side that I experienced was it interrupted the flow of the shoe making the transition not as smooth as it could be.

Viewing the shoe at the rear, the shape of the heel cutout has been modified. The heel takes on a U design which has been coined “The U Groove”.

The deeper bigger cavity dissipates shock better and is purported to allow “the heel to find its natural motion path”. I will say that this heel feels a lot less chunky than a few of the shoes that I have been running in lately.

The Launch 4 upper offers slight changes which include a softer material, fewer 3D overlays, and a shortened toe bumper.

The subtraction and repositioning of the overlays has not affected the fit that much aside from possibly giving a bit more flexibility in the toe box which I found comfortably roomy.

One area of the upper that I appreciated was the lace up. Normally I am not a huge fan of a fat tongue on a shoe, but this paired with the fat laces and higher lacing saddle held my feet comfortably snug with no pressure points.

Over the past few weeks since I received the Launch 4 I am finding myself consistently reaching for it more than other shoes in my arsenal. I enjoy the well cushioned responsive ride and agility that this shoe offers.

What really impresses me is the versatility of the 4 as it serves not only as a daily trainer but performs great for fast tempo runs and speed work.

The subtle improvements have not only increased the durability of the shoe but helped enhance the feel and performance. With a $100 price tag the shoes are a great value and are sure to please both long time wearers and new comers alike.

We thank the nice people at Brooks for sending us a pair of Launch 4 to test. This did not influence the outcome of the review, written after running more than 50 miles in them.

Visit ShopAmazon.com
Sorry - Product not found. Please try RunningWarehouse.Com to check in their assortment.
This page contains affiliate links. As an Amazon Associate I earn from qualifying purchases.
WHERE TO BUY
LOWEST PRICE
$179