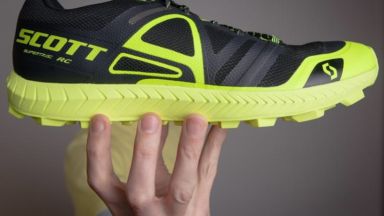 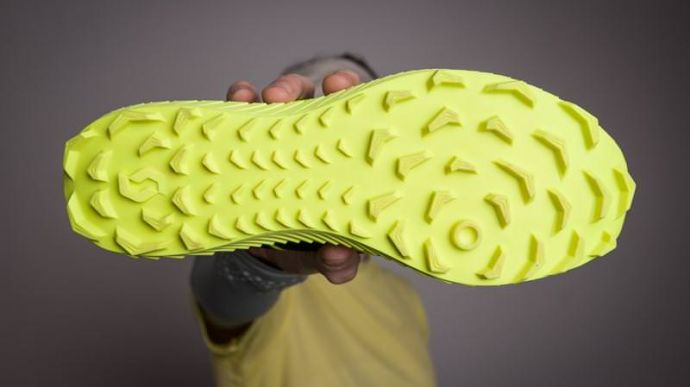 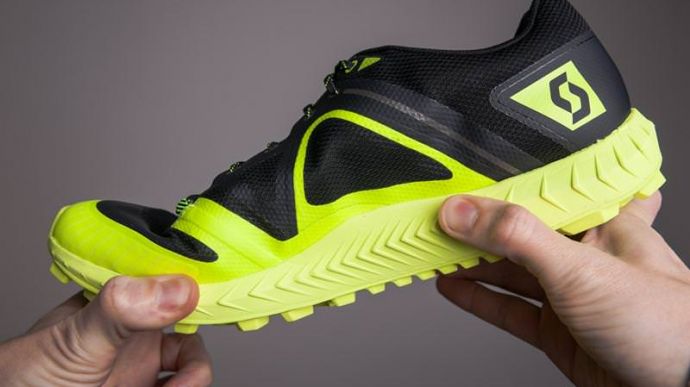 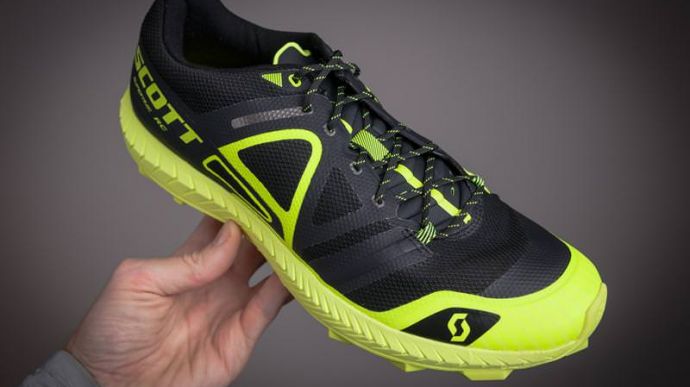 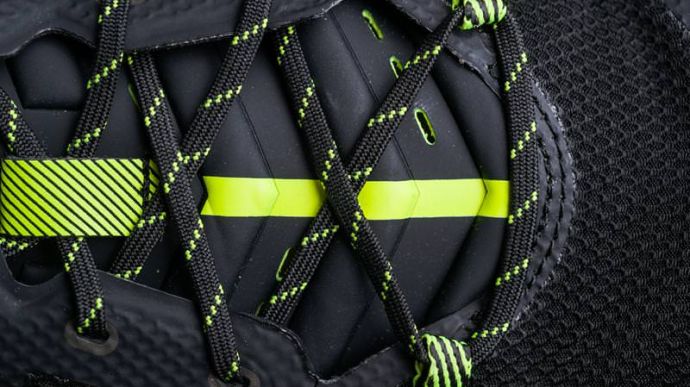 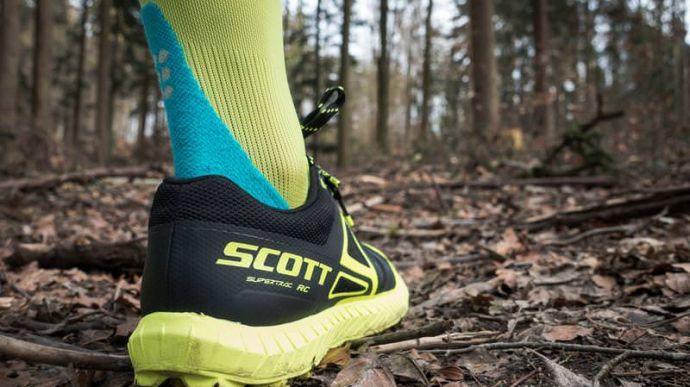 The Scott Supertrac RC is an sleek and agile trail runner ideal for those looking for a technical shoe with good balance between cushioning and and trail grip. A moderate price makes it good choice for value and performance.
WHERE TO BUY
LOWEST PRICE
$150
SHOE INFO
Scott
Brand
Supertrac RC
Model
Trail
Type
9.6 oz. (272 gr.)
Weight
150 US$
MSRP
5 mm
Heel Drop
Mar / 2017
Release Date
WHO IS IT FOR
The Supertrac RC is ideal for those undertaking short or long distance (marathon or ultra) runs on uneven and technical trails. Ideally suited for intermediate or advanced runners looking for an agile shoe.
Help me choose

The Supertrac RC was my first experience with Scott running shoes. It as been released as one of their premiere trail shoes, with a focus on providing a solution for running on uneven and technical terrain, and designed along with experts from the Technical University of Munich.

I was quite happy to have a chance to evaluate the Supertrac since this has the features needed for the type of trails I generally have my adventures on.

The sole has an aggressive lug design (aggressiveness of the lug pattern is on par with a shoe like the inov-8 Roclite 285) arranged in a 360 pattern, which provides good grip in multiple directions, while most running shoes have tread or lug patters oriented along the length of the shoe for a primarily forward direction of travel.

The overall shoe feel is very sleek and agile, but it includes medium cushioning in a rocker sole design. The lacing system provides a secure it and the uppers conform well to the upper foot.

I found that over-tightening of the laces can lead to uncomfortable pressure under that ankle, but otherwise the fit was quite good.

The Supertrac RC offers a good balance between trail feel and cushioning. With a 5 mm heel-toe drop the shoe allows for a natural stride, and keeps most of the cushioning in the mid-sole region with AeroFoam.

The sole geometry design philosophy is based around the Scott eRide system, which seeks to accommodate the needs of different runner types employing either forefoot or heel strike running styles.

The sole geometry is focused on a rocker deformation, which basically means there isn’t a ton of flex in the forefoot region, and when transitioning from the heel strike to the forefoot impact, the foot essentially rotates forward, as opposed to flexing at the ball of the foot.

This is similar to shoes I’ve run on like the Nike Vomero 11 Zoom, Terra Kiger and Wildhorse shoes. On the other end of the spectrum is a high-flex shoe like the Nike Free RN or inov-8 Roclite 285.

For moderate trails and climbing the rocker design works well, but when the terrain transitions more to larger inclinations where foot placement on rocks and steep sections becomes important, I prefer more flex in the forefoot region.

The rocker feel of the Supertrac RC is probably closet to the Terra Kiger, so that it has enough cushion to give protection in the mid-sole region, but is thinner at the forefoot region which gives good feeling for the trail.

In principle I would prefer a bit more flex in the Supertrac forefoot region, given that the shoe is intended for technical terrain.

This would aid it foot placement on steep sections in the alpine environment. However, if you’re mainly running moderate alpine races like the Swiss Alpine, Swiss Iron Trail, or Sky Running races, the rocker sole will probably be more important for you.

I can image that the lower flex in the fore foot region also works well with the 360 lug design, which radiates from the ball foot location, and this will ensure that the 360 pattern embeds in the soft ground with a more even distribution than if there was a high flex built into that region.

The excellent mid-sole fit helps to keep the foot from sliding forward, which is where toe injuries originate from.

One of the most distinct features of the Supertrac is the radial or 360 lug design.

I recall seeing a variant of a 360 lug arrangement on some of the Mammut trail shoes when they were first released at the inaugural Swiss Iron Trail event back in 2012.

This makes a lot of sense since when going up or down a trail, it’s the ball foot location the has the largest impact on foot stability when your foot is landing and making contact with the ground.

The vast majority of running shoes have tread and lug patterns with a rectangular array arrangement, so that the lugs are directed along the director of the foot. However, in sport design I’m a big fan of multi-direction design.

The radial lug pattern is attractive since it gives you more freedom in foot placement and maintaining foot stability. This can be important when moving up and down steep slopes as well as wet or snow-covered terrain.

The aggressive nature of the Supertrac lug pattern reminds me a bit of the inov-8 Roclite 285 and Salomon S-Lab soft ground shoes.

I often use the Roclite 285’s in the Springtime in the Alps, where I have to negotiate a mix of wet grass and snow about 1500 m.

Additionally, in 2016 I traveled to Norway to run the Xreid race, which transitioned between marshland to snowy mountain ridges.

In the first part of the race I went with the Nike Wildhorse, which didn’t really have an aggressive enough lug profile to give me stability on the wet grassy slopes (I fell a few times), and I switched to my Salomon S-Lab soft ground shoes for the 2nd stage of the race.

These are situations where an aggressive and multi-directional lug pattern will make the difference between having to carefully place your foot with the pattern against the director of the slope, or having more freedom in moving more naturally along the line of an ascending or descending ridge.

Although I like the radial lug pattern, I feel that the rubber used should be a bit stiffer, ideally with some carbon filler, as this would improve the penetration in soft ground and additionally improve wear over time on highly abrasive terrain such as alpine rocks.

A trail running shoe can look cool and have great features, but if it doesn’t fit securely, everything else is worthless. The most important feature for me is the mid-sole fit between my foot and the shoe.

The proper mid-sole fit is a combination of proper lace tension distribution, tongue design, footbed geometry/stiffness, and tension in the upper material, which ultimately defines the total mid-sole fit.

I found that all my criteria for a solid mid-sole fit are addressed in the Supertrac design, with some adjustment needed to conform to my personal feet biomechanics.

A common problem I’ve experiences with mid-sole fit of some shoes is that companies don’t pay enough attention to the physical design interaction between the lacing system and tongue.

In extreme cases this can lead to pressure points when a shoe is tightened too much. A classic example is the Salomon Wings S-Lab, where they use a lacing system that you pull and secure.

In principle it works to create a tight fit, but when over-tightened I get pains due to high compression points near the end of the lacing system (towards the toes).

On the other end of the spectrum is a shoe like the Brooks Pure Grit 2, which utilizes an asymmetrical upper and and lacing design that provides for a very good mid-sole fit.

The Supertrac tongue is relatively thin, but has structured tube profiles integrated the design, so conforms very well to the top of my foot.

Then, the lacing system provides for very good distribution of tension over the top of my foot. I don’t feel any specific points of high compression due to stress concentrations arising from the lacing system.

The lacing system then connects directly to tensing material that connects to the sole and provides for a solid fit. This is important for me, since without the solid mid-sole fit, the 360 lug pattern advantages would be lost.

I mentioned there was a drawback for me personally, and that is a pressure point at the top of my foot near my ankles and additionally near the toe box.

I would benefit from the upper material being placed just a bit low (maybe 2-4 mm) to give more room under my ankle and prevent stress points on the nerve is that region.

Other shoes mitigate such a fit problem by a bit of foam or cushioning in the material design. Over multiple runs though, I found I needed to not over tighten the laces at the top.

Since there is a lot of friction over the laces along the tongue, this didn’t hinder the fit, and the shoes felt secure after adjusting the upper laces tension.

A second point is that when flexing fully on the forefoot, the stiff part of the lacing system that connects the laces to the sole puts a bit of pressure on my upper toes.

It’s not as bad as the Asics Fuji Trabuco, and I’ve had similar discomfort with the Nike Wildhorse.

This seems to be mainly inherent in the rocker ride shoe design philosophy, although I think it could be addressed by employing some compliant design features into the transition area between the toes and the upper foot material design sections.

Overall I like the Supertrac RC trail running shoes, they don’t work perfectly with my biomechanics, but they have a few stand-out design features.

The mid-sole fit is great and the aggressive 360 radial lug patter provides for very good stability on trails and soft ground running surfaces.

I would like to have a bit more flex in the forefoot and stiffer lug material, but overall I find it to be a good choice for technical trail runs and races.

I’m looking forward to some spring running adventures in the Swiss Alps with the Supertrac and might take them on Xreid if I run it this year.

We thank the nice people at Scott for sending us a pair of Supertrac RC to test. This did not influence the outcome of the review, written after running more than 50 miles in them.