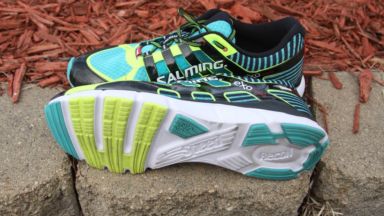 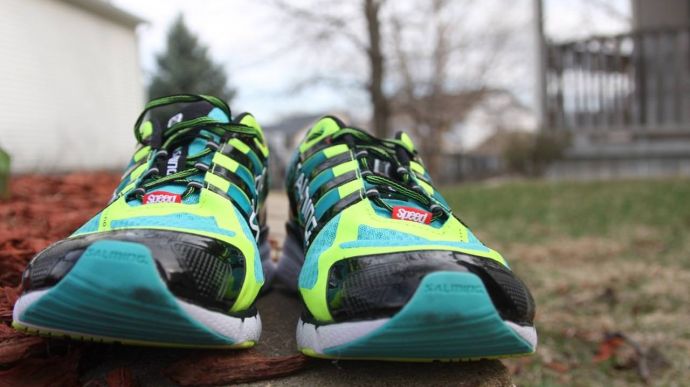 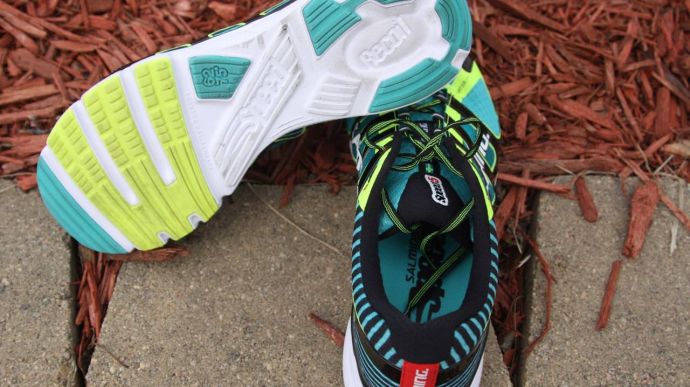 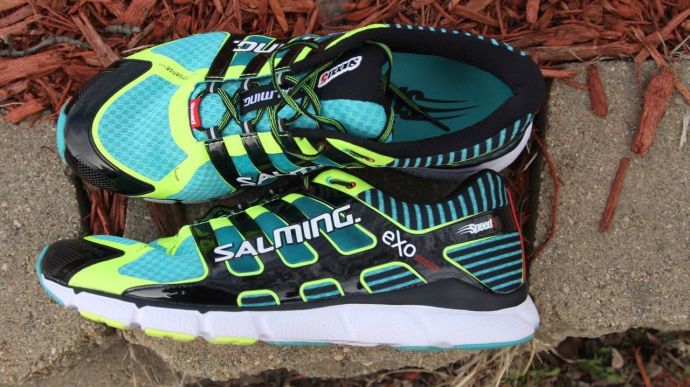 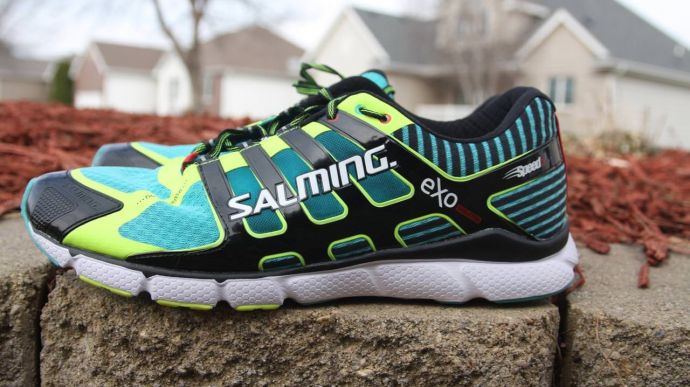 The Salming Speed 5 is a high end speed trainer that will keep you pushing the pace. However, at $140 it seems a little steep on this update.
WHERE TO BUY
LOWEST PRICE
$130
SHOE INFO
Salming
Brand
Speed 5
Model
Lightweight
Type
8.70 oz. (247 gr.)
Weight
130 US$
MSRP
6 mm
Heel Drop
Mar / 2017
Release Date
Speed 3
Previous model
WHO IS IT FOR
This shoe is for experienced runners who need to add a speed trainer to their weekly routine. This can also work as a good race shoe.
Help me choose

Salming, the Swedish brand that can be seen more and more at races around the US, has a complete philosophy on running, and what should be strived for from all those who take up the sport.

Promoting proper running form and posture, and designing their shoes to help support this belief.

The Speed 5 is a complete redesign of their low stack option that delivers on the name by giving the runner a lightweight speed trainer that feels much like a well cushioned racing flat.

In fact, they could be a great racing flat for higher mileage road races.

The Salming Speed 5 is the company’s top of the line speed trainer. It is made for you to push your pace and work on tempo and speedwork.

However, the company jumped from the Speed 3s (a very impressive speed trainer) to the Speed 5 after a complete overhaul of the line.

This shoe features a new sole unit — although still using the brand’s T.G.S. 62%/75° technology on the outsole. It also features a new upper, with a more modern look.

This shoe will compete against other tempo/speed or lightweight trainers, such as the New Balance Boracay v3, Brooks Launch and Nike Zoom Elite.

However, at the $140 price point, they come in much more expensive than many other options in the category. Upon unboxing, the shoe has a great look. The colorway is very appealing and can be used with many different looks.

The first time I wore it, they felt good under feet, but the upper was stiff. Upon my first run, the feeling remained, with the upper still feeling stiff and digging into my foot a little.

The sole unit has basically the same stack height as before, but a new design and look. The midsole material has been updated from the RunLite material used in the Speed 3 to a new Recoil and Recoil R materials.

This material is said to produce more energy transfer — although I can’t say that I noticed that when running back-to-back compared to the Speed 3s.

The outsole is still using the blown rubber for superior traction on most surfaces. This portion of the shoe is where you’ll see the T.G.S. 62%/75° technology which helps keep the shoe flexible through out your stride.

The biggest issue is that I feel as though this redesigned on the sole unit has moved the shoe away from what made it so great in its previous iterations.

The Speed 3 was a wonderful, lightweight trainer that involved great ground feel. However, I feel some of this has been lost with the updated sole.

The upper has been completely redesigned. Moving away from the three-layer design from the Speed 3, to a more modern trainer look.

In fact it seems as though they have taken the upper from the Miles, and stripped it down a little. The upper is designed with a 2 layer construction and an “ExoSkeleton” construction on top of that.

The first inner layer uses a large mesh for breathability and sock-like comfort, even while barefoot. The second layer is a thin mesh that is designed for water drainage while keeping out sand and gravel.

The outermost layer is an ExoSkeleton unit which has the lacing area integrated into it, holding the foot in place and creating an unsurpassed fit.

The biggest issue with this upper, and the redesign, is that the ExoSkeleton unit is stiff, and never really seemed to loosen up.

After more than 60 miles in these shoes, the overlays were still pushing into my feet and created pressure that could sometimes be unpleasant. Specifically, the overlays pushed into the proximal phalange of my big toe.

Overall, this offering from Salming has the looks of a shiny new car. It’s completely new all the way around. And for the first couple times out of the garage, you’ll be excited about your new ride. However, as the miles get piled on the honeymoon will end.

Now, don’t get me wrong. These are not bad shoes. In fact, they are still upper echelon for speed/tempo trainers. But when I compare them to the Speed 3s, they just don’t meet the expectations I had when I received them.

These new Speed 5s look much nicer then did the 3s. But I miss what the 3s were like on my feet. Maybe the bigger issue in this is that there are the expectations after one of my favorite shoes of 2016, and the $140 price tag.

If you are going to drop that much money for a shoe like this, you expect it to hit all marks. Unfortunately, the lost ground feel on the sole unit, and the pinching feeling from the upper left me feeling a little lacking.

If it were only the ground feel, and the upper felt better, then I could forgive and this would be a 4-star (8/10) shoe.

But, unfortunately, Salming missed the mark on two major attributes to this shoe that distinguished it last year. Hopefully, this is something they fix in the next model.

We thank the nice people at Salming for sending us a pair of Speed 5 to test. This did not influence the outcome of the review, written after running more than 50 miles in them.