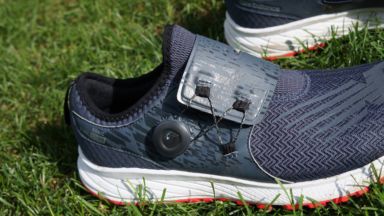 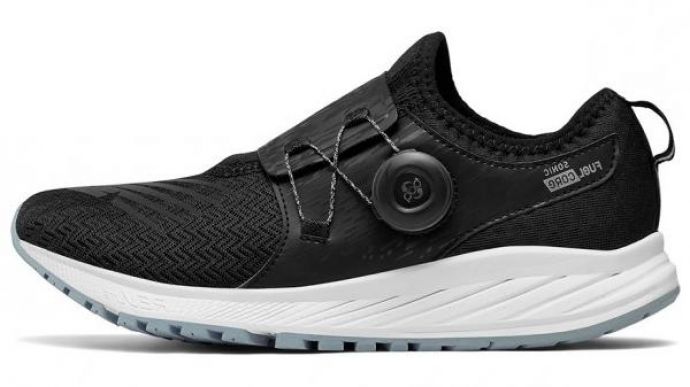 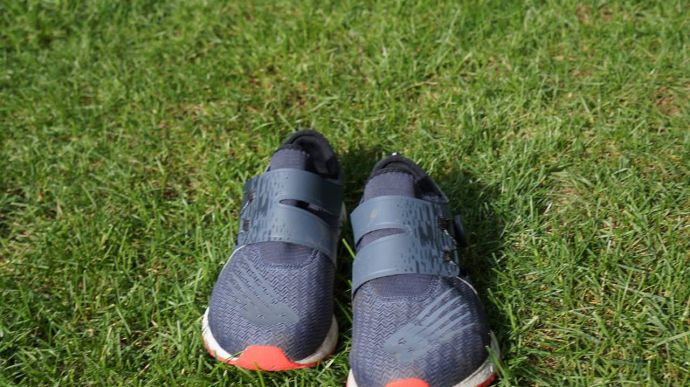 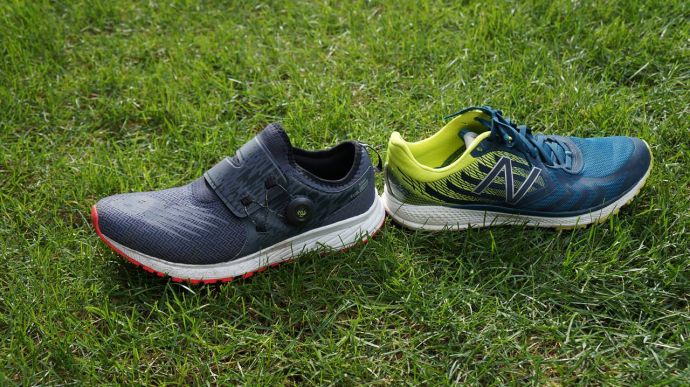 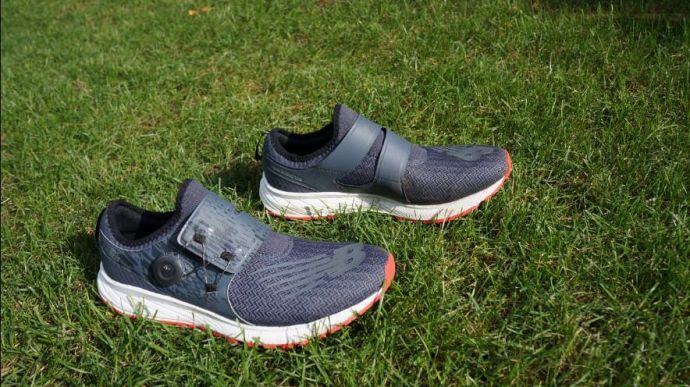 The New Balance FuelCore Sonic has all the makings of a solid trainer for logging big miles, a firm responsive midsole, beefy outsole, and durable upper with a great fit.

The Boa lacing might seem a bit gimmicky, but it does a great job of distributing pressure and is wickedly fast to put on and take off, which helps get those sluggish early morning runs going.
WHERE TO BUY
LOWEST PRICE
$110
SHOE INFO
New Balance
Brand
FuelCore Sonic
Model
Lightweight
Type
8.4 oz. (238 gr.)
Weight
110 US$
MSRP
6 mm
Heel Drop
WHO IS IT FOR
Somebody looking for a traditional performance trainer to log tons of miles in, without a modern twist.
Help me choose

This shoe feels like an evolution of New Balance’s current line of daily trainers. If you’ve ever used the Vazee Pace v2, this shoe feels almost identical.

I seriously ran a warm up with one each foot and couldn’t tell much of a difference. That’s by no means an issue.

The Vazee Pace v2, which has the same amount of stuff made from the same materials for the midsole and outsole, albeit with slightly different patterns, was an amazing shoe for logging lots of miles.

The FuelCore Sonic adds on to that great platform a slightly lighter upper with the wicked fast Boa lacing system.

This is pretty much the same as from my review of the Vazee Pace v2, and why wouldn’t it be? They both feature an 18mm stack height in the front and 24mm in the back, curtesy of New Balance’s RevLite midsole with a blown rubber outsole.

The midsole is a responsive, firm unit that can take hundreds of miles of beating without breaking down. The 6mm drop accentuates this performance trainer DNA that flows from the firm midsole.

Moving onto the shape of the sole, the performance DNA continues with the distinct toe curl upwards, something you’ll see on most racing shoes.

The outsole, however, is where the performance DNA ends and the durability aspect of this shoe shines. There is a lot of rubber down there, and not only that but it’s a hard compound.

What that means is that while this sole will be able to handle tons of miles, don’t expect it to impart tons of grip on wet roads. Even with a bit of dampness you can feel them starting to slip when you start pushing the pace.

The upper is where the FuelCore Sonic makes a name for itself separate from the Vazee Pace v2 it shares so much with. Most noticeable is the Boa lacing, so let’s get right on to how it performs.

Pulling the shoes on, a quick twist of the fat dial reels them to the perfect tightness every time. Since the laces are so thin, they slide to evenly distribute the pressure between the front and back.

And then the snugness comes from the wide strap they pull over the top, meaning you don’t feel the laces, rather the whole top of the shoe hugs your foot.

Seriously an awesome feeling. When it’s time to take them off just pop the dial out and the laces are unlocked.

As for the rest of the upper, I’d say its solid but not amazing. Like the outsole, it’s a bit on the thicker side but that just makes it feel like it will last forever.

This means they won’t be as breathable as a lot of the thin techy shoes on the market, like Nike’s flyknit, but they’re by no means bad in that regard.

Unlike flyknit shoes, though, I wouldn’t wear these sockless, especially at first. The ankle collar is on the rougher side.

While this dulls otherwise great shoes, they do work great as long as used with socks, at least until the ankle collar has some time to break in. Towards the end of my test they were had softened up enough to wear sockless.

I’d wholeheartedly recommend the New Balance FuelCore Sonic to any runner looking to log serious miles in a neutral performance trainer that can take a beating and keep on performing.

Are they better than the Vazee Pace v2 with which they have so much in common? Selling at the same MSRP, I’d say why not? Everything on the FuelCore Sonic is every bit as good, but without the need to fuss around with the laces.

We thank the nice people at New Balance for sending us a pair of FuelCore Sonic to test. This did not influence the outcome of the review, written after running more than 50 miles in them.