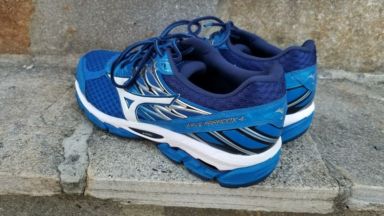 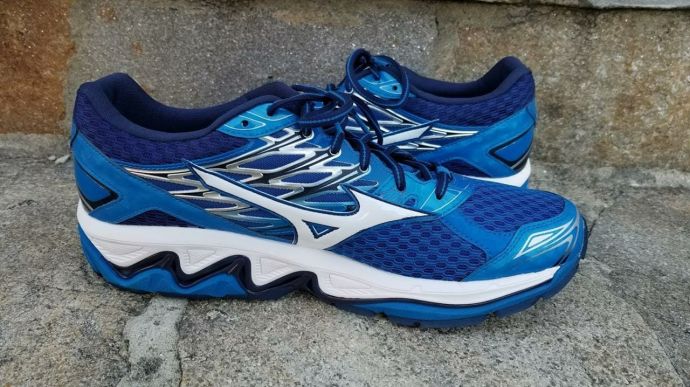 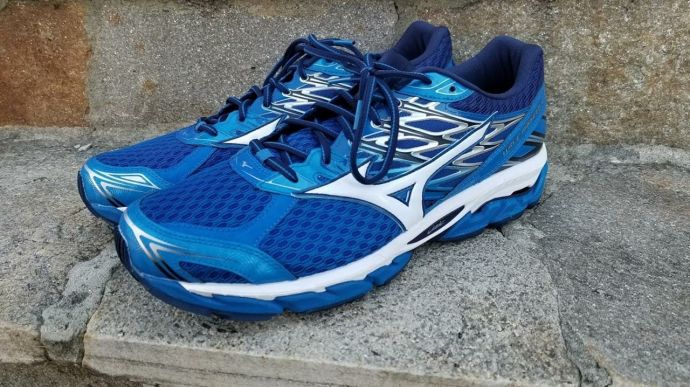 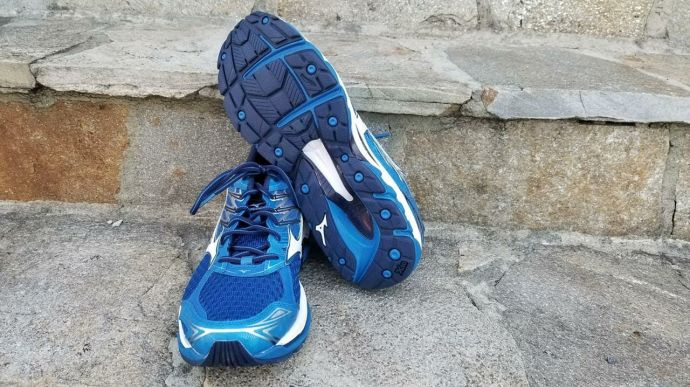 The Mizuno Wave Paradox offers some of the highest stability and support out today. Sadly, this is its biggest shortfall.
WHERE TO BUY
LOWEST PRICE
$140
SHOE INFO
Mizuno
Brand
Wave Paradox 4
Model
Stability
Type
11.10 oz. (315 gr.)
Weight
140 US$
MSRP
12 mm
Heel Drop
WHO IS IT FOR
Recommended for runners that need the highest amount of support and pronation control. Ideal trainer for someone working toward their first half marathon or marathon.
Help me choose

When Mizuno first introduced the Paradox, it was a fresh breath of air. It was a nice replacement to the now defunct Nirvana and Alchemy lines that they offer.

I liked the unique style and the shoe was able to perform fast despite it being a little on the heavier side.

I hadn’t run in these since the maiden voyage and was curious to see what they had done. Unfortunately, I felt underwhelmed with this version both in terms of style and performance.

This is Mizuno’s 4th edition of the husky trainer. In Mizuno’s stability lineup it sits at the very top, above the Wave inspire. It competes with other workhorse shoes like Brooks’ Adrenaline GTS and ASICS’ Gel Kayano line.

I wasn’t impressed upon unboxing. What drew me to the original paradox was the unique style. Now, 4 versions later it doesn’t have that pop that set out to differentiate it from the others.

It looks like a chunkier Wave inspire. So much so that when I look at them side by side they look nearly identical! My first run in them had me wanting more. They felt comfortable but there was something that felt missing.

There is a high amount of tread, enough for these to be able to go off road. I had zero traction issues and they handled great in inclement weather.

The blown rubber is built to last and looks to have a long life ahead of it. At the end of my testing, the shoes looked to have barely worn down which was a nice indicator to justify the high price tag.

The foundation is the Wave Plate; a piece of plastic that goes along the midsole with a wave design in the heel. It is designed to provide stability, absorb shock and give a stiffer ride by design.

The wave plate in the Paradox presents the shoe as one of the most stable shoes out right now. In theory this works great. The ride is incredibly stable and combats my overpronation.

When running, I landed on my forefoot and heel thanks to the high 12mm drop. Unfortunately I found it incredibly hard to push off because of how stiff and heavy the sole felt.

The upper is incredibly cozy and breathable. There a mix of signature AIRmesh and plastic throughout. There is ample room in the toe box and I see no reason to have to size up. Contrary to the sole, it feels very light.

The lacing is not restricted at all. The plush tongue allowed me to tie the shoes tight and I never had any issues with it constricting my foot. The stitched overlays secured the sides of my feet.

As expected with heavy duty stability trainers, the heel is reinforced. A combination of a hard plastic exoskeleton and padding cups my heel perfectly; no slippage.

A good amount of testing I did on this was centered around the A race for my marathon training cycle. I found the shoe worked best for me on my recovery days after long runs. I exclusively ran in these the week following my marathon where my body was very sore.

I found the shoe to be comfortable and it felt incredibly durable. This was great for me when my body needed active recovery. Unfortunately, it just didn’t translate well into other runs.

I think Mizuno’s approach to stability is executed much better (and cheaper) with the Wave Inspire.

I really think Mizuno is due for an overhaul in tech. They need to do something similar to what ASICS did with FlyteFoam or Saucony’s Everrun. The wave just didn’t carry me through like it has in the past.

We purchased a pair of Mizuno Wave Paradox 4 from runningwarehouse using our own money. This did not influence the outcome of this review, written after running more than 50 miles in them.