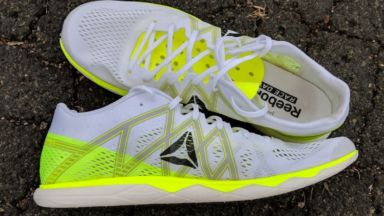 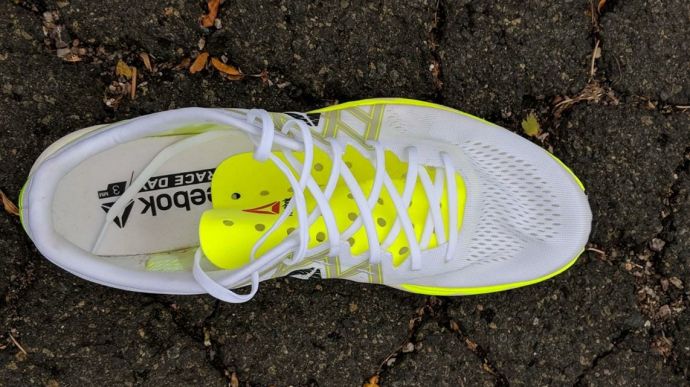 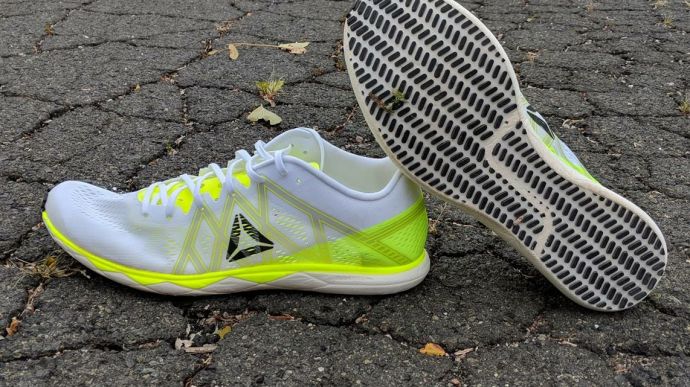 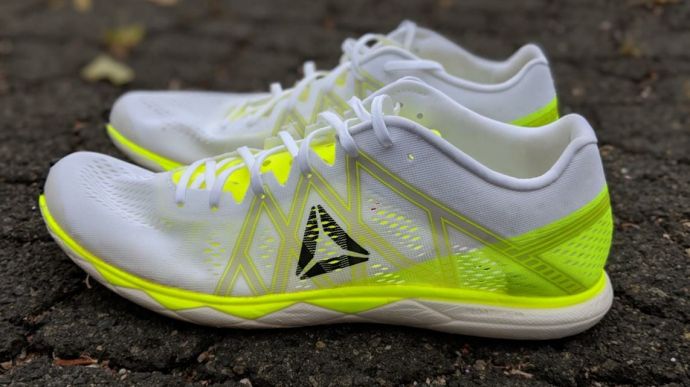 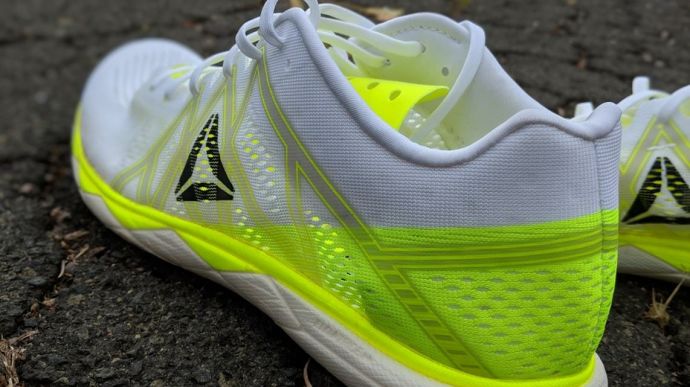 The Reebok Floatride Run Fast Pro is an elite level racing flat that is truly pushing the boundaries of being lightweight while still protective enough for the marathon.
WHERE TO BUY
LOWEST PRICE
$64
SHOE INFO
Reebok
Brand
Floatride Run Fast PRO
Model
Racing
Type
3.5 oz. (99 gr.)
Weight
250 US$
MSRP
3 mm
Heel Drop
Jul / 2018
Release Date
WHO IS IT FOR
Designed to directly compete with the Adidas Adizero Sub2 and the Nike Vaporfly 4%, the Floatride Run Fast Pro uses a very resilient foam made from Pebax to create a soft, but energetic and responsive ride for elite road racing.

This shoe definitely sets out to cut weight off of even the lightest racing flats on the market for elite level road runners.
Help me choose

Reebok has all but disappeared from the running shoe market over the past 15 years, instead focusing on NFL football among other enterprises.

I had completely forgotten about them until the re-release of the new Floatride line of running shoes in 2017.

Initial reviews were very positive, and it seems that Reebok has managed to create their own proprietary foam compound to rival Adidas’ Boost and Nike’s Zoom X material.

What is most surprising about the Reebok Floatride Run Fast Pro racing flat is just how much cushioning Reebok was able to cram into a 3.5 ounce shoe. Its absolutely mind boggling.

Very briefly, the Reebok Run Fast Pro is a racing flat designed to be on the very cutting edge of speed, and it certainly is Reebok’s top flight racing shoe designed to compete head to head with the two other aforementioned boutique racing flats on the market.

It seems to be a very bold move for Reebok to re-enter the market aimed directly at the big dogs, but they’ve created something special with the Floatride Run Fast Pro.

Initial impressions of the shoe were a bit jaw dropping considering just how lightweight these shoes felt. The Floatride Run fast Pro is a full two ounces lighter than the Adidas Sub2, and half the weight of the Vaporfly 4%.

But, weight doesn’t matter if you feel your feet are slapping the ground on two pieces of cardboard.

An initial tempo run confirmed that the Floatride Foam is completely legit, and my feet felt much more protected under the forefoot than they would in my typical 7 ounce racing flats.

Really, the crowning achievement of this shoe is the Floatride foam which is comprised of Pebax which is a thermoplastic.

Similar to what Nike is using in its Zoom X foam, Pebax, when blown into a foam, is lighter weight, springier, and less liable to condense over time than traditional EVA foams.

In short, the Floatride foam makes Adidas’ TPU based Boost foam feel completely obsolete in terms of the amount of underfoot cushioning and the feeling of energy return throughout the gait cycle.

If you haven’t had the chance to try a Pebax based foam I would highly recommend it, and all of Reebok’s Floatride models feature this technology.

The Floatride Fast Run Pro has a very low heel drop of 3mm which is immediately noticeable, and this is a racing flat that puts you on your toes.

Thankfully, there is plenty of soft, but responsive protection from the Floatride Foam throughout the forefoot of the shoe, and this really is a fast workout/ race day shoe.

The outsole of the Floatride Run Fast Pro is also a great piece of functional design and consists of pieces of sticky TPU foam that is injected into the midsole foam.

It looks like durable carbon rubber from afar, and I’m not showing any wear on the outsole after about 25 miles.

For those of you unaccustomed to racing flats, typically they’re good for about 150-200 miles and they’re strictly to be reserved for fast workouts and racing.

I am curious as to how well this outsole will hold up over time, but it sticks to pavement extremely well and improves performance.

The Reebok Floatride Run Fast Pro has a fit and last of a racing flat, meaning a snug mid-foot and heel and a rather narrow forefoot.

Typically, I really struggle with this type of fit as I inch towards forty, but the Run Fast Pro was just wide enough for me and it fits true to size.

It definitely helps that the upper consist of an almost seamless engineered mesh which has some give to it.

Regardless, as with any racing flat you will want these puppies to really hug the foot over a fairly thin racing sock and not move around too much would could result in blisters.

I have long felt that racing flat design has become fairly stagnant over the last several decades.

Most big city marathons feature over 98% of the field running in training shoes and never really caring, or feeling fast enough, to try a more aggressive shoe on race day.

A racing flat probably doesn’t make a difference for runners averaging over 7:00 minute miles, but in the heyday of American marathoning of the 1970s and 1980s almost the entire field was wearing the race oriented models of the day.

Only in the last three years, with widespread and renewed interest in marathoning and the sub-2:00 barrier have companies challenged themselves to push the boundaries of racing flat design.

Nike chose one end of the spectrum with the Vaporfly 4% which has a stack height of 39mm, and Reebok has chosen a more traditional design with 20mm in the heel and 17mm in the forefoot.

What they share in common is this Pebax based foam which is on another level from anything else on the market.

Yes, the price is fairly ridiculous ($250), and this really is a racing shoe that could be worn by lightweight elite runners with a neutral gait, but thats not what I’m here to review.

If you look comparatively at other sports, like triathlon, you will drop thousands before even getting to the starting line.

For a sub-elite runner looking to run a PR in the 5k- marathon distances the Reebok Floatride Run Fast Pro is a great investment.

I’m sure we’ll see other running shoe companies move towards these Pebax based foams and skip the TPU based foams like Adidas’ Boost which is no longer state of the art, and at that time cost will come down significantly.

I would encourage any runner to check out Reebok’s lineup right now as they seem to have re-emerged with a vengeance.

We purchased a pair of Reebok Floatride Run Fast PRO from runningwarehouse using our own money. This did not influence the outcome of this review, written after running more than 50 miles in them.

Visit ShopAmazon.com
Sorry - Product not found. Please try RunningWarehouse.Com to check in their assortment.
This page contains affiliate links. As an Amazon Associate I earn from qualifying purchases.
WHERE TO BUY
LOWEST PRICE
$64