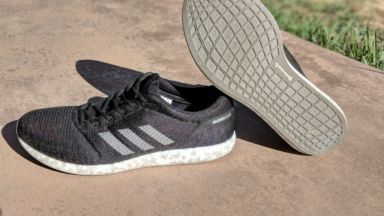 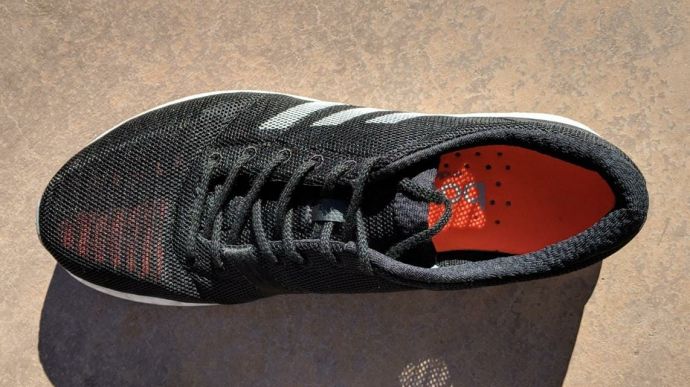 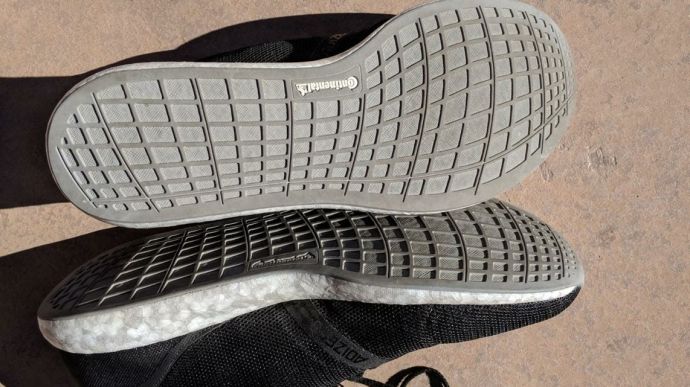 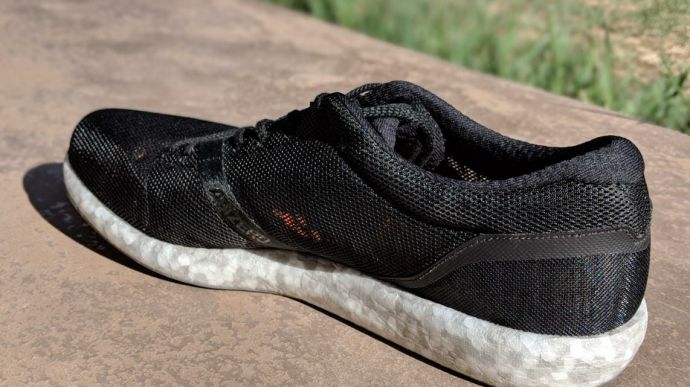 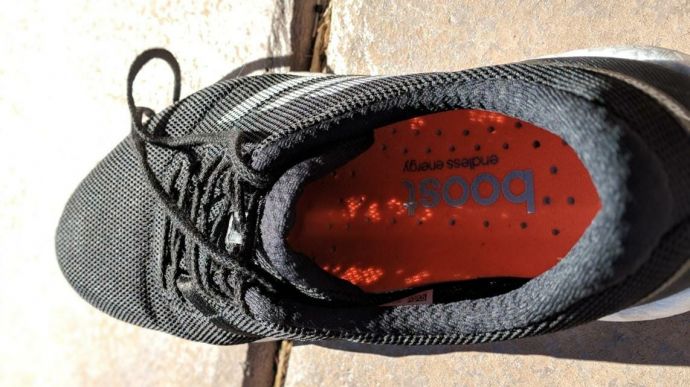 While the Adidas Sub2 manages to be an amazingly well made, well cushioned, racing flat, it does little to innovate on the traditional racing flat construction or underfoot feel/ performance.

Adidas has managed to design a beautiful racing flat, but those runners expecting technological innovation that will allow them to run faster will be sorely disappointed.
WHERE TO BUY
LOWEST PRICE
$180
SHOE INFO
Adidas
Brand
Adizero Sub 2
Model
Racing
Type
5.50 oz. (156 gr.)
Weight
180 US$
MSRP
6 mm
Heel Drop
WHO IS IT FOR
The Adidas Sub2 racing flat is an elegantly designed, well cushioned racing flat aimed at taking on the marathon distance. While aimed at the elite marathoning crowd, this is a racing flat that can be worn by most competitive age group runners up to a half marathon.
Help me choose

The Adidas Adizero Sub2 racing flat is the Adidas’ much anticipated attempt at designing a competitive shoe for the ridiculously overpriced, and very popular, Nike Vaporfly 4% flat.

Both shoes were designed to push world class marathoners under the two hour barrier, and while the Nike model really broke the mold, the Adidas Adizero Sub2 really sticks to traditional racing flat feel and construction.

On one hand you experience beautiful design, simplicity, and an unbelievably lightweight package, but, on the other hand, there are only a handful of sub-elite runners that can use this flat for a full marathon.

For the rest of us this is a $180 10k flat that we worry about getting too dirty in between races.

The Adidas Adizero Sub2 is an elite racing flat aimed at helping Adidas’ flagship runners break the two hour barrier in the marathon.

It sits atop Adidas’ racing line, eclipsing the Adios Boost as their most expensive, and lightest, racing shoe.

Compared to other racing flats on the market, the $180 Sub2 is about $80-$90 more expensive, and does not offer that different of a ground feel or performance boost.

When I unboxed the Sub2 I was struck by the simple and elegant designs as well as the weight.

At 5.5 ounces this shoe is light and airy while still offering the kind of cushioning normally experienced in a shoe that weights two ounce more at least.

The Sub2 is open and airy and the very simple three stripes logo is printed on. Pure art for design aficionados out there.

This is really where the Sub2 shines as it has a stack height of 21mm in the heel and 15mm in the forefoot, and the Boost Light really packs in fairly soft, but responsive, cushioning into a featherlight shoe.

As stated before, all of the competitors on the market (marathon racing shoes) really come in at 2-3 ounces more for that stack height.

Will the Boost Light material be as resilient as Adidas’ Boost TPU foam has proven to be, only time will tell. I put this shoe through several faster paced workouts and it didn’t require any break in time, nor did I feel any deadening of the midsole cushioning.

What’s troubling to me is that while Adidas managed to create a beautiful flat with great cushioning in a very svelte package, but why the $180 price tag?

I don’t see the same level of innovation or breaking of the mold that I experienced with the Nike Vaporfly 4%, and the Sub2 doesn’t feel all that different than a tried and true long distance flat like the New Balance 1400.

The outsole of the Sub2 is a very simple one piece Continental outsole without any cutouts or lugging. This rubber felt adequate, but it doesn’t feel as grabby as the forefoot on the Adios Boost.

That the Sub2 does have is ample surface area that should accommodate all types of foot strikes.

Additionally, the Sub2 was more flexible than other racing flats I own including the NB 1400, Nike Vaporfly 4%, Adidas Adios Boost, and the Nike Rival.

I do think that this contributed to some extra foot fatigue as my feet seem to be working harder in this shoe.

The simplest upper designs are usually the best, and the Sub2 really gets this right. A light and airy dual density mesh covers the entire upper with only one supportive overlay on the medial side of the mid foot.

There are some other reinforcements on the inside of the shoe, underneath the printed on Adidas stripes and around the toebox (these are silky soft), but this shoe is mostly mesh.

The heel cup is moderately firm and the heel cuff is lower than most Adidas shoes.

I found that I loved the fit of the Sub2, with its wider forefoot platform and mesh with a little give, than all other Adidas shoes on the market.

While many flats on the market have a narrow last and tapered toe box, the Sub2 will work for runners needed a bit more toesplay to avoid blisters and hotspots.

I really enjoyed my workouts in the Sub2, and while I didn’t get to race in them I was able to push the distance they felt comfortable for. For me, the Sub2 is a 5k to half marathon shoe, nothing more.

It pushes the limits of lightweight cushioning, but it lacks the performance enhancing feel of a shoe like the Vaporfly 4%, its direct competitor. After a 12 mile workout in the Sub2 my feet were pretty beat from pounding the concrete.

While I appreciate the 5.5 ounce weight, I would gladly ask for more weight if the shoe was a bit more responsive, possibly more stiff, and with a bit more cushioning for non-elite runners.

Adidas nails the upper here, and they would do well to expand this to the Boston, Tempo, Adios, and Supernova lines.

Ultimately, I think this is more a shoe for Daniel Wanjiru than your regular sub-elites on the starting line.

We purchased a pair of Adidas Adizero Sub 2 from runningwarehouse using our own money. This did not influence the outcome of this review, written after running more than 50 miles in them.