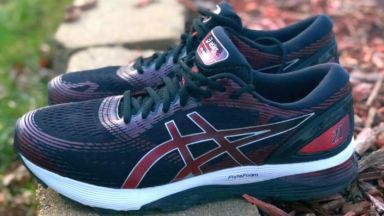 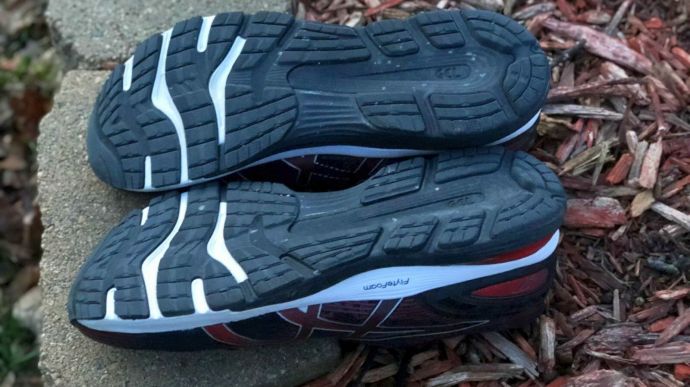 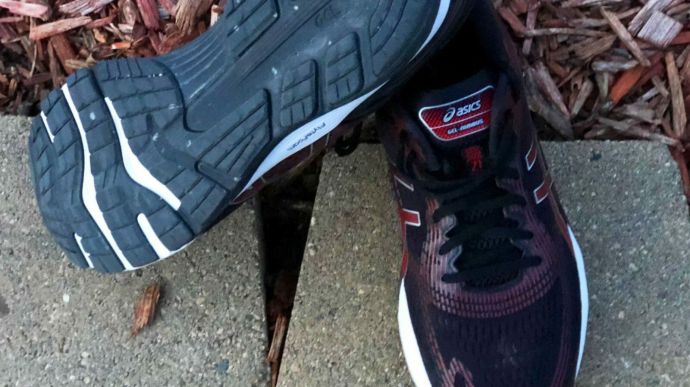 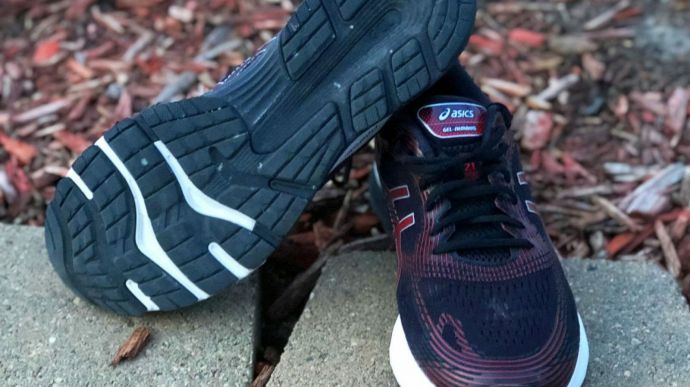 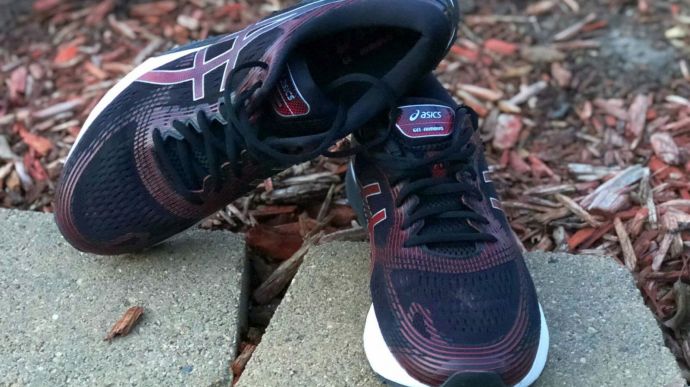 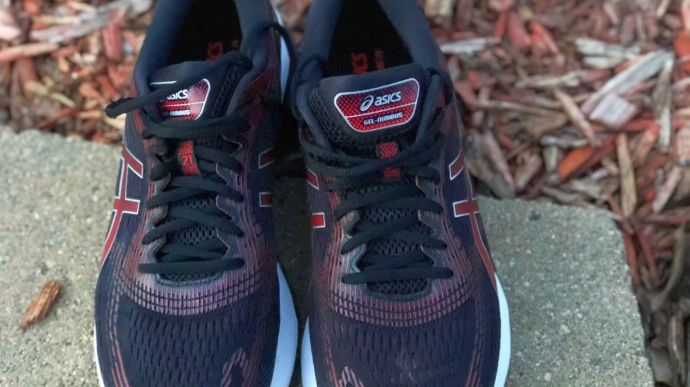 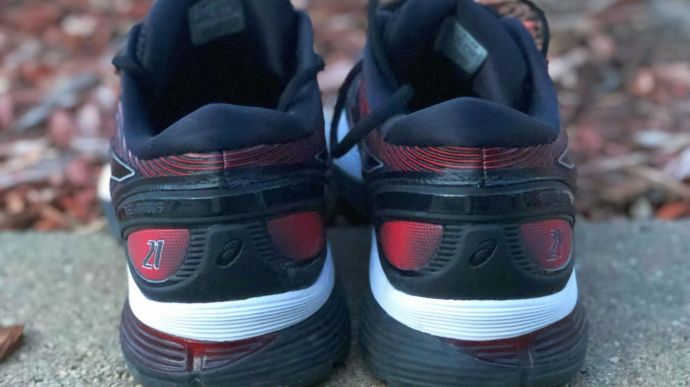 The ASICS Nimbus 21 is a long-distance trainer that combines a good amount of cushion for the long run with some spring when upping the pace. Although pricey, they use a lot of high-level technology to protect and propel you.
WHERE TO BUY
LOWEST PRICE
$79
SHOE INFO
Asics
Brand
Gel Nimbus 21
Model
Cushioning
Type
11.1 oz. (315 gr.)
Weight
150 US$
MSRP
10 mm
Heel Drop
Asics Gel-Nimbus
Family
Gel Nimbus 20
Previous model
WHO IS IT FOR
This shoe is intended for any neutral runner. It can work for beginners or experienced runners, and runners of any size.
Help me choose

All of the the big boys in running shoes seem to have the same set of lines, the $90 step-down trainer, $100 speed trainer, the $120 mainstream trainer and the $150 max trainer.

In the past year, I have reviewed and compared almost all of the max trainers and seen how that level of shoe has changed and how each company is a bit different from the others.

You have popular offerings like the Brooks Glycerin, Saucony Triumph ISO and ASICS Nimbus; the less popular but still prominent Nike Zoom Vomero and New Balance 1080s; and the new kid on the block, the Altra Paradigm.

In this case I was able to run in the fully updated ASICS Nimbus 21.

Having seen a drop in popularity and many complaints in the last few years, ASICS decided to completely redesign the shoe, and in doing so may have runners coming back to give them a try.

When these shoes first showed up, I was excited to see how they would look. To be honest, the first visuals of them are not that impressive.

They are not as pretty a shoe as are the Glycerins or the 1080s, and the color pallet is much more subdued than the Triumphs or the Paradigms.

They look nice, don’t get me wrong, but they are not something that would be eye catching. Looking at the available colorways, unfortunately, the Nimbus 21 would not be considered an “exciting” shoe.

However, when I put these shoes on, they were wonderful. The overall first impression went from drab to quite positive. There is a lot of cushion but my feet didn’t feel like they were sinking into the footbed.

Instead, I felt supported and had a little bounce in my step. During the all-day teaching test, they held up very well. And on their first run — an 8-mile long run — they did the job great, with no break-in needed.

ASICS uses all of their newest technology on this shoe to offer the smoothest, most cushioned ride possible. I must say, that in my experience in the brand, this was the most enjoyable ride for long runs that I’ve had.

I had to fight with it a little when I wanted to do full speed, but the spring was great for controlled tempo and long-mile runs.

In this version they have used their signature Gel Cushioning System in the heel and along the outside of the forefoot to help absorb shock on your impact.

These two foam materials help with impact and provide a little extra bounce to your toe-off.

On the outsole, they have placed high levels of ASICS High-Abrasion Rubber (AHAR), which gave great traction on all surfaces and made me feel confident when I left on my runs.

I was testing these shoes in the dead of winter in Nebraska. This year, we had a very hard winter with a lot of snow and ice. Yet, these shoes didn’t let me fall, not even once.

They handled the snow and ice as if they were trail-rated shoes and I had supreme confidence when I left the house about running in them.

As always, ASICS included their Guidance Trusstic System — a lightweight support system that helps push your foot through neutral pronation.

And their Guidance Line — a flex groove that runs down the middle of the footbed to help naturally move your foot through its gait.

However, this year, the Guidance Line is more subdued and has less of an impact on your gait and your stride. I enjoyed that subtle update from previous models.

The only problem I had with the sole unit was that a few times I had to land very hard on my heel (after hurdling snow drifts/plow remnants.

When this happened, it seemed that my heel really sank into the heel of the sole unit and took a few strides to make its way back out.

In the past, I have had my issues with the sole unit of the Nimbus, but really where ASICS lost me as a runner was in the upper.

I last run in an ASICS shoe when I did the review of the Nimbus 19 — a visually more stunning shoe, but one in which I did not enjoy running. So it has been a couple of years.

The biggest reason, I avoided the company was because of the upper. In previous models, the upper had become problematic in its sizing and in its breathability.

While I was in the 19s, my feet were having moisture issues because air didn’t seem to be able to come into the shoe — at least not enough.

But more so, the fit of the upper was terrible. It was narrow throughout the foot, never widening, and was also short in toebox height.

My toes were in constant contact with the upper material, and this made for truly uncomfortable rides. Although I wear a size 13 shoe, I do not have particularly large feet for that size.

My feet are of the normal width and height for someone in that size. So it surprised me just how small the 19s felt, and how uncomfortable. When talking to other runners, my complaints were not the only ones about this very problem.

That brings us to the present. In the 21s, ASICS has finally heard the complaints and decided to do something. The upper uses a premium mesh that has more stretch than before, and also allows for better airflow.

By using 3D-Printed Overlays, the upper is seamless and still supportive. Inside the boot is an Ortholite X-40 Sockliner that is soft and helps wick moisture away from the foot.

The best part? The fit. ASICS produced an upper that finally fits true to size. It is narrow at the heel, locking it in place, but widens at the midfoot and widens further still to a comfortable — not roomy — toebox.

Beyond that, they have raised the height of the toebox, taking pressure off my toes and allowing for a comfortable progression through my stride. With these updates, it is a whole new ballgame.

The only real drawback is that the increased breathability brought with it way more water getting in. When these went through standing snow, or sludge, my feet got very very wet on the inside.

To be completely honest, I requested this shoe with a little trepidation in my mind. The last time I had run in an ASICS shoe, I was very putoff.

I did not enjoy the the experience, and I thought that the overall quality of the shoe was lacking. I’ve not taking two years off of running in the brand, as I did other shoes.

However, this year I did most of the heavy hitters of the max cushion line. I figured I owed it to myself and to ASICS to be able to go back and at least compare them to the other brands. And, I’m glad I did.

The company has obviously heard the loud yells from their fan base and from the runners out there over the last couple of years.

They made the necessary changes to the shoe that would make it competitive against some of those other offerings.

By widening the shoe, and raising the height of the toebox, it relieved most of the stress that my feet felt throughout usage of the 18s and 19s.

And by firming up the cushion under the forefoot a little, it took away the sinking-in feeling I had on the 19s. Unlike the 19s, the bottom of my feet never felt like they were falling asleep.

Overall, the changes made have raised the bar for the Nimbus line. It is just as cushioned as before, but with more spring and a more comfortable ride.

I would still say they are a peg or two below the Brooks Glycerin or the Saucony Triumphs, but they have made up a lot of ground.

If they keep moving down this particular road, then all bets are off. Next piece is make it a little more visually appealing. But … cart before the horse.

We purchased a pair of Asics Gel Nimbus 21 from runningwarehouse using our own money. This did not influence the outcome of this review, written after running more than 50 miles in them.

Visit ShopAmazon.com
This page contains affiliate links. As an Amazon Associate I earn from qualifying purchases.
WHERE TO BUY
LOWEST PRICE
$79
AVAILABLE ON SALE:Previous model $119