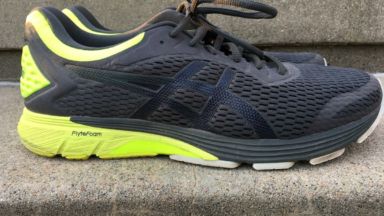 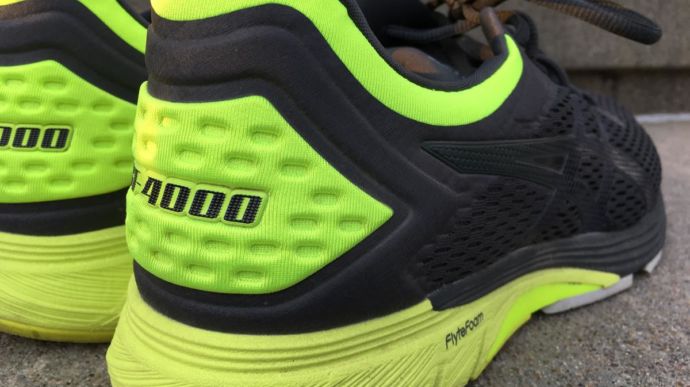 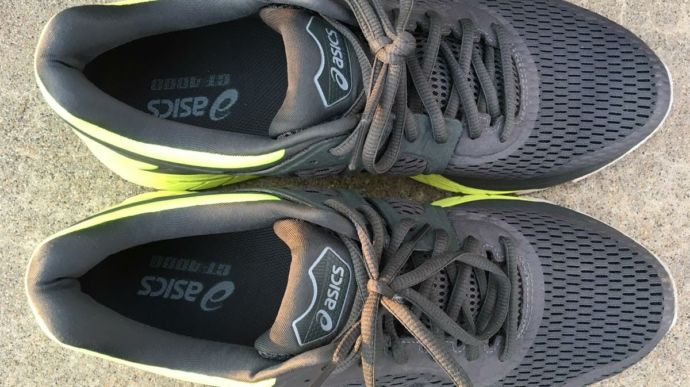 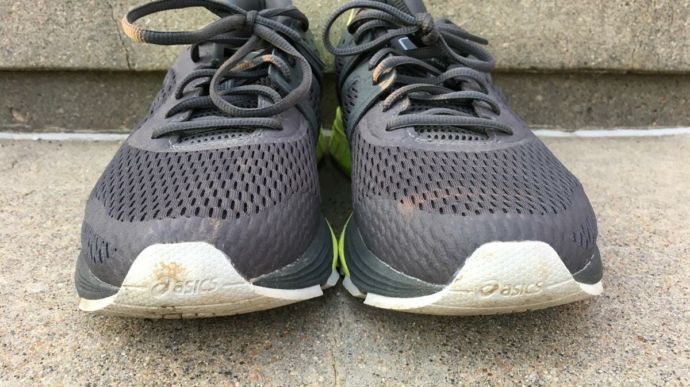 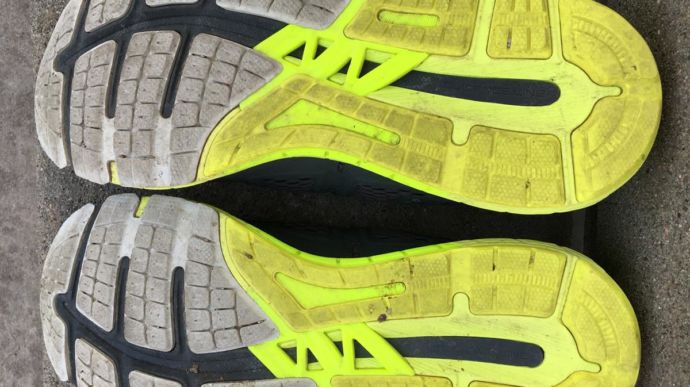 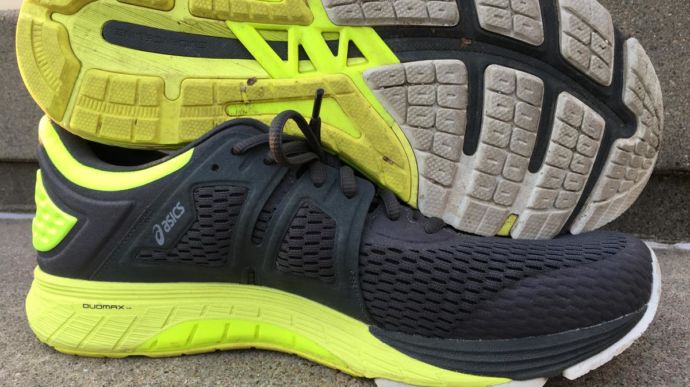 The GT-4000 is a new stability trainer from ASICS. It is a balanced ride for mild stability or neutral runners who need a little support. It is a solidly built shoes ready for many miles at many different paces.
WHERE TO BUY
LOWEST PRICE
$99
SHOE INFO
Asics
Brand
GT 4000
Model
Stability
Type
11 oz. (312 gr.)
Weight
130 US$
MSRP
10 mm
Heel Drop
WHO IS IT FOR
A runner who seeking willing step outside their comfort zone and try a new mid stability workhorse built for miles.
Help me choose

Many times when a brand releases a new running shoe they spend lots of time and money into making sure it is fresh in all runners’ minds, just think of the MetaRide from ASICS.

I struggled finding information about the GT-4000 other than the ASICS website.

The GT-4000 replaces the GT-3000 in ASICS stability lineup. In recent years we have seen brands develop shoes that straddle the line between stability and neutral.

This shoe comes in at $130 and will compete against the likes of the Brooks Ravenna, Saucony Omni, Mizuno Wave Inspire, and Hoka One One Arahi.

I was wishing for a more exciting colorway when I opened the box of the GT-4000. The colorway of dark gray and safety yellow was appealing, but I wish there was more safety yellow throughout the shoe.

The outsole of the shoe is safety yellow in the heel/midfoot while the forefoot is white which adds a pop when you lift your feet on your runs.

It has been a few years since I have wore a pair of ASICS for running. I was immediately reminded of the unique fit when I slipped the GT-4000 on for the first time.

My first run out of the box was a relaxed 5 miles outside. It was a firm but responsive ride from start to finish.

The changes ASICS made to the GT-3000 were significant to the point that they decided instead of a new edition it was going to be a new shoe, hence the GT-4000.

It’s a shoe that employs many of ASICS tried and true aspects while trying some different things.

Many runners of the GT-3000 series complained about how it felt narrow all the way along the foot but especially in the forefoot.

ASICS listened to this feedback and widen the forefoot in the GT-4000. Flytefoam Propel makes its first appearance in the forefoot, first introduced in the Kayano 25, it has made its way into the mid tier offerings from ASICS.

The result of these two updates make the forefoot area the star of the sole unit. The widen of forefoot allowed for my toes to naturally spread out during toe offs on my runs.

This along with the Flytefoam Propel, which gave my stride a bounciness that moved me along more effortlessly and allowed me to dial up the speed when wanted.

The feeling of the forefoot was complemented by the firm but responsive feel of the midfoot and heel.

The GT-4000 utilizes Duomax support, a dual density medial system, which is common in ASICS stability lineup. The system runs from the curve of the heel to the base of the toes.

This length sets the GT-4000 apart from many other stability options out there. This system provided me mild stability, which is the right amount I need, throughout all my miles.

Flytefoam lyte appears for the first time in the midfoot to heel portion of the shoe. Unlike the propel, Flytefoam lyte is a firmer material and provides a solid base to land on.

Two small pockets of ASICS GEL cushioning are in the heel of the shoe to balance out the firmness of the Flytefoam lyte.

The combination of the Flytefoam lyte and Flytefoam Propel made for a smooth transitions from heel or midfoot strike to toe offs on my runs.

The Flytefoam lyte along with the Duomax support system provided stability and support while the area of the toe box and Flytefoam propel gave me a springboard feeling through my toe offs.

It took me about 20 to 30 miles to break them in and truly feel the strengths of the sole unit. Once they were broken in they sole unit shined.

The ASICS High Abrasion Rubber outsole was durable and handled all the elements I ran in.

A sandwich mesh material makes it first appearance in the GT-4000. This material is a bit thicker than the Jacquard Mesh found in other offerings from ASICS.

It is comprised of two layers of material, a smooth thin underlayer, and a reinforced aerated outer layer. This combination is a strength to the upper because of its durability, flexibility and breathability.

The upper is seamless and has no points of irritation.

It is interesting to have a wrap only on the medial side because many other foot wrap technologies out there are on both sides of the foot.

The arch wrap provides an adjustable extra support and stability on the medial side. Runners are able to adjust how much added support they need by how tight they tie the shoes.

I found this arch wrap provided my feet with the extra support I am used to, but it took me a few time to retie the laces to get the right amount of support.

Even though the wrap on the medial side was effective, I would have loved to have the wrap on both sides of the shoe to better hug my feet and lock them in place.

I was reminded of ASICS narrow heel fit when I tried the GT 4000. Some may find the narrow heel to be uncomfortable while I found it had many benefits.

This is another strength of the upper of the GT-4000.

When I started running in high school I ran in ASICS, so I have many fond memories of lacing them up and putting the miles on.

It has been a few years since I have ran in a pair of ASICS but when I put on the GT-4000 I was both hit with nostalgia and excited for a glimpse into the future of what ASICS offers.

In the running community there are two camps of runners, those who are neutral runners and those who are stability runners. These runners usually stay in their running lanes and don’t venture out into the other when it comes to shoes.

With the creation of both the GEL Pursue 5 and the GT-4000 those lines of stability and neutral have been blurred some.

The GT-4000 is first and foremost a mild stability shoe but could easily be wore by neutral runners whose form many break down some as the miles get longer.

I found the GT-4000 to provide me with the stability I needed throughout all miles I ran in them.

The Flytefoam Propel forefoot is one of the stars of the sole unit, providing your feet with a wide launch pad to truly be springed forward on your runs.

Its width allowed my toe to naturally splay out along with an impressive amount of spring from the cushioning.

The balance of firm, in the heel, and plush, in the forefoot, may turn some runners off, but I thought they complemented each other well.

The sandwich mesh used for the upper is another standout aspect of the GT-4000. The material is more durable, yet flexible, than many of its competition.

Lacing them up I knew my feet were going to be taken care of by the upper. The arch wrap and heel counter allow you to tailor how they feel when you put them on.

This shoes are a little firmer than some of its competitors, and because of this may take a little longer to break.

There was some narrowness felt in the midfoot area. Because of these issues, I found it will take some time and miles to appreciate the GT-4000.

Overall, the GT-4000 is an solid addition to ASICS stability lineup. It is well built no frills mid stability trainer ready for any type run you want to go on.

The combination of technologies from various other trainers work together to provide you with an easy landing and springy liftoffs.

Priced at 130 dollars, the GT-4000 a shoe worthy of checking out no matter if you are a stability runner who needs mild stability or a neutral runner who seeks some stability after many miles.

We purchased a pair of Asics GT 4000 from runningwarehouse using our own money. This did not influence the outcome of this review, written after running more than 50 miles in them.