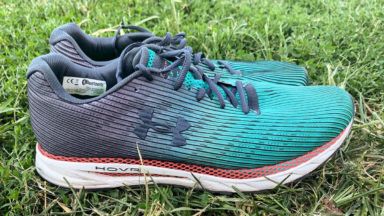 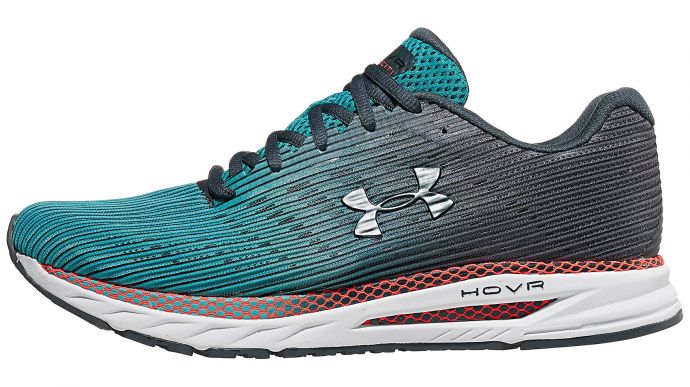 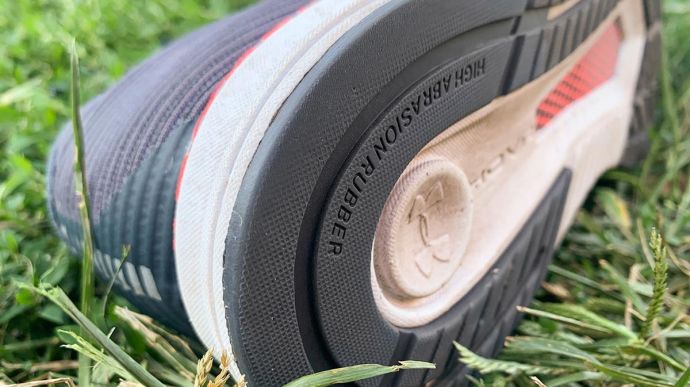 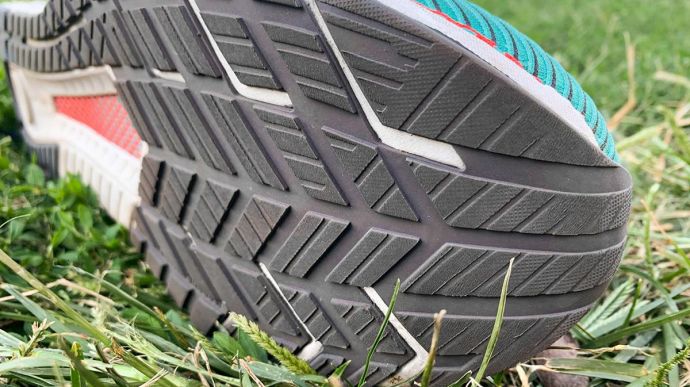 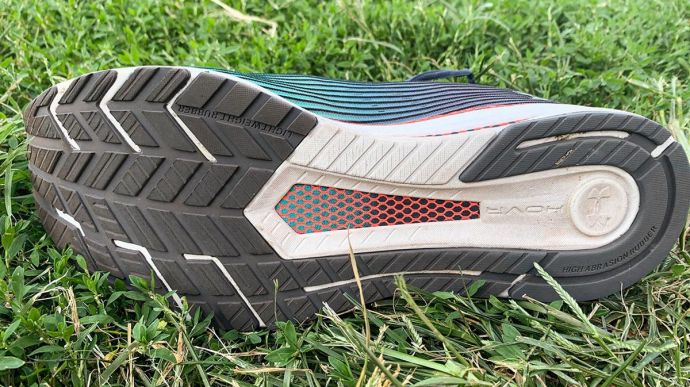 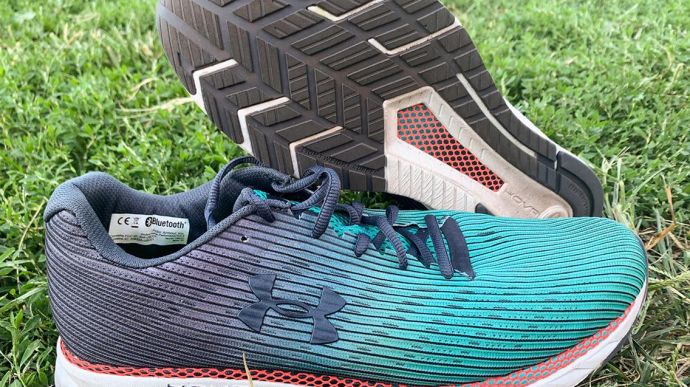 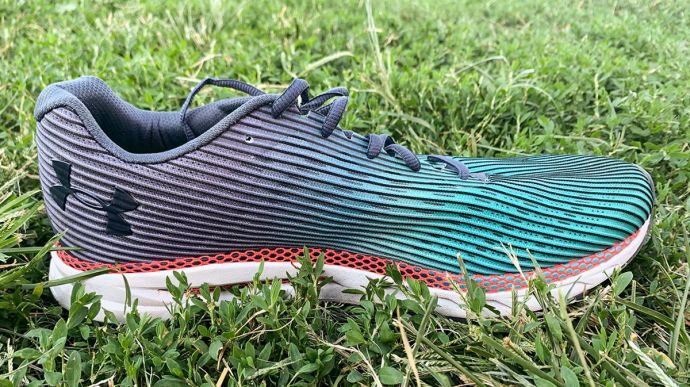 The Under Armour HOVR Velociti 2 is an everyday lightweight trainer which provides a well constructed versatile training shoe with a light and snappy ride.

Though the name indicates this trainer as the second version of the original Velociti, it can be thought of as a brand new shoe comprising a comfortable and responsive ride in a durable package.
WHERE TO BUY
LOWEST PRICE
$69
SHOE INFO
Under Armour
Brand
Hovr Velociti 2
Model
Cushioning
Type
9.8 oz. (278 gr.)
Weight
120 US$
MSRP
8 mm
Heel Drop
WHO IS IT FOR
The Under Armour HOVR Velociti 2 is ideal for runner's who are looking for a middle distance tempo/speedwork shoe who value durability over having the lightest and most breathable option.
Help me choose

Take everything you thought you knew about the Under Armour running shoe lineup in the past few years and completely forget it.

Gone are the speedform Apollo and Geminis of the world, and say hello to bluetooth in your running shoe. Insert the energy return focused foam, HOVR and a completely new Under Armour running lineup.

The subject of this review is the Under Armour HOVR Velociti 2. While there is technically a previous version; forget that shoe as well.

Though they share the same name and intended use; these are two different shoes from the pre-HOVR and post-HOVR era of Under Armour running.

Currently the Under Armour HOVR series is made up of the Sonic, Infinite, Phantom, Guardian and the Velociti series. A quick breakdown heading into this review:

While the Velociti 2 is the only Under Armour HOVR running shoe I’ve tried so far so I cannot speak to the other options, I will upfront tell you that I was pleasantly surprised by the performance and feel of this shoe.

Surface level, the concept of how the HOVR cushioning platform works is similar in theory to how the Brooks Levitate wraps a new, softer more responsive and energy return focused foam in a material to force compression in specific directions.

While this created a harsh overly firm feeling in the Brooks Levitate; the HOVR platform works and feels good under the foot in the Velociti 2.

The deep dive into the HOVR cushioning system can be found down in the sole section of this review.

As an everyday lightweight trainer focused on speed, able to handle both race day and a long run, the Velociti 2 faces a lot of competition of some really good running shoes by other brands.

It competes for your dollar with the Saucony Kinvara, Hoka One One Rincon and Cavu, New Balance Fresh Foam Zante Pursuit, Brooks Launch, Adidas Adizero Boston, and so on.

Check out the previous reviews of these shoes, most of them year after year are rated an 8, 9, or 10 by us, putting the Velociti 2 up against stiff competition.

Truth be told, I wasn’t expecting much from the Velociti 2. I thought it looked ugly in online images, that adding the bluetooth tracker into the shoe was a gimmick, and didn’t have a view of Under Armour as a serious option in the running shoe category.

Unboxing the HOVR Velociti 2, I was faced with a well constructed shoe with a much better aesthetic in person than by photo.

The first run in the HOVR Velociti 2 felt surprisingly good. There was some adjustment that the upper needed after I got started.

The upper fits a little loose around the midfoot and the tongue could use some type of anchor to the upper to prevent sliding. But immediately the Velociti 2 overall felt light and snappy.

The HOVR Velociti 2 ended up being a really good, but just shy of great/amazing running shoe, versatile enough for day to day training with a variety of runs.

The highlighting star of the HOVR Velociti 2 is in the namesake of the entire HOVR series of Under Armour running. HOVR as currently used refers to both a foam and the cushioning system used in every shoe titled HOVR.

HOVR (the foam) is a new proprietary foam created by a partnership between Dow Chemical and Under Armour. It is focused on a soft cushioned feeling while providing higher energy return and shock absorption.

This probably sounds familiar to Adidas’ BOOST, Nike’s React (and ZoomX), Saucony’s EVERUN, Brooks’ DNA AMP, and on and on.

HOVR is the Under Armour Version of all these new foams that have burst onto the running shoe scene in the past few years.

HOVR (the cushioning system) is how this new foam is utilized. Instead of putting the runner’s foot on a block of this new material, the HOVR foam is encased inside of a Micro G foam layer.

Micro G being the more traditional version of Under Armour foam that is bouncy and responsive. Areas of the HOVR foam is then exposed and encapsulated inside of a webbing of fabric called an Energy Web.

All of this means that when your foot strikes the ground the HOVR foam is forced to compress in specific directions thus when it returns to the decompressed state it pushes back directly into your foot preventing excess loss of energy in other planes of motion.

While this intended function is the same as the Brooks Levitate, which had an overly harsh firmness to it, Under Armour succeeds in the HOVR cushioning platform by leaving exposed areas in the Micro G foam softening the impact on the foot.

Beyond the HOVR cushioning system, the Velociti 2 features a higher abrasion rubber in the heel than the forefoot to promote durability for heel-stikers and an 8mm offset from heel to toe.

Included in the sole, specifically of the right shoe; is a bluetooth enabled sensor for connection to MapMyRun.

This sensor comes standard in the HOVR Velociti 2 for similar retail prices as competitor’s shoes which was not the case when Under Armour first began selling ‘Connected” shoes.

The bluetooth chip is capable of tracking runs and specific run metrics such as distance, cadence, stride length, and pace.

The tracking of these metrics worked surprisingly well and produced data very similar to the information caught by my GPS watch; albeit after the run instead of the concurrent data collection and display of a running watch or tracking app.

Featuring an engineered mesh that is fairly thick but still breathable the HOVR Velociti 2 generally sports a comfortable upper. There is a molded sockliner and a small reflective element on the heel.

While the upper is generally comfortable there were minor fit issues that took a few runs to really lock down. The midfoot is on the looser side.

The toe box and heel fit comfortably but the lacing of the midfoot tightly would cause the fabric to fold or bunch.

While this didn’t cause any irritation to me while running, runners with narrower feet may not be able to get that locked in feeling many runners look for in a speed option.

The fabric of this upper also absorbed water more than any shoe I can remember trying out recently. This added some weight to runs in the rain and made the shoes take longer than most to dry out after rainy or wet miles.

Absorption of sweat was not as big of a concern or noticed as the fabric is breathable despite it’s thickness.

Sometimes before slipping a shoe on your foot you have some preconceived notion of what to expect. You know with many of the running shoe staples you’re going to get quality. And sometimes you have no clue.

Truth be told I wasn’t expecting much from the Under Armour HOVR Velociti 2. However after testing the Velociti 2, I was impressed with the shoe and the promise it shows for the HOVR lineup in general.

The HOVR cushioning platform takes the same concept that Brooks tried with the Levitate and accomplishes the cushioning system in a better, more comfortable way.

The shoe overall is snappy under the foot, though feels a little heavier than some competitors in the lightweight, everyday and tempo shoe category.

The upper is way too thick and absorbent which led to some issues in poor weather runs and extraordinarily hot days with sweat absorption.

All these thoughts condense into the conclusion that the Under Armour HOVR Velociti 2 is a shoe worth considering.

The Velociti 2 successfully functions as a tempo shoe for runners who value durability, a snappy feeling and don’t need the lightest ever feeling shoe.

Due to the thickness of the upper, the Velociti 2 is best served in colder weather but dry runs. This fabric will soak up all the liquid it can and take forever to dry.

One final and very minor thought about the look of the Velociti 2. With the multi-colored upper design I will say that the shoe looks much better in person that photos of the trainer suggest.

I expected this ugly weird two-tone shoe when I saw the HOVR Velociti 2 online, and in person, on foot, it actually looks like a cool sleek trainer.

We purchased a pair of Under Armour Hovr Velociti 2 from runningwarehouse using our own money. This did not influence the outcome of this review, written after running more than 50 miles in them.