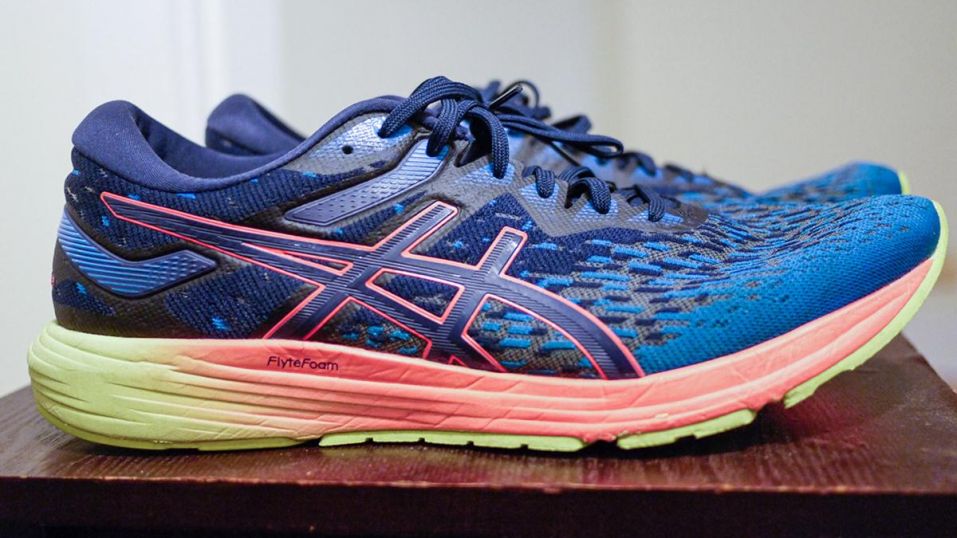 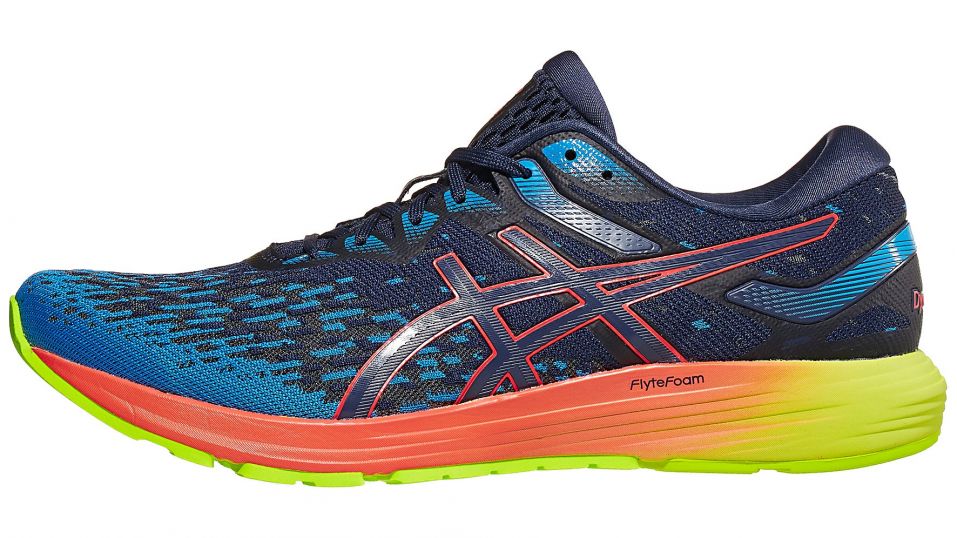 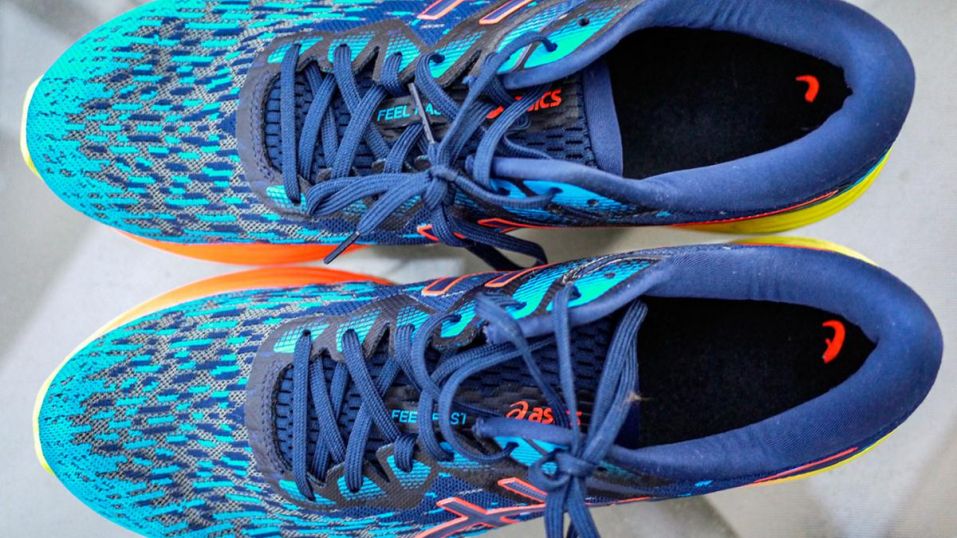 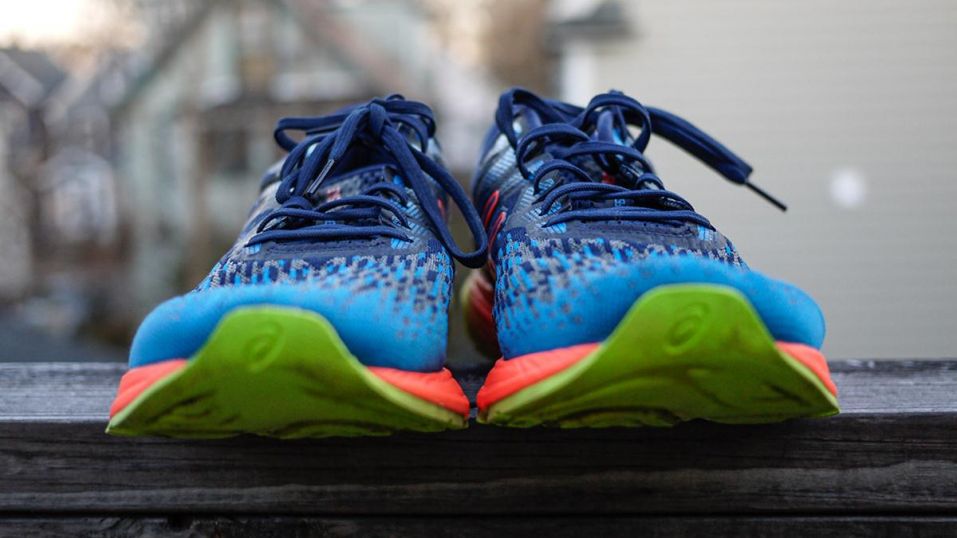 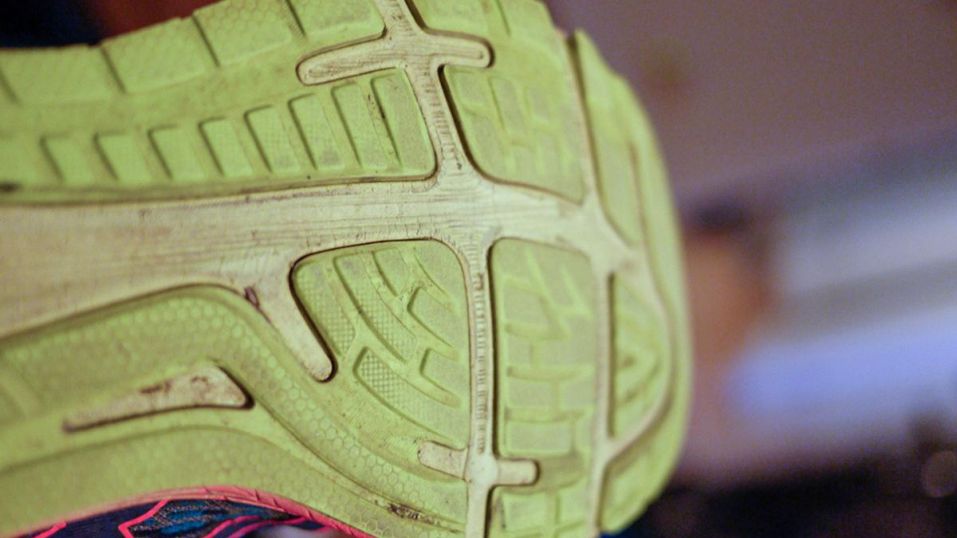 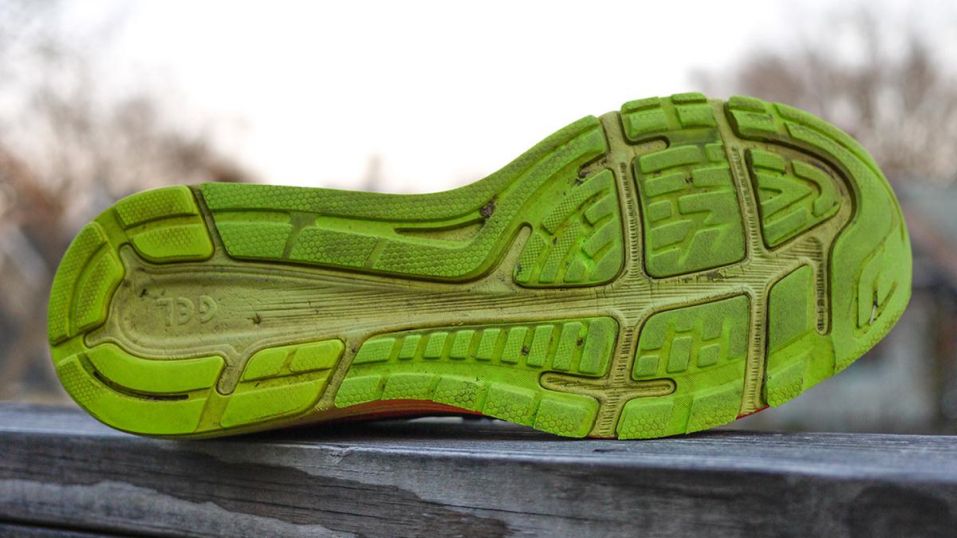 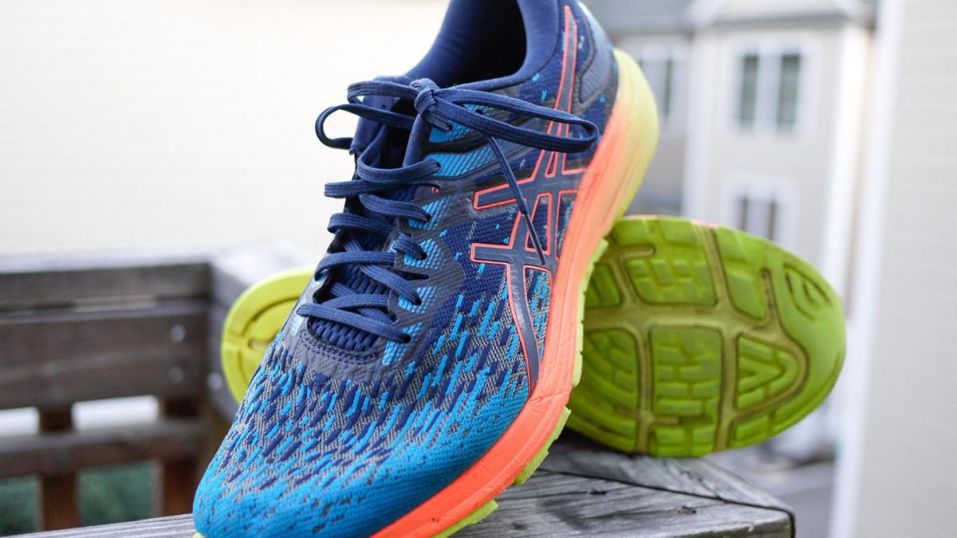 Asics iterated on their DYNAFLYTE line to include a redesigned upper while keeping their original goals of supplying a fast and light trainer for athletes ready to push their limits.

Not totally a racer, and not totally daily driver, you’ll find the streamlined design blending the two categories.
WHERE TO BUY
LOWEST PRICE
$119
SHOE INFO
Asics
Brand
DynaFlyte 4
Model
Lightweight
Type
8 oz. (227 gr.)
Weight
120 US$
MSRP
8 mm
Heel Drop
Dynaflyte 2
Previous model
WHO IS IT FOR
Anyone who has graduated from entry level shoes looking for more performance in their mid to long distances workouts/races could consider this shoe as a choice if they are also neutral runners who don’t need too much support.
Help me choose

Asics categorizes this shoe as a neutral trainer with an 8mm drop. The rearfoot is around 19mm, which puts the forefoot around 11mm.

This is a fairly standard split for daily trainers and offers enough cushioning for most runners. For those that need 20+mm, try the Hoka and Altra brand of shoes.

However, going too high up in stack heights increases weight, which this 8.5 ounce shoe is trying not to do. Other shoes that try to stay light and fast would be most Nike Free shoes or the Adidas Adizero lines.

You’re not going crazy if you see this shoe called either the DynaFlyte or DYNAFLYTE, as Asics originally released this as the DynaFlyte line, but must have hit caps lock when they got to this version as it’s now the DYNAFLYTE.

Pretty rare for a shoe company to quietly adjust the style of their shoe’s name, but this might be to draw attention to the shoe’s FLYTEFOAM technology.

Whatever the reason, the DYNAFLYTE shoe exists in the Asics line to provide cushioning and lightweight attributes in one shoe.

To achieve a cushioned ride without a special foam, shoe manufacturers must load up on regular foam which adds weight.

Asics isn’t the first to tackle this weight problem with cushioned shoes (see Nike’s ZoomX foam or Saucony’s EVERUN foam), but they are the only shoes with this lightweight cushioned foam with a GEL technology in the sole.

This special FLYTEFOAM is 76% better at absorbing shock and weighs 55% less than regular EVA foam, which is probably why Asics emphasizes these technologies in ALL CAPS so you don’t miss the fact their DYNAFLYTE shoes contain FLYTEFOAM with GEL tech that will make your runs faster and softer.

Looking up at me when I unboxed the shoes was a tropical looking “flash coral” coloring of the shoe (grey and “speed red” also available for men; pink, grey, and “ice mint” available for women).

The last version of the DYNAFLYTEs I ran in were the DynaFlyte 2s, so I was read to see how much had changed in two iterations.

I saw the lacing system, heel counter, upper design, and sole were very similar to not only the 2’s but also the 3’s. The major differences were in material choices, overlay construction.

Let’s start with the foam, as it’s the major selling point of this shoe. Asics’ FlyteFoam is designed to be lighter, and absorb shock better than standard EVA foam.

Within this foam are “organic super fibers” according to Asics, which help provide the added benefits.

I compared this foam to competitor foams like the Nike’s newest ZoomX and think that it is similarly light, maybe doesn’t rebound as quickly, but is much more affordable.

Comparing FlyteFoam to a more standard foam on their Gel-Venture 7 shoes demonstrates that the FlyteFoam is notably lighter than base models.

The overall feeling when taking these shoes out on a run is pretty much that: good foam, lighter than the basics, nothing extra.

Outside the foam is the outsole, which follows Asics’ standard layout of several rubber patches separated along the length by a thin channel of foam, and a large exposed patch of foam below the heel and midfoot.

The forefoot of the outsole has a few grooves in it for flexing, and that covers most of the design. This keeps the shoe’s lightweight design in balance with the ability to grip the road.

Would like to see some more abrasion resistant rubber on the toe and heel area of the shoe since those go through a lot of wear and I noticed a fair amount on my shoes.

Lasty, Asics is hoping to keep these shoes stylish with a two tone color fade on the sidewalls of the shoe. Mine go from neon pink to neon green on the rear, definitely a color combo that stands out.

On the functionality side, Asics puts grooves along the length of the sidewall to decrease the force needed to compress the shoe, and there’s also a brush-stroke like texture going up the sidewall.

I’m unsure what this brushstroke texture is for besides maybe helping the paint adhere or possibly to help the foam come out of the mold on the manufacturing line.

The upper design is both helping and hurting Asics. It’s a classic Asics upper: huge Asics logo on the side with a heat formed shape, extra padded heel, strong and thick fabric around the upper, detached tongue… all things we’ve seen on pretty much every Asics shoe.

This is great for die hard fans who want repeatability and are adverse to change.

I get that, and respect the need for that kind of shoe. But the DynaFlyte line should be taking more chances and trying new designs as the DynaFlyte line has been out for over 5 years now and the design is pretty similar to the original.

Maybe it’s time for a thinner tongue, or maybe time to try an internal bootie for a snug fit, or Asics could go after a more minimal heel counter to save on weight, or really anything that goes beyond changing the materials out on the upper.

However, we still have a well-constructed shoe on our hands, so I should rate what I have here rather than rate what I wished I have.

The heel is low risk with a generously padded wrap-around section for your Achilles and a strong plastic overlay. The internal fabric of the heel counter will pill up, but didn’t show any signs of sagging in my testing.

Moving forward to the laces and it’s a fairly standard setup with flat style laces that pass through reinforced fabric eyelets on the upper.

This all sits on top of a moderately padded tongue that is free to move around as you see fit.

The rest of the upper is made of a strong fabric with interwoven threads that add texture and design flair to the toe box area. All the fabric is pretty breathable, and I think it’s all durable enough to outlast the outsole.

My total test miles added up to over 100, so these shoes can hold up. I did have concerns with the long term (200+ mile) durability as the outsole had some notable wear.

But my main concern with the shoe is the lack of new technology and design compared to previous models. It’s still a well made shoe that functions fine, but sits in the past with what it offers compared to other brands.

If you love Asics shoes, you should do just fine in this pair. However, I’d advise anyone new to Asics to try out a few other brands before testing these out.

We purchased a pair of Asics DynaFlyte 4 from runningwarehouse using our own money. This did not influence the outcome of this review, written after running more than 50 miles in them.