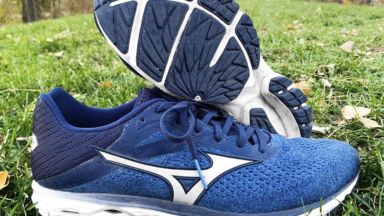 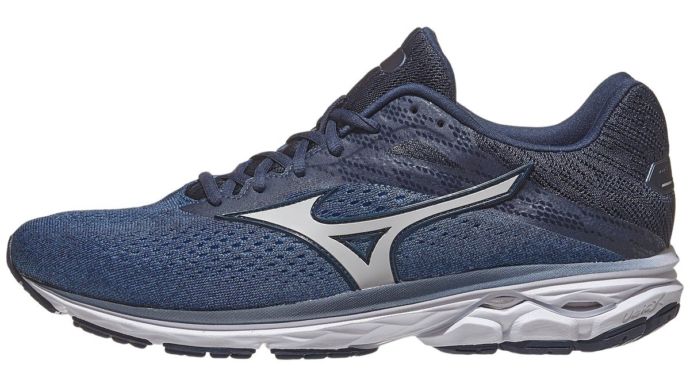 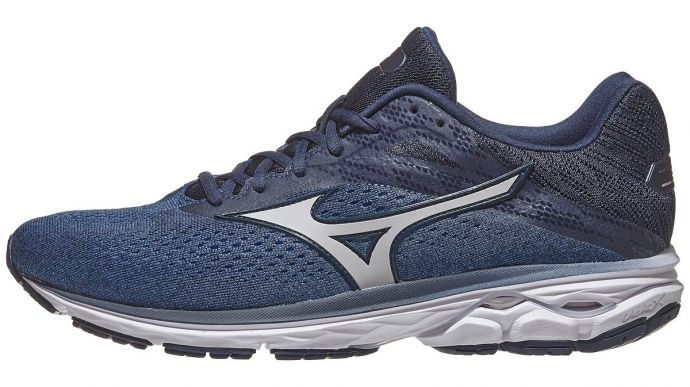 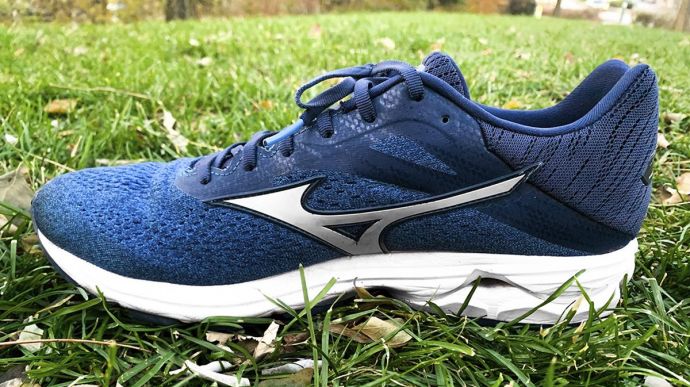 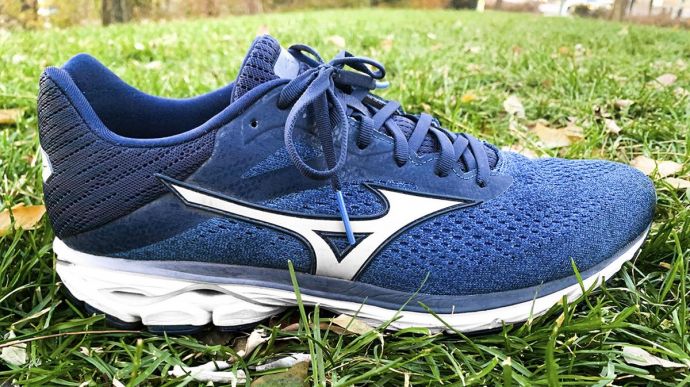 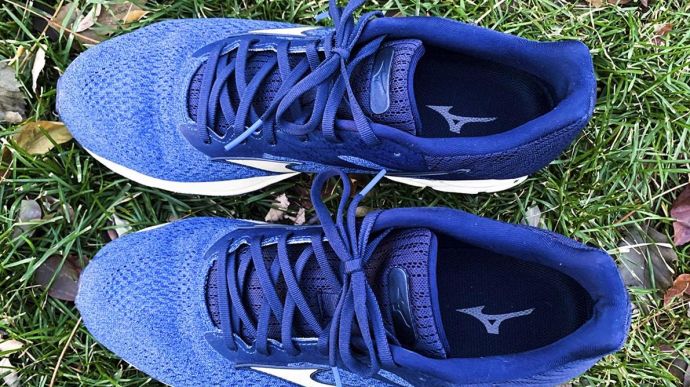 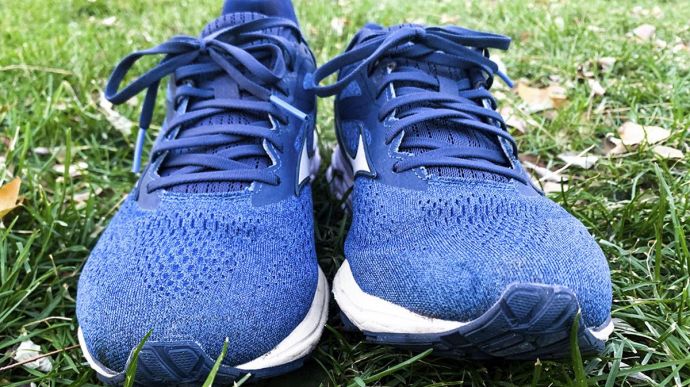 The Mizuno Wave Rider 23 is a high-mileage trainer that makes minor changes to the 22 by updating the upper of the shoe and leaving the sole intact. The Wave Rider continues to be Mizuno's Go-To Shoe.
WHERE TO BUY
LOWEST PRICE
$70
SHOE INFO
Mizuno
Brand
Wave Rider 23
Model
Cushioning
Type
9.6 oz. (272 gr.)
Weight
120 US$
MSRP
12 mm
Heel Drop
Mizuno Wave Rider
Family
Wave Rider 22
Previous model
WHO IS IT FOR
The Wave Rider is great for most neutral runners especially those who prefer a firmer ride under their foot or a small touch of stability over the course of longer runs.
Help me choose

Now in the 23rd version of the Mizuno neutral cushioning trainer, the Wave Rider 23 makes minor updates to the previous year’s model.

Containing the same sole unit as the Wave Rider 22, a mix of U4ic and U4icX foams (pronounced euphoric and euphoric-X) with a parallel wave plate, the update between the 2018 and the 2019 version’s of the trainer is in the new engineered mesh upper.

All in all the Wave Rider 23 is similar to the 22 and continues to compete with similar neutral everyday trainers such as the Saucony Ride, Nike Pegasus, Brooks Ghost and so on.

What differentiates the Wave Rider from the other shoes in this category is the plastic wave plate which creates a more supportive and firmer ride compared to the competition.

In the past few years the Wave Riders updates have been minor, tweaking one aspect of the shoe at a time.

From the 21 to the 22 the main updates were in the sole of the trainer making the cushioning softer under the foot and creating a thicker upper.

The update to the upper arguable swung too far and gave the Wave Rider 22 an upper that was no longer breathable and way too thick.

Now from the 22 to the 23 the sole and outsole remains the same and fixes the main issue with the 22nd version by providing a better more breathable and supportive upper.

The first time wearing the Wave Rider 23, I was very much reminded of how the 22 fit and felt to run in. The caveat being that the upper on the newer model did in fact feel more comfortable.

Exactly as the Wave Rider 22 had the sole is mainly comprised of a mix of two types of Mizuno foams. U4ic foam is most of the sole, with a portion of the heel being comprised of the softer U4icX foam.

Practically speaking, putting U4icX foam in heel makes the shoe softer and more comfortable for runners who primarily heel-strike as they run.

In a continued effort to make the feeling softer under the foot, there is a thin layer of U4icX that runs the entire length of the sole directly under the foot.

Like most Mizuno shoes there is the plastic Pebax wave plate in the sole which provides a firmer feeling and stability under the foot.

The outsole of the Wave Rider 23 is unchanged as well with reinforced x10 rubber in the heel for additional durability.

Between the U4icX placement and the x10 rubber it is clear that the Mizuno Wave Rider is designed with runners who predominantly hit the ground heel-first in mind.

The main issue with the Wave Rider 21 was how the upper was lacking. The Wave Rider 22 then updated the upper and went too extreme on the updates. This led to a way too thick construction that was not breathable.

The Wave Rider 23 thankfully comes with a much more breathable, while maintaining a durable and well constructed upper.

Gone are the thick overlays with excess stitching and in is a thinner yet still plush tongue, thinner overlays with some reflective elements and multi-layered engineered mesh.

Per mizuno the mesh is comprised of a tighter stitched fabric which helps with durability however it feels more breathable.

Oddly enough with the changes to the upper the weight of the shoe remains unchanged with the self-reported weights by Mizuno.

This could be due to rounding factors or just that the overall weight of the upper is pale in comparison to the weight and heft of the sole unit.

Minor tweaks and adjustments is the name of the game when it comes to the Mizuno Wave Rider. If you got a great thing going, why mess with it too much.

And much like a majority of the flagship neutral everyday trainers, the Mizuno Wave Rider is generally a great shoe that has been tweaked slightly from year to year.

Sometimes these tweaks work out great, the sole from the 21 to the 22 for example. Sometimes they work out poorly, the upper of the 22 again. This year, the Wave Rider 23 is a small tweak and adjustment from last year’s model.

The great sole from the Wave Rider 22 returns, and the upper which needed improvement saw the necessary change.

Like the previous version, the Wave Rider 23 excels for a variety of runs and runners.

The softer cushioning and more durable rubber in the heel is clearly designed for comfort on a heel strikers run.

For a touch of support in an otherwise neutral shoe and a dose of firmness, the Pebax wave plate provides a firmer ride overall under the foot.

The Mizuno Wave Rider 23 acts great as an everyday shoe for runners who are looking for a single option.

It held up well over the course of longer distance runs and the plate provided some support when form would begin to break down.

The Wave Rider is a great every day running shoe, either as a single trainer option, or as the long run, miles on miles go-to shoe.

We purchased a pair of Mizuno Wave Rider 23 from runningwarehouse using our own money. This did not influence the outcome of this review, written after running more than 50 miles in them.

Visit ShopAmazon.com
This page contains affiliate links. As an Amazon Associate I earn from qualifying purchases.
WHERE TO BUY
LOWEST PRICE
$70