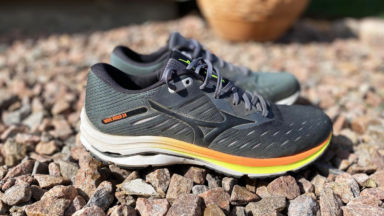 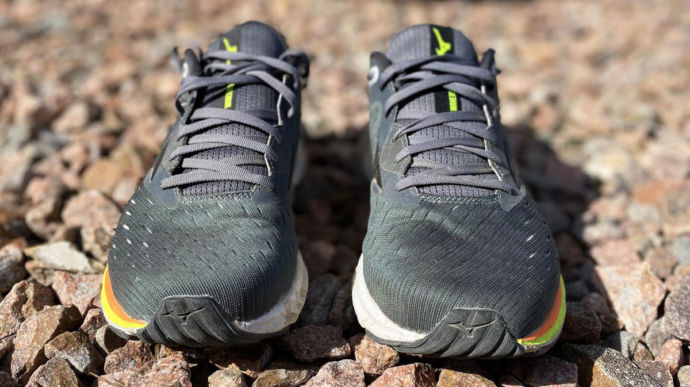 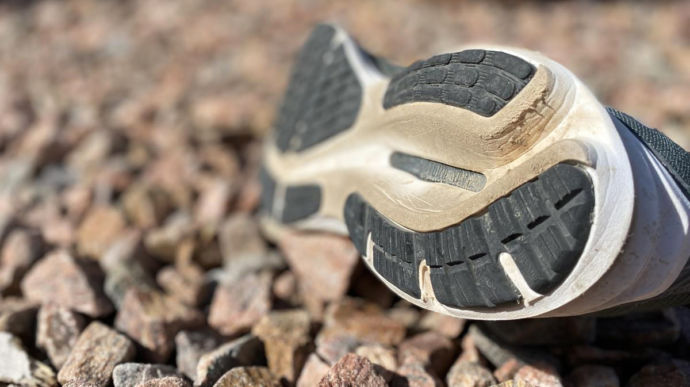 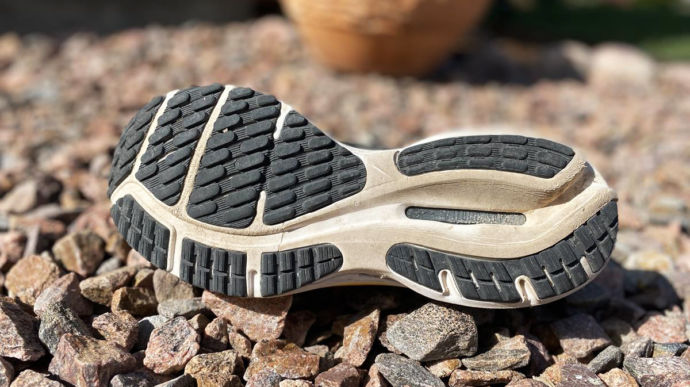 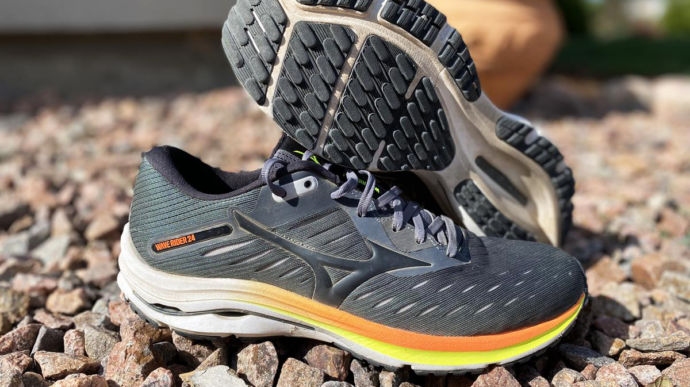 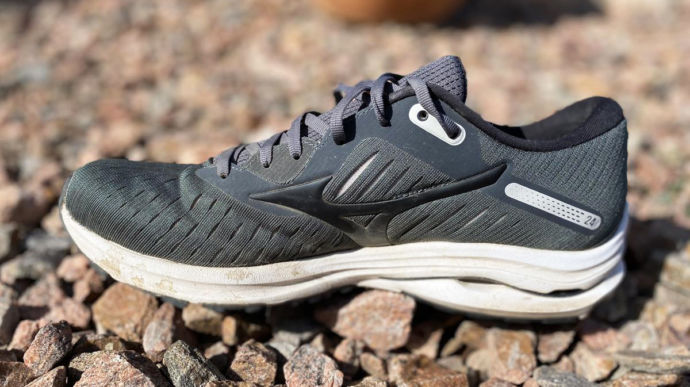 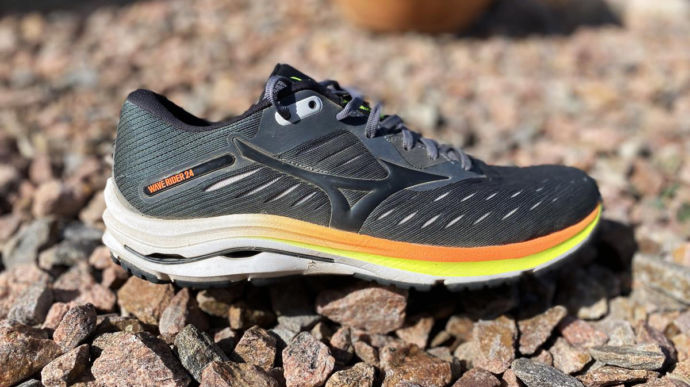 The Wave Rider 24 is a high quality versatile daily trainer made for the neutral runner. The use of new ENERZY foam helps put the shoe back on the map by improving softness and providing a lively and smoother ride.
WHERE TO BUY
LOWEST PRICE
$60
SHOE INFO
Mizuno
Brand
Wave Rider 24
Model
Cushioning
Type
9.9 oz. (281 gr.)
Weight
130 US$
MSRP
12 mm
Heel Drop
Mizuno Wave Rider
Family
Wave Rider 23
Previous model
WHO IS IT FOR
The neutral Runner seeking a reliable all in one daily trainer.
Help me choose

Trying to keep pace with most other shoe companies Mizuno has created a next generation midsole foam, and has officially entered the war.

The Wave Rider 24 is the first shoe released by Mizuno featuring the new foam that have dubbed ENERZY. This is the first midsole switch in five years since the release U4icX, but don’t be sad, it’s still alive and well.

ENERZY is designed to be a a lighter, softer, and more responsive and is set into the heel of the Wave Rider transitioning about mid foot to U4ic foam.

The bread and butter daily trainer takes on a new less snappy and smoother ride than before.

It has been several years since I have run in the Wave Rider with 20 being the last version I hopped in. This was the shoe that helped take me off the Nike fanboy wagon and was my go to for a few years.

I found a reliable daily trainer in the Wave Rider but over time I became bored with it. Fast forward tot he present and the WR24.

Unboxing the shoe for the first time I was impressed with the look and color way of the shoe, and that the wave plate was no longer this huge focal point on the shoe.

Once on my feet I was a bit taken aback by the softness and bounce in the heel a far cry from the firm U4ic sole that I was accustomed to.

On my first run I felt the shoes were flat but this changed the more time I spent in them , particularly at faster paces.

Just to make sure there is no confusion the entire midsole of the 24 is not all ENERZY, but a combination with U4ic and the all to familiar wave plate.

ENERZY is set into the heel of the 24 sandwiching the wave plate and running its full length before blending into U4ic about mid foot.

This design blends together both foams ok but more importantly it allows the sole unit to go full ground contact which was not possible with the exposed plate as used in the 23 and previous models.

The result of this combination is very good. The shoe is softer than any Mizuno model that I have run in which have always have been very firm.

The Wave Rider 24 is smooth and hits a sweet spot for cushioning that is isn’t too much, but firm and responsive enough that they feel good at faster paces with a nice subtle pop at toe off.

The wave plate has been thinned and shortened now offering a bit more than stability providing a touch of responsiveness now that it has been paired with the new foam.

However, this combination is only in the heel of the shoe which is perfect for heel strikers, but for a mid foot striker like myself its difficult to feel the full benefit.

While the shoe is smoother the transition, for me, seemed a bit off through the mid-foot where the foams change.

While this didn’t seem to be too much of an issue for daily runs it was noticeable on longer efforts putting more pressure on my hip flexors and quads.

The outsole of the 24 uses two types of rubber. Carbon rubber in the heel for extra durability and a softer blown runner in the forefoot to bolster cushioning.

There have been a few additional groves added that give the shoe great flexibility through the forefoot. The traction is reliable and even performed nicely over some mild trail runs.

I have began to start to see wear in the softer blown runner and bit in the exposed midsole after 50 miles. This seems just surface now but could potentially be a Sign that durability might be an issue.

The upper has very minimal overlays which make the fit very comfortable but still supportive even for mild tail running.

The heel collar is a bit more robust making it soft and comfortable while still providing a secure locked in fit. The toe box of the shoe has been widened and less pointed than the 23.

The Wave Rider is by far Mizuno’s most popular shoe, so its great to see new technology focused on it. I am sure many runners, myself included, gravitated away from the shoe as they have become rather boring over the last few years.

That said the change of foam and other improvements have breathed new life into this solid daily trainer and given it a big jump forward.

The Rider has a lot going for it but it’s somewhat inconsistent ride keeps it from being a perfect daily trainer.

The shoe is radically softer and more responsive than it has ever been thanks to ENERZY which make it a good choice for runners looking for that versatile day in day out trainer.

I would hope to see future evolutions incorporate a full ENERZY midsole making it ideal for all stride types. For now I think the Wave Rider 24 is a solid update that will be embraced by many runners and worth giving a shot.

We purchased a pair of Mizuno Wave Rider 24 from runningwarehouse using our own money. This did not influence the outcome of this review, written after running more than 50 miles in them.

Visit ShopAmazon.com
This page contains affiliate links. As an Amazon Associate I earn from qualifying purchases.
WHERE TO BUY
LOWEST PRICE
$60
AVAILABLE ON SALE:Previous model $71