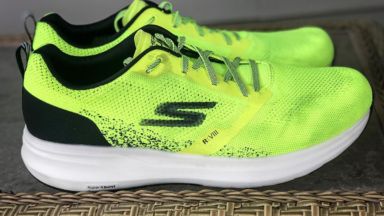 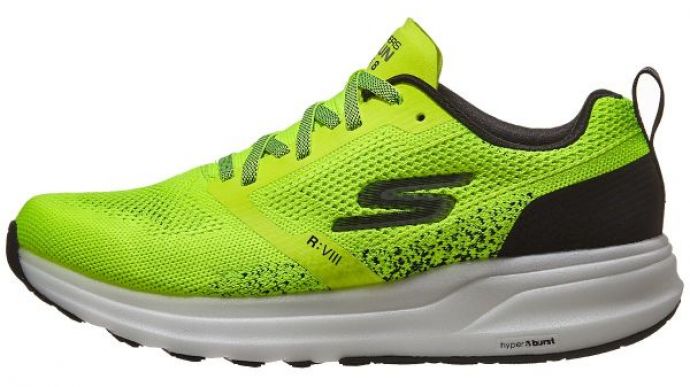 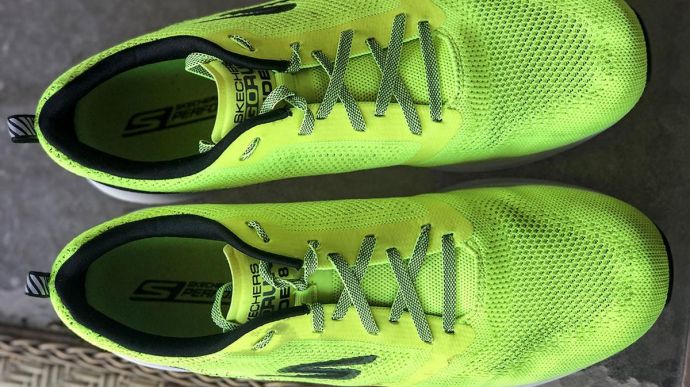 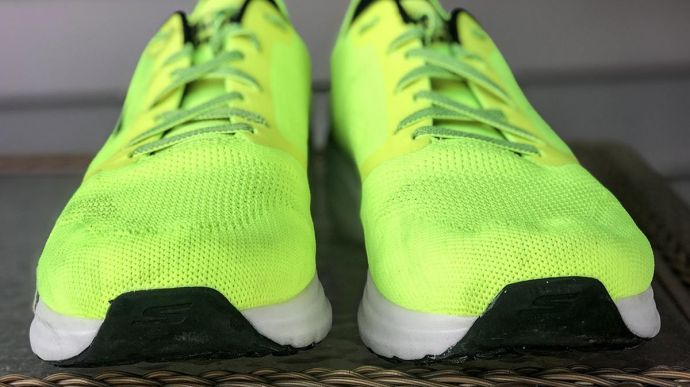 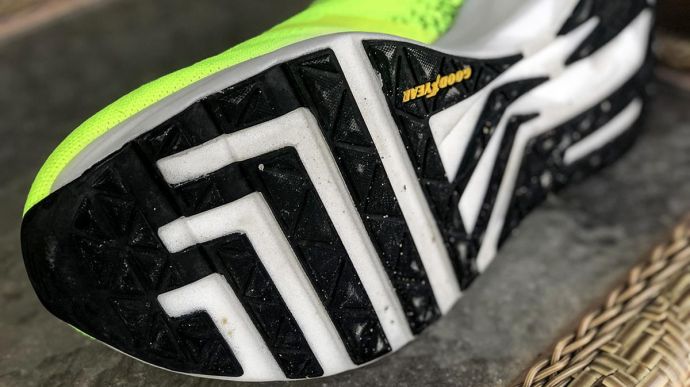 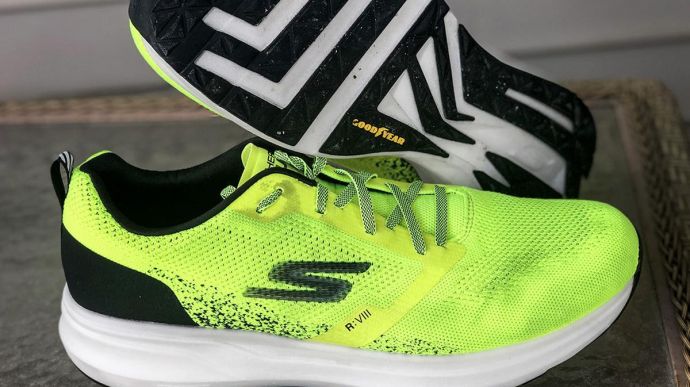 The Skechers GOrun Ride 8 is a budget-conscious option for a daily trainer with a lot of upside. These shoes hit a ton of high notes while keeping costs fairly low.
WHERE TO BUY
LOWEST PRICE
$115
SHOE INFO
Skechers
Brand
Skechers GOrun Ride 8
Model
Lightweight
Type
8.7 oz. (247 gr.)
Weight
115 US$
MSRP
6 mm
Heel Drop
GoRun Ride 7
Previous model
WHO IS IT FOR
This shoe could be for anyone, however I believe it is ideal for beginning runners, and bigger runners.

It is meant to log miles and be very durable, so if you're looking to go longer distances, these will fit the bill.
Help me choose

Over the past few years people have been realizing that Skechers is a brand that is worth looking into.

The sponsorship of people like Meb Keflezighi and Kara Goucher (now with Altra) lended legitimacy to the brand, and drew the attention of runners looking for new, and usually cheaper, options.

Over the past few years, they have developed their performance line as a brand and truly become one of the better options out there while keeping their costs below average.

In this case, they have released the GOrun Ride 8. As the 8th model of this shoe they have evolved it from being just a cheaper version of the GOrun (like when I ran in the 6) to a full version of its own.

This shoe offers higher cushion and amazing durability for the long haul. As a cushioned model, the Rides will compete against shoes like the Brooks Ghosts, Mizuno Wave Rider, Saucony Ride, Nike Pegasus and New Balance 840s.

However, the Skechers will come in at a lower price point than any of those other offerings.

When these shoes showed up, I was excited to see what I would be rocking for the foreseeable future. I had requested the highly colorful yellow colorway and I was impressed.

I like bright shoes, and these hit the mark. There are more subdued options available. The thing that really stands out is that these shoes look very well made.

I remember a time when I received a Skechers option and thought they looked cheap — they were still comfortable, but cheap — and that’s not the case with these.

When I put them on, I was impressed by the feel of the cushion, it was lightweight but still “cloud-like” for walking. When I wore them to school, they were awesome as an all-day shoe.

But really I loved that first run in them — not just because I’m coming back from an injury — due to their energy return and well-constructed feel. These shoes really gave a great first impression.

Starting from the bottom, the sole unit on the Ride 8 is very well thought out, and put together. However, this is also the place where I found the most to complain about with this shoe.

The midsole measures in at 30mm under the heel and 24mm in the forefoot (a 6mm offset) that gives plenty of protection and energy return.

In the design of the sole unit, there is a noticeable curve, called the M-Strike, which promotes a midfoot strike and transition to your toe-off.

This design is then accentuated with a Goodyear rubber outsole that is highly durable. The problem I encountered lies in the outsole. The open grooves, and material let me down on a couple of runs with wet concrete.

It wasn’t so loose a grip that I slipped, or fell, but I also didn’t feel secure when on damp ground. Especially coming off of an injury, this got into my brain, and made me think twice about running outside on certain days.

With that said, the overall ride of this sole unit was very good, and I enjoyed the way it promoted me to push forward.

The cushioning felt softer than the last Brooks Ghost offering I ran in, and had just as much energy return as the Saucony Ride ISO2. For the price ($115), it is an impressive ride.

It is soft on your foot and allows a certain amount of freedom. With that said, the knit construction needs some structure or it wouldn’t be useable.

For this, Skechers used different layers to provide that structure, including a midfoot structure and even more importantly a toebox mold which protects the toes.

The upper, however, does have a drawback. The heel cup is larger than I was expecting. This resulted in my heel moving around quite a bit until I found the correct lacing.

However, to fully lock in my heel, I had to tighten the laces to the point of being uncomfortable. Due to this, I had to lace up tight, but know that my heel may not be fully locked in.

Also, due to the knit upper, the shoe can run a bit on the large side. On most runs, this was not a huge issue, but it was something noticeable and annoying.

Overall, Skechers has again made a quality shoe that will hit most of the marks. For me it comes down to the cost-quality ratio, and here Skechers hits the mark on the bullseye.

These shoes are soft, yet responsive. They are well structured, yet allow your foot to move. And at $115, these are a bargain for this quality of shoe.

I ran for a longer period of time on this review than normal. This is because I have been coming back from a major injury, and have thus not been able to log the long runs I’m used to.

This is the one aspect of the shoe that I had to rely on a trusted friend for their opinion. My friend, who bought a pair for himself, told me he loved them on runs of 10-14 miles.

I personally logged around 100 miles in total, and the sole unit of the shoes look barely used, with the cushion as fresh as the day I pulled them out of the box.

This is definitely a pair of shoes that I will recommend to my running friends who are on a budget.

We purchased a pair of Skechers GOrun Ride 8 from runningwarehouse using our own money. This did not influence the outcome of this review, written after running more than 50 miles in them.