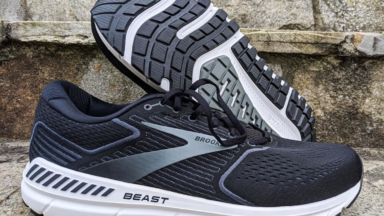 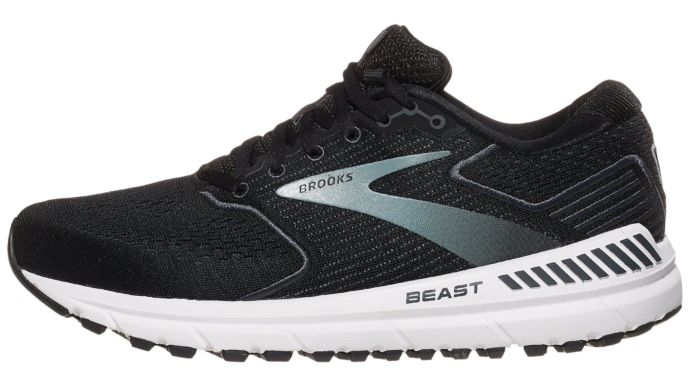 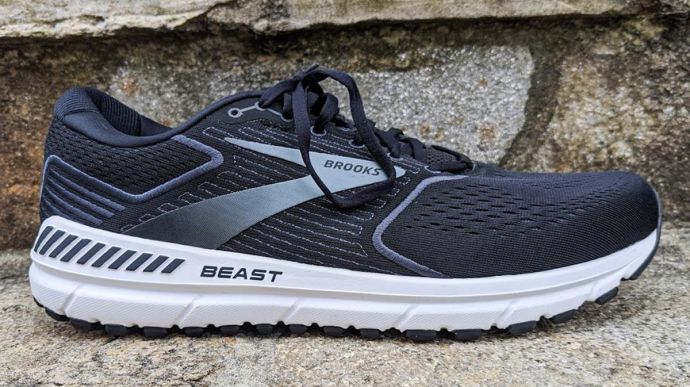 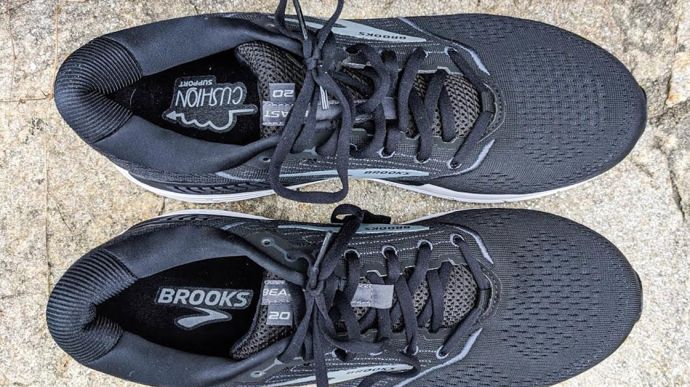 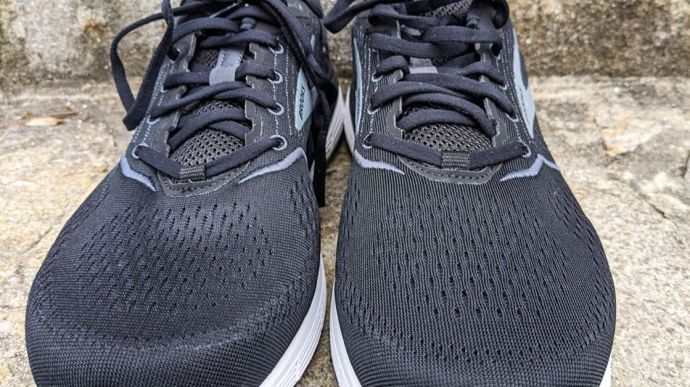 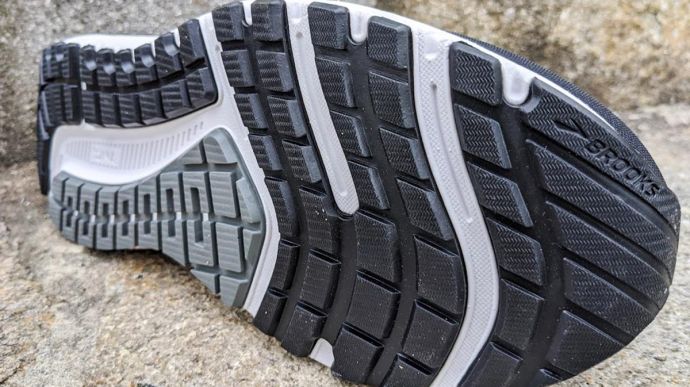 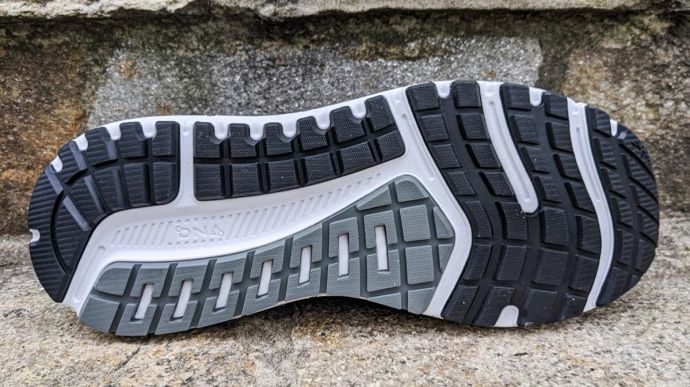 The Brooks Beast is a shoe that is, well, a beast! While on the heavy side, it offers a great amount of support and comfort. Great for runners and walkers alike.
WHERE TO BUY
LOWEST PRICE
$149
SHOE INFO
Brooks
Brand
Beast 20
Model
Stability
Type
11.7 oz. (332 gr.)
Weight
160 US$
MSRP
12 mm
Heel Drop
WHO IS IT FOR
Ideal for a runner on the heavier side looking for an everyday trainer that offers the most amount of support they can find.

It excels for those who are prone to injury or are just getting into running.
Help me choose

The Beast is back and it is certainly a beast. The new edition offers a modern look and offers new premium tech.

The biggest change is Brooks’ approach to stability, Guide Rails. Brooks has been steadily rolling this out to the Beast’s lighter siblings like the Adrenaline GTS and Ravenna. Other updates include a new upper and a cut in weight.

Competition includes ASICS’ Gel Kayano and the Saucony Hurricane. It is on the expensive side, but it is no more expensive than others out right now.

Opening and unboxing the shoe for the first time I immediately knew why the shoe was named the Beast. It is MASSIVE!

I could tell Brooks put attention into trying to cut weight on the shoe but it still felt bulky in my hands. I enjoyed the more modern look and liked that they didn’t look like Dad shoes.

I was impressed at how comfortable it felt when I put them on. My first run in them was a shakeout after a hard effort the day before. They felt great!

The outsole pattern is durable and offers great control. I had no traction issues in inclement weather at all.

Unfortunately, the outsole pattern attracted all sorts of debris due to how much of a gap there was in the tread. Toward the end of my testing there was even a small twig lodged into it.

The midsole is eco friendly foam compound BioMoGo. It’s plush and absorbs well on impact with a decent amount return on lift off.

Whenever I’ve worn other Brooks shoes outfitted with it, I always liked the durability and how soft of a ride it gave.

The midsole is complemented by Brooks’ Guide Rails. The rails extend into the upper and act as a bumper wall to help give support when you need it.

Think of it like bowling with bumpers – It puts you on track when you need it but doesn’t run the show. They give a Dynamic approach that I have grown to like since introduced in the Adrenaline GTS shoe.

I found myself mostly landing on my heels and lifting off on my midfoot. It was not flexible and was HEAVY. Even the notoriously heavy Asics Kayano is lighter than this hulk.

The upper material an engineered mesh. It formed nicely to my feet and felt great. I ran in these in early spring so I cannot speak for how they will do in hot weather.

The toe box is reinforced on the very front end and has plenty of real estate. The fit is not narrow at all and gave plenty of room. I see no need to have to size up or go with a wider width.

The heel is reinforced with extra material that locked my heel in nice with no discomfort. The tongue was wide and plush and laces went over nicely. I had zero discomfort issues and no hot spots.

The shoe really shined for me on recovery days and when I wanted to run long but not push myself. I found it hard to go fast in these because of how heavy and rigid the shoe is.

Max effort in these didn’t equate to fast workouts but that is not what it’s meant for.

I enjoyed the Guide Rails in these. Because this drastically changes how the shoe handles there will be people that do not like it. I recommend giving it a chance.

What I like about the Beast is it is great for injury prone runners and also caters to people just looking for a walking shoe.

The product description on Brooks’ website even lists it as a walking shoe. I really enjoyed how comfortable it was. I would walk around in the neighborhood with these and they were great.

The Beast is probably the most literal name for a shoe I’ve ever ran in. It is a large shoe that has a lot to offer.

We purchased a pair of Brooks Beast 20 from runningwarehouse using our own money. This did not influence the outcome of this review, written after running more than 50 miles in them.

Visit ShopZappos
Sorry - Product not found. Please try RunningWarehouse.Com to check in their assortment.
This page contains affiliate links. As an Amazon Associate I earn from qualifying purchases.
WHERE TO BUY
LOWEST PRICE
$149