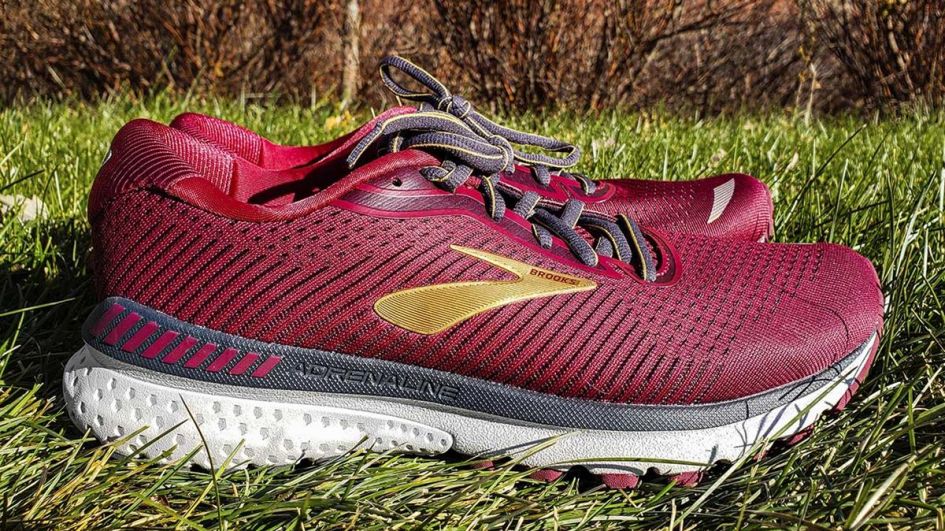 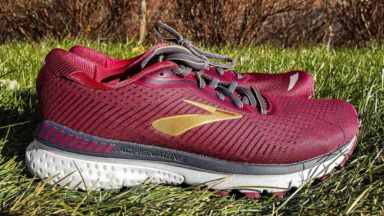 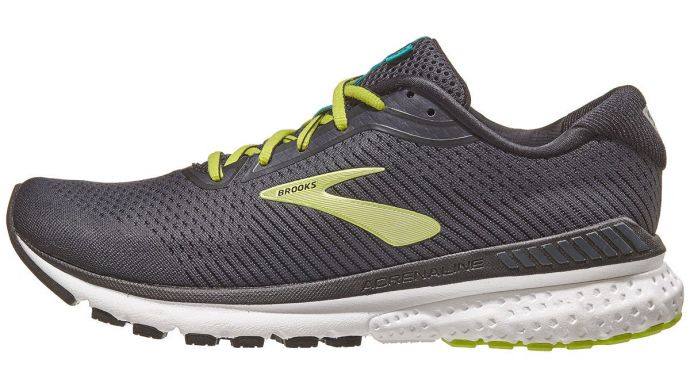 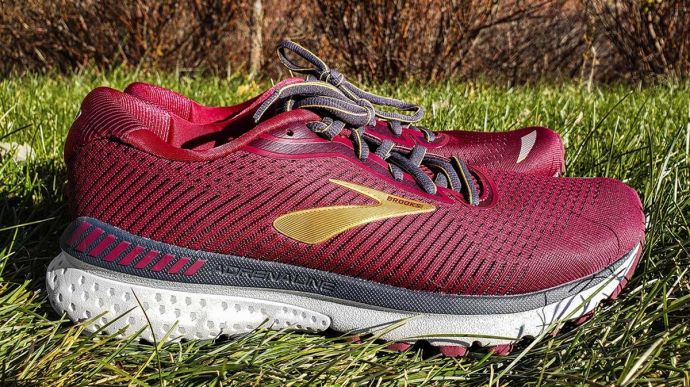 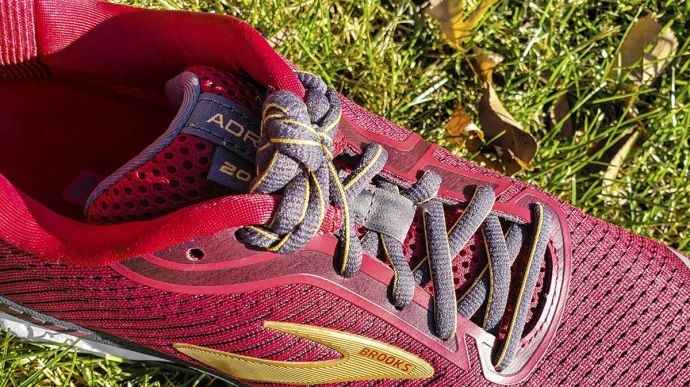 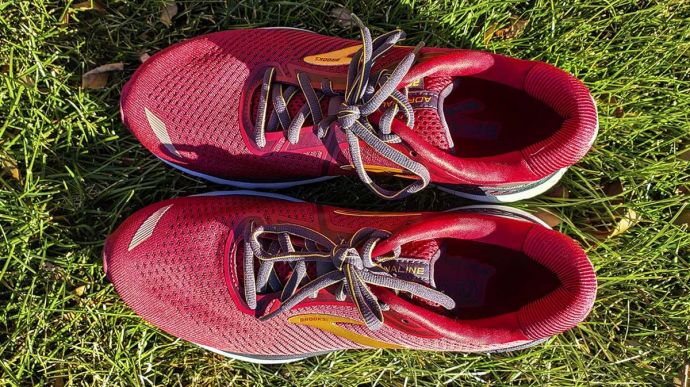 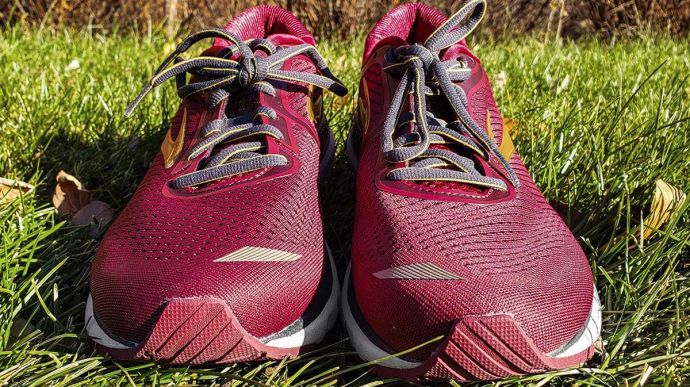 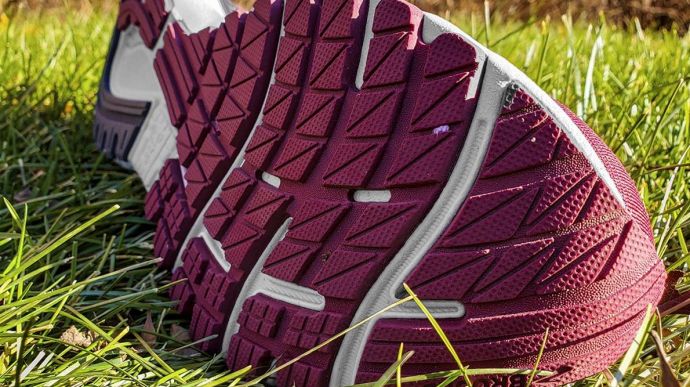 The Brooks Adrenaline GTS 20 offers a supportive yet springy ride as all design components work together to cup the heal with a gentle hug, which transitions smoothly into a solid toe-off.

Minor changes to the base and added medial support strips to an overall slimmed-down upper mean this Go-To-Shoe just keeps getting better!
WHERE TO BUY
LOWEST PRICE
$96
SHOE INFO
Brooks
Brand
Adrenaline GTS 20
Model
Stability
Type
10.6 oz. (301 gr.)
Weight
120 US$
MSRP
12 mm
Heel Drop
Brooks Adrenaline
Family
Adrenaline GTS 19
Previous model
WHO IS IT FOR
The Adrenaline continues to shine as an all-around trainer for runners needing steady support, durability, and cushion for everyday runs whether speed or distance is the focus.

The cost pays off in the long run, with a durable build and midsole that make it a solid investment whether new to running or experienced.
Help me choose

A quick scan of reactions to the last model reveals no surprises: love it or hate it, change rocks our world.

The updated design is here to stay, with only minor tweaks this year such as a gradual transition between the two foams and an asymmetric upper design.

Holistic—that’s what Brooks calls the support offered by the latest GuideRails®.

The word “holistic” derives from the Greek holos meaning “whole”; the metaphorical usage means a whole that is greater than the sum of its parts—which is the perfect description for Adrenaline 20 (explained below).

In addition, Brooks is determined to prevent knee and hip pain by guiding foot motion, offering holistic support for the runner.

Separate foams heel to toe mirrors Brooks’ neutral trainer Ghost with the addition of the GuideRails® Holistic Support System, which also offers guidance on the Ravenna and Transcend.

Here’s the beauty of Brooks’ newly Guided foot motion: the same level of support in Adrenaline 19-20 is offered in a more plush version, Transcend, and a more speed-focused version, Ravenna.

A major difference is the midsole foam with Ravenna’s full length BioMoGo DNA offering support in a responsive shoe and Transcend’s full length DNA LOFT foam providing a plush ride throughout footstrike; both are 10 mm. drop in the latest models.

Adrenaline combines the benefits by offering a plush “crash pad” of LOFT foam in the heel and the lighter responsiveness of BioMoGo in the forefoot, making it ideal for the runner who wants one shoe for all types of workouts.

ASICS GT-2000 is a comparable shoe in the all-around-shoe snappy take-off category. If your long runs are in the 5-8 mile range and speed workouts are a focus, go with GT-2000.

If long runs of 10+ miles are your main training motif, yet you want a shoe that can also handle intervals, go with the Adrenaline GTS 20.

New Balance Rubix has a similar (surprisingly) narrow fit with ample cushion that is more firm than it looks.

Rubix and Adrenaline function well to guide the foot, for the same workouts; the determining factor for you might be Rubix’s drop height of 8 mm. compared with Adrenaline’s 12 mm.

First slipping on Adrenaline 20 revealed a semi-plush upper reminiscent of Transcend 6 (especially the heel collar) with a notably more firm midsole from its cushioned cousin.

The width is narrow, which is characteristic of Brooks. If you’re borderline on sizes, go half size up.

The midsole, sockliner, GuideRail® system, and redesigned upper work together to cups the heel like a warm blanket (it feels like the midsole itself dips and surrounds the heel) which smoothly transitions into a springy toe off.

The forefoot is noticeably more firm than its sister shoe Transcend, but it still protects with buoyant return. (Cousin, sister—whatever, they’re related 😉 )

It feels like running on a compact spring for my midfoot land into toe off: Fabulous. The LOFT crash pad cushions a heel-strike very well.

The Adrenaline GTS 20’s sole unit has undergone slight changes from the 19’s overhaul to retain the soft DNA LOFT crash pad in the mid-to-lateral heel, which now tapers forward to gradually transition into the familiar BioMoGo DNA foam supporting the rest of the shoe.

All of this rounds off the last model’s change to Brooks’ GuideRails® Holistic Support System, which has been smoothed into a single piece for the 20.

Together with the upper, these features feel like one curved midsole piece that craddles the heel to keep it rolling in forward versus lateral motion; I love it! The separate pieces are well-integrated to form a greater whole.

I try to land midfoot; then the heel comes down, rolling forward into toe-off. These Rails, designed with the idea of bowling bumpers in mind, keep my knees in alignment because they gently direct off-kilter foot motion back into forward momentum.

The outsole pattern has the same general design as previous models, with diagonal hash marks gracing the rubber pattern (why?) in place of horizontal, under the ball, and horizontal replacing vertical laterally.

Maybe there’s a reason; my guess is the effect is pretty inconsequential. The shoe offers great grip.

Deeper grooves provide moderate flexibility for the forefoot to bend with the foot while sold rubber patches hold up over long-time wear, and the posterior midfoot holds stiff.

Added to the time-tested resilience of Brooks’ DNA midsoles material, this outsole will make up for the shoe’s moderately-high cost by performing well to (at least) 500 miles.

The new engineered-mesh upper design is lighter yet maintains structure with support strips from the medial heel up to laces, and down to the early midfoot; 3D Fit Print offers intricate design features without bulk.

A plush tongue stays in place put does not connect to an internal bootie like Transcend’s, and Brooks does not cinch on heel support to cut weight.

The internal heel counter is top notch to direct heel motion forward, with padding around the collar that is ultra in the back and tapers toward the laces.

Reflective patches atop the posterior heel and running along the lateral toe alert drivers in low light. Arch height is medium.

Given the narrow design of Brooks, I’m up a half size and so take extra care to tighten the laces toward the ball, or I get blisters from friction.

This just happened from a run in Transcend a couple weeks ago since I loosen the laces for casual wear and thought it would be fine for 6 miles – nope, blood blister on my medial forefoot from a shoe with 200+ miles without issue.

So I take the extra 20 seconds to snug up the laces on Adrenaline! They start to loosen slightly about 4.5 miles into a run, and the fit relaxes too much if avoid an extra tug-through at the start (if they’ve been loosened for all-day comfort).

Because these are shoes you don’t want to take off.

They’re comfy with great color options! Men’s and Women’s come in both bright blasts of color and muted tones with subtle touches. I could have gone with a few, but the red/gold won out.

Yesterday under the foreboding sky of a coming storm I ran some 400’s within the swirl of brisk cold-front winds, clocking 89-90-89-90-90-87 (seconds), which is right where I want to be despite no recent speedwork.

Adrenaline performed as needed, slightly bulky compared with a speed shoe, but great for a shoe I ran 10 miles in the day before…my current “long” run.

Truth be told, I haven’t run longer in Adrenaline, but the lack of hot spots by 10 miles gives me a fair assessment that the shoe fit and support will hold up for higher mileage.

The wind is howling, and a fresh blanket of snow brightens the ground. It’s time for a run!

We purchased a pair of Brooks Adrenaline GTS 20 from runningwarehouse using our own money. This did not influence the outcome of this review, written after running more than 50 miles in them.

Visit ShopAmazon.com
Sorry - Product not found. Please try RunningWarehouse.Com to check in their assortment.
This page contains affiliate links. As an Amazon Associate I earn from qualifying purchases.
WHERE TO BUY
LOWEST PRICE
$96
AVAILABLE ON SALE:Previous model $102