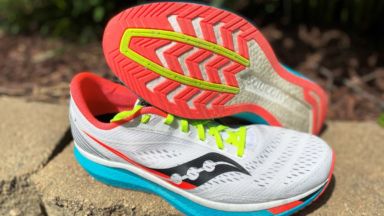 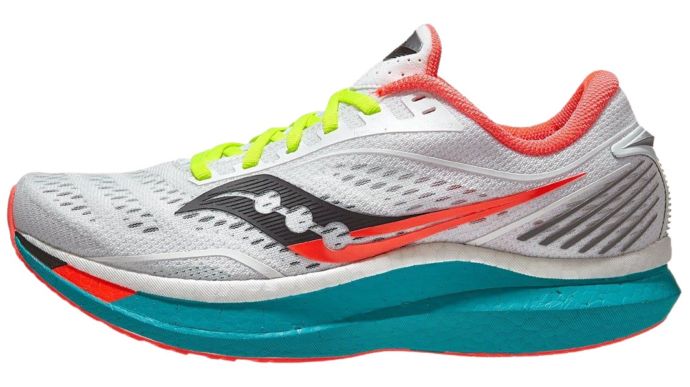 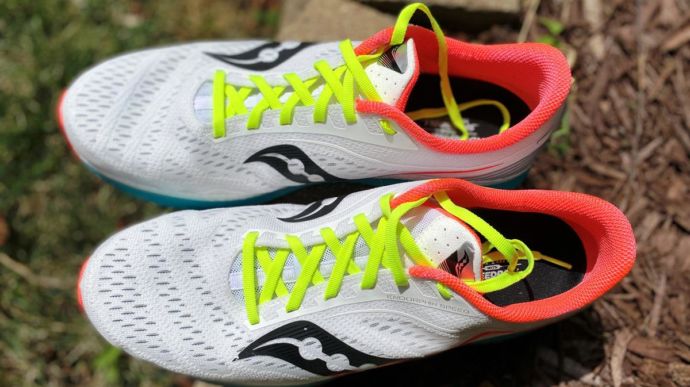 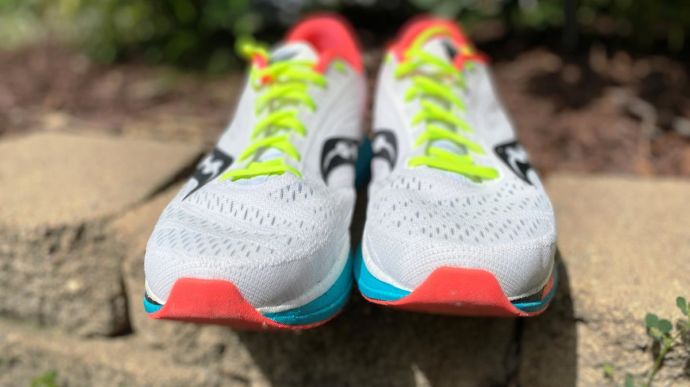 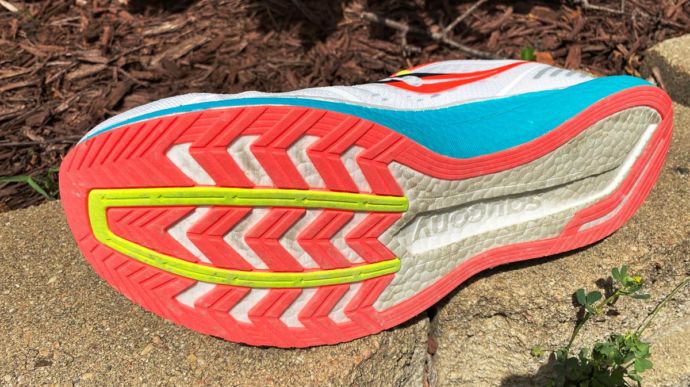 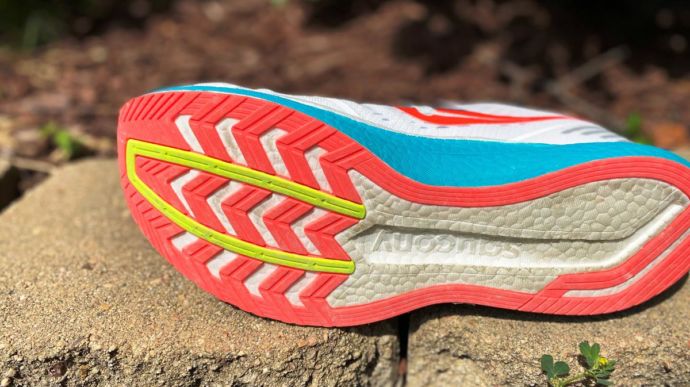 The Saucony Endorphin Speed is perhaps the best overall shoe in which I've ran for the website. This shoe is fast, cushioned, designed to log miles and to be able to log long runs.

I found it hard to truly difficult to find negatives for this shoe. It's nearly perfect.
WHERE TO BUY
LOWEST PRICE
$59
SHOE INFO
Saucony
Brand
Endorphin Speed
Model
Racing
Type
7.8 oz. (221 gr.)
Weight
159.96 US$
MSRP
8 mm
Heel Drop
WHO IS IT FOR
This shoe is for a serious runner. This is NOT for new runners. Plenty of cushion for larger runners, light weight enough for the speed demon.
Help me choose

Over the past year or so, shoe companies have realized the benefit of a running shoe with a hard plate in the midsole. This plate allows for a snappy toe off and helps propel you forward during your stride.

This allowed for a more efficient and stronger push off and quicker pace. This has been shown time and again in marathons in the likes of the Nike Alphafly, Brooks Hyperion Elite and the top line of the Saucony Endorphins — the Pro.

However, what has been lacking is a plated training shoe that offers some of the same benefits of the $200+ versions. In comes the Endorphin Speed.

Sitting right at $160, this nylon-plated trainer can log the longer miles, turn up the tempo and is a great all-around shoe.

At the moment, it really doesn’t have any competition, as it is the only plated trainer on the market, and especially at that price point.

At the moment, the closest competitor would be the New Balance FuelCell TC, but that is priced at the same point as the Pros.

I won’t lie, I was beyond excited to be assigned these shoes. I wanted to see if the hype was real. When they showed up, I was blown away with the looks.

That white with the mutant colorway is just striking, and at this point dare I say “Iconic”. The only issue I had when opening the box was that they smell. They smell super strong of chemicals used to produce them.

When I first put them on my feet, I was surprised by the bounce and give on the cushion. However, I was also taken aback by how tough they were to stand and walk in.

The combination of the high stack and plush cushion was weird on my feet. But then I took them out on the road and the only thing I can say is “wow”. They wanted to go fast. You can feel it, they want to go fast.

The sole unit is the star of the show. Lets start off at the ground and work our way up. On the outsole, Saucony used strategically placed carbon rubber to give grip and durability while staying low on weight.

This piece of the sole unit is one of the only negatives that I have. The rubber is great for most runs, however, as soon as they become wet the grip instantly goes away and when at speed that can be dangerous.

However, on top of that rubber is one of the most advanced midsoles you’ll be able to get your hands on.

The full length PWRRUN PB midsole material is incredibly well cushioned, responsive and light — my size 13 came in at 8.9oz. Saucony put 33mm in the heel and 25mm in the forefoot for a comfortable 8mm drop.

If it were the cushioning alone, it would be a game-changer, but beyond the cushion they added a semi-rigid nylon plate to add a stable and snappy toe off.

The plate bends and snaps you forward, propelling you forward and pushing your knee to drive higher and harder.

These technologies are put into the midsole in a geometric design that Saucony calls Speedroll. The sever upturn on the toe when coupled with the technologies produces a shoe that is very fast, and forces you to use proper form to run.

This became incredibly important if I wanted the shoe to be its best.

The upper on the shoe is very well put together. In the case of my pair, they ran perfect to size 13 the way I like them.

Although not the roomiest shoe in the world, they have enough room that you don’t feel caged in. The shoe has a medium width through the whole shoe with good supports to lock the fit in.

They used a “FORMFIT” mesh upper was inspired by their track spikes. This upper stretches and moves with your foot through your entire run.

It is soft and comfortable through the midfoot and into the toe box. But for me the best part of the upper was the heel support frame. This frame locked my heel in for every run and every pace.

Again, I have a hard time not just gushing over this shoe. It is not perfect. There are flaws. But those flaws are the type I can get over.

The biggest flaw to me is the grip on wet surfaces. I was still able to run on a rainy day, but it was not the most fun experience in the world.

The next thing is learning to run in them. These shoes need you to run in a certain form, and I found that it took me a few runs, not to break them in but, to learn how to run in these shoes.

If you shuffle run, or run with low foot clearance, you’ll need to focus on a high knee drive and push off the ground. The transition from your strike to toe off to knee drive and repeat just locks you in.

Once I got my form down, the shoes locked in and pushed me forward at paces I haven’t seen since before my Achilles injury.

These help push you to YOUR fast. When I compare these to the last shoe I tested, the Reebok Floatride Energy 2, it was night and day.

The Engerys were good shoes and very responsive, however, I averaged 9:30-9:40 miles in them. During my 80+ miles in the Speeds, my average mile was 9:05 with the same effort.

When I wanted to up the pace, I easily maintained a tempo run in the Speeds at 7:15/mi pace.

These are paces I haven’t seen in more than a year, and they felt natural. I was, and am, in love with this shoe. At $160, I don’t know that there is a better daily trainer out there.

The big drawback is the grip, but frankly the incredible upside from the shoes make me get past that. This is a shoe I will keep in rotation and keep running in until they give out. This shoe is a keeper.

We purchased a pair of Saucony Endorphin Speed from runningwarehouse using our own money. This did not influence the outcome of this review, written after running more than 50 miles in them.

Visit ShopRunningWarehouse.Com
This page contains affiliate links. As an Amazon Associate I earn from qualifying purchases.
WHERE TO BUY
LOWEST PRICE
$59