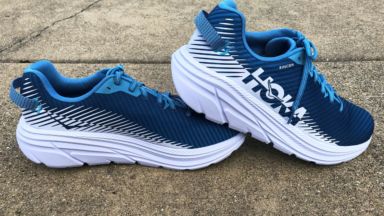 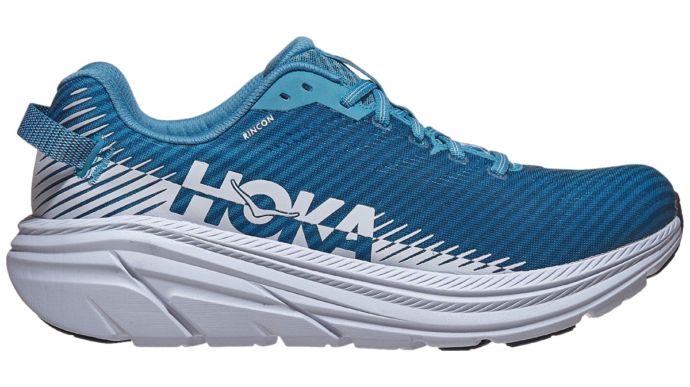 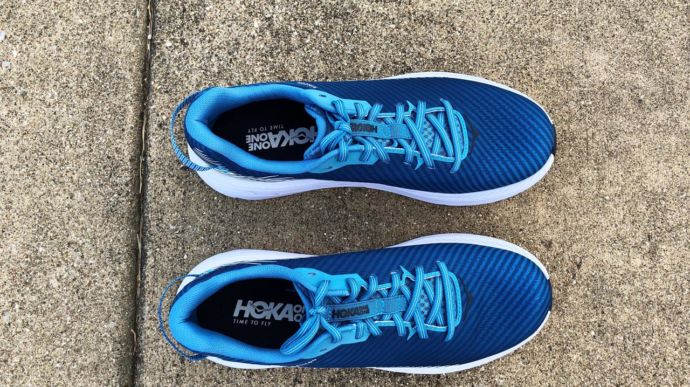 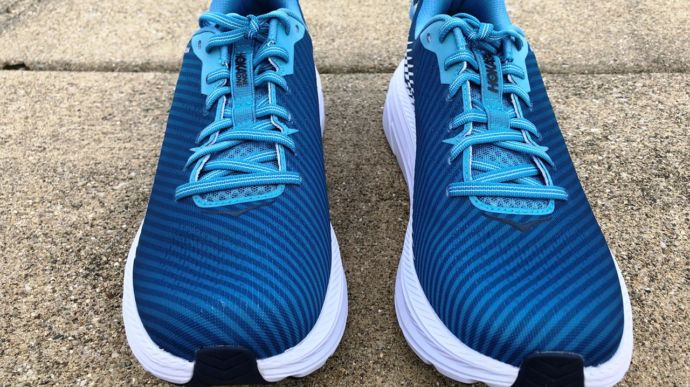 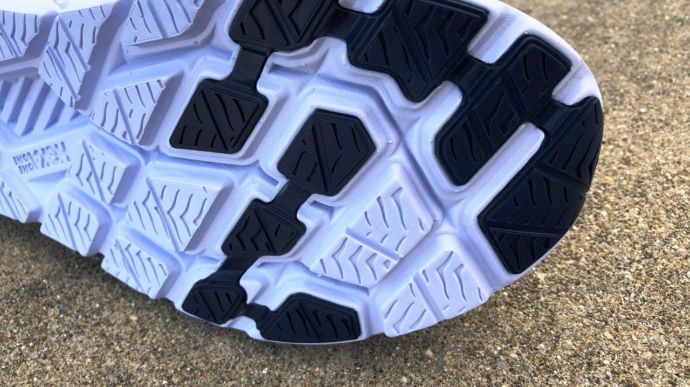 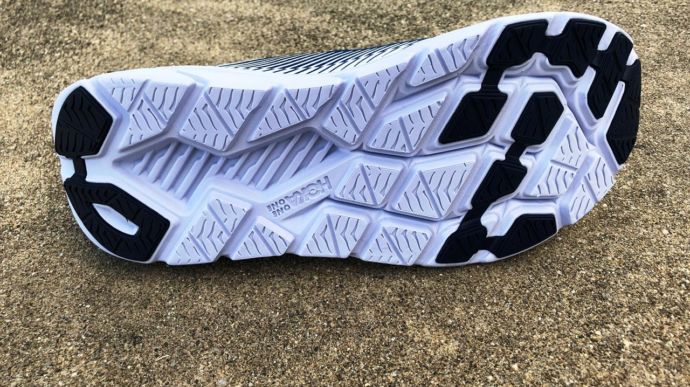 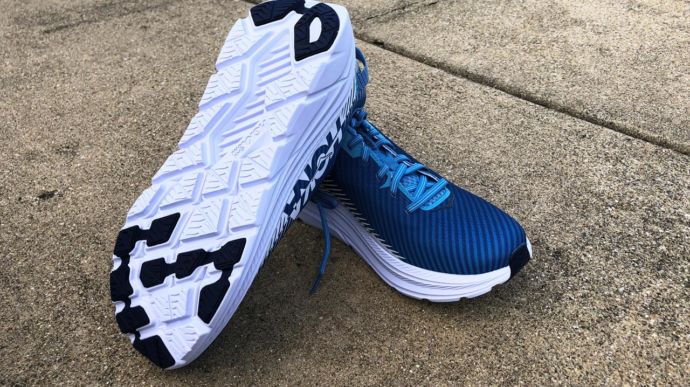 The Hoka One One Rincon 2 offers the same speedy but light shoe that its predecessor did but with minor upgrades.

The Rincons are a relatively novel concept for Hoka, giving runners an option for a speedy shoe without the bulk commonly associated with the brand. Once you strap them on, you will see why it is indeed time to fly.
WHERE TO BUY
LOWEST PRICE
$179
SHOE INFO
Hoka One One
Brand
Rincon 2
Model
Cushioning
Type
99 oz. (2807 gr.)
Weight
115 US$
MSRP
5 mm
Heel Drop
Rincon
Previous model
WHO IS IT FOR
The Hoka Rincon 2 is a great option for many runners and types of runs. It will please those who want a firmer, lightweight maximal shoe that can handle tempo runs to recovery runs.

The Rincon can also be used for long weekend runs and on marathon race day.
Help me choose

Hoka One One Rincon 2 Intro

When trying out the Rincon 2s, I quickly sensed a slipper-like comfort. Hoka One One shoes are well known for their comfort and cushioning.

But few, if any, are as light as the Rincons, weighing in at 7.7 ounces for men and 6.5 ounces for women.

Hoka One One Rincon 2 First Impressions

Hoka One One Rincon 2 – Toe

Still, lightness is not the only consideration when selecting running shoes, nor is it the only thing that makes the Rincons stand out. They provide a stable and snug feel without being constrictive.

I use the Rincon (5mm drop) for speedwork and would definitely consider it for a half marathon or marathon on the roads.

With a springy ride and soft EVA midsole, it’s a shoe you can count on for both everyday training and marathon racing.

Hoka One One Rincon 2 Sole Unit

Hoka One One Rincon 2 – Sole

Hoka’s Rincon 2, which fits true to size, combines the company’s traditional cushioning while adding an element of speed.

Hoka also uses its Meta-Rocker — a curvature design that propels the runner forward — that powers the athlete forward.

The Rincon’s EVA midsole also provides comfort from the initial lace-up and step in. The outsole and midsole provide a rolling effect, which helps smooth the ride and allow the runner to move forward quickly.

The Rincon 2 ride is fluid, soft and lively. The firmer EVA cushioning will provide plenty of stability and protection over up tempo and long miles.

Hoka One One Rincon 2 Upper Unit

Hoka One One Rincon 2 – Top

I have had no problems with the fit or sizing of the upper. The heel is firm and keeps the foot in place.

In the fall weather, there have been rainy days and runs through puddles. The Rincon has fared well when encountering these wet spots.

The shoe does have a somewhat narrow toebox. For those who prefer more room for the toes, this may be a turnoff.

Hoka One One Rincon 2 Conclusion

Hoka One One Rincon 2 – Heel

After 50-plus miles, there is a lot to like about the Hoka Rincon 2s. I have embraced the shoe as one that I would wear for up to a road half marathon distance race. I also use it regularly for my speedwork days during training.

That said I am not convinced it has the long-lasting durability of other shoes. There appeared to be a hint of some breakdown in the sole, not critical but noticeable to a reviewer who was looking closely.

While actually running in them, I did not notice a difference in performance. Still, the lifespan of the shoe may be closer to the 300-mile range than a Hoka Clifton, which I generally easily get 500 miles and even over 600.

Still, if it is a comfortable, fast shoe you want with the ability to go fast, there are few, if any, better choices than the Hoka Rincons.

We purchased a pair of Hoka One One Rincon 2 from runningwarehouse using our own money. This did not influence the outcome of this review, written after running more than 50 miles in them.

Hoka One One Rincon 2 Price Comparison

Visit ShopAmazon.com
This page contains affiliate links. As an Amazon Associate I earn from qualifying purchases.
WHERE TO BUY
LOWEST PRICE
$179
AVAILABLE ON SALE:Previous model $0

Similar shoes to Hoka One One Rincon 2