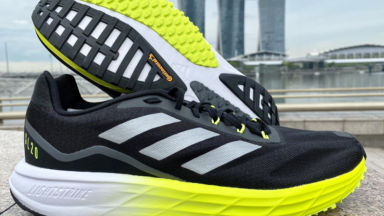 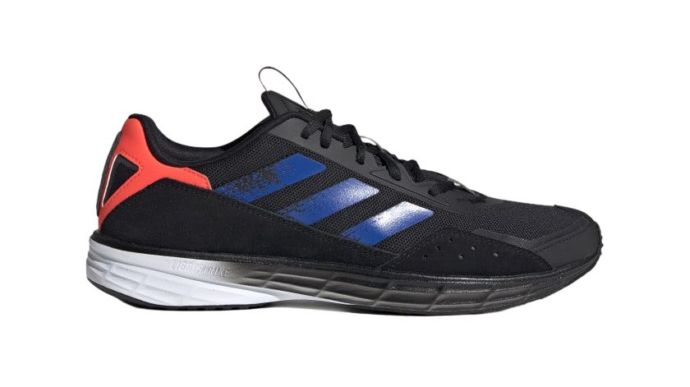 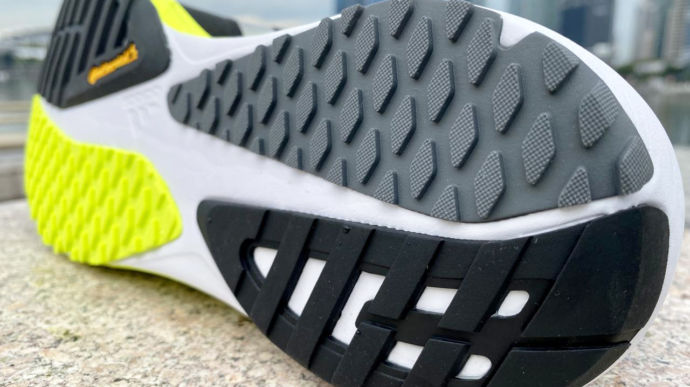 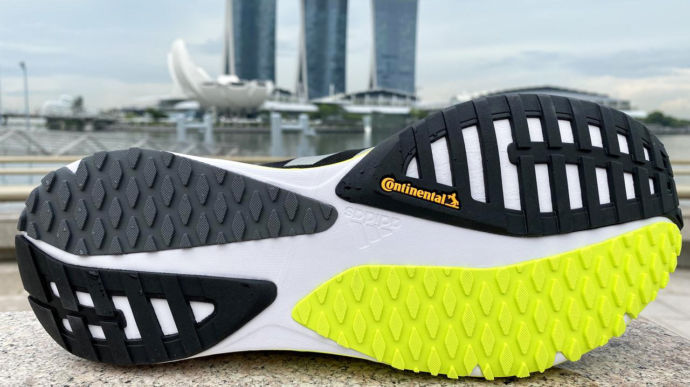 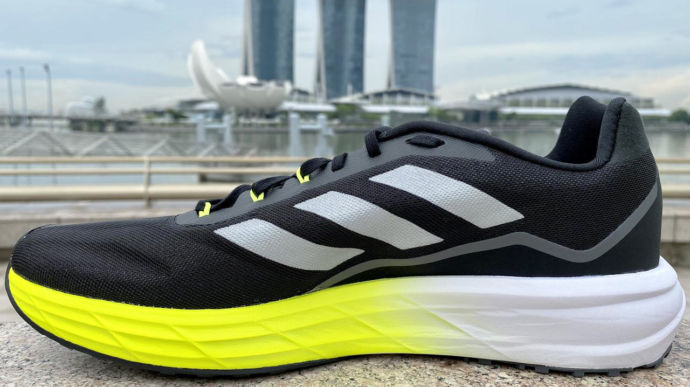 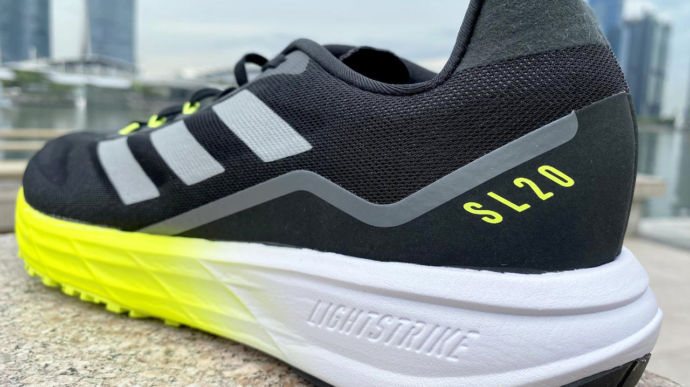 The Adidas SL20.2 is a worthy upgrade to the popular SL20. It has been updated with a new upper which has better lockdown, a thinner midsole which is slightly softer and a new outsole which no longer has a Torsion System.

The SL20.2 has a similar ride to the SL20 but has smoother transitions and a forefoot which isn't as snappy which makes it better for longer, slower-paced tempo runs.
WHERE TO BUY
LOWEST PRICE
$42
SHOE INFO
Adidas
Brand
SL20.2
Model
Lightweight
Type
8.7 oz. (247 gr.)
Weight
120 US$
MSRP
10 mm
Heel Drop
SL20
Previous model
WHO IS IT FOR
If you're a runner looking for a light, tempo trainer which is firmer but more durable than similar lightweight trainers, the SL20.2 is an excellent option.
Help me choose

I’ve always wondered how brands name their shoes. SL stands for “super light” so the first version was the SL20 because it was launched in 2020.

Logic dictates that the next version should be named the SL21 however Adidas named it the SL20.2 perhaps because it was also launched in 2020?

The SL20.2 is designed to be a fast, lightweight trainer which competes directly with shoes like the Beacon V3, Razor 3 Hyper, Kinvara 11 and the Rincon 2.

I love it when a manufacturer makes big changes to the midsole, outsole and upper of a shoe.

A lot of times, you see brands making small tweaks like changing only the upper from iteration to iteration in order to save costs and/or they are scared to lose customers who loved the previous version.

I bought the original version, the SL20, earlier this year and I was curious to see what Lightstrike was all about however I never understood what all the hype was about and why reviewers were raving about the shoe.

You know how when sometimes you get a new shoe and at first you hate it but then the more you run in them, the better they feel and you start to like them?

That was never my experience with the first version. No matter how many kilometres I put on them, I couldn’t get used to their firm, flat ride.

Some runners said that it needed some time for the midsole to soften and become more enjoyable but I never experienced any softening. It just felt like a harsh ride to me.

So now with the SL20.2, has Adidas improved it with all the sweeping changes they’ve made and how does it stack up to the other lightweight, tempo trainers?

The launch of the SL20.2 was a quiet one. The SL20 launch was one of the most heavily advertised Adidas running shoes of the year and it became a very popular shoe.

I was really surprised to see the SL20.2 being sold in the Adidas store so soon, less than a year after the SL20 was launched.

Adidas carries over the fast “laser beam” design from the first version to the new one. I prefer the look of the SL20.2 over the SL20: it looks sleeker and more polished.

The new subtle stripe on the middle of the forefoot reminded me of the iconic racing stripe on the Pegasus 35 Turbo but this stripe can only be seen when you’re viewing the shoe from the top.

When I tried the shoe on for the first time, I could immediately feel that the midsole had been softened up slightly. It had more give to it.

The fit had also been improved. The fit was still on the narrow side and I could feel the prominent midfoot against my arch but the thick synthetic “leather” overlays on the heel were gone.

My first run in the SL20.2 was 15 kilometres at marathon pace and I could tell that I was going to enjoy it more than I enjoyed the first version.

On that first run, the SL20.2 felt firm but cushioned, really smooth and it had a great ground feel.

The most striking thing about the SL20.2 was how snappy and fast it felt. It felt like a true tempo trainer.

Whatever it is, it feels like EVA. Lightstrike lacks the energy return and the lively properties of modern TPU foams. The one big advantage of Lightstrike over regular EVA is that it feels less dense, more airy and lighter.

Would I prefer Boost in the SL20.2 instead of Lightstrike? The short answer is no. Boost is much heavier than Lightstrike and the SL20.2 would then be too similar to the Boston Boost.

Lightstrike works well in the SL20.2 because it’s designed to be a firm, lightweight trainer for shorter to middle distances.

Long distances are definitely doable though if you’re used to firmer shoes. I ran 38 kilometres in them during one weekend threshold run and while my feet weren’t killing me at the end of the run, they wouldn’t be my first choice for long runs.

They just don’t have enough cushioning depth or energy return for runs longer than 30km. The SL20.2 feels best on middle distance runs at tempo paces below 5.20 per kilometre.

The ride of the SL20.2 is on the smoother, firmer side. The biggest difference for me between the SL20 and the SL20.2 is the elimination of the Torsion System.

The Torsion System added midfoot structure to the shoe and made it more snappy because the Torsion shank extended into the forefoot so the plastic extensions helped the forefoot snap back into its original position.

The absence of the Torsion System in the SL20.2 means that it is not as snappy as the SL20 and doesn’t feel as fast. The SL20 was better for shorter, tempo runs.

On the positive side, the removal of the Torsion System leads to smoother ride transitions because the outsole is now full contact whereas the midfoot used to float above the ground on the SL20.

I found the smoother ride of the SL20.2 to be more engaging and enjoyable than the ride of the original version and I found that it performed better on longer runs due to its slightly softer midsole.

I’m a big fan of the new outsole. It’s split into four sections: two on the front half and two on the rear half of the shoe.

The small protruding lugs really helped with traction and grip was great on grass, pavement and tar in both wet and dry conditions.

Durability has been excellent due to the Continental rubber on the outsole which is still the toughest outsole rubber and the one area where Adidas is still ahead of competitors.

I can barely see any wear on the outsole even on high wear areas where I typically strike the ground. I am a bit worried that the midsole will lose cushioning over time as it isn’t very cushioned to begin with.

The SL20.2 fits me true to size and like the first version, it’s best suited to runners with narrow feet and high arches.

I have flat feet so when standing in the shoe or when running slowly, I can feel the prominent arch which makes it feel like a stability shoe but as soon as I pick up the pace, the poking arch sensation disappears.

The SL20.2’s narrow fit is not available in additional widths so make sure you try it on in store if you’ve never worn an SL20 before.

The upper is made from a mesh which is below average in breathability but on the plus side, it feels lighter and more flexible than the mesh on the original SL20.

My favourite thing about the new upper is the heel counter. The higher heel now curves inward at the top and heel lockdown is much better than in the first version.

There are double last row eyelets for heel lock lacing so foot lockdown is excellent and I experienced zero heel slippage. There are also three new midfoot cables on each side which provide extra midfoot support.

On the tongue, the weird pull tab is gone and although it still is not gusseted, there is no tongue slide because the laces go through a loop on the middle of the tongue to hold it in place.

The upper of the SL20.2 is an overall improvement over the SL20 and it has no major flaws.

The SL20.2 has matured into a fine tempo trainer which I enjoy running in. It has an improved upper with better lockdown and like the New Balance Beacon V3, cushioning has been increased which moves it closer to a daily trainer now.

The SL20.2 still doesn’t have the propulsive energy return to match some of the other tempo trainers like the Razor 3 or the Hyperion Tempo but where it blows every other tempo trainer out of the water is its super durable, grippy outsole.

For me, the SL20.2 shone during middle distances at tempo paces but if you’re a runner who prefers a firm, old school EVA ride, the SL20.2 would certainly make a great daily trainer.

The SL20.2 is lighter than the average daily trainer and is better priced because it is often deeply discounted.

If I could change anything on the SL20.2, I’d add in a gusseted tongue for a more comfortable fit and I’d replace Lightstrike with Lightstrike Pro because it would vastly improve the ride and increase its versatility.

We purchased a pair of Adidas SL20.2 from runningwarehouse using our own money. This did not influence the outcome of this review, written after running more than 50 miles in them.

Visit ShopAmazon.com
This page contains affiliate links. As an Amazon Associate I earn from qualifying purchases.
WHERE TO BUY
LOWEST PRICE
$42
AVAILABLE ON SALE:Previous model $34