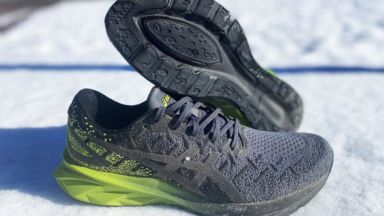 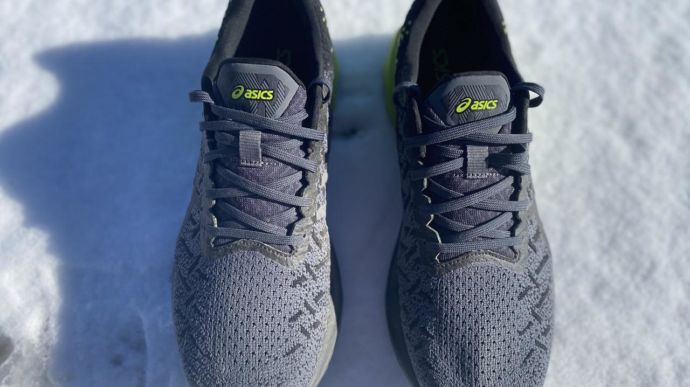 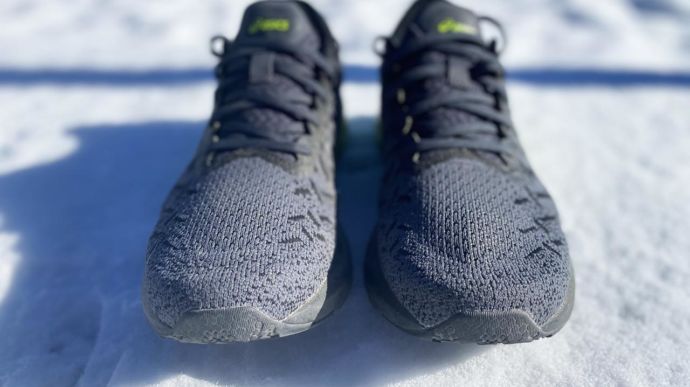 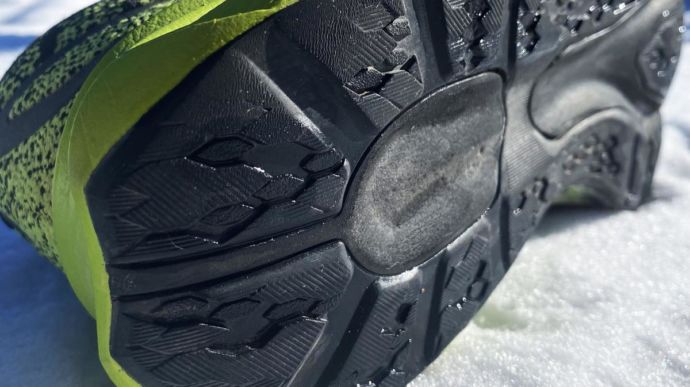 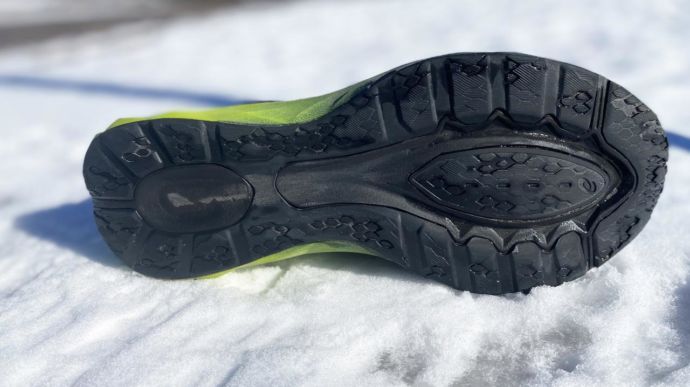 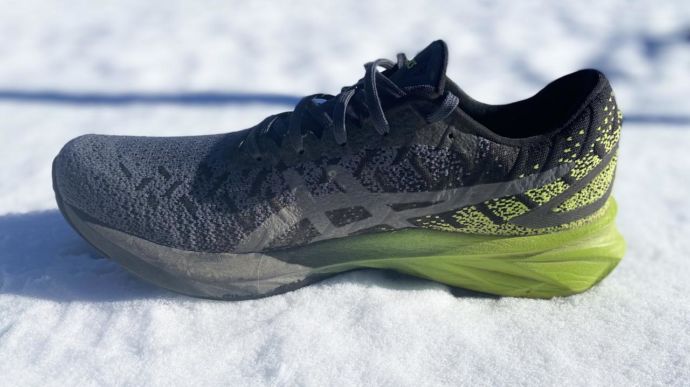 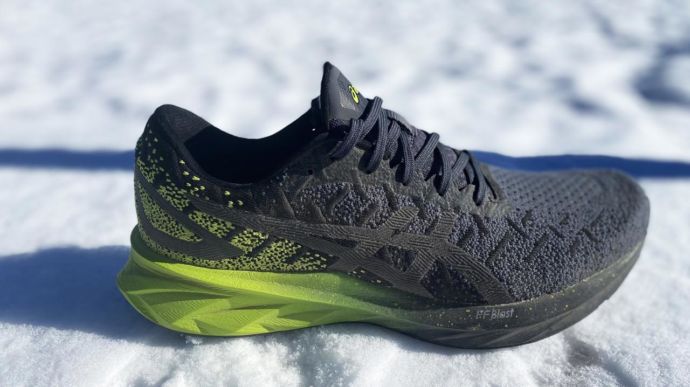 The Dynablast is a good lightweight trainer that offers a classic ride. Despite some fit issues its comfortable cushioning and durability make it a great choice for daily runs
WHERE TO BUY
LOWEST PRICE
$49
SHOE INFO
Asics
Brand
Dynablast
Model
Cushioning
Type
99 oz. (2807 gr.)
Weight
110 US$
MSRP
4 mm
Heel Drop
WHO IS IT FOR
Neutral runners seeking a high performance, lightweight daily trainer that does not break the bank.
Help me choose

The ASICS Dynablast is the newest addition to the ASICS blast family.

The line which includes the Novablast and Roadblast, a lesser known $90 budget shoe, feature a bouncy midsole constructed with FlyteFoam Blast which are geared towards daily training.

The line is designed to deliver a soft platform with responsive cushioning that delivers a comfortable and energetic ride.

The Dynablast is a lighter, lower stack height counterpart to the Novablast which is a more max cushioned shoe with a bouncier ride.

At first glance, the Dynablast is a sharp-looking shoe, and the black/yellow colorway looks very modern keeping pace with many newer shoes that have also adopted the same colorway.

The outsole was very angled with the same patterning as the Dynablast.

On hand and eventually, on foot the Dynablast is very light which surprised me considering the shoe stack height. I initially had my reservations about the knit upper as I typically find most too compressive.

However, once I placed them on I found a soft knit that fit decently with a solid but not compressed hold. The toe-box is roomy, which I love, but felt a bit much.

Many runners have noted that the shoe felt a 1/2 size big and considered sizing down. For myself shoe felt like it might have been in between sizes, but nothing that I would consider sizing down for.

Strolling in the shoes for the first time I immediately felt the 12 mm drop with a standard feel to the midsole.

Enter The Dynablast which drops the stack height to 28mm / 16mm giving it a 12mm overall drop compared to the 32mm / 22mm of the Novablast.

This standard drop also gives a standard ride. This ramp is certainly noticeable particularly in the forefoot that feels thin compared to the endless cushioning in the heel.

While this makes the transition not as united as it could be it wasn’t an issue. I think that by taking 2mm out of the heel and putting in the forefoot would really relieve this and make the shoe more attractive.

Just to clear FFBlast is not the same as FlyteFoam that was used in the GlideRide and Evoride which are firmer and accentuated with a rocker design not included in the blast series.

FFBlast is being advertised as a high bounce midsole that is more tempered in the Dynablast than the Novablast.

That said the Dynablast offers a bit of responsiveness but it’s not the best shoe for faster paces like the Evoride or the unbridled responsiveness of the Novablast.

The Dynablast has an even balance of stability and softness with a bit of bounce that makes it a well-crafted shoe for daily running at easy to moderate paces.

The outsole of the Dynablast is fairly full coverage and I think a major selling point of the shoe. I have logged close to 80 miles so far and the shoes and are showing very little signs of wear.

This outsole is grippy, responsive and versatile as it did well on bridle paths and mild trail. But most of all, its durable and attached to a shoe with a decent price point.

I think that I can honestly say that the upper of this shoe will wear out long before the sole ever will.

Admittedly I have never been that big of a fan of knit uppers. I find them with either too tight, warm or a combination of the two. However, as knits are finding their way into more shoes they too are evolving.

Many newer knits are thinner, open, and the stretch can vary depending on how it needs to work with the rest of the shoe. What this leads me to is the knit upper that ASICS has used in the Dynablast.

I have to say that I was pleasantly surprised at how much I liked this upper. I found the knit soft, Pliant, thin, and not overly compressive.

Being winter in Colorado they have felt great on cooler days and not stifling on warmer ones.

ASICS has the right amount of reinforcements around the midfoot and heel with a rigid counter that helps hold everything together for a comfortable secure feel.

One thing that I appreciated with his upper is the use of a more modern tongue. Historically ASICS loves to use on overly padded think tongue which is still currently being placed on shoes like the Evo and GlideRide.

The tongue of the Dynablast is far less prominent and clutched the top of my foot comfortably.

Never in my life did I think there would come a day when I thought a toe box would be to generous, but that day has come. Don’t get me wrong it’s incredibly comfortable but the volume is just too much.

The fit is loose and lacks the compression that I would have expected from a knit material making it a bit sloppy.

The 12mm drop of the shoe I feel only enhances this as I felt that the front of my foot would drive more forward than down through toe-off.

While this seems like a deal-breaker I assure you it is not, and more of what I would call a sizing quirk that hopefully will be remedied as the shoe evolves.

With the release of so many super shoes right now little attention is being given to the workhorse of the running community which is the everyday trainer.

Unfortunately, the Dynablast is a bit of a casualty as its release day coincided with many super shoes leaving it off in the shadows.

The Dynablast is a great lightweight trainer that offers up a controlled ride reaffirming that ASICS is making strides in the right direction.

Granted it’s not a plated shoe but it is still fun to run in at faster paces and glides along efficiently with bit energy.

The ride and cushion of the Dynablast may be average to just a bit above, but this is what makes it a shoe that can be enjoyed by a wide audience of runners.

The only real weak point of the Dynablast is the overall fit of the knit upper. While annoying and making it a bit challenging to dial in the fit in no way does it ruin the shoe.

At $110 the Dynablast is a tremendous value and a great choice for the single shoe runner, or those currently shopping for a lightweight daily trainer.

We purchased a pair of Asics Dynablast from runningwarehouse using our own money. This did not influence the outcome of this review, written after running more than 50 miles in them.

Visit ShopRunningWarehouse.Com
This page contains affiliate links. As an Amazon Associate I earn from qualifying purchases.
WHERE TO BUY
LOWEST PRICE
$49