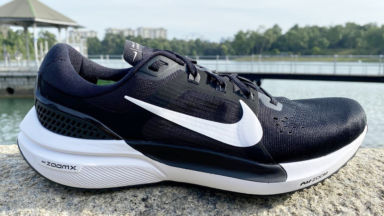 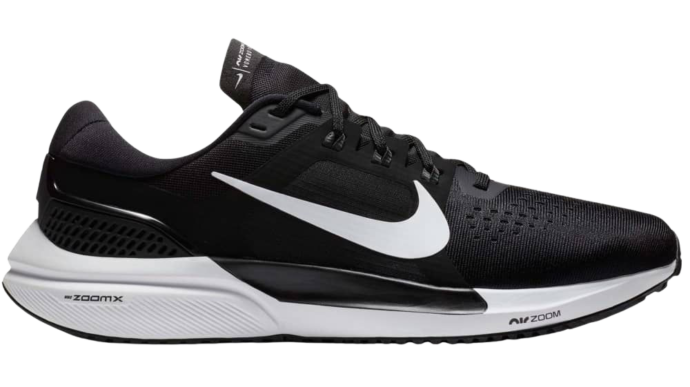 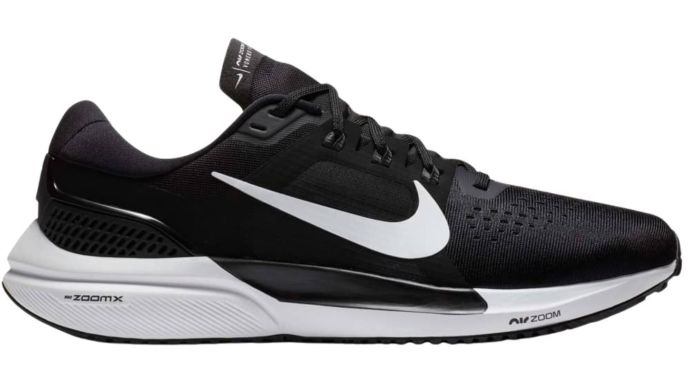 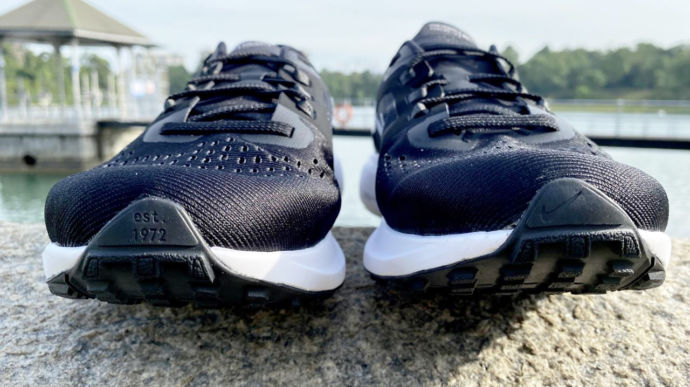 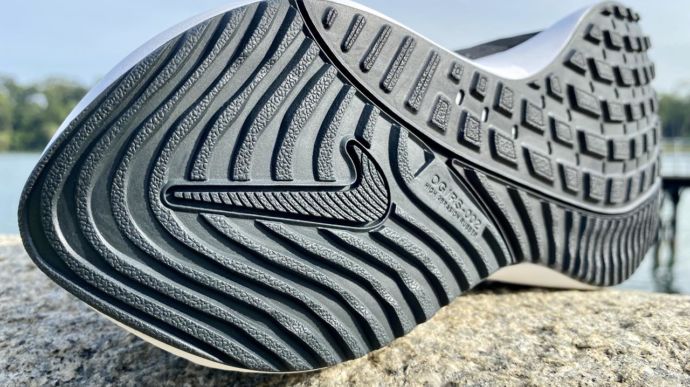 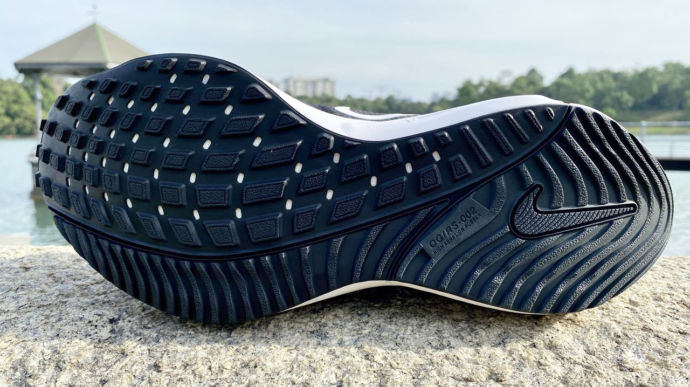 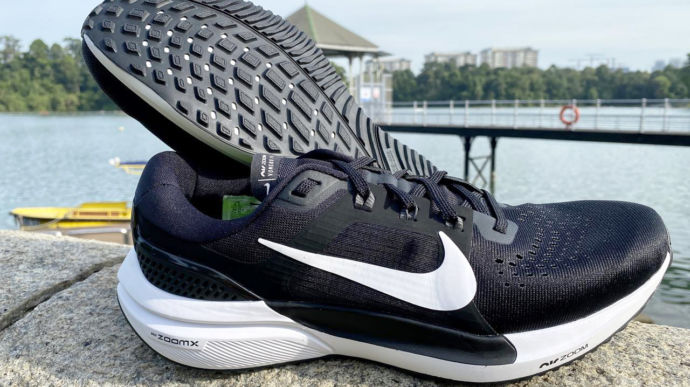 The Nike Air Zoom Vomero 15 is a major update and a vast improvement over the Vomero 14. The plush upper makes its comeback on the Vomero 15 and its ride is noticeably more cushioned than the previous version.

Compared to other max cushioned trainers, the Vomero 15 rides firmer because of its large forefoot Zoom Air unit.
WHERE TO BUY
LOWEST PRICE
$140
SHOE INFO
Nike
Brand
Air Zoom Vomero 15
Model
Cushioning
Type
10.2 oz. (289 gr.)
Weight
140 US$
MSRP
10 mm
Heel Drop
Nike Vomero
Family
Zoom Vomero 14
Previous model
WHO IS IT FOR
If you're a runner looking for a daily training alternative to the Pegasus 37 that has a more comfortable upper and a much more durable outsole, the Vomero 15 is a good buy.
Help me choose

I can remember my first run in my Vomero 3’s like it was yesterday. It was so smooth, cushioned and springy at the same time; I had felt nothing like it before.

Throughout the years, I’ve worn various versions of the Vomero for easy and recovery runs but the Vomero 3 still stands out as my favourite version.

The Vomero 14 of 2018 was a completely different shoe to the Vomero 13. The Vomero 14 wasn’t a terrible shoe but for a Vomero, it was a big disappointment for me.

Not only was it uncomfortable because of its thin, racing-inspired tongue that let through lacing pressure but its forefoot was really firm so it was only suited to heel strikers.

The Vomero is supposed to be one of Nike’s plushest, most cushioned trainers but the 14 had none of that super soft goodness that we’ve come to expect from a Vomero.

It felt like a tempo trainer which couldn’t go further than 10km because it didn’t possess enough cushioning.

It was also lumpy because when striking the heel, all the air in the full-length Zoom Air unit shifted to the front of the shoe.

The flagship Nike trainers like the Pegasus and Vomero are normally annual updates but it’s been two years since the Vomero 14 came out.

The Vomero 15 was first launched in South Korea in November and was a big surprise because there were rumours that the Vomero 15 wasn’t going to be launched due to manufacturing issues.

Luckily, a couple of weeks later it launched in Singapore and I immediately ordered a pair. So far, it’s only been launched in a handful of countries in Asia and Europe.

Will there ever be another Vomero that comes close to the Vomero 3 when the Vomero series was at its peak? Version 11 came close but its ride wasn’t as engaging.

How does the Vomero 15 stack up to the other Vomeros and can it compete with the other max cushioned trainers?

When pictures of the Vomero 15 leaked online 6 months ago, I was relieved to see that the Vomero had undergone a complete makeover.

The upper looked a lot more padded and the introduction of ZoomX in the midsole meant a more responsive ride.

When I received them and tried them on, their padded upper cocooned my feet with plush foam which felt like the Vomeros of yesteryear.

The toe was pointy and the forefoot felt really long in my regular size so I ordered another pair a half size smaller and the fit was perfect.

The Vomero 15 felt heavy in hand but the weight didn’t bother me because the Vomero is not a shoe designed to go fast. There are other Nike trainers for that purpose.

Underfoot, the heel felt soft and forgiving but the forefoot felt on the firm side because of the pressurised Zoom Air unit.

My first run was 7 km at an easy pace. It took the first kilometre for the shoe to break in due to the stiff forefoot that houses the airbag.

During that first kilometre, I felt some discomfort under the ball of my right foot but luckily the sensation dissipated quickly.

I was really surprised at how fast and responsive they felt. The Vomero 15 felt like a luxury sedan but with the motor of a sports car.

After that first run, I thought to myself that the Vomero 15 had the potential to knock the Triumph 18 off the perch as my top max cushioned trainer.

The midsole of the Vomero 15 is an intricate setup. It consists of a forefoot Zoom Air unit, a ZoomX core and an SR-02 carrier foam to protect the ZoomX.

Not much is known about the composition of SR-02 but it’s the same super soft midsole foam used in the Nike Joyride and it feels a lot like the Lunarlon foam that was used in versions 10-13 of the Vomero.

The forefoot Zoom Air unit is very similar to the one used in the Pegasus 37: thick and large. The airbag is where the Vomero 15 gets its high level of responsiveness.

With every footstrike, the airbag compresses and springs back quickly, providing a springy sensation upon toe offs, especially when forefoot striking.

The downside of having such a large Zoom Air unit is that it makes the ride firm. Unlike the Pegasus 37 which has different airbag densities for men’s and women’s versions, the Vomero 15 is only available in a men’s version with the firm airbag.

I would definitely have chosen a softer riding women’s version over the men’s had one been available.

The star of the show is the ZoomX core which is Nike’s crown jewel when it comes to midsole foams but the ZoomX in the Vomero 15 is a bit of a letdown for me.

In shoes like the Vaporfly Next% and the Pegasus Turbo 2, ZoomX really stands out as a bouncy, cushioned foam but in the Vomero 15, the small amount of ZoomX feels watered down and its responsiveness is muted.

In my opinion, the absence of a Zoom Air unit and the addition of more ZoomX in the forefoot would have made it a much softer, better shoe.

I really enjoyed the Vomero 15 on middle distances between 10km and 20km. It felt best at up tempo paces below 5.15 per kilometre.

I found it to not be that enjoyable on easy and recovery runs because of its firm forefoot due to that Zoom Air unit.

The longest run I did in the Vomero 15 was 39 kilometres and while its performance was acceptable, it wouldn’t be my first choice for long runs because the forefoot just doesn’t possess enough long-distance cushioning comfort.

Stability is a big strength of the Vomero 15. Like the Structure 23, it’s a neutral shoe but it possesses stability elements like raised side rails, a built-up arch and a wide midsole base.

The impressive outsole of the Vomero 15 is one of the most durable I’ve ever seen on a running shoe. It’s covered entirely in thick, durable rubber.

This is a telltale sign that Nike designed the Vomero 15 to be a daily training workhorse like the Pegasus.

In my time of testing, I put over 100km’s on my pair and there are very few signs of wear. The Vomero 15’s outsole is well capable of over 1000km’s of running.

The superlative, comfortable upper is easily the highlight of the Vomero 15 for me.

It’s one of the most comfortable uppers I’ve worn all year and the only thing to watch out for is that it runs a half size large.

The plush heel counter is generously filled with foam and the inside lining is soft and smooth. There’s a hard, plastic external heel counter which holds my heel securely in place so no heel slippage occurs.

The Vomero 15 still maintains the flat tongue which I don’t understand. Every other piece of the upper is thick and padded so it clearly isn’t designed to be a light or cool shoe. Why not add a plush tongue to increase comfort?

An annoying thing about the flat tongue is that the tip of it folds down when I’m running which is another problem that would be solved with a thick tongue.

All the heavy padding results in a warm upper that absorbs sweat and rain so if you live in a tropical climate or you sweat profusely, the Vomero 15 might not be the shoe for you.

So the big question is should you buy the Vomero 15?

If you’re looking for a Pegasus replacement, then the answer is yes. I see the Vomero 15 as a substitute for the Pegasus 37. It has a more comfortable upper with better lockdown, a more cushioned midsole and a tougher outsole.

The Vomero 15 weighs slightly more than the Pegasus 37 but its ride feels more energetic and lively because of the ZoomX and SR-02 combination.

If you’re an old school Vomero fan and you crave a super soft, plush ride, then the answer is no. You shouldn’t buy the Vomero 15.

When it comes to being a Vomero, the Vomero 15 has the signature, plush upper but it lacks the soft ride which runners look for in a max-cushioned trainer.

The Nike Structure 23 is a better Vomero than the Vomero 15. It has a smaller forefoot Zoom Air unit so it has a softer ride and is more suited to easy and recovery runs.

I found the Vomero 15 to be a good shoe but a mediocre Vomero. It shines on up tempo, middle distance runs but is not enjoyable on easy or recovery runs because it is just too firm.

Hopefully, the Vomero 16 will maintain the plush upper but have a softer ride with more sink-in cushioning. Pictures of it have already leaked online.

We purchased a pair of Nike Air Zoom Vomero 15 from runningwarehouse using our own money. This did not influence the outcome of this review, written after running more than 50 miles in them.