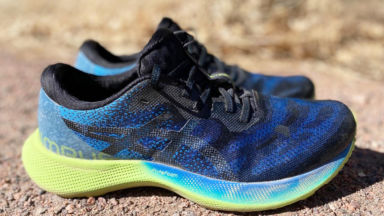 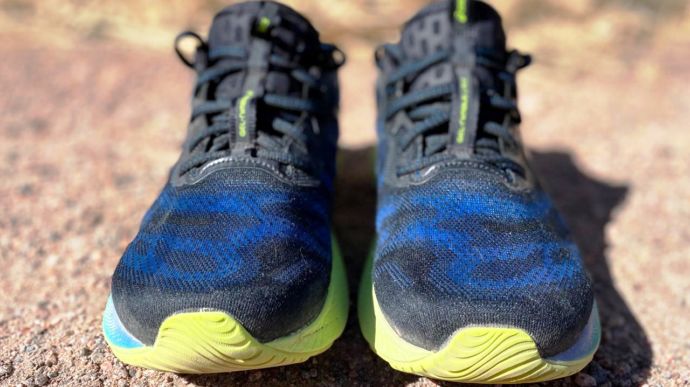 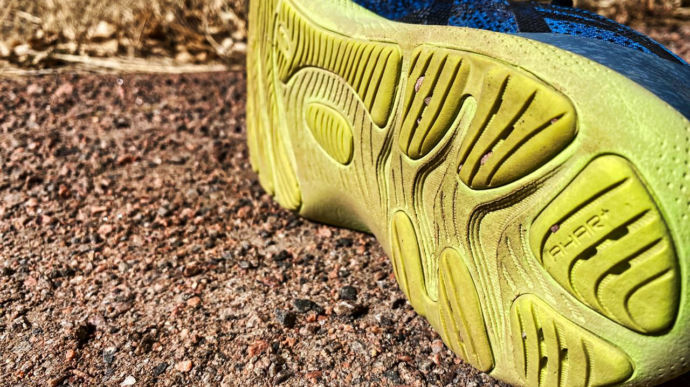 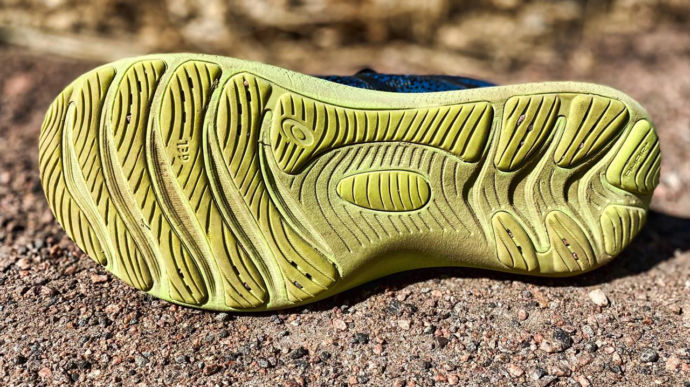 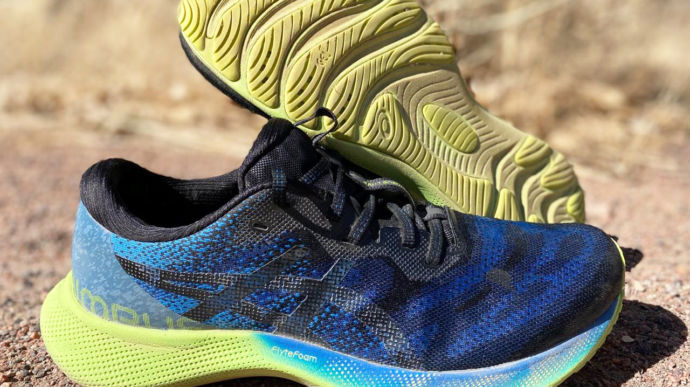 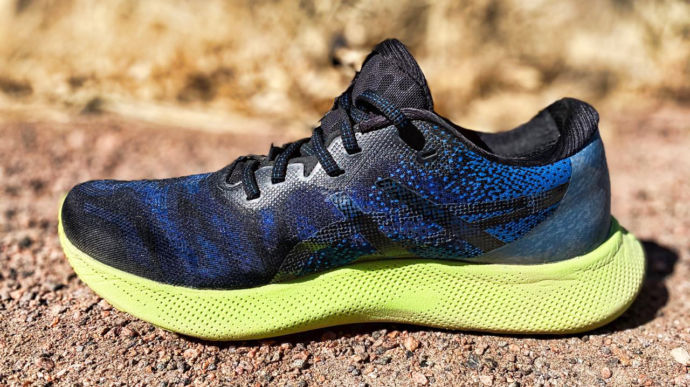 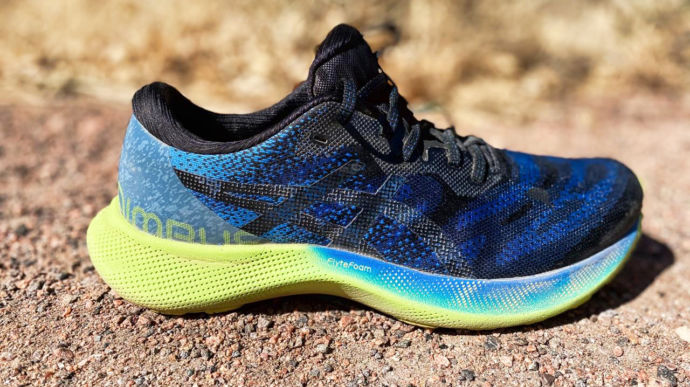 The Nimbus Lite is a great trainer with a versatile fit and smooth enjoyable ride. If you have been looking to get back into an ASICS shoe or are a long time fan looking for a change then the Nimbus Lite 2 is a must try.
WHERE TO BUY
LOWEST PRICE
$65
SHOE INFO
Asics
Brand
Gel Nimbus Lite 2
Model
Cushioning
Type
9.6 oz. (272 gr.)
Weight
150 US$
MSRP
8 mm
Heel Drop
Asics Gel-Nimbus
Family
Nimbus 22 Lite
Previous model
WHO IS IT FOR
Runners that enjoy a neutral trainer with some flexibility mild bounciness and may benefit from a touch of stability.
Help me choose

The Nimbus Gel Lite 2 as we have come to know it is ASICS modern approach to one of its most popular and successful shoes the Nimbus. The Lite returns renovated from the ground up.

This time around the shoe has a new and more expansive midsole geometry that is also gender specific.

The upper features an engineered mesh that is very eco friendly, using 80% recycled materials, is softer with a bit more volume that fits true to size.

Historically when I have received an ASICS shoe I had a hard time getting excited about it.

Much like a trip to the dentist, it was something that I would dread, but I would show up and get it done simply to get it off my plate and relieved when it was over.

Let’s face it ASICS hasn’t really done anything to wow runners in the previous 5 years; Much of what had been released failed to evolve and if it did was small and at a snail’s pace.

Flash forward to 2019 and they drop the GlideRide and EvoRide. These two shoes had more innovation in them than we had seen from the brand in a decade.

From that launch pad, ASICS continued to rocket forward with new and innovative releases in nearly every category.

If ASICS continues on this same trajectory 2021 could be an even better year than 2020. A great example of this is the Nimbus Lite 2.

Out of the box, I was blown away at the modern and streamlined shoe that was before me struggling to believe that it was an ASICS shoe. Once on the step in feel was outstanding.

Underfoot it felt stable with a bit of bounce when walking especially from the embedded gel pod in the heel. I found the fit true to size with a fair amount of comfortable features that I will hit on more in the review.

As I touched on earlier The Nimbus lite 2 is one of the most eco-friendly trainers on the market. Not only is the upper made from recycled and repurposed material but the midsole is as well.

The FlyteFoam used to create the shoes base uses 15-20% cellulose nanofibers repurposed from sugarcane. These fibers provide internal structure and purportedly increase the durability of the midsole.

The same foam has also been used in the Metaracer and Kayano as well. The new geometry of the midsole has the same stack height as before but version 2 is more gender-specific.

The women’s version omits a central rubber pod and carved out midsole. This keeps the men’s with a wider and more stable base and eliminates weight on the women’s side.

Additionally, the stack height of the women’s model is higher at 13mm vs. 10mm in the men’s which uniquely reduces Achilles and calf strain.

Keeping with tradition there are still gel pods but are cleverly embedded and out of view in the heel and forefoot. The midsole is also broader with vertical medial sidewalls and a protruding and beveled heel.

This creates a very stable platform for a neutral shoe without compromising its flexibility and smoothness.

The outsole is a combination of exposed foam and five wave-shaped rubber pods in the forefoot and three in the heel. Another strip is placed on the medial side and a single pod dead center. (Men’s version only)

This design not only cuts down the amount of rubber used reducing weight but also creates an outsole with good grip that accentuates the geometry of the midsole.

The great thing about this sole unit is that it provides a consistent, smooth, and amazingly stable ride. Initially this wasn’t the case as the shoe had a weird flex point at mid foot and they felt stiff.

However after a couple of 6-7 mile runs this all disappeared and I have not had any issues since. While the shoe has a bit of bounce which makes it lively it is not really suited for faster paces.

I did use them with some success on tempo runs just under a 7:00 minute/ mile pace but are a bit heavy for much more than that. Perhaps a more rocker shape like the EvoRide would clean this up a bit more.

The Nimbus lite is great for daily medium and easy paced runs. The smooth transition and its stable base make it a great recovery shoe and even better for longer days.

ASICS has made it known that its making a serious drive in 2021 to move towards more sustainable products and packaging.

This push is very evident starting with the Nimbus lite 2 which uses 80% recycled content in the engineered mesh upper.

The upper is entirely seamless with fused tiger stripe overlays at the midfoot and a rigid laminated heel counter. The mesh is soft, pliable, and breathable but not airy which might make it a bit warm as the temps start to climb.

A lot of the support comes from a gusseted tongue that is not overly padded which is a nice change for an ASICS shoe.

The fit overall is generous but not sloppy making it suitable for runners with a higher volume foot. The heel collar is well, but not excessively, padded that locked my foot comfortably without feeling clutched or tight.

I will have to say that after running in the Nimbus Lite 2 my entire attitude of ASICS has shifted. I have been reviewing a fair amount of daily trainers and have to say this is my favorite thus far.

I think it’s fantastic to finally see ASICS take some risks and push out some exciting shoes, and can’t wait to see what they have in store for the rest of 2021.

Anyhow, I really think that the Nimbus lite 2 will work for a a lot of runners in a lot of different ways. The shoe lacks a bit of pop but I really think the consistent, stable, and steady ride help make up for it.

I have no issue strongly recommending this shoe for anyone looking for a solid bread and butter daily trainer.

We purchased a pair of Asics Gel Nimbus Lite 2 from runningwarehouse using our own money. This did not influence the outcome of this review, written after running more than 50 miles in them.

Visit ShopAmazon.com
This page contains affiliate links. As an Amazon Associate I earn from qualifying purchases.
WHERE TO BUY
LOWEST PRICE
$65
AVAILABLE ON SALE:Previous model $7