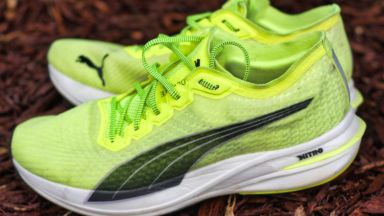 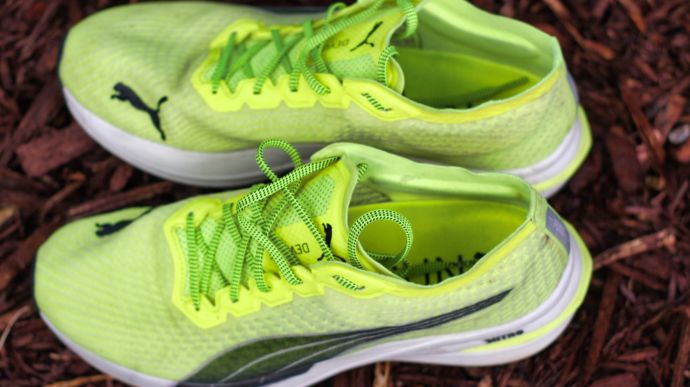 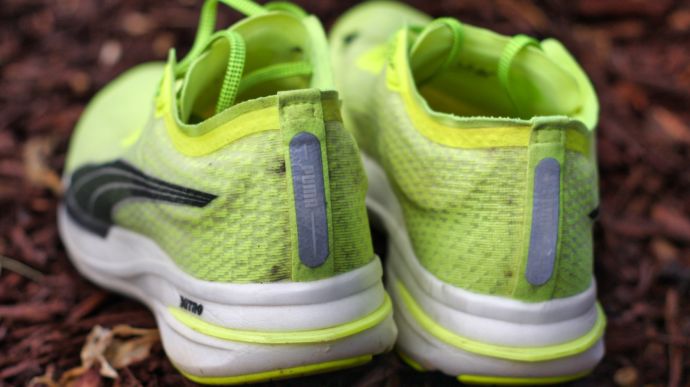 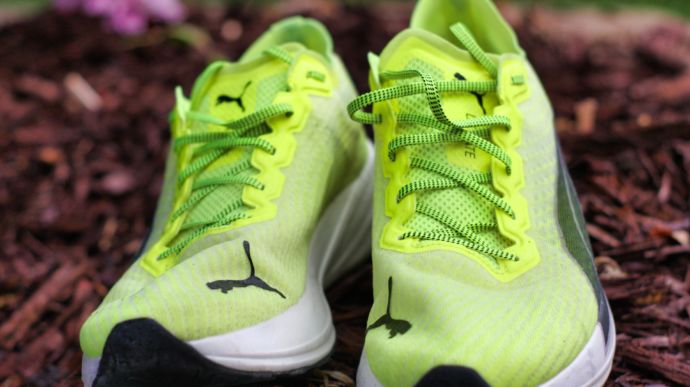 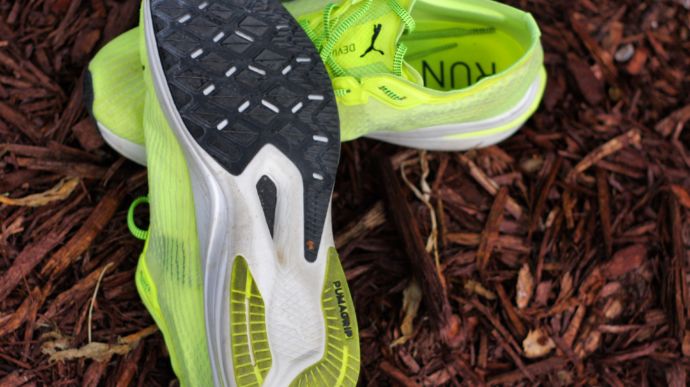 The Puma Deviate Nitro is Puma's response to the plated everyday runner, but it's not nearly as good as some of its competitors. That said, it's still a fun shoe, especially on long runs.
WHERE TO BUY
LOWEST PRICE
$69
SHOE INFO
Puma
Brand
Deviate Nitro
Model
Racing
Type
9.4 oz. (266 gr.)
Weight
160 US$
MSRP
8 mm
Heel Drop
WHO IS IT FOR
This shoe is made for any runner. It is quite stable, and has plenty of cushion for any runner, with the plate in place for those who want that snap.

The best runner for these shoes is logging some long weekend miles.
Help me choose

Puma has been a brand that has been out of the spotlight when it comes to running shoes for quite some time. When people ask for recommendations on running shoes, they aren’t a company that even remotely comes to mind.

However, in the past year, the company has made a real effort to get back into the game of mainstreams running shoes.

For doing this, Puma decided to go the route of Skechers and double-down on Nitro foam. And just like how Skechers have gained popularity and respect, Puma has hit the mark with their newest offerings.

With the advent of the plated-racer and plated-trainer, Puma jumped into the game with the Deviate line. They have released the Deviate Elite, the racer level, and the Deviate Nitro, the trainer.

At $160, the Deviate most closely compares to the Endorphin Speed, my favorite shoe of 2020, but it doesn’t quite hit the same mark.

I had been reading a lot about these new Puma offerings and was excited to get them and see how they worked. I ordered the bright yellow colorway, and I we not disappointed.

They offer a few standard colors (white and black) but also some great bright colors if you like bright shoes. They were visually striking, and when I put them on for the first time, I was impressed by how soft they felt.

The first run I took them on was a normal 5-miler and was impressed by how stable, soft and comfortable the ride was.

Puma decided to use a full Nitro foam midsole to keep weight down while adding responsiveness. This type of foam is soft, lightweight and very durable.

However, it will not be as soft, or responsive as a material like Saucony’s PWRRUN PB. With 32mm under the heel and 24mm under the toe (8mm drop), there is plenty of cushion for any run.

The biggest selling point for this shoe is the carbon fiber plate to maximize responsiveness and speed. The plate is felt when you pick up your pace, but otherwise does not show up in the performance of the shoe.

At the same level of the plate, Puma inserted a TPU heel piece for added stability and viability (reflective material). This hard plastic piece does serve its purpose, especially if you are a heel-striker.

With the intention of this being a daily trainer, Puma decided to use a full-length rubber outsole named PumaGrip.

Many other companies have outsourced their rubber production, whether with Continental or Vibram, but this material is on par with any I’ve seen on a road shoe.

I ran in rain, sleet, snow and dry conditions and not once did my feet feel like they were slipping.

The upper runs true to size, and keeps things very simple for the runner. This is where Puma worked to make sure the weight stayed where they wanted it (9.4oz for a size 9, 10.2 for my 13s).

Using a seamless dual-layered upper with engineered mesh and a gusseted tongue insert and a suede material in the heel for a soft feel on the foot.

This material moved with and locked in my feet. The mesh is very breathable, and the tongue uses a mesh material for breathability.

Eshewing the traditional collar and heel area was both a good and bad move by Puma. This collar is incredibly comfortable for everyday wear, and I never had an issue with it.

However, one of the biggest complaints I”ve seen about this shoe is the heel and collar because it is too soft and causes heel slippage.

Knowing this issue before I started running in the shoe I specifically looked for it, and found that when I switched to a heel-lockdown lacing, the issue went away.

However, this collar also was one of the areas that annoyed me for another reason. With the lack of structure in the collar, there is always a gap open between the upper and your ankle.

This means if you’re running on a surface that has some debris (rocks/gravel/mulch) then you’ll likely get debris in the shoe.

Considering this is Puma’s first foray into the serious running market in years, it is a decent offering.

There are lots of positives and I honestly enjoyed running in these shoes for almost every run I did. However, this is not a perfect shoe by any means.

The carbon plate it not nearly as noticeable as the nylon plate in the Endorphin Speeds. I only really felt the snap of the plate if I was truly digging in and pushing the pace.

Sure, it was there, but I don’t really feel like it added to this shoe. The roll design of the toe-box and the nitro cushion would be enough to feel the push forward.

In fact, I think Puma made a better product with their next tier down (Velocity Nitro).

The heel of the upper is a problem. I believe I didn’t feel the slippage because of my wider heel and use of the heel-lockdown lacing.

However, this is an issue I’ve heard from multiple runners and seen on many other reviews. And just how much debris enters the shoe has been very annoying.

In the end, this shoe is enjoyable. I think it truly shined when going for double-digit runs. There’s lots of cushion and plenty of push-back from the nitro material for the LSD days.

However, I don’t think this shoe will stay in my rotation as I get more review offerings for anything other than the LSD days. It serves its purpose, its a good first offering.

But Puma needs to make some changes before it rivals something like the Endorphin Speeds. In fact, if you’ve got $160 to spend on a plated trainer, go get the Speeds.

We purchased a pair of Puma Deviate Nitro from runningwarehouse using our own money. This did not influence the outcome of this review, written after running more than 50 miles in them.