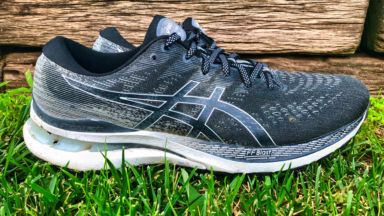 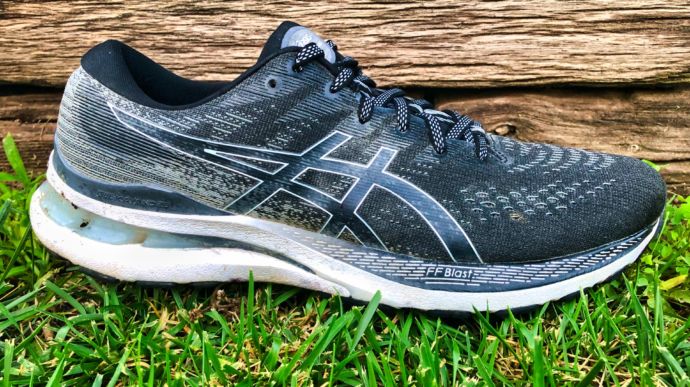 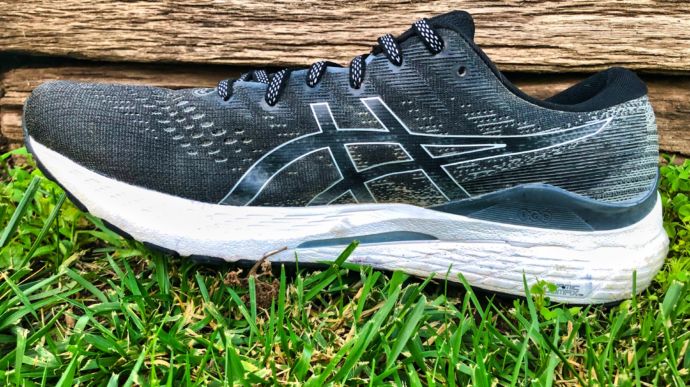 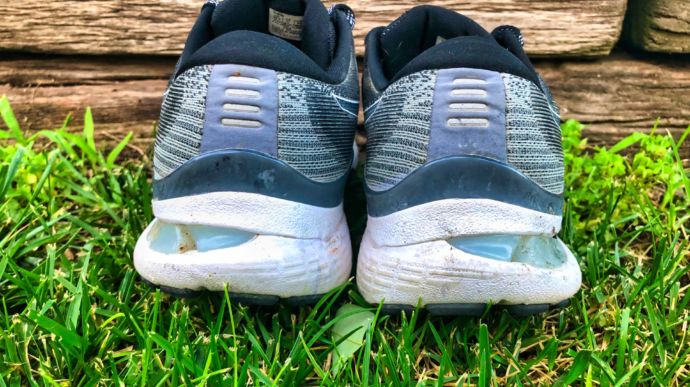 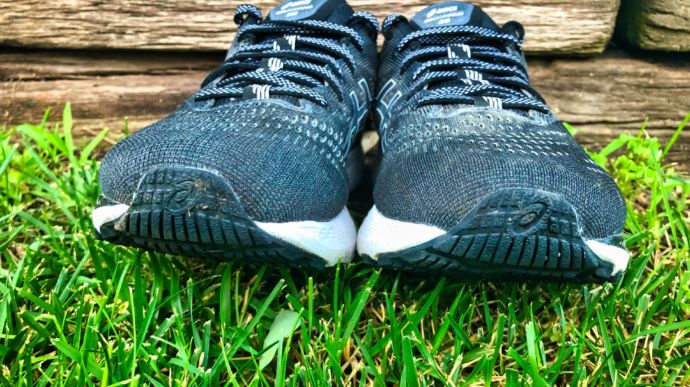 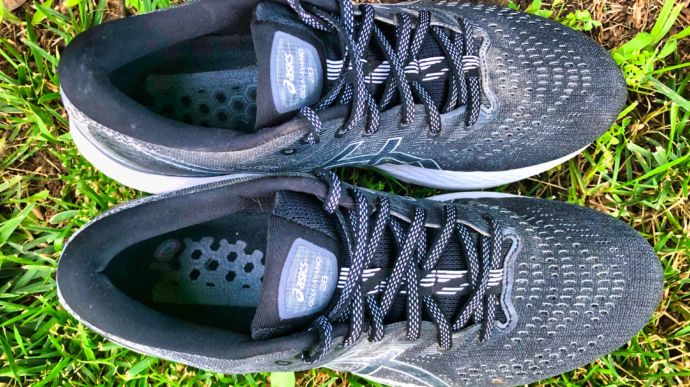 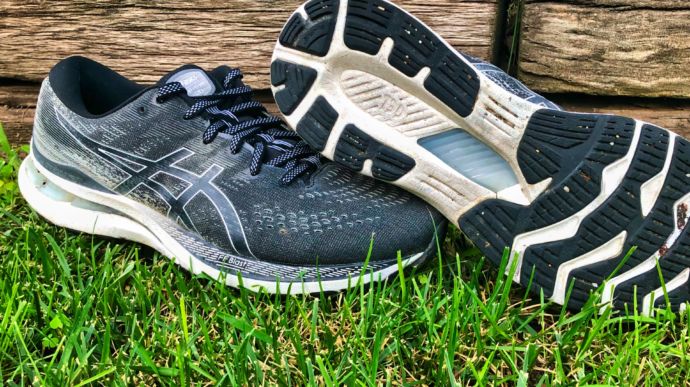 The ASICS Kayano 28 is a top-tier stability trainer built for all paces and distances. Significant changes made to the design have turned this trainer into one of the leaders of the stability pack.
WHERE TO BUY
LOWEST PRICE
$43
SHOE INFO
Asics
Brand
Gel Kayano 28
Model
Stability
Type
10.8 oz. (306 gr.)
Weight
160 US$
MSRP
10 mm
Heel Drop
Asics Gel Kayano
Family
Gel Kayano 27
Previous model
WHO IS IT FOR
I would recommend the Kayano 28 to a runner who would like a everyday trainer with reliable stability that’s built to last.
Help me choose

28 years is an eternity in terms of running shoes. Many shoes have come and gone in that time period along with technologies they introduced.

The ASICS Kayano is still very much alive and kicking with this year’s 28th edition. It is ASICS stability cornerstone trainer and it underwent some noticeable changes for the 28th version of the reliable trainer.

The Kayano is the top tier stability offering from ASICS. It is the first to receive the latest and greatest technology ASICS offers.

Last year it was given the Lite treatment, like many of their neutral shoes. It was a lighter and more eco-friendly version of the Kayano that provided an enjoyable ride.

There are two other tiers of stability ASICS offers, the GT-1000 and GT-2000. THe GT-1000 is the budget friendly option with simplified technology found in the other tiers.

The GT-2000 is the mid tier option which shares some of the same technology as the Kayano.

The ASICS Kayano retails for 160 dollars which places them in the middle of the max stability field. They Compete with the Saucony Hurricane, Mizuno Wave Horizon, and Brooks Glycerin GTS.

Many of these trainers provide the same amount of cushioning and stability.

The upper of the ASICS Kayano 28 was similar to the 27, the changes were so small I failed to notice any differences. This isn’t bad because the upper of the 27 was a strength of the shoe for multiple reasons.

There are two layers of mesh of different colors, black and gray. This achieves the same speckled look as the 27. The laces also had a similar look to them with black with white dots throughout.

This design continues to give the Kayano more of an everyday wear look. ASICS also offers 7 different colorways.

I was pleasantly surprised when I slipped the Kayano 28 on for the first time. The usual balanced cushioning was found but it had an extra bounce to it.

I couldn’t immediately discern if it was the new cushioning or a new insole but it was a welcomed bounce. The heel portion was still responsive while the forefoot was springy.

Like the previous editions the Kayano 28 is a tailored fit from heel to toe. A snugness was felt in the midfoot but was not overbearing.

Their maiden voyage was a 7 and a half mile run. It provided a comfortable, balanced ride from start to finish.

There have been a few major changes made to the midsole for the Kayano 28. Let’s start from the ground up.
AHAR (ASICS High Abrasion Rubber) covers the outsole of the Kayano 28.

It is a highly durable built to handle the many conditions you could run in. There was minimal wear on the outsole after a hundred miles in.

The midsole is a GEL sandwich. The base layer is made up of Flytefoam cushioning. This is ASICS standard cushioning for the Kayano for the last 4 editions.

It aids the stability of the shoe by being a solid base for impact and toe offs.

The same amount of GEL cushioning makes up the middle layer. They use the same amount in both the rearfoot and forefoot. The GEL Cushioning increases the shock absorption of the Kayano 28.

It lessens the impact felt by your feet and legs. This also helps shorten recovery time between runs.

The top layer of the midsole is Flytefoam Blast, a brand new foam for the Kayano (this is the same foam they use for the Novablast). It runs the length of the shoe, with a generous amount in the forefoot.

The Flytefoam Blast gives the Kayano an extra layer of comfort while also making the ride bouncier.

The stability is provided by ASICS Dynamic DuoMax support system. This is a duo density foam, similar to a medial post midsole system. It runs from the beginning of the external heel counter down to the front of the arch.

It is ASICS’ proven system for their stability offerings and for good reason. It held my feet in place and prevented my ankle from rolling in.

It seems like the foam they used for the 28 is slightly softer than the previous editions, but it doesn’t affect the performance of the system.

A noticeable change to the midsole was made to the Trusstic System. The Trusstic System was a hard plastic plate on the base of the outsole where your arch is. They have replaced it with the Space Trusstic.

It is lighter in weight and instead of sitting at the base of the trainer it sits in the middle of the midsole. It is gender specific so it is tuned to Men’s and Women’s specific biomechanical needs.

This was a stark improvement to the shoe. It cut down on the weight while also being effective in providing stability and structure to the Kayano. It also increases the flexibility and ground contact.

The upper is similar to the upper of the 27 with one noticeable change. The engineered mesh is carried over from the 27. It is structured while also being flexible.

It lightly hugs your feet adapted to them as you run. It is breathable allowing my feet to remain cool in the summer months.

Like the rest of the shoe, the upper is built with durable materials ready to put on the miles. The tailored fit which started in the 26s continues in the 28s.

There was some snugness felt in the heel and arch portions. It wasn’t overbearing but took some getting used to.

The noticeable change was made to the External Heel Clutch. It is made with an X-shaped structure and lined with memory foam.

Due to this new construction it weighs less than the previous version along with providing more comfort. These changes improved the performance of the External Heel Clutch.

The clutch continues to be a strength of the upper by securely holding your foot in place, working in tandem with the midsole components to provide a stable ride every run.

They fit true to size and provide a snug fit from heel to toe. This wasn’t an issue for me but it may be for some runners. The upper is seamless which prevents any areas of irritation.

How do you keep a trainer relevant that has been around longer than most if not all of its competitors ? The ASICS team must face this question every year with the Kayano.

With the 28th edition the answer was to simplify key aspects of the shoe. This was a stark change compared to differences between the 26th and 27th editions, where minimal changes occurred.

Last year in my review of the 27s I said “The Kayano 27 is a trainer with two distinct personalities between the heel and the forefoot.”

Because of the changes they have made to the midsole this isn’t the case. They slimmed down the trusstic system and moved it into the foam of the midsole.

It maintained the structure of the shoe while improving the ride in terms of flexibility and comfort.

The other major change made to the midsole was the addition of the Flytefoam Blast.

The Blast replaced the Flytefoam Propel, which I loved, and improved the ride of the shoe. It was a bouncier ride overall, that performed well at different paces.

These two changes along with the established Dynamic DuoMax system and Impact Guidance System (IGS) gives you a stable and consistent ride every time.

All the aspects work together to provide the most consistently stable rides I have experienced in a Kayano.

The simplifying theme continues in the upper in terms of the External Heel Clutch. They have slimmed it down and moved it internally. Like the changes to the midsole, this doesn’t come at the cost of performance.

It still locks your heel in providing added stability to an already stable ride. It also doesn’t hurt that it lowers the weight of the shoes as well.

The upper is another strength of the trainer because of its adaptability, flexibility, and durability.

They made some significant changes to key aspects of the Kayano 28 and they all add to the performance. It shows that ASICS is still willing to take risks with a cornerstone of their lineup and have them work out.

This is my fourth edition of Kayanos I have run in and I can honestly say they have improved each year from the 25th edition. The 28 replaces the 27 as my favorite edition I’ve run in.

The stable and consistent ride brought me back even after my review miles were logged.

If you are looking for a premier stability trainer that is built for daily use no matter the type of run, I would recommend the ASICS Kayano 28. It will be worth it.

We purchased a pair of Asics Gel Kayano 28 from runningwarehouse using our own money. This did not influence the outcome of this review, written after running more than 50 miles in them.

Visit ShopRunningWarehouse.Com
This page contains affiliate links. As an Amazon Associate I earn from qualifying purchases.
WHERE TO BUY
LOWEST PRICE
$43
AVAILABLE ON SALE:Previous model $69