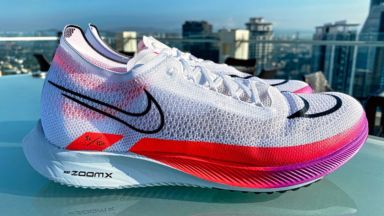 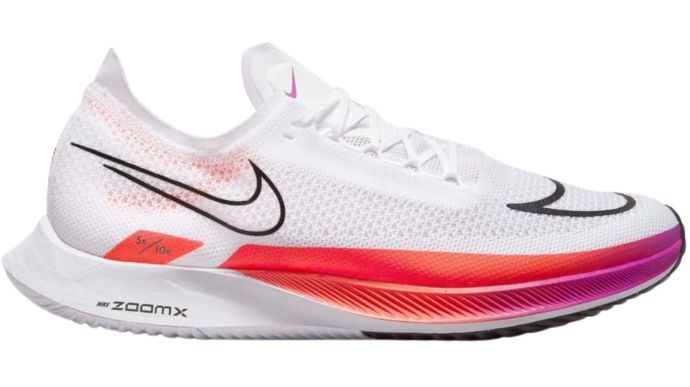 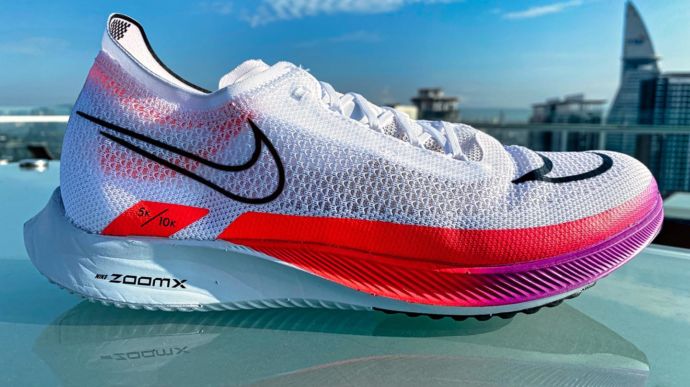 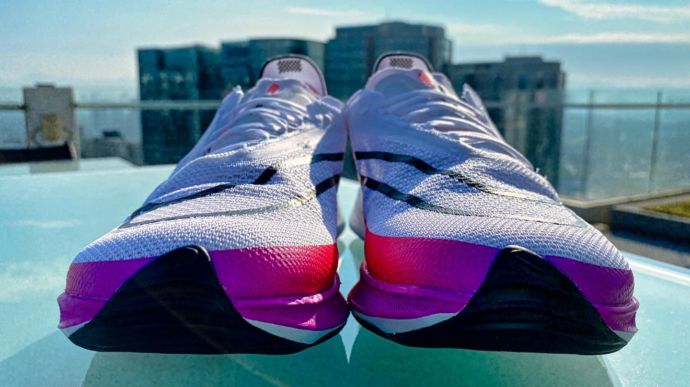 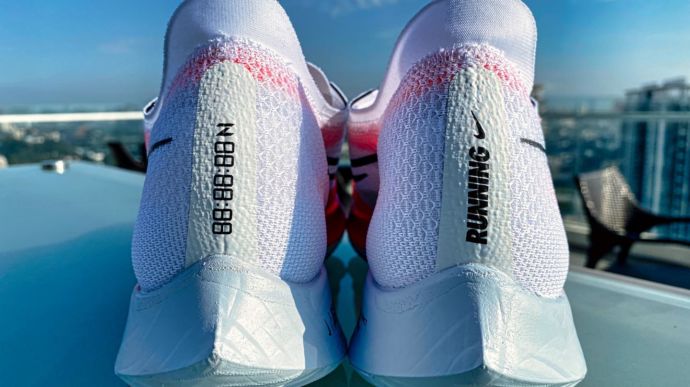 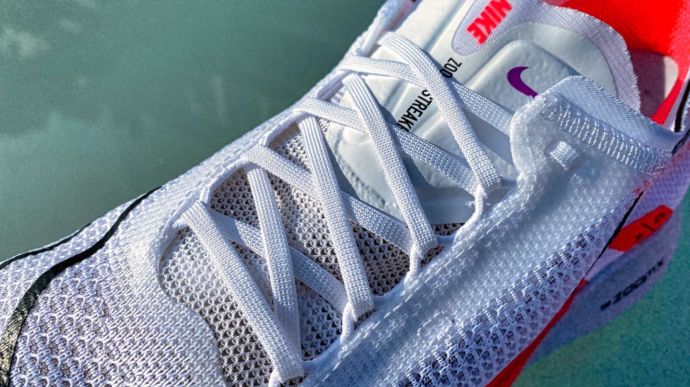 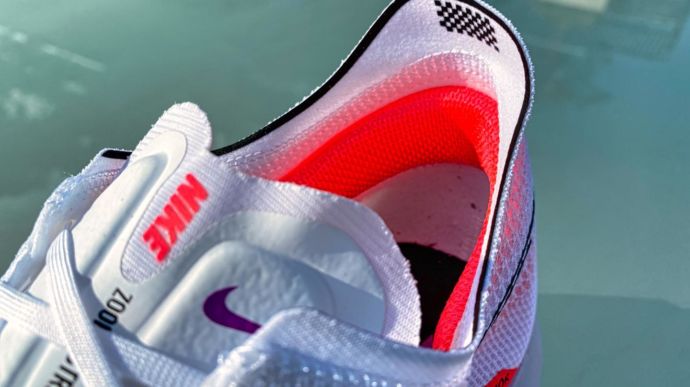 The Nike ZoomX Streakfly is a super soft, flexible racing shoe with a natural ride. It feels more like a trainer than a racer due to its relaxed transitions. This new version of the Streakfly is an evolution of the Zoom Streak series. It’s been updated with a modern, racing upper and a super foam midsole which gives it a much softer ride.
WHERE TO BUY
LOWEST PRICE
$95
SHOE INFO
Nike
Brand
ZoomX Streakfly
Model
Racing
Type
6.00 oz. (170 gr.)
Weight
159.95 US$
MSRP
32 mm
Heel
26 mm
Toe
6 mm
Heel Drop
WHO IS IT FOR
If you’re looking for a super lightweight, soft short-distance racing shoe, the Streakfly is an option for you. It lacks the speed of a super shoe but it makes up for it in stability and affordability.
Help me choose

When Nike launches a new racing shoe, it sells out. Rumours of the ZoomX Streakfly have been circling since early last year and back in February 2022 when it launched in some parts of the world, it sold out instantaneously.

Such was the marketing hype surrounding the Streakfly. Unfortunately I wasn’t able to purchase a pair in the first round of release so I had to wait 2 months until its wider release in April. There are now enough pairs to go around, at least here in Malaysia.

Adidas was first to the market with their 5K/10K racer, the Takumi Sen 8. Later in the year, New Balance will launch their Super Comp Pacer and there are rumours of the Saucony Sinister but right now, it’s Nike’s turn to wow us with their short-distance racer.

The ZoomX Streakfly is an evolution of the Zoom Streak series which was Eliud Kipchoge’s weapon of choice before he switched to super shoes.

The Zoom Streak 6 prototype was that infamous shoe that rose to fame because when Eluid used them in the Berlin Marathon, their insoles came loose and were flapping around his ankles. He still managed to run a 2:04 in that race.

The Streakfly is a completely different beast from the Zoom Streak. It now has a super foam midsole, a thin, knit upper, and a design which resembles the bestseller, the Vaporfly Next% 2.

When first images of the Streakfly emerged, I was hopeful that it would have a full-length, stiff carbon plate in its midsole but I was disappointed to find out later that it’s only a Pebax shank in the midsole, similar to the plastic shanks found in the Zoom Streak series.

A full-length carbon plate would have made it a super shoe but it would also have made it much more expensive. I knew from the get-go that the Streakfly wouldn’t be similar in the ride to the Vaporfly at all.

My first run was a 10 km steady-paced run. The adjectives that stood out the most during the first run in the Streakfly were smooth, minimal, and soft. It also felt very flexible and natural.

The shoe that the Streakfly reminded me most of on the first run was the Nike Pegasus Turbo 2. Both shoes are low-profile ZoomX shoes but the difference is that the Peg Turbo 2 had a layer of React foam in its midsole instead of being full ZoomX so the Peg Turbo 2’s cushioning felt more substantial underfoot but not as bouncy.

The Streakfly has an overall soft ride character. The super-soft ZoomX midsole of the Streakfly has a very high rate of compression so you get a high level of ground feel (unlike in the Vaporly and Alphafly) because there isn’t any carbon plate in its midsole. I craved for a little more stack height even though it’s only a 5K/10K shoe because the ZoomX compresses so much when loaded.

The Streakfly has a stiff Pebax shank in its midfoot which provides some midfoot rigidity and stability. The shank doesn’t extend into the forefoot like the Ultraboost 22’s LEP System or the Takumi Sen 8’s EnergyRods so the Streakfly remains very flexible in the forefoot.

When doing strides and short distance sprints in the Streakfly, I was missing the powerful toe-off that I get in stiff, carbon super shoes. There’s nothing to launch you forward in the Streakfly, no springboard effect. This makes it hard to recommend the Streakfly for racing because there are so many better options that would give you a bigger advantage.

The Streakfly is a lot more stable than the Takumi Sen 8 and carbon racers like the Vaporfly/Adios Pro due to its wider midfoot but it’s still very unsupportive and unstructured so anything longer than 10 km becomes uncomfortable.

On the outsole, the entire forefoot is covered in thick, but soft ribbed rubber with two vertical strips on the rearfoot protecting the outer heel. There’s a lot of soft, exposed midsole foam on the midfoot which is also ribbed so I didn’t have any problems with grip.

Durability is the Streakfly’s biggest weakness. After just the first run, which was 10 km, I noticed a lot of scuffing on the lateral side of the rearfoot not covered with rubber. The problem with ZoomX is that it’s extremely brittle so it needs to be protected with rubber.

The Streakfly is designed for racing so there isn’t full outsole rubber coverage. It would have been a great training shoe if it had more outsole rubber, similar to the Pegasus Turbo 2.

The Streafly’s upper feels very roomy and accommodating for a racing shoe, especially in the midfoot and toe box so I think it is suitable for wide-footed runners.

The length is true to size but I had to wear my thickest socks in order to fill the space in the shoe and get a good lockdown. Even with thick socks, I noticed a lot of material bunching on the top of the toe box so it’s not your typical, dialed-in racing fit.

The upper is hyper-thin and marketed by Nike as a knit material but it feels more similar to an engineered mesh. It’s so porous that I could see my socks through the material but I couldn’t feel any breeze on my feet because I had to wear thick socks with it.

There is no padding in the collar or the heel tab to save weight and the heel tab is long and thin so it folds over while you’re running but I think Nike designed it to fold over. Heel lockdown is great because there are double last row eyelets so you can use a runner’s knot.

The tongue of the Streafly is attached to an inner sleeve so there’s no tongue movement and the lacing area is offset like the Vaporfly’s lacing to relieve pressure on the top of the foot. I don’t mind this offset lacing setup but I also don’t think it’s necessary.

The Streakfly is a really fun shoe because of its featherlight weight and its super soft ride. Its downside however is its fragile build so it can’t be used for regular training.

The ZoomX Streakfly is a vastly different shoe to its predecessor, the Zoom Streak 7. It’s much softer, lighter and more flexible. It’s also much more expensive but it has a modern, engaging ride. In my opinion, it’s an upgrade but it doesn’t live up to the marketing hype.

It’s also not great for training because of its fragile build- it’s even less durable than the Vaporfly/Alphafly and I will be very surprised if you can get 400 km out of it.

Compared to the Takumi Sen 8, the Streakfly has a better fit for my foot shape; it didn’t give me blisters like the Takumi did. It’s also softer and more relaxed than the Takumi so it doesn’t feel as fast. It’s less durable but it does cost less as well. If I had to pick one, I’d pick the Streakfly.

As editorial policy, we do not accept free samples from companies.
We purchased this pair of Nike ZoomX Streakfly at Running Warehouse with our own money.

Visit ShopRunningWarehouse.Com
Sorry - Product not found. Please try RunningWarehouse.Com to check in their assortment.
This page contains affiliate links. As an Amazon Associate I earn from qualifying purchases.
WHERE TO BUY
LOWEST PRICE
$95