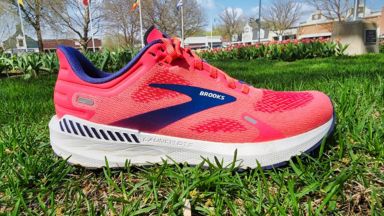 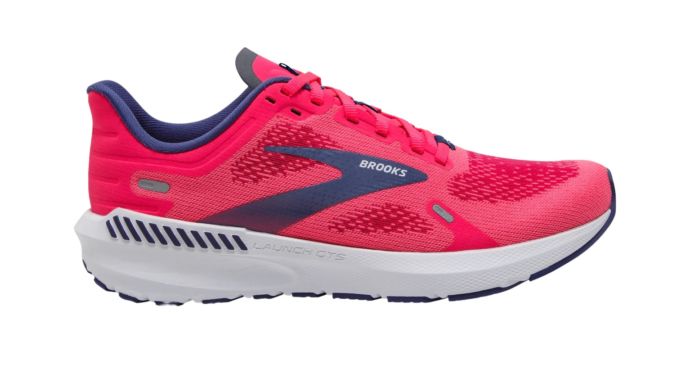 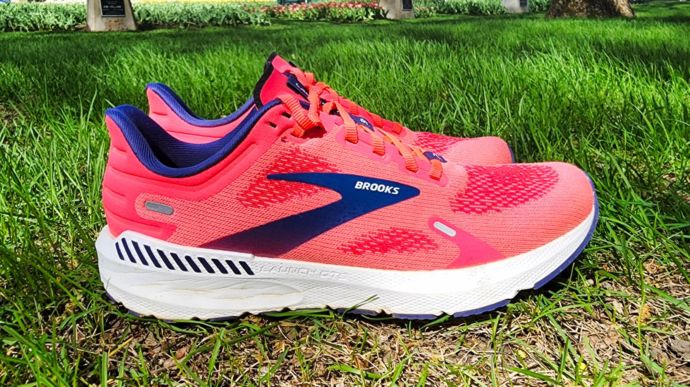 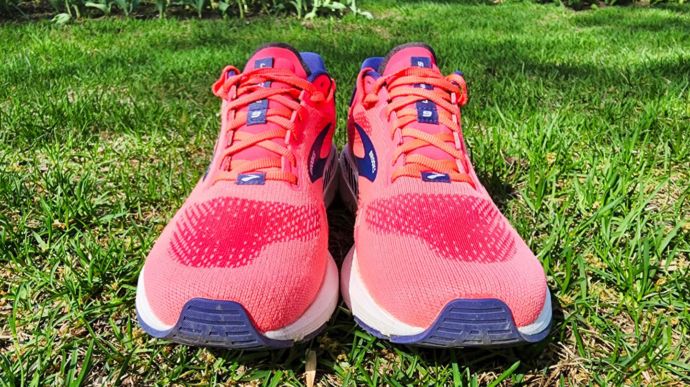 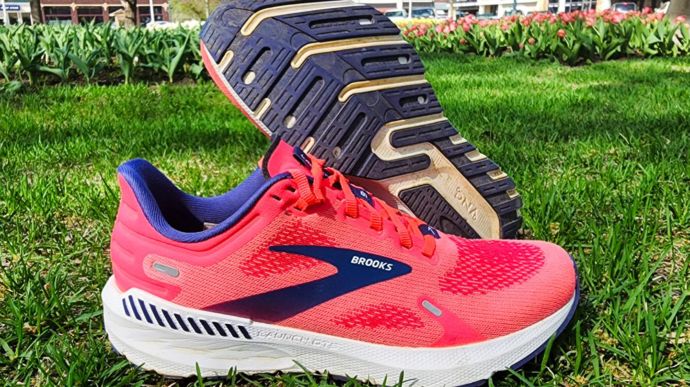 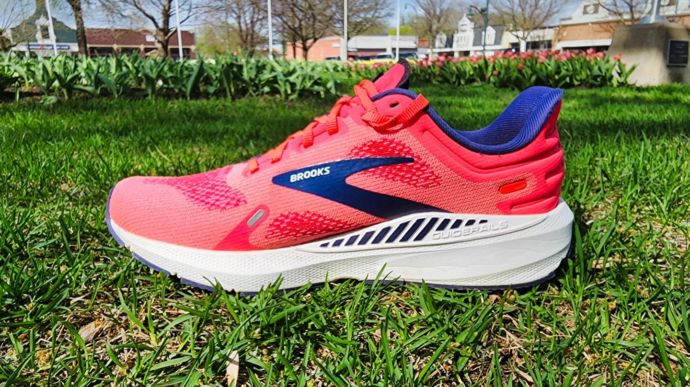 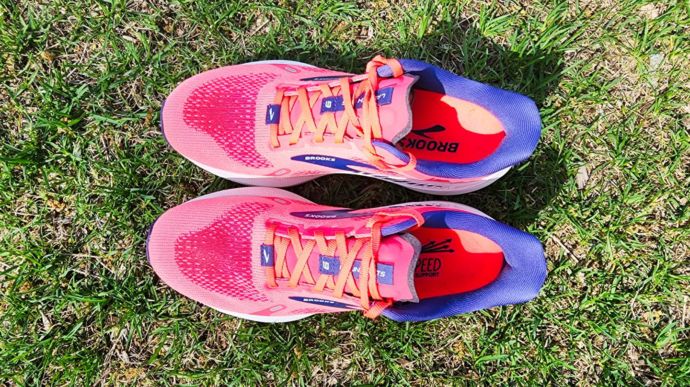 The Brooks Launch GTS 9 is a durable, lightweight, supportive shoe with a fast feel. It combines remarkable cushion, stability, and durability for the price.
WHERE TO BUY
LOWEST PRICE
$93
SHOE INFO
Brooks
Brand
Launch GTS 9
Model
Stability
Type
8.60 oz. (244 gr.)
Weight
110.00 US$
MSRP
36 mm
Heel
26 mm
Toe
10 mm
Heel Drop
Launch GTS 8
Previous model
WHO IS IT FOR
Wear this shoe if you seek light stability in a lightweight shoe. This shoe shines in speedwork yet without the stiffness of a plate and has enough cushion for comfortable medium-length long runs.
Help me choose

Last year Brooks consolidated their neutral and stability line-ups, changing not only the names but also the fit of their stability shoes while retaining their stability feature of GuideRails. The light-stability model went from Ravenna 11 to Launch GTS 8, taking the name “Launch” from Brooks’ neutral shoe and adding “GTS,” now meaning “Go To Support” rather than the past acronym of “Go To Shoe.”

Speed is the focus of Launch, with those needing more stability directed to try Launch GTS. GuideRails on Launch GTS act as training wheels on a bike (yet without the awkward look!) which gently guide the foot from excess pronation back into helpful alignment with the knee to avoid injury.

The light and fast Launch GTS finds its contrast in Glycerin GTS, Brooks’ plush stability model, with Adrenaline GTS falling halfway in between as the best of both worlds: fast and supportive yet with softer LOFT cushion than Launch.

Levitate GTS is a similarly fast shoe with an even more springy DNA AMP midsole than Launch, and the Beast/Arial (men’s/women’s) is the brand’s max support shoe.

Launch GTS 9 offers sufficient support, increased responsive cushion, and medium-high quality for the attractive list price of $110 USD, up $10 from the 8 but consistent with previous Ravennas.

In underfoot experience, the smooth ride and quick toe-off are similar to Lululemon’s new women’s shoe Blissfeel. In short, the Launch GTS 9 is more speed-oriented than Blissfeel. I will offer a more specific comparison between Launch GTS 9 and Blissfeel in the Blissfeel review—coming soon!

The Launch GTS 9 surprised me. Opening the box I was intrigued by the light feel; visibly it was a different shoe from the Ravenna 11, which I ran in in 2020, particularly regarding the very thin tongue. This thin tongue is a change from the Launch GTS 8 as well.

Launch GTS 9 weighs only 8 oz. in women’s size 9.5 which matches the weight of the ASICS Gel DS Trainer 26 and Magic Speed as well as the adidas Adizero Pro, all fast shoes I’ve appreciated in the past two years.

This is the first shoe from Brooks where I have been comfortable not sizing up for forefoot width. I started out with the bigger size even though I do not prefer extra length. Launch GTS turns out to be slightly longer than past Brooks shoes.

I suspected it may be slightly wider in the forefoot as well. After a few runs the fit loosened, and I sent it back for half-size down (my preferred size).

Launch GTS 9 is a better shoe than Ravenna 11 (I didn’t run in GTS 8). Ravenna has a far better name, though, and first caught my attention with the 8. Coming from history with ASICS Kayano, the Ravenna 8’s light stability and smooth transition were very appealing.

These features continue in Launch GTS after the later versions of Ravenna were not as quick off the toes.

I’ve always had upper-fit issues with Brooks, from a too-high toe box in Ravenna 8 to a too-narrow forefoot in many Ravenna, Adrenaline, and Transcend models since.

I am used to having to go a half size up for the width, but Launch GTS 9 fits both slightly longer (making that extra length more noticeable) and slightly wider at the ball. The fit especially relaxes after a few runs in the shoe.

I sent my 10 back for my preferred 9.5, and I am very pleased to find a Brooks that fits my foot better in my preferred size than in the past.

Both sizes immediately proved their smooth transition, which was something lacking in the ASICS GT-2000 10 I ran in prior.

Like the GTS 8—only with an added 2 mm. of padding—the GTS 9 has a midsole made of Brooks’ eco-friendly BioMoGo DNA foam, a firm and springy foam that also breaks down 50x faster than EVA to contribute less waste (don’t worry, we’re talking after years in a landfill, not during the life of the shoe).

Adding to the environmental benefit is the Green Rubber silica used in the outsole rather than a petroleum base.

The grip and midsole wear is about average.

GuideRails were introduced to Brooks stability in the 2013 Transcend and were notably improved in 2019 (prior GuideRails cut uncomfortably at times).

GuideRails exist to allow each runner’s unique stride while guiding the foot into better alignment with knees to minimize torque on knees and hips.

One GuideRail is on the lateral heel, and the other runs along the medial side mid-heel through the arch. The Rails are basically midsole foam that extends up to border the sides of the upper, there to counter excess motion if you need it but easily ignored if you do not.

This sole really shines in speedwork, and performed better than expected over distance. My longest run in this shoe was 5 miles one evening at dusk followed by 9 more at dawn the next morning. It felt like a long run where I settled into a pleasant gait with sufficient cushion and spring-back. I had no complaints with how this shoe performed during speed intervals or steady-pace distance.

At the time of testing, I am also running in the Lululemon Blissfeel which has a more substantial width under the heel. Runners who prefer more of a base for longer runs will want to look to Blissfeel (woman-only shoe) or the ASICS GT-2000 10, in addition to Brooks’ more substantial support shoes Glycerin GTS and Beast/Ariel (men’s/women’s).

The sole unit is truly the highlight of this shoe for me. With approximately 100 miles on the shoe I feel very little dip at the ball of the foot below the sock liner which means that it is holding up well to be a long-lasting shoe—a typical benefit from Brooks.

Brooks trimmed down the already-thin upper in Ravenna to drop more weight from the shoe. The thin mesh is stiff enough to hold my foot securely and cut wide enough (medium, not narrow as in the past Ravennas) to avoid pinching my foot and forcing up half a size.

The thin material allowed some space in the shoe midfoot, however. The simple design lacks support strips that add security (as well as weight) to a shoe.

The stiff mesh extends back into a slightly more substantial heel counter, but this is not a notable heel counter.

The very thin tongue includes two light pads running in vertical strips up the tongue with no padding in between. This tongue reminds me of the adidas Adizero Pro’s except that adidas did it well. As I attempt to dial-in the midfoot fit of Launch GTS, I get hot spots from the laces.

At the top of the laces we find helpful lacing options with two sets of two parallel holes on each side. This allows you the option to finish your lacing lower or higher on your ankle, wider or closer together, or, as I did, using the two holes to make a loop for heel-lock lacing.

Two small reflective patches on the lateral heel and ball offer low-light reflection as well as another small rectangle at the matching medial ball of the foot.

The highlight of the Launch GTS 9 is its smooth transition midfoot into toe-off. Its down point is the thin tongue that doesn’t offer enough protection from laces—if you like to snug the midfoot.

All in all, this shoe gives you great bang for your buck when it comes to its reasonable price, quality materials, ride, and function over various types of runs. I miss the name “Ravenna” but am excited to move forward with the rest of the updates to this line.

As editorial policy, we do not accept free samples from companies.
We purchased this pair of Brooks Launch GTS 9 at Running Warehouse with our own money.

Visit ShopRunningWarehouse.Com
This page contains affiliate links. As an Amazon Associate I earn from qualifying purchases.
WHERE TO BUY
LOWEST PRICE
$93
AVAILABLE ON SALE:Previous model $67