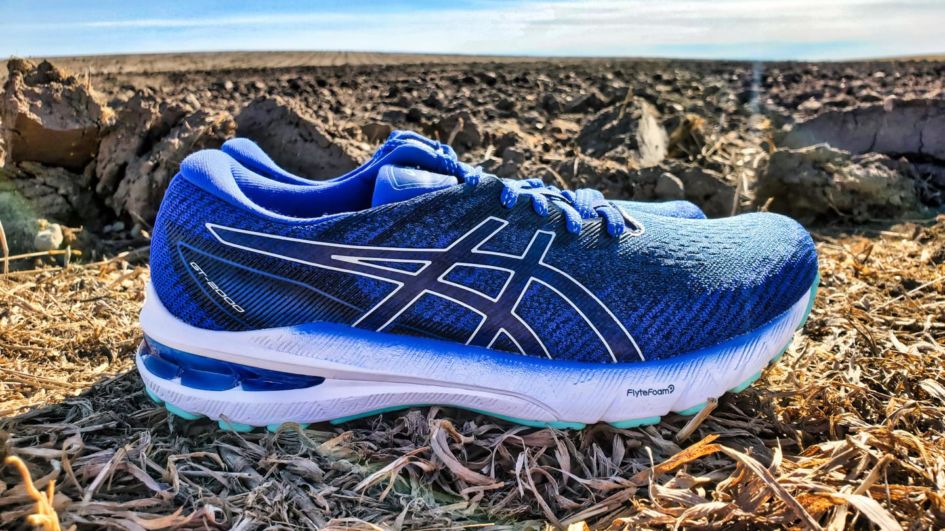 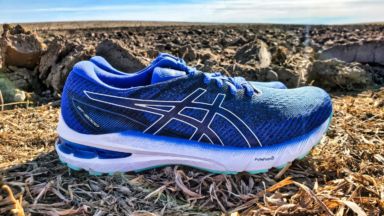 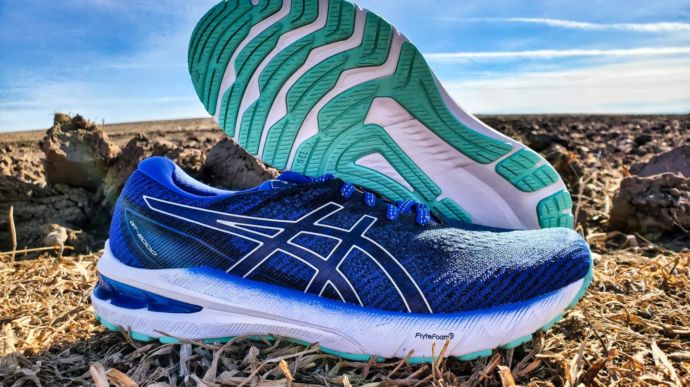 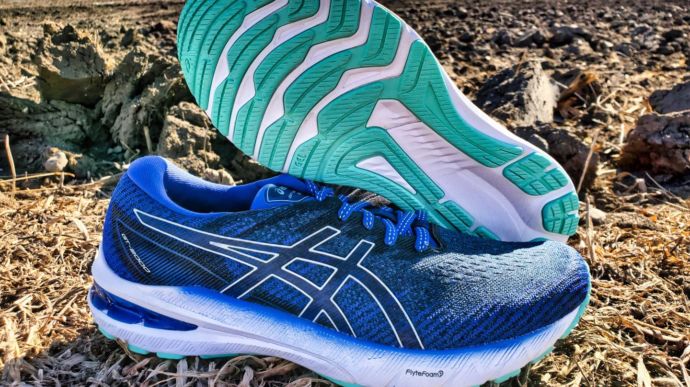 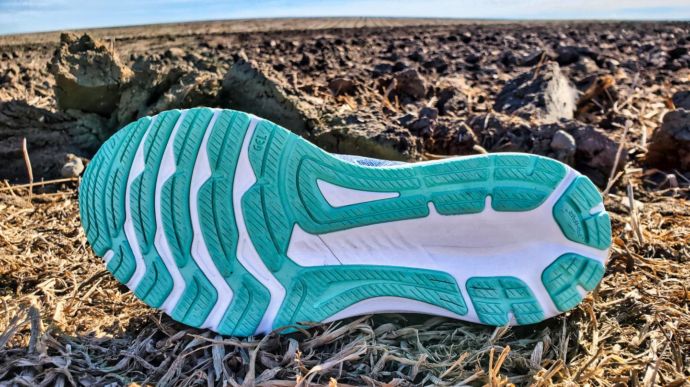 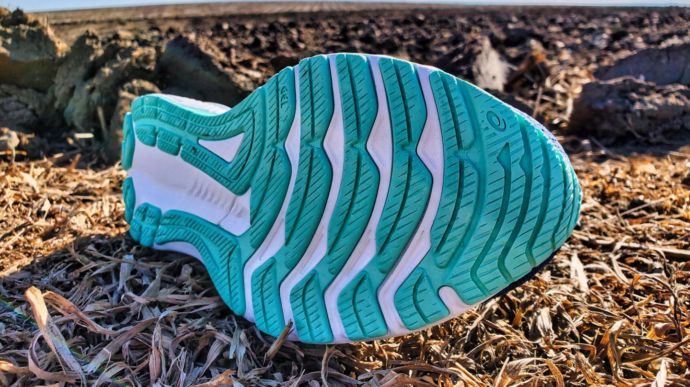 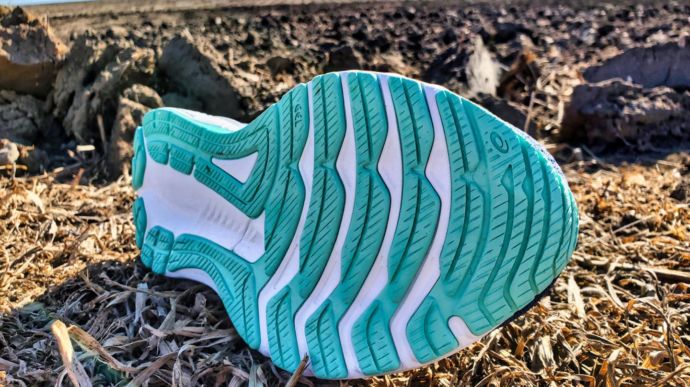 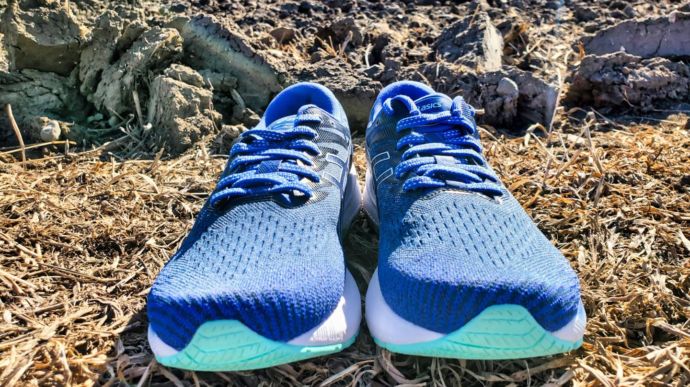 The ASICS GT-2000 10 continues as a basic, reliable, light-stability shoe, updated with the times yet without boasting the latest and greatest tech or feel. It takes a little getting used to, but this model offers good support and cushion with a comfortable, supportive upper—all of which maintain what GT-2000 wearers have come to expect from this line.
WHERE TO BUY
LOWEST PRICE
$118
SHOE INFO
Asics
Brand
GT 2000 10
Model
Stability
Type
9.80 oz. (278 gr.)
Weight
130.00 US$
MSRP
32 mm
Heel
24 mm
Toe
8 mm
Heel Drop
Asics GT 2000
Family
GT 2000 9
Previous model
WHO IS IT FOR
Runners with low/medium-high arches seeking neutral to moderate support may enjoy the GT-2000 10 as an all-around shoe that works for speedwork, daily runs, and long runs. The ideal runner for this shoe wants solid quality in all-the-things (sans plated tech) without the high-end price tag.
Help me choose

Kayano is the flagship shoe getting the best tech and upgrades; GT-4000 replaces the GT-3000 as an option for heavy overpronators, maintaining traditional ASICS tech; and the 1000 is their budget-friendly option.

This much-loved line started with a different naming system and is now in its 26th year. Though I ran in Kayano in the late 90’s/early 2000’s, my first go in the GT-2000 was the 2000 4 Lite Show . I really liked it and wish top-end marketing for Kayano hadn’t blinded me from trying this line earlier!

Over the years the 2000 has gotten lighter and more streamlined, but I really believe has maintained its quality function—even in this latest go-round with a sole that no longer carries what used to be standard for ASICS stability.

The upper has also changed from mesh to knit and uses fewer layers to hold the foot in place.

I’ve long appreciated the ASICS upper fit, and the GT-2000 10 fit is not what I remember from the 2000-7 and prior (except the 6 which was more narrow yet still cut similarly). Slipping on the 10 I immediately noticed the more snug forefoot and space behind the base of my heel.

Since the knit material also had a touch more give than the old style, it finally stretched to comfortably cradle the ball of my foot by about 50 miles in. (See Upper section for more.)

The outsoles of the 7 and the 10 align pretty well, but the 10 is slightly more pointed and longer, about ¼-size longer than the shoe has been traditionally.

The 1000, as with the Kayano and 4000, maintains the older DuoMax® dual-density midsole as well as the Trussic system® for midfoot support. This midsole on the 1000 is firmer than is the LiteTruss on the 2000. The 1000 has more gel under the heel and more outsole rubber curved up for support under the midfoot and runs a list price $30 lower than the 2000.

Bottom Line, if you want more of a traditional ASICS shoe and a lower price try the 1000. If you lean light-stability-to-neutral and want an updated design stick with the 2000.

Taking it out of the box I was first surprised by how light it felt! The dark color and traditional logo print made it look heavier than the new knit upper and FLYTEFOAM® base proved to be.

First run: 6 miles on sidewalks and streets. For all of its comfort the first run felt fast but the midsole, flat.

Second run: 4 treadmill. The shoe felt comfortable and more lively, with a smooth roll off the toes. The jury was still out.

The 1000 showed me more of its depth and value as the runs went on.

Third run: 15 miles treadmill. This run sort of happened by accident—or whatever you call planning to run 6-8 but talking yourself into “just two more miles” until “just one more mile, and it’ll be 15.”

This January I started a new thing: reading a book while (treadmill) running. It was a smooth transition, an upgrade one could say, from reading my phone to a book that I can hold in one hand, and with practice it’s getting easier!

The shoes over the long run actually surprised me by how comfortable the midsole was. My feet did not hurt at all mid run or in the hours after. This was a positive surprise and not what I was expecting! Thankfully FLYTEFOAM® Propel (as with FLYTEFOAM® Blast) has a better feel than the original FLYTEFOAM® as the first version did not impress.

Fourth run: 4 mile recovery run. On this run I was surprised to notice resistance to medial roll (overpronation).

Some big changes come with the 10th edition of GT-2000. For the first time in a decade, wearers do not find the GTS Guidance Trusstic System in the center of the sole unit or the reliable Duomax midsole.

Additionally, the last solid Guidance Line cutting through the sole unit was found three versions ago; the 8 and 9 show a nod to the technology with a dip where the line used to be.

In the 10 we still find AHAR+ carbon rubber in the heel outsole and AHAR in strategic patches under the rest of the shoe. Instead of a line or dip running along the lateral side there is now only a separation between patches of AHAR. Running side by side in the 7 and 10 I notice top-end grip in both shoes. The change in outsole is not noticeable.

In the midsole FLYTEFOAM® Propel replaces standard FLYTEFOAM®, providing better cushion. After over 80 miles in the shoe I do not yet notice a dip under the ball of my foot when I remove the liner and feel the base. A significant dip is a sign that the shoe is “worn out,” so this speaks well to the life of this shoe.

The midfoot maintains a semi-stiff feel despite the change in tech. LITETRUSS™ functions much like the DuoMax® has in past models, with this stiffer foam guarding against medial compression and countering excessive inward roll of the foot.

This stiff foam serves dual function in that it also replaces the Trussic system® to keep the midfoot from bending. It keeps the shoe mostly stiff regarding bending front-to-back, but it will bend a bit under much pressure (similar to the 7 with the traditional midfoot).

The biggest change comes in torsion resistance. When I twist the shoe there is more resistance from the older midfoot. This will especially come into play the heavier the runner and the higher pressure applied to the shoe with overpronation.

Essentially, this shoe has moved another inch closer to “neutral” in the low-stability range yet is still high-than-average stability for the average runner.

Rearfoot and Forefoot GEL® continues as part of the 2000’s approach to shock attenuation and cushioning.

Bottom line: This sole offers a similar ride to past models, exhibits less torsion resistance to overpronation, and provides similar durability and grip as in the past.

Revamped sole meet totally new upper. Well, the 10 is similar to the 9 in upper design, a change from the past cut; it is just knit now instead of mesh.

This upper has fewer layers which lightens-up the shoe, yet I experience similar hold from this latest design and the older fit in the 7.

The knit is breathable; I had no problem with hot feet when treadmill running.

The 10 conforms more to my foot than I believe the old mesh design would, and this is necessary (for my foot) given the snugged-up forefoot fit in the new model. The pressure relaxed just enough to keep me wearing the shoe post run by about 50 miles in.

Nevertheless, this knit is not too giving so as to make the hold less secure, like I found in the upper change from the Fresh Foam Vongo to the Vongo v2.

Despite the changes ASICS remains committed to a quality heel counter to resist motion at the heel. This is a big win! The heel counter is internal meaning that it rests between the knit of the upper and the soft material coating the inner heel of the shoe, and it is steady as ever.

The semi-plush comfort around the ankle also remains the same, with the biggest heel change (after the 8) being an added millimeter or two jutting back at the base of the heel. Tying laces with a loop on each side for heel-lock lacing helps eliminate most (not all) of that extra space behind my heel.

The tongue is a traditional cut and low-moderate plush, slightly trimmed from the tongue in the 7 but smooth to the touch and comfortable in its protection of the upper foot. Flat laces secure the shoe between symmetrical lace holes, weaving over and under a mid-laces strip.

An OrthoLite® X-30 sock liner is comfortable underfoot and has an “airy” look: little air pockets infuse the foam.

Given the massive changes to the GT-2000’s stability tech I was expecting a lower quality shoe. Thankfully this did not turn out to be the case! When running in one 7 and one 10 I noticed little difference in ride and support, with the noticeable change being space behind the base of my heel in this latest design.

I find this to be a quality durable shoe with moderate stability and upper-middle range across the spectrum of comfort, ride, and energy return.

We grow attached to our favorite designs and familiar language, and ASICS has upset the apple cart in that regard.

This shoe has changed drastically from the technologies I had come to expect from ASICS stability, but I encourage you to try it out. Let us know in the comments how you experience the 10 in comparison to previous models. Happy running!

As editorial policy, we do not accept free samples from companies.
We purchased this pair of ASICS GT 2000 10 at Running Warehouse with our own money.

Visit ShopRunningWarehouse.Com
This page contains affiliate links. As an Amazon Associate I earn from qualifying purchases.
WHERE TO BUY
LOWEST PRICE
$118
AVAILABLE ON SALE:Previous model $99