Skip to the bottom of this article if you want an overview of adidas' running shoe technologies and shoe families.

adidas introduced their Boost material in 2013 as a bouncy, responsive and durable compound to revolutionise running shoe cushioning.

The Ultra Boost line was the first one to feature the new technology and the shoes have quickly become an icon of street fashion. Here are the currently available models.

Check it on Amazon
The first shoe released sporting a full lenght Boost material. Runners appreciate the soft but responsive cushioning combined with the light weight of the shoe. The upper might be too unstructured for some runners. Read full review »

Check Latest Price
The Adidas Ultra Boost ST is a daily stability trainer with a very springy midsole and a comfortable cloth upper. It’s heavier than most trainers, but offers a comfortable and stable ride. Read full review »

Check it on Amazon
The Adidas Ultraboost X combines customized arch support in their experimental design, with plenty of their stellar Boost foam to create a "hugged by supportive clouds" feel, in this breakthrough women's-only model. Read full review »

These shoes are lightweight, very responsive and usually with a lower heel drop. They all currently feature Boost technology, although not for the full lenght of the sole unit.

Check it on Amazon
Built with the same concept of the previous versions of the Adizero Adios racing shoe, the Adizero Adios 5 introduces a new foam to the Adidas running lineup, while losing a step in the snappiness and magic that was the Adios. Read full review »

Check it on Amazon
The Boston 8 is a solid racing, up-tempo, or daily training shoe with a superb fit and faster smooth transition for those runners needing a little extra stability during races especially marathons. Read full review »

Check it on Amazon
While the Adidas Sub2 manages to be an amazingly well made, well cushioned, racing flat, it does little to innovate on the traditional racing flat construction or underfoot feel/ performance.

Adidas has managed to design a beautiful racing flat, but those runners expecting technological innovation that will allow them to run faster will be sorely disappointed. Read full review »

Check it on Amazon
The adidas adizero tempo 9 is a phenomenal shoe modeled after an original, proven racer from adidas yet with updates of the latest technology in sole cushion and stability.

It's a beefed up racer or a minimal stability trainer, however you want to view and use it (or both!) for speed and distance running. Read full review »

The Solar line was introduced in 2018 and quietly replaced the very popular Supernova collection.

The shoes in the Solar line are very similar to the ones in the Ultra Boost collection, but with uppers that focus more on performance rather than street-style looks.

Check it on Amazon
The Adidas Solar Boost is a highly cushioned daily trainer with a accommodating fit for most foot types. While this isn't a shoe for faster paced running, most runners will appreciate its plush ride and fit for recreational runners to high mileage hogs. Read full review »

Check Latest Price
The adidas Solar Glide is a daily trainer for the urban runner who splits time across the gym and long outdoor runs who doesn’t mind a few quirks for a stylish shoe. Read full review »

Check it on Amazon
The Adidas Solar Glide ST is a moderate stability trainer that uses a blend of traditional and nontraditional technologies to provide a stable, smooth, and bouncy ride.

While unique, it may be a little too out of runners’ comfort zones to be embraced by all. Read full review »

Check it on Amazon
The Adidas Solar Ride is a budget-friendly option to the Solar line up of trainers. The Solar Ride is a neutral shoe that replaces more premium materials in the sole unit such as Boost foam and Continental rubber, and replaces them with Bounce and Adiwear rubber. Read full review »

Check it on Amazon
The Solar Drive was a slight disappointment. The shoe looks great but misses the mark in terms of ride quality and comfort. Read full review »

Bounce is the name of the second tier midsole material from the German company.

Softer but less responsive than Boost, the AeroBounce shoes are a compromise between adidas engineering and product quality and a more affordable price.

Check it on Amazon
The Adidas Aerobounce 2 provides a solid amount of comfort and cushioning which makes for a good daily training shoe. The shoe is firm, yet stable, to keep you from overpronating. It offers enough cushioning that the shoe doesn't feel stiff.

Check it on Amazon
The Adidas Aerobounce ST2 is a stability shoe designed for those who overpronate. They are firmer than other Adidas shoes and are good for a variety of activities or just wearing around town. The shoe features an internal fit system that helps keep your feet in place as you run or walk.

Adidas first released its Boost technology in 2013 and its impact on running shoe technology was immediate. This TPU based technology made up of thousands of small foam pellets was first developed by a German chemical corporation. This technology led to a sea change in the way that running shoe companies conceptualized the capabilities of foam EVA, and directly led to the massive advances in EVA cushioning we see today.

Boost midsole cushioning is both soft and responsive, protective yet resilient, and highly durable. It works great in small amounts for firmer, faster feeling shoes, and the cushioning stays largely uncompressed throughout the life of the shoe.

In my own experience, I’ve been able to wear a single pair of Adizero Tempos for eight hundred miles and a Supernova Sequence for over one thousand miles due the properties of Boost foam. If you’re a regular runner and you haven’t tried out Boost cushioning I high recommend you do so. While the price may seem steeper than competing brands, the durability and resilience of this technology is worth every penny. 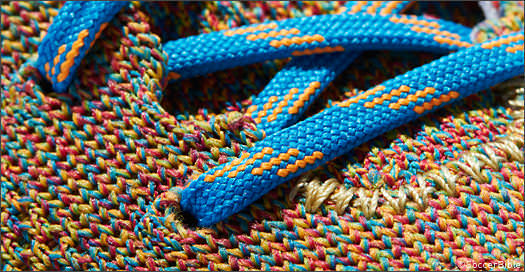 This is Adidas’ version of Nike’s Flyknit technology (sorry Adidas, Nike got there first) and there truly are very few differences in the fit, feel, and function of this upper technology.

Adidas’ promo materials state that “Primeknit is carefully engineered to naturally expand with your foot while you run to give you a more comfortable fit and help reduce irritation”.

While this technology is great in theory, there have been some issues with overall volume in the toe box of Adidas’ shoes using Primeknit, primarily the Ultra Boost. Think of Primeknit as a one piece upper of tightly knit synthetic material which flexes and comforms to the foot. The advantage here is that the fit feels customized to the wearers’ foot and it decreases the risk of blisters and hotspots.

Many runners find that Adidas’ excellent mesh used throughout their Adizero series shoes offer more than enough fit accommodations, breathability, and durability to justify the exorbitant prices of Primeknit shoes.

Since 1988 Adidas has employed their proprietary Torsion system on most of their performance running shoes.

The Torsion System involves “a thermoplastic arch support designed to allow the forefoot and rear of the foot to move independently and adapt to running surfaces without straining the foot through excess motion”.

All of the Adidas running shoes featured here have rubber outsoles designed in cooperation with Continental Tires and actually feature Continental rubber compounds.

Adidas claims that their outsole rubber increases traction by 15-30% over competing models in both wet and dry conditions. These Continental rubber outsoles do wear very slowly and their durability over the life of the shoe is remarkable. They also seem to handle conditions well on easy to moderate trails despite being designed for the roads.

Adizero is Adidas’ designation for shoes that are more minimally designed for faster paced running. Often times Adidas pairs the Boost midsole foam with a firmer adiPRENE midsole material to give runners a snappier feel. The feel of these shoes is often a bit more firm and can take some getting used to for the uninitiated.

Many times the forefoot cushioning of Adizero shoes is a bit more firm which aids in a faster cadence and quicker toe-off during the running stride.

If you are a a runner that tends to enjoy faster paces or firmer cushioning, the Adizero line is definitely for you. Of special note is the fact that the Adidas Adizero Adios racing flat holds the world record and next three fastest times in the marathon.

The Supernova line has been around since the late 1990s and it represents Adidas’ more protective everyday training shoes. As the aforementioned Adizero line is focused around racing and faster paced training, the Supernova line is built to handle high mileage and they tend to feature a bit softer and more extensive cushioning than the Adizero shoes.

One of the problems that Adidas has encountered over the last decade among serious runners is legitimacy.

For many years they attempted to combine performance running with fashionable lifestyle designs with shoes such as the “Yeezy” co-designed by Kanye West.

While these shoes were laughable at best, they also undermined the performance aspects of the Boost technology and scared many lifelong runners away. This also impacts the resale of many Adidas shoes with Boost technology.

While it seems that Adidas has realized the error of their ways, the running shoe offerings of the last two years seem to be on par with the true heritage of this great company.

I will start by explaining that there are a whole lot of models in the Adidas line that won’t be profiled in this guide.

Why? Because the aim here is to only profile Adidas’ true performance running shoe offerings.

Many big box sporting goods stores have all kinds of low quality models aimed at enticing the bargain shopper, or high-price models aimed at the fashion conscious – but these are not shoes you should be running decent mileage in.