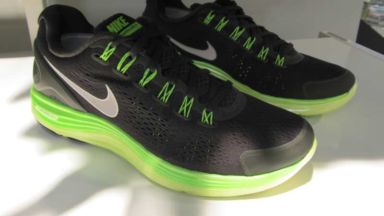 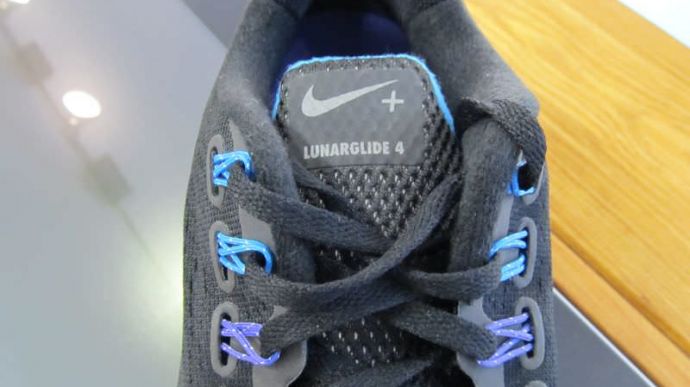 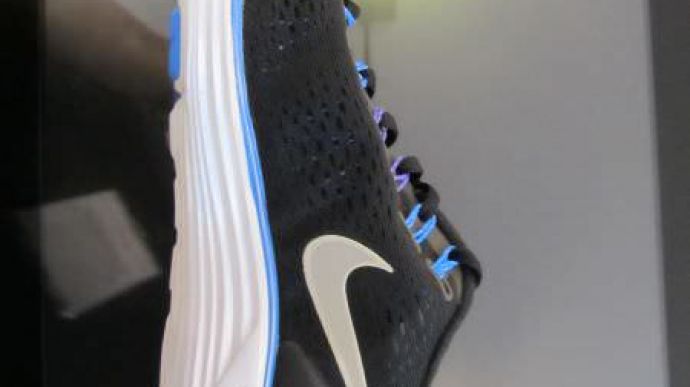 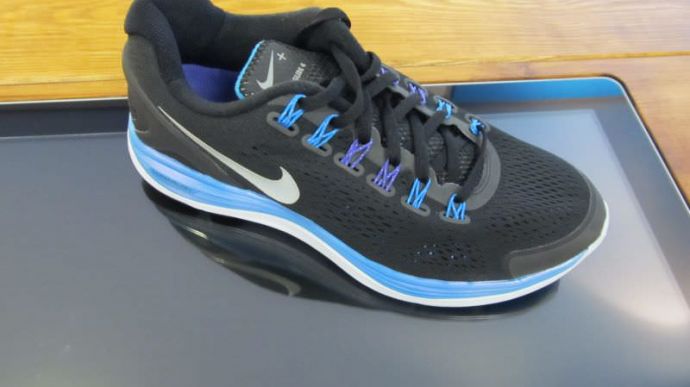 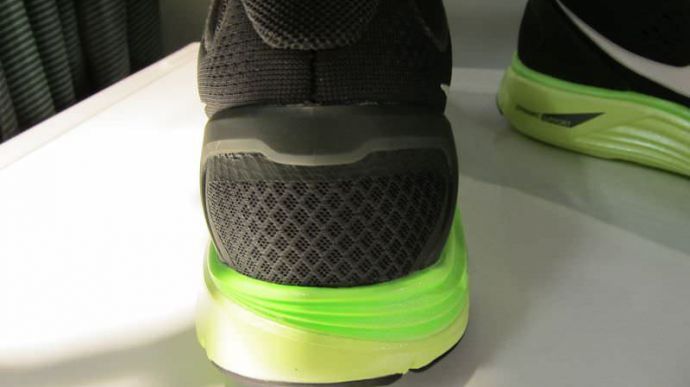 A lightweight, cool looking and comfortable shoe that does only provide mild overpronation support
WHERE TO BUY
LOWEST PRICE
$110
SHOE INFO
Nike
Brand
LunarGlide+ 4
Model
Stability
Type
10.1 oz. (286 gr.)
Weight
110 US$
MSRP
WHO IS IT FOR
Neutral runners on long runs, mild overpronators
Help me choose

At first glance, I fell in love with the sleek design and colors of the Nike Lunar Glide+4. Mine arrived in the Silver/Electric Green-Liquid Lime colorway. The reflective details are eye catching and well designed.

As an overpronator, I am used to running in heavier shoes needed to support my foot strike. When Nike’s ads hit during the summer about the LG4’s being a “dynamic support shoe” that was a lighter weight than the Lunar Glide 3 model, I was excited to test them out.

The Nike Lunar Glide+ 4’s innovative new features include the use of the Flywire Midfoot support system, implementing the Nike Lunarlon technology, and creating an overall lighter model than the LunarGlide 3’s.

The LunarGlide 4 kept the seamless sleeve construction of the upper that was loved by the fans. The Upper is made of a single layer of constructed mesh, thus making this year’s model significantly lighter than the LG3, and offers more ventilation. After testing these shoes during hot, humid NYC mornings, these shoes held their own and my feet thankfully did not feel suffocated. The engineered mesh also has different sizes of perforations along the upper to give maximum breathability and flexibility.

The Lunarglide+ 3′s (previous model) midfoot support in the upper gave the “hugging” fit that runners loved, thanks to the Dynamic Fit lacing system. The new Lunarglide+ 4 feels snugger than the LG3’s because it replaces these straps with thee “Flywire” system.

Nike’s “Flywire” system is a network of multiple cords that run up sideways in the middle of the shoe. The cords are attached to the base of the shoe, and extend to the eyelets. Made with synthetic leather, the eyelets are durable to withstand the pressure from the Flywire system. Once the laces pass through the eyelets and are tightened, the cords’ elastic resistance applies pressure to the sides of the foot. The thermoplastic heel clip and Flywire work together to provide a “glove like” custom fit.

Being used to running in other stability shoes such as Brooks Adrenaline GTS 12 model, I was hesitant about the support of the mesh upper of the Lunarglide 4. While being used to heavier, firmer models such as the Brooks Adrenaline, the lightweight model’s single layer mesh offers maximum flexibility.

The Flywire system offered a snug, stable fit. At first, I did tighten the laces too tight. Due to the unstability of the mesh material combined with a tight Flywire fit, my feet felt constricted and unable to breathe. The forefoot felt specifically tight and uncomfortable during a long run.

The Sole Unit is a complex dual density “Lunarlon” midsole construction made of a combination of carbon rubber and midsole foam. Instead of the traditional medial post in this stablity shoe, Nike offers the Dynamic Support System in the midsole. The DSS is made with a lightweight material called LunarLite foam. The foam is cut at an angle in a “wedge like” shape to fit into the midsole cavity. The LunarLite foam is built into the Lunarlon outsole. This provides more support on heel impact, stability, and faster responsiveness on energy return.

The firm foam support cushions the impact, while helping reduce the inward rolling motion of a low arch runner during their footstrike. Whereas neutral runners’ feet would not roll upon footstrike, an overpronator needs the correction so that the foot does not hit inwards or roll. The resilient Lunarlon foundation stabilizes the foot while giving a fast energy shift return. The sole unit produces a springy feel, but lacks the plushness of other stability models such as the Brooks Trance 11’s “Catepillar Crash Pad” cushioning.

They feel great walking around or running short distances. However, they didn’t give me the support I needed during long runs (8 miles or more). When tying the laces too tight, the Flywire support system based in the midfoot made my feet feel constricted and confined.

I recommend these shoes to neutral runners or those with mild pronation control needs. The LunarGlide+ 4 is a lightweight, cushioned and breathable running shoe with a sleek design. I was complemented several times during my runs over the cool look.

It’s a great update to the Lunar Glide+ 3, and has more support than the Nike Pegasus model. Although it didn’t work for long distance runs, as I need a stronger stability shoe, I loved the ventilation during warmer climate exercise and support for shorter runs.

We thank the nice people at Nike for sending us a pair of Lunarglide 4 to test. This did not influence the outcome of the review, written after running more than 50 miles in them.

Ashley Massis lives in New York City and works as a Buyer in the Fashion Industry. Although an active athlete through high school and college, she re-discovered her passion for running only a few years ago. She continues to be an active runner and has over 7 years of experience in the fashion and sports industry.