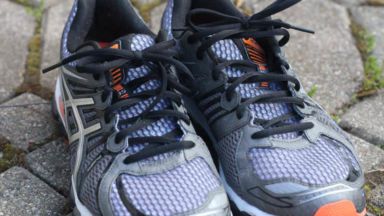 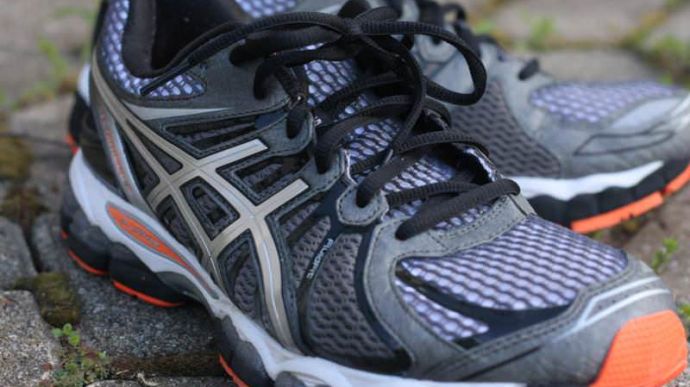 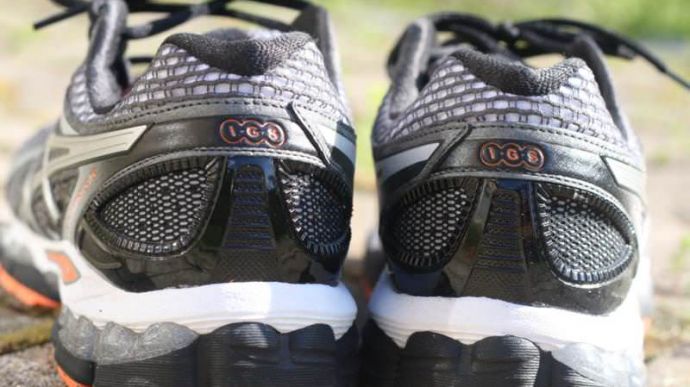 Fans of the Asics Gel Nimbus 14 will love the 15th version.

Asics has made minor changes to the upper construction, but it has kept the Nimbus basically the same. This is not necessarily a bad thing.

While innovation is fun and exciting, runners sometimes appreciate predictability in their shoes. What has changed is the price tag—a $5 increase. Runners will have to decide whether the qualities of the Nimbus 15 are worth that increase in price.

Out of the box, the Nimbus 15 looks almost identical to its predecessor. Even the overlay patterns look the same.

The shoe still has a very flexible forefoot, which gives it a fast transition heel-to-toe (maybe too fast). Side-to-side, the shoe is a bit rigid, but its not stable enough to appeal to even a moderate overpronator. A stiff heel counter locks the foot in place.

I had the opportunity to review the Gel Cumulus 15. In that review, I commented that the Cumulus felt at least a half-size too small. I did a side-by-side comparison with the Nimbus, and the Nimbus felt true to size. If you can’t seem to find the correct size in the Cumulus, you may want to try the Nimbus, which I felt had a superior fit.

When I had both the Nimbus and the Cumulus on, I also noticed the difference in Gel cushioning. The Nimbus had noticeably more Gel, especially in the forefoot. Runners who put a lot of stress on the forefoot may want to consider the Nimbus over the Cumulus for that reason.

Another difference between the Nimbus and the Cumulus is the amount of foam throughout the upper. Asics does not hold back when it comes to memory foam in the Nimbus’s upper. In my review of the Cumulus, I commented that the upper was light and breathable. On the flip side, the Nimbus has a fairly substantial upper, which gives it a luxurious feel, but also means it is slightly less breathable and heavier feeling.

The sole unit of the Nimbus 15 is identical to the previous version (as well as the Cumulus). Running Shoes Guru received some comments from runners who experienced some discomfort in the Nimbus 14, and the particular outsole pattern may be a contributing factor.

Like I said above, Asics did not hold back when it comes to Gel in the midsole. As a result, the Nimbus feels well cushioned, and capable of whatever mileage you can dish out. That Gel is especially noticeable in the forefoot, which may appeal to forefoot strikers, especially. With all that cushion underneath, the Nimbus is well-suited for everyday training, long runs, recovery runs–just about anything. It is, however, a lot of shoe, so those who prefer something lightweight for faster paced runs or races may need to put the Nimbus in a rotation with a more minimal shoe.

The upper is again almost identical to the 14. That means generous amounts of memory foam throughout the upper, which gives the Nimbus 15 a very luxurious, almost pampering feel. The overlays are slightly smaller than those found on the 14. But the shoe does not feel any lighter than it did a year ago, so whatever weight the new overlay technology might have saved, it must be minimal.

Like the 14, the Asics Gel Nimbus 15 is a great shoe for any runner wanting to maximize the amount of soft cushion in their trainer. Anyone who was less than satisfied with the Nike Vomero 8, may want to take a look at the Nimbus 15. The only downside I see is for those who experienced hotspots in the Nimbus 14—that issue won’t be resolved in the 15.

We thank the nice people at Asics for sending us a pair of Gel Nimbus 15 to test. This did not influence the outcome of the review, written after running more than 50 miles in them.