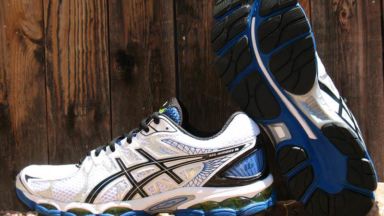 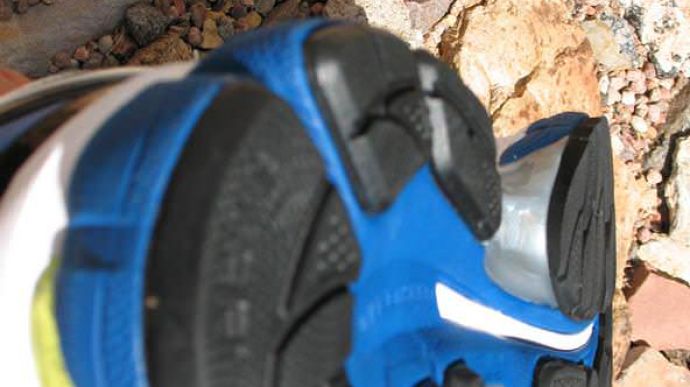 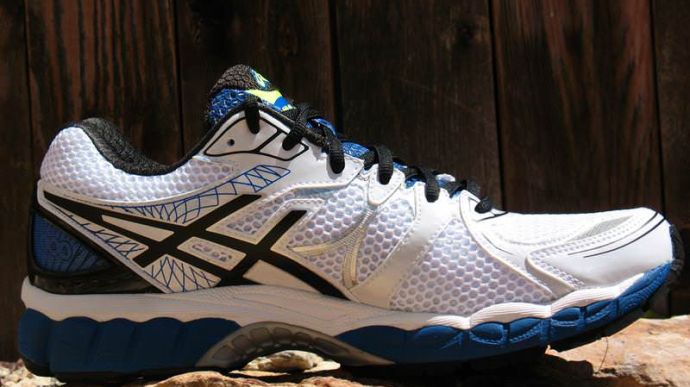 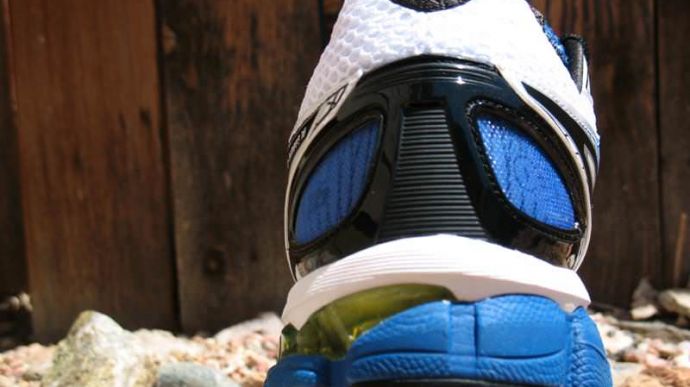 The Nimbus returns with a 16th installment and only a few minor tweaks from its predecessor. The biggest notable changes are to the fluid fit upper, and Gel pockets.

I received my pair of Nimbus 16’s in a white and navy blue color way which was not as nearly eye catching as the pair of Cumulus that I received. As many of you have probably have heard from elders you can’t judge a book by its cover and that is very true about this Nimbus. What I received looked very plain but the feel and performance were anything but.

Once on the shoe was really comfortable with a luxurious feel and smooth transition. One thing that I noticed was the amount of foam used in the upper. While it created a very comfortable nest for my foot it seemed to cut down on the shoes breathability.

One other notable aspect of the shoe was that it ran true to size something that was not so with the Cumulus 16 which I also had the opportunity to wear test. It really surprises me how that kind of inconsistency exists between two shoes but it does.

The sole of the Nimbus 16 remains fairly unchanged from the 15. FluidRide continues to be the base of the Nimbus. 3mm of additional height has been added to the women’s model to help relieve Achilles tension.

Asics with this version, as it did with the Cumulus, has increased the Gel units in the rearfoot and forefoot. The rearfoot unit has also been extended further along the heel more to midline as well.

The coupling of these two elements continues to give the Nimbus its plush cloud like ride. This midsole has the perfect marriage of cushion and springy resiliency that make it really an ideal shoe for long runs.

The outsole of the 16 remains fairly unchanged as well. Small tweaks to the high abrasion rubber have been altered but it seems to be more aesthetic than functional. The same deep flex groves still line the landscape of the Nimbus 16 outsole.

These kept the shoe reasonably flexible and my stride efficient. One thing that they also allowed for was a fairly fast transition which I really wouldn’t have expected from a more built up shoe.

Like the Cumulus Asics has made claims to have enhanced the truss system on the Nimbus 16 also. When I compared it to the 15 the difference was not that noticeable. Like the Cumulus the true change that I could see was in the truss to the lateral side.

Since I hadn’t ran in the 15 I don’t know whether this change made any sort of difference in the shoes performance but from a visual standpoint I don’t see how it could. Regardless the system worked well providing subtle unencumbering structure to the shoe.

The upper of the 16 is what has taken on the most noticeable appearance. The overlay structure of the FluidFit structure takes on a web look and integrates into the individual eyelet lacing system. This pulls the shoe together comfortably with a snug, but not overly tight fit.

Loads of memory foam still grace various parts of the upper, which continues to give the shoe its very posh feel. This however may come at a price as it may limit some of the breathability of the shoe. The exoskeleton heel counter provided excellent lock down and fit while keeping the heel of my foot nice and stable.

The Nimbus 16 is a solid choice for any runner looking a maximum soft cushion trainer. The shoe seems to learn all the contours of your foot providing maximum shock absorption and comfort perfect for long sustaining runs.

We thank the nice people at Asics for sending us a pair of Nimbus 16 to test. This did not influence the outcome of the review, written after running more than 50 miles in them.