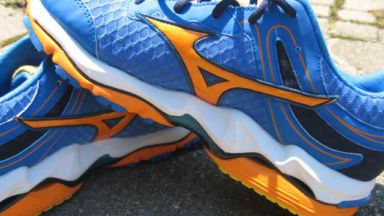 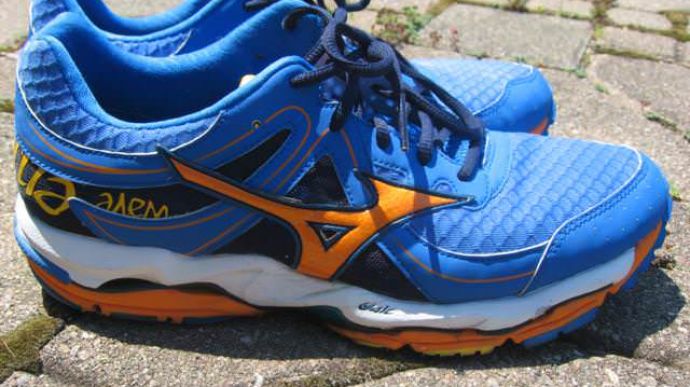 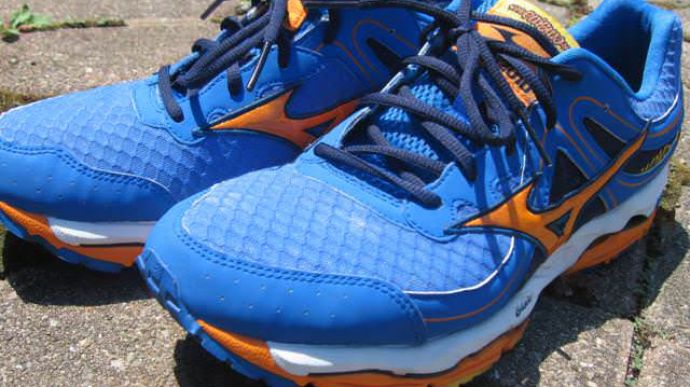 The Enigma 3 is a shoe that is experiencing an identity crisis--a shoe with a neutral label but with the inherent stability of a motion control trainer
WHERE TO BUY
LOWEST PRICE
$119
SHOE INFO
Mizuno
Brand
Wave Enigma 3
Model
Cushioning
Type
11 oz. (312 gr.)
Weight
119 US$
MSRP
Wave Enigma 2
Previous model
WHO IS IT FOR
Moderate to severe overpronators who desire premium cushion trainer in a light weight package. Or, neutral runners who need a recovery day shoe.
Help me choose

The Wave Enigma 3 is Mizuno’s premium cushion trainer for the neutral runner, comparable with shoes like Nike’s Vomero and Asics’s Nimbus. With version 3, the Wave Enigma 3 undergoes a complete redesign. I was especially excited about trying out the Enigma 3 for two reasons.

First, I’ve been wearing the Enigma since it was launched. And second, version 3 features Mizuno’s new midsole compound, U4ic, which is also in the Sayonara. Let’s see if the Enigma 3 met my expectations!

The first impression I had of the Enigma 3 was its weight. The Enigma 3 is a big shoe that places tons of cushion underneath the foot. But as big as it is, the Enigma 3 weighs just under 11 oz., making it about the same weight as the Wave Rider 15. This weight savings is of course because of the new U4ic compound, which Mizuno claims is 30% lighter than the previous AP+.

The second impression I had was that the shoe is incredibly stiff for a neutral trainer. The forefoot, while stiff, I think, has adequate flexibility. But side-to-side, the Enigma 3 is very, very rigid. That rigidity made my feet ache on the run, forcing me to loosen the laces to the point that my heel began slipping. The heel counter is stiff, but, as I said, because I had to loosen the laces quite a bit, my heel slipped anyway.

But there are other changes beside the new compound. The first two versions of the Enigma were designed with an upwardly curved toe. That sprung toe design helped give the Enigma a smooth transition heel-to-toe. That smooth transition, combined with premium cushion, was, for me, the Enigma’s hallmark. That curved toe design is gone in version 3. This is not necessarily a bad thing, as some people find a sprung toe uncomfortable.

But it does have an affect on the transition of the Enigma 3. The issue is when the absence of a sprung toe gets combined with the torsional rigidity. That combination gives the Enigma 3 a transition that is completely different from the first two versions. With every step, I felt my foot was contacting the ground with a loud thud, rather than with a quiet transition–and that was really disappointing. For me, the rode of the Enigma 3 felt closer to Nike’s Vomero than the original two versions of the Enigma.

Something else that has changed is the amount of material in certain spots on the outsole. In particular, are the generous amounts of blown rubber on the pads directly behind the Flex Controllers in versions 1 and 2. That blown rubber is reduced in version 3 (in order to lessen the curvature of the toe). I took a photo of the outsoles of the Enigma 2 and 3 as a comparison.

Midfoot and forefoot strikers will still receive a lot of cushion with the Enigma 3, but that has more to do with the amount of cushion in the shoe overall than with strategic design. As a result, the Enigma 3 feels clunky, no longer smooth and quiet as in previous versions.

My biggest issue with the Enigma 3 however is with the amount of inherent stability of the Enigma 3. The Enigma has always been a fairly stable shoe for a neutral trainer. Much of that has to do with the Wave plate that runs the length of the shoe. Like a piece of cardboard, the Wave plate is flexible lengthwise but very rigid side to side. In a shoe like the Sayonara, Mizuno lessens that rigidity by cutting the plate on a bias.

So, even though my foot wanted to pronate naturally, the rigidity of the shoe prevented that from happening. As a result, my foot felt sore, and my arches achey. I worked around the problem by loosening my laces, but to get enough room for my natural pronation, I had to loosen them to the point that my heel started to slipped up and down on the run. In my view, there is simply no reason a shoe for the neutral shoe should be this controlling.

The only times I was okay with running in the Enigma 3 were on recovery days when my feet and legs were so worn down that I didn’t mind the additional stability. But even on days like that, the thought of running more than 6 or 7 miles in shoes this uncomfortable was off putting. To give you an idea of how controlling the Enigma 3 is, I have a pair of Inspire 9s, and on those types of recovery days, I preferred to run in the Inspire 9s over the Enigma 3s because I found them less controlling.

The one feature of the Enigma 3‘s sole unit that I found was more successful than previous versions were the flex-controlling connected bands of outsole. The previous versions of the Enigma featured Flex Controllers, which were bands of rubber that slowed down the foot at initial contact and provided a bit of snap at toe-off. It was a great idea, as it would smooth out the transition, but the execution was a bit clunky.

On the Enigma 3, those Flex Controllers are replaced by a continuous band of outsole on the medial side, as well as a small strip on the lateral side. This design, which is also found on the Sayonara, is a much welcomed improvement over the original Flex Controllers. This is why the forefoot, though still a bit stiff, still had enough flexibility.

The Enigma has always featured an all mesh upper with minimal overlays to maximize both breathability and comfort, and Mizuno carries that design philosophy over to the Enigma 3. The upper on the Enigma 3 is very soft and breathable, and therefore comfortable. The overlays are well placed to hold the foot in place without causing any hotspots.

In version 2, I had some trouble with the foot not being locked in place, which led to my foot sliding off the platform. That problem is completely gone in the Enigma 3. Though I had problems with the torsional rigidity of the shoe, I had no problems with the fit. The Enigma 3 is the best fitting version yet.

Whether the Enigma 3 is successful or not depends entirely on the type of runner it is intended for. If the Enigma 3 is intended for neutral runners, as Mizuno says it is, then I have to judge it unsuccessful. Though it provides plenty of cushion in a very lightweight package, it is a very controlling shoe. That amount of control combined with a flatfooted transition makes it an uncomfortable ride for the neutral runner.

If the Enigma 3 is to be better suited for the neutral runner, Mizuno has to find a way to increase the amount of torsional flexibility in the shoe. One idea is to cut the full length wave plate on a bias, like the Sayonara. But if Mizuno decides to change nothing, then I think they should just market the Enigma as a stability or motion control trainer.

A runner with moderate to severe overpronation, I believe, would find the Enigma 3 to provide plenty of support/control. And these runners will appreciate the amount of cushion the Enigma provides in such a light weight package.

We thank the nice people at Mizuno for sending us a pair of Wave Enigma 3 to test. This did not influence the outcome of the review, written after running more than 50 miles in them.