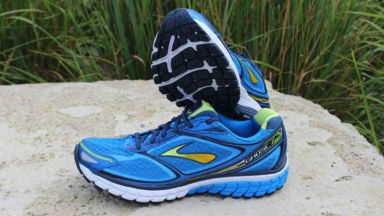 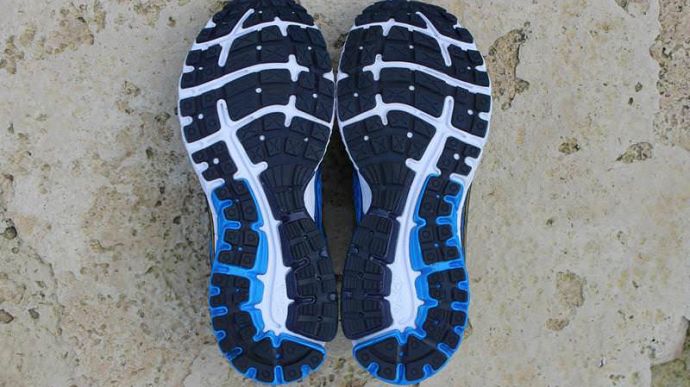 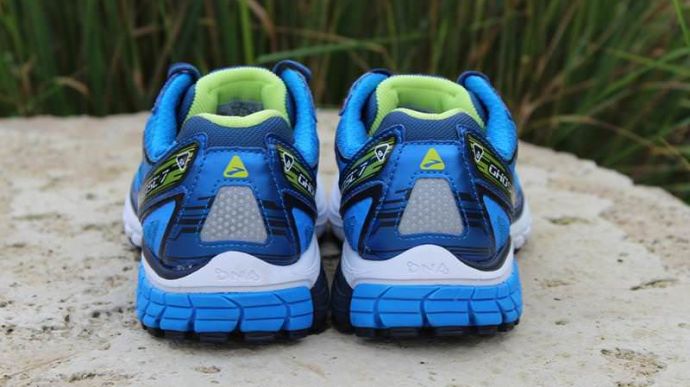 The Brooks Ghost is a neutral, lightweight daily trainer that combines a smooth, quick transition throughout the entire foot strike with a well cushioned sole that is built for higher mileage when required.
WHERE TO BUY
LOWEST PRICE
$120
SHOE INFO
Brooks
Brand
Ghost 7
Model
Cushioning
Type
10.3 oz. (292 gr.)
Weight
120 US$
MSRP
Ghost
Family
WHO IS IT FOR
The Brooks Ghost 7 is for those runners looking for a neutral everyday trainer capable of higher mileage while providing that extra bit of cushioning.
Help me choose

Brooks is a company that likes to stick with what works and is known for making only small design modifications each year to those shoes that already have a solid and firm foundation. That is precisely what I found with this version in the Ghost 7 when I tried it on and went for the first run.

The Brooks Ghost 7 continues to be a neutral, lightweight workhorse for those runners seeking a comfortable, secure fit along with generous cushioning allowing it to handle higher mileage.

The shoe was slightly lighter than the previous versions and I found the fit to be comfortable and my foot was held securely in place. During my testing runs on different types of surfaces, I noticed the shoe had a smooth transition throughout the entire foot strike while still providing ample stability.

The Ghost continues to be one of the core neutral shoes for Brooks. The design changes to this version were mainly in the midsole which are similar to the changes the company is making to most of the other Brooks shoes – i.e. the Ravenna 5 and so forth.

They are changing the midsole material to be more of a one piece blended compound versus the previous versions which had the BioMoGo compound with DNA inserts which did not provide the ride you feel now.

There are also some design enhancements to the tread lugs to make it lighter and more responsive. The Ghost 7 weighs approximately 10.3 oz. for men and 9.0 oz. for women as a result of the design changes to the sole and the compounds used for the cushioning.

The major update that you will “feel” the most in the Ghost 7 are changes to the compound material used in the midsole. The design changes to the materials are similar to that are being used in many other Brooks models.

The Ghost 7 now uses the newly designed “one-piece” BioMoGo compound versus the old versions which used the BioMoGo with DNA inserts.

This change which was made to the materials used in the cushioning allows for a more smooth and adaptable ride for the runner during the foot strike.

I found that during short and long runs, I experienced a smooth transition from heel-to-toe during my entire stride. With neutral nature of the Ghost 7, the cushioning and stability were both adequate with the updates within the sole unit.

The sole in the forefoot experienced only slight changes to the lugs which were made larger to provide for a more even transition along with making the shoe lighter. The heel of the Ghost 7 keeps the old version of the crash-pad design which allows for comfort during the heel strike.

The Ghost 7 benefits from these updates as they provide a responsive foot strike transition, a smoother ride as well as the ability to handle the demands of higher mileage.

The Ghost 7 upper remained similar to that of the previous versions. The materials used for the mesh and overlays seem to be changed to be slightly thinner and lighter but otherwise the design, fit and feel along with the function has not changed.

The no-sew overlays are still similar and provide for a secure fit and are covered by a light mesh allowing for simple and breathable material. The Ghost 7 upper remains lightweight, breathable and comfortable.

The fit of the Ghost 7 was secure as I my foot stayed in place and did not slip. I had ample room in toe box and my heel had plenty of support and remained “locked in”.

A secure and comfortable fit are important whether doing quick tempo runs or longer, steady runs. There were very small changes to the upper in the Ghost 7 versus its predecessors and I felt that there was no need for major redesign changes in this version.

The Brooks Ghost 7 remains a lightweight, neutral trainer that people have come to expect. There were very few updates to this version and the biggest design change was to the BioMoGo DNA material used in the midsole which made the shoe lighter and allowed for a more smooth transition. This is a change that Brooks is making throughout its lineup.

The shoe is a solid neutral trainer that offers enough stability and cushioning for an array of runners looking for that go-to trainer that can handle high mileage.

The Ghost 7 has adequate stability and the sole unit offers ample cushioning that allows for the shoe to be used as a daily trainer or one that can take the hammering of extra miles. This is a shoe that can handle the rigors of the pavement or be taken off-road on easy trails.

The changes to the material and foam used in the sole unit as well as small updates to the upper created a shoe that is lighter and allows for a quick, smooth transition throughout the runner’s foot strike. The Ghost 7 is a solid, neutral shoe that runners will enjoy as they put on the miles.

We thank the nice people at Brooks for sending us a pair of Ghost 7 to test. This did not influence the outcome of the review, written after running more than 50 miles in them.