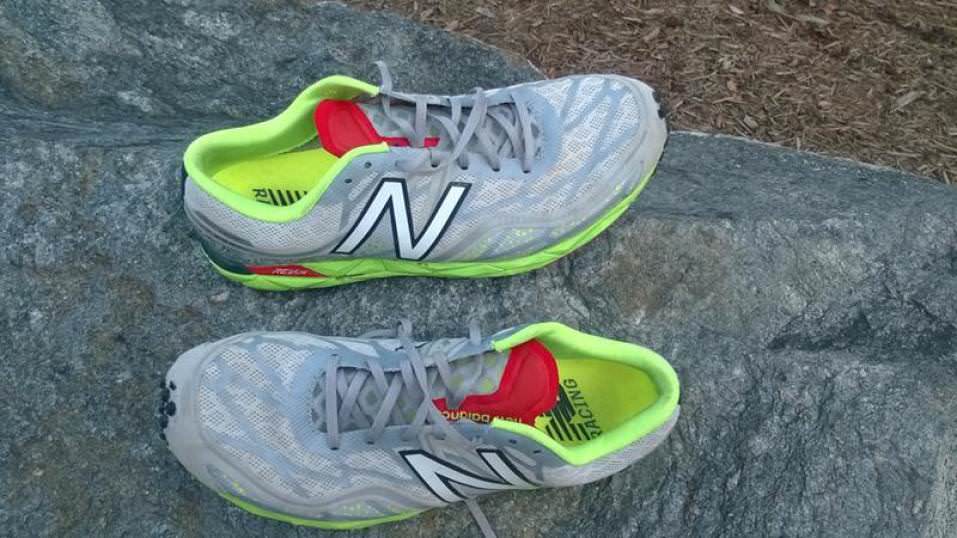 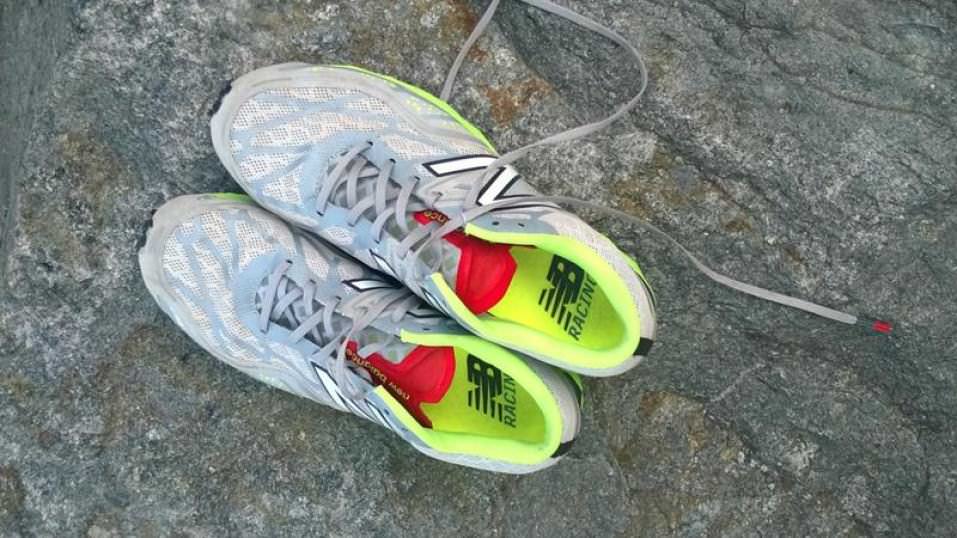 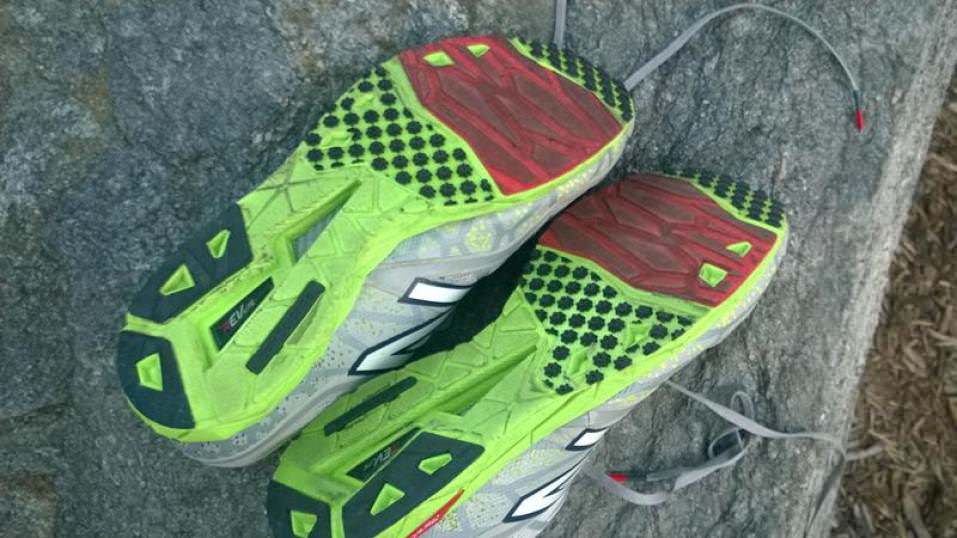 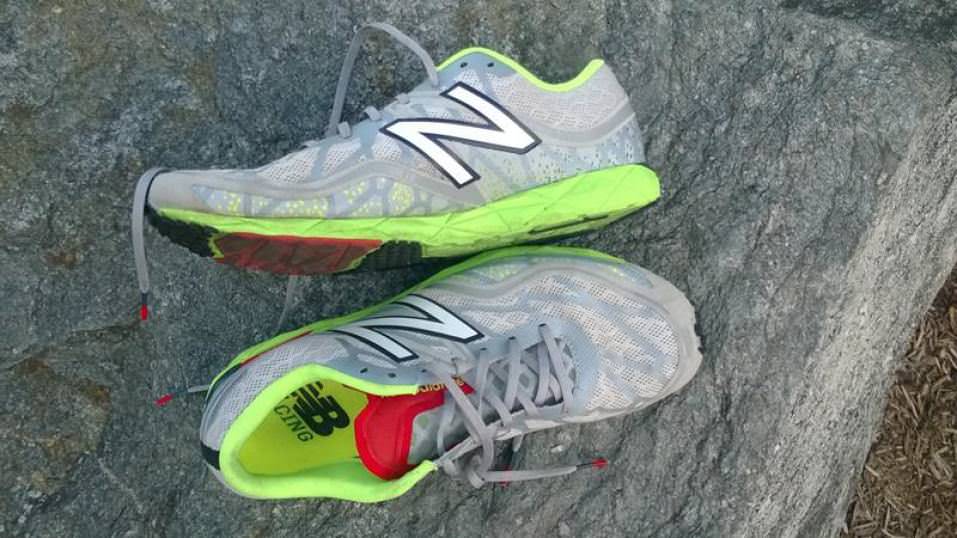 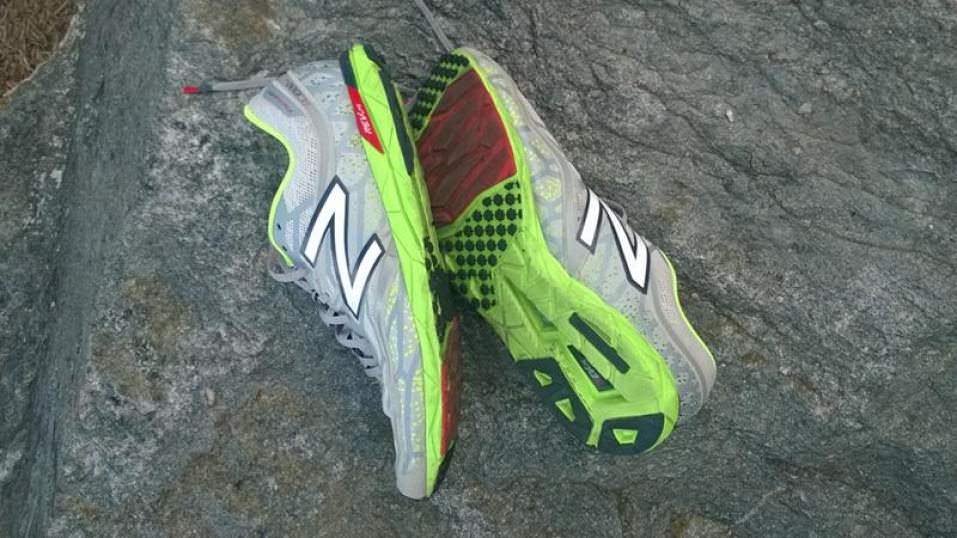 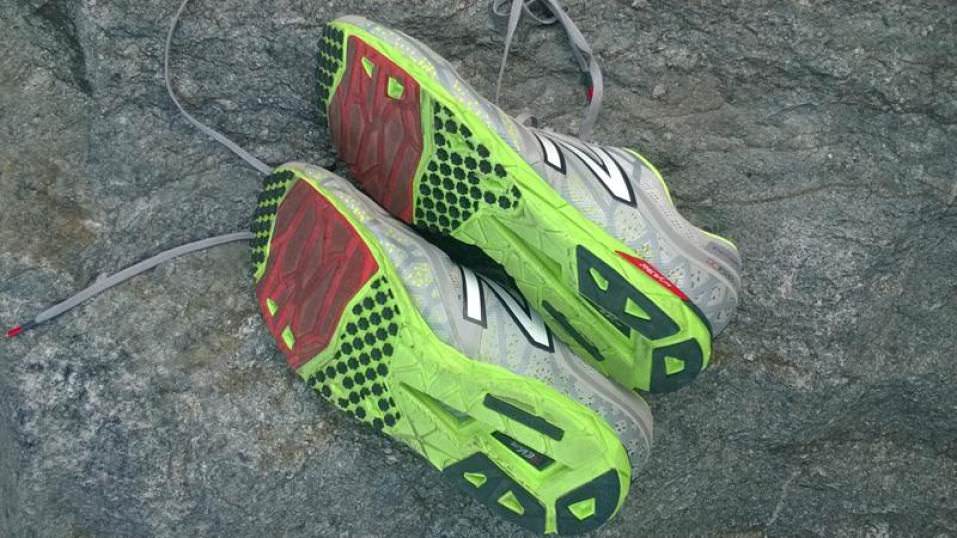 This update from the NB competition line fills the gap well between the company’s track spikes and heftier long distance racing footwear. The 1600 v2 is slightly lighter than its predecessor, and the sock-like upper will please many runners looking for a comfortable and functional flat. This shoe will also be a great choice for high school and college athletes looking for a flat to use in training, cross country, and on the track. Durability may be an issue with the NB 1600 v2, but overall this competition shoe will work well for a variety of runners.
WHERE TO BUY
LOWEST PRICE
$110
SHOE INFO
New Balance
Brand
1600 v2
Model
Racing
Type
5.1 oz. (145 gr.)
Weight
110 US$
MSRP
RC1600
Previous model
WHO IS IT FOR
Faster competitive runners racing 5K-10K events; high school and college athletes racing a variety of distances and on variable terrain
Help me choose

I received the New Balance 1600 v2 just in time for my summer racing season where I planned to focus on several 5K-10K races on the road. I needed a reliable flat that I could wear with confidence, so I was hoping that this new addition from NB would fit the bill.

After walking around a bit in the shoes, I felt like I could probably work-out in them pretty soon without needing to break them in with an easy run or two. Comfort out of the box is a key feature for me with any running shoe, especially those I plan to compete in with regularity.

That said, I took them out on a local bike path the Saturday after I received them for a mixed-intensity bout of speed training. The session I completed touched on paces ranging from 10K-1500m effort, and the shoes performed very well across the spectrum.

I was very pleased with how comfortable these flats are given the general nature of similar shoes- flat and hard with thin uppers. The NB 1600 hugs the foot well without inducing any hot spots or blisters.

While the ride is what I would expect from a racer, the nice upper and especial crispness off the ground put the New Balance up there with two of my other favorite racing flats- the Nike Zoom Streak XC and Mizuno Wave Ekiden.

After a few more successful runs in the shoes, I felt confident enough to race my goal race of the summer in them- The AJC Peachtree Road Race 10K in Atlanta. This event went very well, and I set a new personal best in them despite the hilly course and hot conditions.

While I wouldn’t recommend the shoe for the half or full marathon distance, I was able to run the course backwards in the flats to get back to my car without issue save for some (natural) soreness in my feet the next day.

The sole unit of the New Balance 1600 v2 is nothing super special compared to other flats, but simplicity is often a good thing. Featuring the company’s RevLite material, the newer version of this flat remains pretty similar to the shoe’s first installment.

I appreciated the bounciness of the material more than anything, and traction wasn’t an issue even on grass. This is why I asserted above that the shoe could double as a cross country racer for scholastic athletes; however, it does perform at its best on the road and track as one might expect.

My only two issues with the outsole are the potential for limited durability after 100mls or so and the wedged heel opening the shoe features. I have about 80mls on my pair as of this writing, and my flats already shoe some compression and wear on the outsole.

This is normal for many true flats, but I think the brighter colors show this wear a bit more readily. The open heel tends to aggravate my plantar fascia on the right side after faster runs, but this is probably an issue unique to my anatomy.

As noted above, I really dig the NB 1600 v2’s upper. It is made of a very lightweight, flexible material that breathes well and dispels water excellently. I can move my toes freely in the flats, which in theory might increase my foot proprioception at faster speeds.

New Balance’s new flat upholds the belief that you shouldn’t have to sacrifice comfort for speed and a sleek design, which is a big selling point in my opinion.

The New Balance 1600 v2 is a great flat for races on the track, road, and non-technical cross country terrain. It blends a high degree of comfort with the responsiveness needed to go fast when it counts.

The only potential drawbacks of the shoe are durability if you are on a tight budget and need your shoes to last for an extended period of time. However, for a competitive racing season, the NB 1600 v2 would easily carry you from your first rust-buster to a big PR with ease.

We thank the nice people at New Balance for sending us a pair of 1600 v2 to test. This did not influence the outcome of the review, written after running more than 50 miles in them.