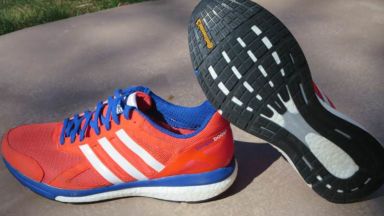 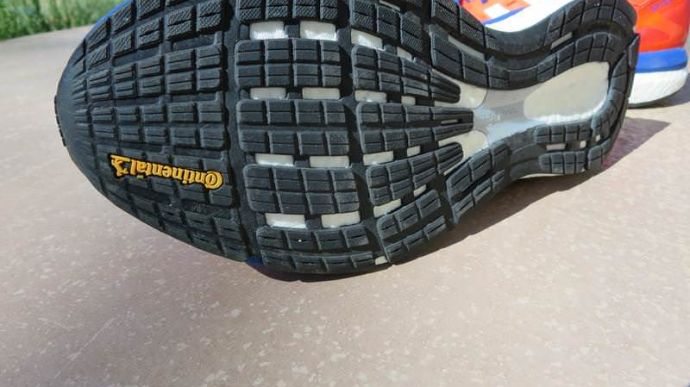 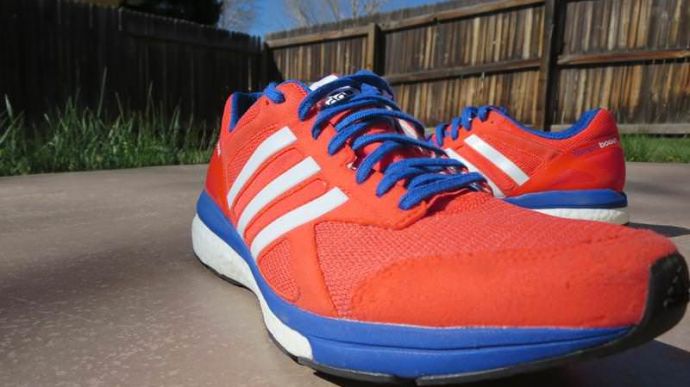 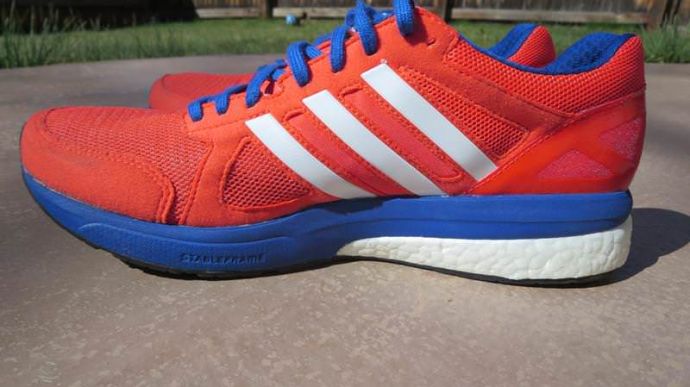 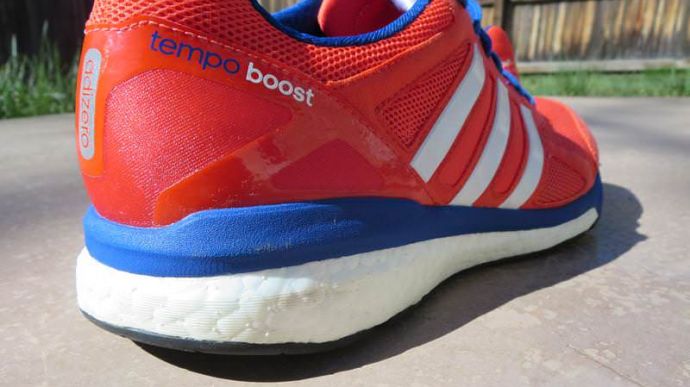 The Adidas Tempo 7 is the first incarnation of this shoe to use the popular Boost midsole EVA foam. While Adidas hits the mark on just about every aspect of this shoe, a very firm feel underfoot left me with sore feet on longer runs.
WHERE TO BUY
LOWEST PRICE
$120
SHOE INFO
Adidas
Brand
Adizero Tempo Boost 7
Model
Stability
Type
9.40 oz. (266 gr.)
Weight
120 US$
MSRP
WHO IS IT FOR
Fast and light runners looking for a shoe for faster paced, high mileage training. Or, any runner looking for a very firm feel in their running shoe.
Help me choose

Adidas’ most recent additions in their running shoe line feature two things that caught my eye right away. First off, Adidas decided to expand their Boost technology into almost every model.

Secondly, they returned to an almost 1970s, Adidas heyday, look of solid color uppers with the classic three stripes. In my opinion, nothing looks better.

I was excited to review the Tempo 7 to see how Adidas incorporates such a soft midsole material (Boost) into a shoe designed for slight overpronators.

The Tempo 7 is a relatively lightweight trainer which features just a touch of support for overpronators.

As stated earlier, this is the first time that Adidas employed its Boost midsole material in the Tempo series which historically has been a firmer shoe for faster paced running and even longer road racing.

Unboxing the shoe I liked the solid pinkish-red upper highlighted by a bit of blue in the midsole. The fit initially felt encouraging, although slightly narrow in the forefoot.

Adidas lovers will find the fit perfectly acceptable as it feels very similar to the Boston and the Adios.

A lot can be said about he Boost EVA material, comprised of TPU pellets molded together. Boost is a softer midsole, especially for Adidas whose Adiprene material was one of the firmer rides on the market.

Boost midsoles also boast a longer lifespan, and I can personally attest to this. While you may pay more for the shoe, you’re likely to get 150-300 more miles on them depending on how hard you are on shoes.

The Tempo 7 is a support shoe that works best for supporting late stage overpronation which is more common in mid to forefoot strikers. Dual density EVA covers the from half of the midsole on the medial side.

Additionally, this harder EVA sits above the softer Boost midsole material throughout the shoe to firm up the ride a bit. This lends to a good transition, but makes the cushioning more firm than it likely needs to be.

A solid, Continental rubber outsole provides some of the best traction around for a road shoe, and gave me a lot of confidence when running on slick roads.

The upper of the Tempo 7 consists of very tough, but very breathable mess heavily supported with sewn on overlays. It seems almost overkill at times given that Adidas has used lighter welded seams in their racing models.

However, this makes for a very durable upper that will hopefully last as long as the Boost midsole material. The fit of the Boost 7 is also classic Adidas, featuring a narrow last throughout with a slightly wider forefoot.

I found this upper accommodating for faster paced training, but on longer runs the narrower toe box made my forefoot feel crammed at times.

Adidas designed this upper tastefully and simply, with an elastic-like gusseted tongue that gives the mid foot a nicely wrapped feeling, and simple flat laces that are just the right length.

The Tempo 7, featuring the Boost midsole EVA, is a shoe that some runners who crave a very firm ride will love. While the feel of the shoe is firm, it doesn’t lack flexibility and the transition is very smooth.

The question remains, how can Adidas create a lightweight stability shoe that offers support while using their Boost material? Can they make a dual density version of Boost EVA for the stability spots on the medial side of the shoe?

Time will tell, however the bottom line with this shoe is that it is a no nonsense performance oriented shoe that can handle all the mileage you can throw at it.

We thank the nice people at Adidas for sending us a pair of Adizero Tempo Boost 7 to test. This did not influence the outcome of the review, written after running more than 50 miles in them.