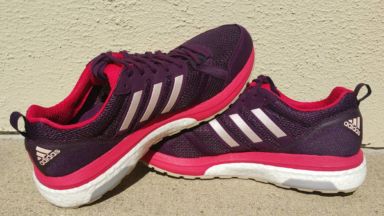 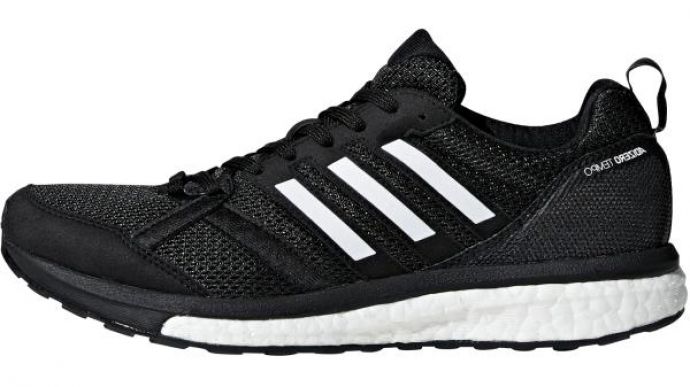 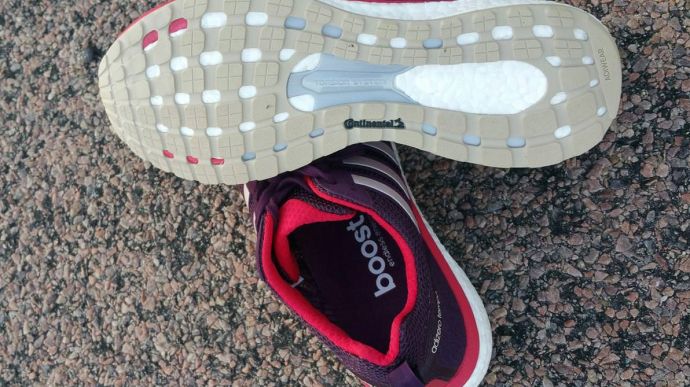 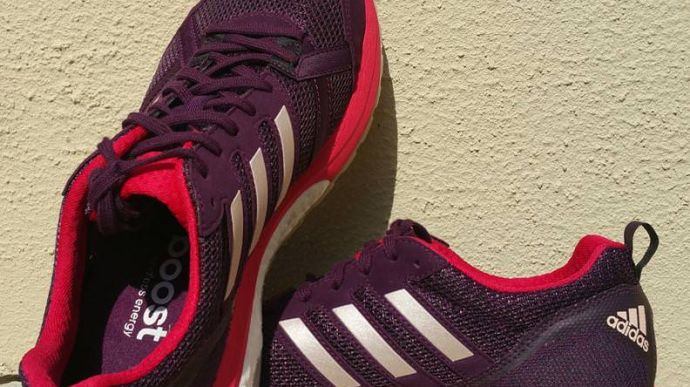 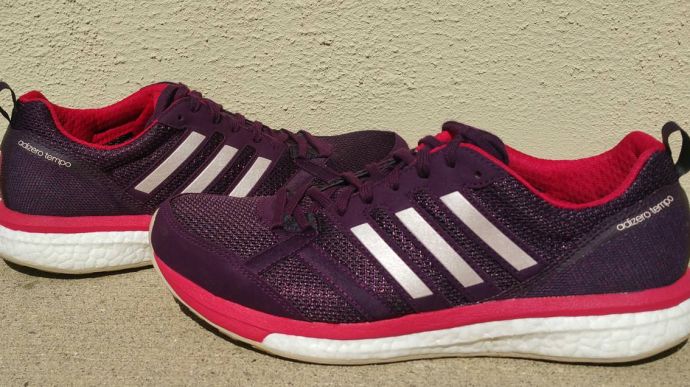 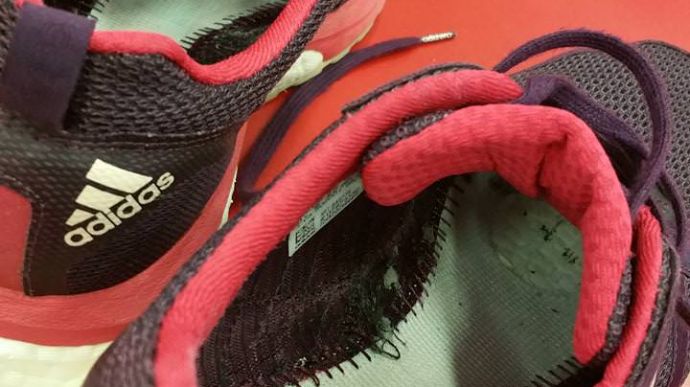 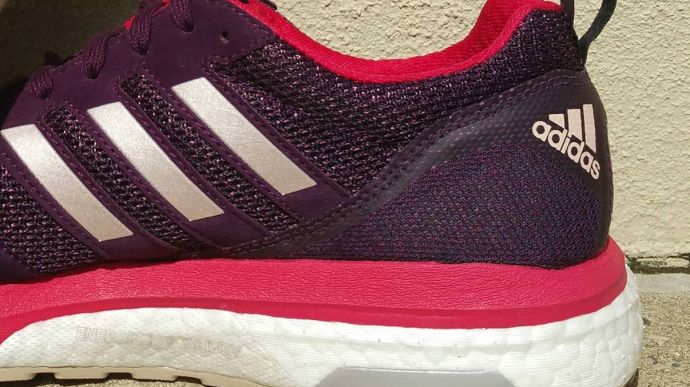 The adidas adizero tempo 9 is a phenomenal shoe modeled after an original, proven racer from adidas yet with updates of the latest technology in sole cushion and stability.

It's a beefed up racer or a minimal stability trainer, however you want to view and use it (or both!) for speed and distance running.
WHERE TO BUY
LOWEST PRICE
$84
SHOE INFO
Adidas
Brand
Adizero Tempo 9
Model
Stability
Type
8.90 oz. (252 gr.)
Weight
120 US$
MSRP
10 mm
Heel Drop
Adizero Tempo 8
Previous model
WHO IS IT FOR
This shoe is perfect for those who want to buy one shoe for training and racing or for those wanting a stable yet lighter shoe for speed workouts and racing.

It will hold up for many miles but will not be an everyday shoe for those with high support needs.
Help me choose

The Tempo 9 is updated with some changes from the last two versions of the shoe. The outsole pattern is still the Continental rubber plus adiwear combo for durability but was revamped in look.

It appears like it functions similarly well; it’s best suited for road, and I had no problems running in wet conditions.

The midsole however made a move toward minimal support by reducing the Stableframe in the forefoot down to EVA sidewalls with increased Boost filling in the gap, yet the brand counters this by extending the midfoot Torsion system back into a medial post in the heel.

Regardless of the walled-up forefoot, the Boost layer between the sock liner and the outsole extends from heel to toe. Under the forefoot, the sidewall is firm for guidance midstep, but the core is Boost foam.

There’s a cut-out in the fabric lasting which gives foot direct access to the Boost midsole below.

The upper also has a refurbished design with added strips of synthetic suede along the sides of the toebox, bringing a touch of support to the shoe that I appreciate.

The adizero Tempo is a shoe that combines the seeming opposites of minimal design and cushioned stability.

Compared with an adidas stability shoe that I really enjoyed, Supernova Sequence 9, Tempo 9 brings a surprisingly high degree of support in its upper—not quite as secure as Sequence with its overlays, but well done for its minimal style.

It’s a true-to-size fit lengthwise, but if you prefer a more open area around the toes, you’ll probably want to go up a half size.

The Tempo 9 continues to hold its own in the lightweight support category where it mingles with the ds trainer 22 and the brand new Dynamis from Asics, the 1500 V3 for New Balance, and Ravenna 8 from Brooks.

These are lightweight models for fast training with enough cushioning for comfort over distance runs. They’re one level above the all-out racing flat category in terms of support and cushioning.

My first introduction to adidas boost foam was in the brand’s Supernova Sequence 9 and Vengeful as I tested them at the same time: absolutely loved it.

It provides superb cushion (feels soft) while somehow still remains responsive (bounces back and transmits the energy you provide into propulsion).

Then I ran in Supernova (no “Sequence” added), which has MORE boost, and this took away from the responsiveness.

Tempo 9 reminds me of the former. It does have a bit more boost and less Stableframe than Sequence 9, but the feel underfoot is similar.

The Boost is bordered with sidewalls of solid EVA for support—cut back from the Stableframe of previous versions—but maintains boost up to the sockliner in the center forefoot.

An outsole of Continental-adiwear rubber combo overlays the Boost for grip and resistance to wear, with spaces of exposed midsole under the forefoot plus a larger oval below the rearfoot, to save on weight.

In between we have adidas’ long-standing stability feature of a plastic Torsion shank, which extends back into a medial post in the heel. (See here for an 80’s adidas Torsion bar)

When I first looked at Tempo 9, it immediately reminded me of the adidas marathon trainers from the mid 80’s, that Dr. Coffin showed me when discussing shoe history for this article, (but it’s not pictured in the article, unfortunately!)

The old marathon racers were built with an upper of genuine suede over polyester mesh, and the adizero tempo 9 features synthetic suede in the logo overlay, around the toe, and in supportive strips to mimic the look.

The support strips allow space for a “bunion window” making this narrow-fitting shoe work well for those with a bunion but an otherwise narrow foot, similar to ASICS’ GT-3000 5, while providing a counter to excessive inward roll of the foot.

Around the heel the tempo 9 includes an internal heel counter to control horizontal heel motion. The minimal overlay and strips through the upper do provide a bit more support to the upper than is found in the similar adizero Adios 3 and adizero Sub2 shoes.

An aesthetically pleasing touch to the adizero Webbing that makes up the body of the shoe displays in the black strings weaved with the dark purple which then moves to the heel where the colorway contains flecks of the pinkish-red featured around the shoe’s ankle and in the midsole’s EVA (or charcoal in the gray models).

I love the subtle touches! This designer deserves an award.

The adidas adizero Tempo 9 packs a lot of quality into a minimal-style shoe with lightweight support in the upper and midsole as well as a sole unit that has the durability to handle many miles on the road in wet or dry conditions.

Now with over 100 miles on the shoe, the boost under the forefoot is still holding its shape well. (If you want to check the wear level of your shoes, take out the sock liner and feel for a dip under the forefoot.

Durable midsole materials will resist compression longer.) This ninth version is my favorite yet for the Tempo because of the added support strips along the toebox area.

The minimal support of this shoe makes it a perfect option as a racing shoe for those who need a more supportive (ie: heavier) shoe for everyday training or as a stand-alone trainer/racer for those who want a lightweight shoe with a bit of support.

Have you tried Tempo 9 or similar models? Let us know your experience in the comments!

We purchased a pair of adidas adizero Tempo 9 from runningwarehouse using our own money. This did not influence the outcome of this review, written after running more than 50 miles in them.