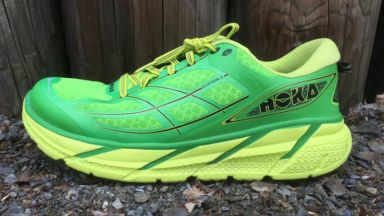 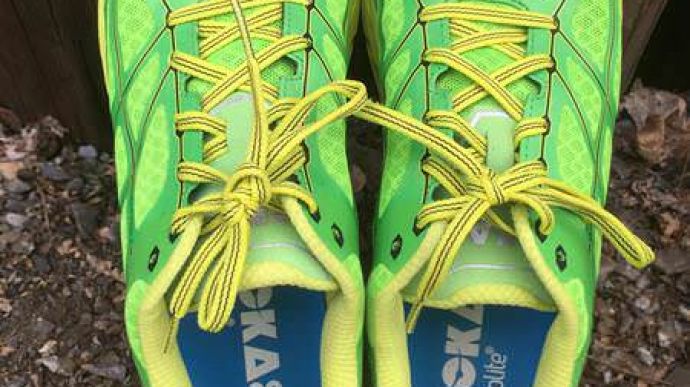 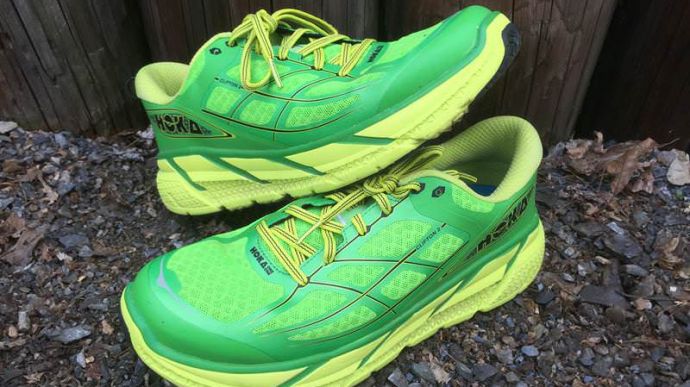 The Hoka One One Clifton 2, like its predecessor, is a fantastic shoe. It is an ultra-lightweight yet highly cushioned shoe that provides an amazingly comfortable ride.
WHERE TO BUY
LOWEST PRICE
$130
SHOE INFO
Hoka One One
Brand
Clifton 2
Model
Lightweight
Type
8.30 oz. (235 gr.)
Weight
130 US$
MSRP
Clifton
Previous model
WHO IS IT FOR
I highly recommend this shoe to runners of all types and ability.
Help me choose

The Clifton 2 is an updated version of the very popular Clifton that made its debut last year.

The Clifton received rave reviews and blew people away (including myself) because of its ultra lightweight structure and its smooth, soft ride.

I will be honest that my expectations for this shoe were set really high. I liked the Clifton so much that Until receiving the Clifton 2 I had still been running in the original pair that were sent to me for testing.

The Clifton 2 looks almost identical to the original Clifton but it is immediately noticeable that they have upgraded the materials in the upper.

The shoe looks and feels more refined than the original. When I put the shoe on for the first time the most immediate change I notice is in the tongue of the shoe and the materials used in the upper.

It feels slightly more rigid than the Clifton. They feel lightweight and the cushioning feels soft. The shoe did gain some weight but it is really hard to notice the difference between 7.9 and 8.3 oz.

The outsole is composed of mostly exposed CMEVA foam with strategically placed harder rubber zones in the heel and forefoot areas for durability.

The exposed CMEVA on the outsole will begin to visibly break down earlier than the rest of the outsole. After putting some miles on the shoe you can see it begin to “shred” a little bit.

In my opinion this is really only a problem if you are worried about cosmetic issues. It doesn’t effect the integrity of the shoes ride and is a large part of what allows this shoe to be so lightweight.

At the same time I can see that some will criticize the shoes outsole due to durability issues.

The rockered profile of this shoe is a huge part of what makes its ride so smooth. Running in the shoe just feels effortless and I think this technology has a lot to do with it.

It allows the shoe to roll from foot strike to toe off in a very smooth manner no matter what type of foot strike. I cannot say enough about the ride of this shoe.

Just like its predecessor, it is spectacular. It provides a smooth, soft ride beyond what I have experienced in any other shoe, and I have yet to run in a shoe that impresses me more.

The Clifton 2 features a seamless upper constructed with speed frame technology. It breathes well and is made of durable material.

One of the criticisms of the original Clifton was durability and in the Clifton 2 it is clear that they have taken steps to fix that issue.

The cloth in the upper is slightly thicker but still breathes well. It also has a more rigid feel initially requiring a slight break in period before the upper reaches its maximum comfort level.

During my first run in the Clifton 2 I was slightly worried that they had somehow changed the upper too much. After a few more runs the upper loosened up and became very comfortable.

The tongue of the shoe has also been revamped. It is thicker and more plush as opposed to just a thin layer of neoprene type material used in a lot of Hoka models.

The new tongue adds to the comfort of this upper. It allows you to really dial in the tightness of the shoe when you tie it, without fear of causing irritation on the top of your foot.

Overall I would describe the fit as comfortable, breathable, and so far durable. There were no hot spots or areas of irritation on my foot while running in the shoe.

When I tested the original Clifton, some of the welded overlays started to separate from the other fabric on the upper and the shoe started to break down a little early.

It was clear that the material in the upper was ultra thin to save weight and that durability might be a concern. I think they have solved this problem with the Clifton 2.

They reinforced the uppers materials and I have not seen even a small sign of the upper breaking down.

I really enjoyed running in this shoe. The expectations I had for this shoe were high and they were met and surpassed.

The updates to this shoe compared to the original are minor but important. The bigger tongue makes the shoe more comfortable, and the one complaint I had last year about durability has been fixed.

The shoe can really be used for all types of runs and thats another one of the things that is so great about it. It provides plenty of cushion and keeps your feet happy on long runs, and is also light enough to go race a 5k in.

We thank the nice people at Hoka OneOne for sending us a pair of Clifton 2 to test. This did not influence the outcome of the review, written after running more than 50 miles in them.

Hoka One One Clifton 2 Price Comparison

Similar shoes to Hoka One One Clifton 2