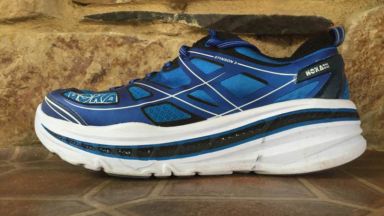 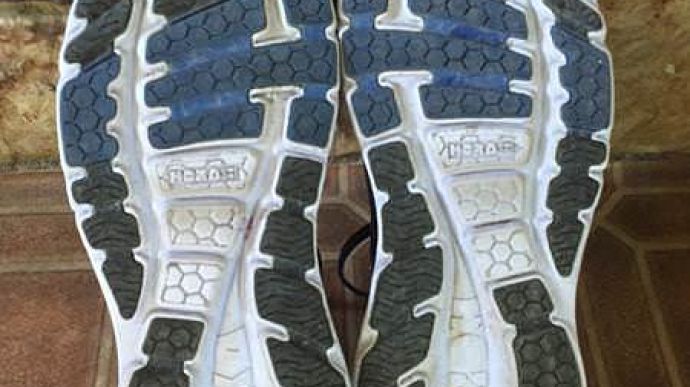 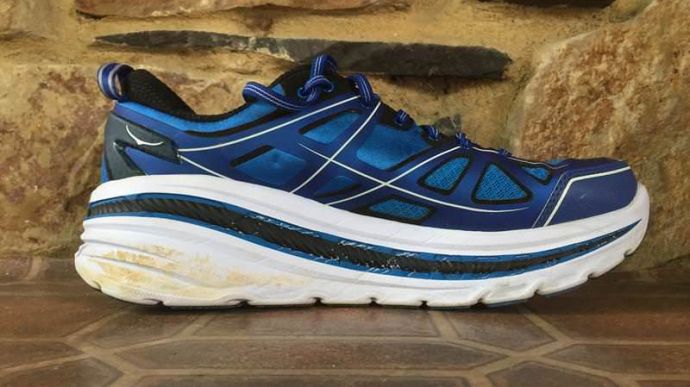 The Stinson 3 is an Ultra-sized maximum cushioning running shoe that provides a soft and stable ride. Long runs and recovery runs are where the shoe reaches its full potential.
WHERE TO BUY
LOWEST PRICE
$160
SHOE INFO
Hoka One One
Brand
Stinson 3
Model
Cushioning
Type
11.60 oz. (329 gr.)
Weight
160 US$
MSRP
WHO IS IT FOR
This shoe is for runners who like to run long distances.
Help me choose

The Stinson 3 is the 3rd major version of one of the more popular Hoka One One shoes, the Stinson. The Stinson is one of the early shoes that brought radical maximum cushioning design to the mainstream.

Hoka states that the Stinson 3 has been redesigned from the ground up for maximum cushioning on the road. The shoe has a 6mm heel to toe offset, late stage meta rocker geometry, and comes in at 11.6 oz.

The first thing I notice about the shoe is its radical oversized design. The cushioning looks very thick and just like many Hoka shoes you can spot from far away what company made them.

When I put them on for the first time they felt pretty snug in the forefoot and toe box area.

I also feel like I am standing a bit higher off the ground than I usually am when wearing running shoes, which is what I expected as the shoes are advertised as Ultra-Sized. They feel very soft when walking around.

The midsole of the shoe is made of compression-molded EVA foam that spans the entire length of the shoe. This makes for a very comfortable ride when running in the shoe.

The foam feels squishy but not squishy to the point where you can’t control the movement of your foot.

One of my fears with oversized shoes like this is that I will somehow sprain my ankle due to the stack height and softness of the foam.

I found that not to be the case with this shoe and really enjoyed the soft ride especially on longer runs and recovery runs.

The thick cushioning makes this shoe really easy on your feet and the longer I went in this shoe the more I appreciated it. It consistently made a noticeable difference in the way my feet felt post run.

I can’t confirm but my best guess by examining and running in the shoe is that this moves the rockered portion of the shoe forward more in order to activate in a later stage of your running gait.

This technology is more of a subtle feeling of rolling forward in this shoe compared to other Hoka shoes.

In the Clifton and Clifton 2 (with early stage rocker technology) it is very pronounced and you can feel the rockered profile of the shoe even when standing still. With the late stage rocker it is much less pronounced.

One of the things that surprised me about the shoe is how stable it is. Just looking at the Stinson 3 I thought I might have trouble with stability and rolling my ankles.

The cushioning is just so big and dramatic looking. I was happily surprised that the shoe is actually really stable. I think there are probably two main things that contribute to the shoes stability.

The first is that a lot of that cushion you see actually wraps around your foot. In other words, your foot sits down into the cushion more than you would think and/or can see.

The upper of this shoe is constructed with no sew speed frame technology. Which basically means it is made with soft materials and seamless construction.

Hoka has also added a very soft and plush tongue to the Stinson 3 similar to what they’ve done with the Clifton 2. It has a snug fit through your entire foot and I found it to be a little too tight in some areas.

The toe box and forefoot areas are where I noticed this tightness the most. This caused some rubbing right up against the medial side near the ball of my foot as well as my big toe.

I was expecting this to go away once I broke the shoe in more but unfortunately it did not. I switched from a standard lacing pattern to a heel-lock lacing pattern and this did pretty much eliminate the rubbing.

After I switched up the lacing, it was only when my laces began to get loose and my foot started to slide forward that I had trouble with the rubbing.

The upper when secured properly on my foot with the laces nice and tight was actually very comfortable but as my runs went on my foot would gradually slide forward and some of that comfort was lost.

I was given a size 10 to test which is my usual size but I have a feeling this shoe may run small. My guess is that a 10.5 would have provided my foot with more adequate space and eliminated the rubbing issues I had all together.

This is definitely a shoe you should try on before you buy to make sure you get the sizing right.

Despite the issues I had with the upper I really enjoyed running in this shoe and will continue to do so. The Stinson 3 provides amazing cushioning and a soft ride that is much appreciated especially on long runs and recovery runs.

The rubbing I experienced in the upper was not enough for me to want to abandon the shoe all together and is more of just an annoyance and something that I think could maybe be improved.

I think this is a great shoe to have for long runs and recovery runs. One of the downfalls is that its expensive, although you do get a lot of value for the price.

This shoe is a tank and I would not be surprised if this cushion took you well beyond the mileage of a traditional running shoe.

So in that way it’s worth the price. The only downfall is that I’m not sure it’s an all purpose running shoe. If you like to race 5k’s 10k’s or half marathon distances I’m not sure this is the shoe for you.

There are too many other more lightweight options out there that provide adequate cushioning for those distances. This shoe was built for going long distances and that’s where it shines.

We thank the nice people at Hoka OneOne for sending us a pair of Stinson 3 to test. This did not influence the outcome of the review, written after running more than 50 miles in them.

Hoka One One Stinson 3 Price Comparison

Similar shoes to Hoka One One Stinson 3