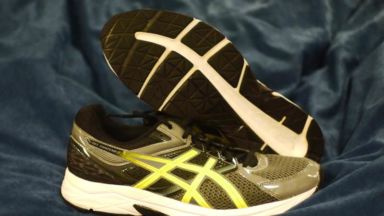 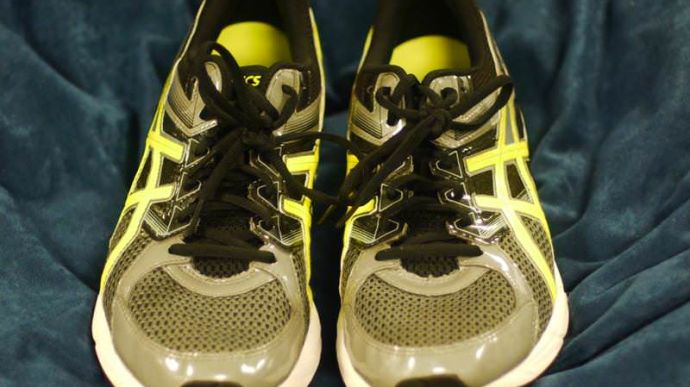 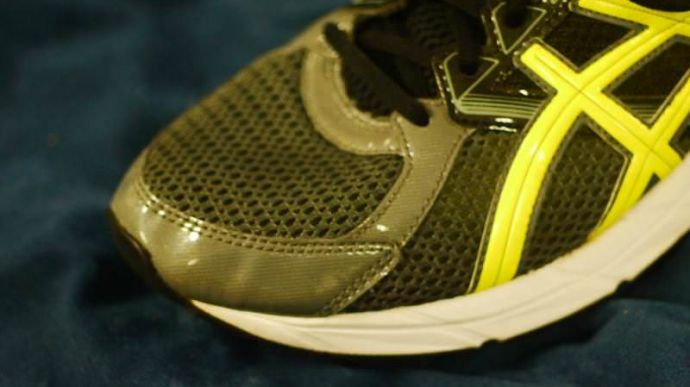 The Asics Gel Contend 3 is a budget shoe that offers a cushioned ride in an inexpensive package. This focus on cushioning makes the shoe slightly heavier than similar models, but does not take away from the overall great performance of the shoe.
WHERE TO BUY
LOWEST PRICE
$88
SHOE INFO
Asics
Brand
Gel Contend 3
Model
Cushioning
Type
10.50 oz. (298 gr.)
Weight
65.00 US$
MSRP
10 mm
Heel Drop
WHO IS IT FOR
This shoe is for a budget-conscious runner looking for a durable trainer with adequate cushioning.
Help me choose

I reviewed the Asics Gel Contend 3s alongside three other budget shoes: the New Balance 490v2s, the Adidas Duramo 7s and the Saucony Cohesion 8s.

The Asics performed well overall, but were not my favorite shoe in the group, falling behind the Saucony Cohesion 8s and the New Balance 490s.

The Asics Gel Contend 3s are still a top performing budget shoe, and I would recommend them to entry level runners.

The Ascics Gel Contend 3s are budget trainers that come from a successful line of Gel Contend shoes. What makes this shoe stand out compared to other shoes in the same market is the cushioning.

I did not notice too much cushioning going on, compared to the high end Saucony Zealots, or the Nike Lunar Trainers, but there was more cushioning in the Asics than the other budget shoes I was testing.

First time trying on these shoes and I noticed how solid the heel cup is. It’s moderately rigid, which is great if the shoes fit well since it won’t change shape on you during your runs.

However, you’ll have to put in extra effort to make it fit if your feet are too wide or narrow, so I’d recommend trying these guys on before buying. I really liked the components put into this shoe.

The Contend 3s have a durable sole, breathable mesh, strong overlays, and a stable foam sole with Gel technology. It’s rare to get all that in a shoe that costs less than an Amazon Prime membership.

However, all that durability comes with a cost: flexibility and weight. The Contend 3s are marginally heavier and feel a tad stiffer than their counterparts.

The sole on the Contend 3s is very basic, and actually is a step down in complexity compared to the previous model.

The Contend 2s had several different patterns on the sole, while the Contend 3s have essentially one “criss-cross” pattern. This simplifies the sole which makes the shoe better for road running over trail running.

The foam is basic when it comes to running shoe foam technology. The only unique part to the foam midsole is the gel inserts which help in reducing shock to the foot.

The outer sole has a few grooves across the entire bottom exposing the midsole foam below to improve the shoe’s flexibility. This is a slight change from the previous model that mostly had grooves just on the edges.

There is also a slight depression in the midsole foam underneath the heel that tapers up to the forefoot. This groove helps reduce shock in the heel, and also aids in traction under the forefoot.

Asics did a bit of extra work on their insole when they made it. They shaped it to cradle the foot, and they formed in some channels on the underside of the insole.

I think I could have done without the channels formed on the underside of the insole, since I think that’s what was causing the shoes to occasionally squeak while I walked around in them.

It never affected my running, but it just was odd to hear a new shoe squeak occasionally like that.

The upper on the Contend 3s works. What do I mean by that? It has enough breathability to keep your feet from getting too hot, and it holds your foot in the shoe moderately well.

The upper doesn’t amaze you, it just does the job; it works.

My real gripe with the upper is I think the overlays are too rigid, which becomes an issue if you’re like me and your toes sometimes brush against the toebox and rub the overlays.

This is an issue with most budget shoes since getting lightweight, close fitting and durable overlays is not something an inexpensive shoe can do. Luckily, this means the overlays are at least durable.

Asics has not changed much at all in the upper since the Contend 2s, which is a smart move on their end due to the success of the Contend 2s.

However, I think they could have improved the shoe a bit more by removing some of the overlays and going with a finer mesh. One last note on the upper is that I was happy to see the use of a reflective material on the heel.

Not many shoes in this price range even bother with reflective materials, which is something important to consider if you run after dusk or before dawn.

Want to make your running shoe budget go far? Grab these shoes. You’re not getting the lightest ride, nor the newest tech, but you are getting a reliable shoe with a well-tested heritage.

Besides my minor gripes with the squeaky insole and the slightly stiff ride, I was impressed with the overall quality and comfort in these shoes.

I would avoid recommending them to experienced runners, but I would definitely recommend them to an entry level runner that wants an inexpensive reliable shoe with decent cushioning.

Visit ShopAmazon.com
Sorry - Product not found. Please try RunningWarehouse.Com to check in their assortment.
This page contains affiliate links. As an Amazon Associate I earn from qualifying purchases.
WHERE TO BUY
LOWEST PRICE
$88