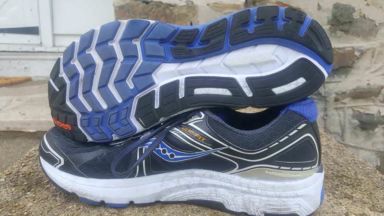 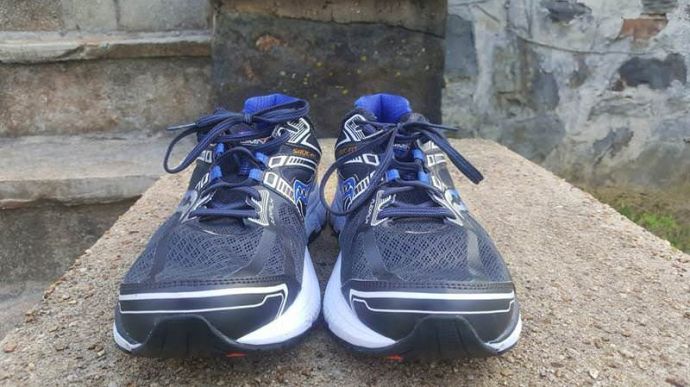 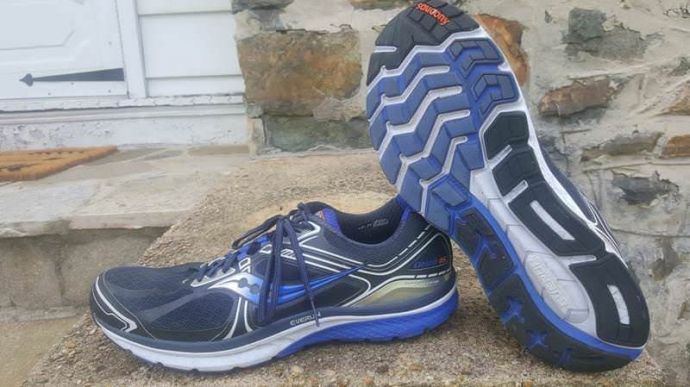 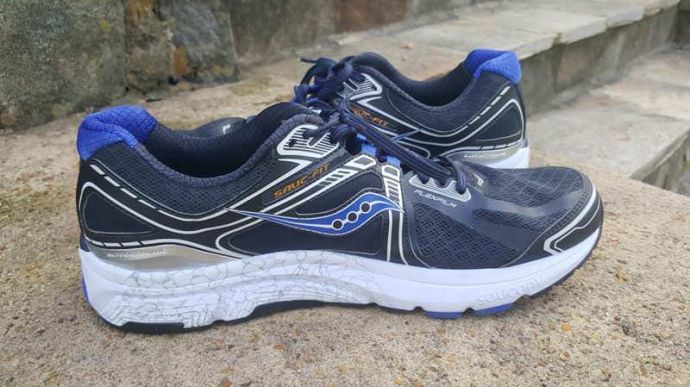 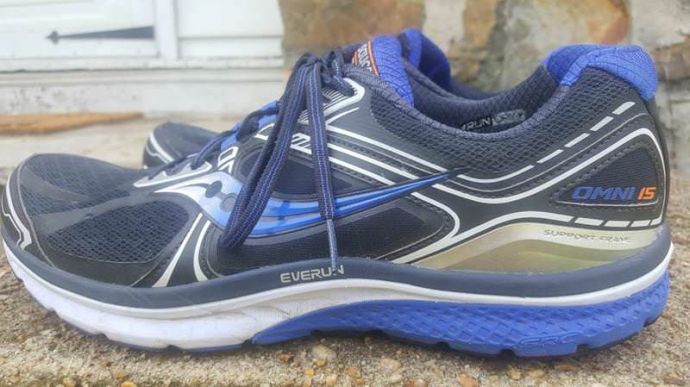 The Saucony Omni 15 is the latest and greatest in this unique line of shoes. A complete overhaul of both the upper and sole unit gives a fresh breath of air while staying true to the shoe's foundation.
WHERE TO BUY
LOWEST PRICE
$130
SHOE INFO
Saucony
Brand
Omni 15
Model
Stability
Type
10.80 oz. (306 gr.)
Weight
130 US$
MSRP
8 mm
Heel Drop
Nov / 2016
Release Date
Omni 14
Previous model
WHO IS IT FOR
This is a shoe for intermediate level runners looking for a trainer for whatever distance they may be striving for. While it isn't a fast shoe, it can still push when needed.
Help me choose

The Omni is definitely a unique shoe. It has the attributes of a mid level stability shoe, but gives a ride that pushes you forward more so than the competition.

There were significant additions and improvements to this shoe compared to last year. Some were more well received than others, but overall I was happy with how it handled during testing.

Since 1999, Saucony has been putting out this reliable model. In their robust line of stability shoes, it sits on the higher end of the type sitting between the Guide and Hurricane ISO.

If I could compare it to any other brand, I would say it sits on the same level as the Brooks Adrenaline GTS.

I definitely feel like Saucony puts more focus into marketing the Guide and Hurricaine ISO, but this is a tried and true line and isn’t going anywhere.

First impressions were positive. Color wise, it was conservative with the black but popped out just enough to give a modern look.

I was excited to see that this shoe was fitted with the new tech that Saucony is slowly implementing throughout their brand line. I was especially impressed with the upper material as the feel of it was more that of a racing shoe.

Upon my first spin in them I was very impressed with the over abundance room in the toe box. I was a little turned off by the lacing system, but It was flexible and gave a solid ride.

The Omni 15’s sole has been given a complete overhaul. It is the latest Saucony shoe to be fitted with the new Everrun system. Everrun adds an extra layer of cushioning directly below the sock liner.

This, paired with a plush, but reinforced heel pad give enhanced cushioning throughout and helps with both how you land and push off.

This works hand and hand with the Tri Flex tech on the out sole which gives a plush, yet firm feel. This give superior traction, especially in adverse weather.

The one thing that wasn’t improved in this year’s model was the medial post. Like last year’s model, it is rather large and can come off as cumbersome. This was mostly cosmetic however, as I saw no flexibility issues in this area.

For the most part, the ride is fluid and had me mostly mid foot striking. I could attack hills with ease and my longer, double digit runs were nearly effortless. Everrun and Tri Flex work together to give me both shock absorption upon landing and a bouncy return.

The moderate 8mm drop will push you forward a little more than normal. Going downhill did give me some issues and at times I felt as if I weren’t in full control because I was naturally going too far forward for the type of shoe I was in.

During my testing, I did have some soreness in my calves because of this but I was able to adapt to it and was fine towards the end.

Like the sole, the upper has had a complete overhaul while staying true to the shoe’s foundation. The first thing you’ll notice is the Flexfilm material. This replaces previous model’s plush mesh and provides a more seamless, breathable feel.

Flexfilm was first introduced in Saucony’s racing line and is being implemented across their other lines. This makes the shoe look sleeker, especially for a trainer. The seamless material is more breathable and adapts to your foot giving a great overall feel.

The toe box also has huge improvements this year. There is an incredible amount of room, and the Flex Film material allows for unparalleled movement and flexibility.

The support frame in the heel locks you into the shoe and compensates for the added room in the front. I was not pleased with what was done with the lacing system.

Like previous models, there is the Sauc Fit system, which aims to lock the mid foot into place. This was executed very well in last year’s model, but Saucony chose to use a completely different way the laces go into the shoe in this section.

The intent is to lock the midfoot in even more, but this proved to be difficult as I was either tying the shoe too tight or too loose.

At times I was afraid I was going to rip the laces out of the shoe because I was tying them so tight to try and get the right fit. I feel it would have been better executed if there were added material on the shoe itself.

This is a great stability shoe. While a little pricey, it offers a unique ride and has a huge amount of improvements over last year’s model. Trying to go fast in it proved to be somewhat difficult, but it really excelled in long, relaxed runs.

I was not a fan of the lacing system, but this is not a deal breaker. I understand the intent, but the execution of it just didn’t work.

If you are looking for something that gives the same support as the ASICS Kayano, or Brooks adrenaline GTS but are looking for a ride that pushes you a little more forward, then this is your shoe.

We thank the nice people at Saucony for sending us a pair of Omni 15 to test. This did not influence the outcome of the review, written after running more than 50 miles in them.