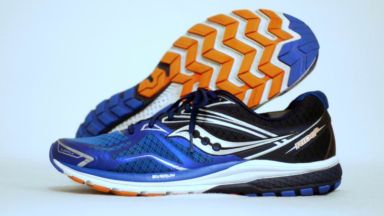 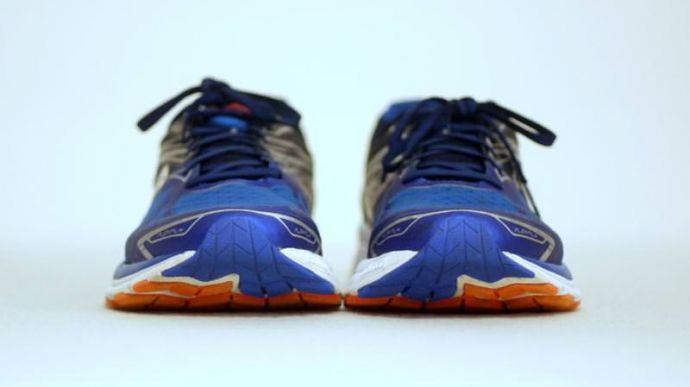 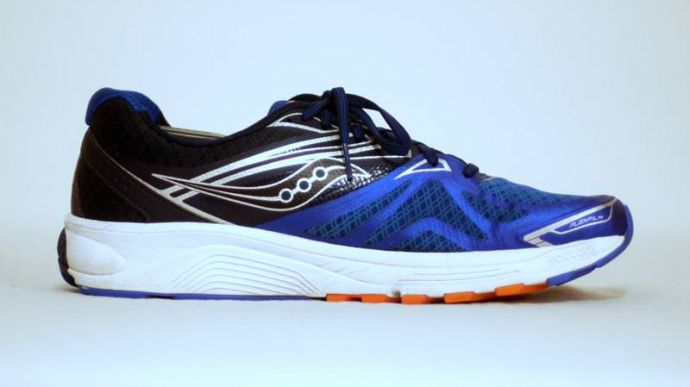 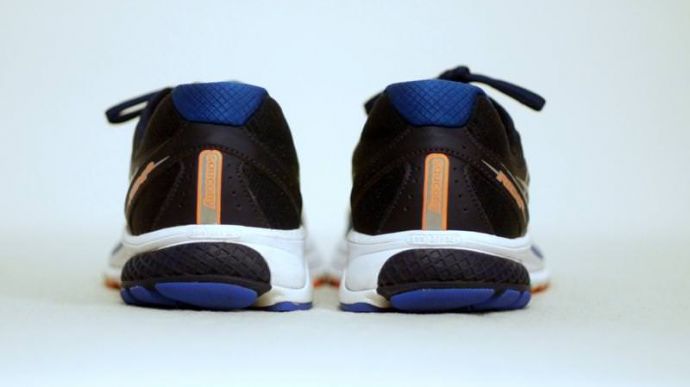 The Saucony Ride 9 continues the successful line of Ride shoes, making a few changes to the previous model to come in a smidgen lighter, while still providing a great trainer with the newest running tech.
WHERE TO BUY
LOWEST PRICE
$120
SHOE INFO
Saucony
Brand
Ride 9
Model
Cushioning
Type
9.30 oz. (264 gr.)
Weight
120 US$
MSRP
27 mm
Heel
8 mm
Heel Drop
Saucony Ride
Family
May / 2016
Release Date
Ride 8
Previous model
WHO IS IT FOR
The Saucony Ride 9 is a versatile shoe for neutral runners that want a reliable trainer with higher than average cushioning in a durable package
Help me choose

So you got this far: you know this shoe’s for a neutral runner, and that it provides cushioning in a durable package. But you’re not 100% sure you’re ready to spend the $120 MSRP to get a pair.

Just get these shoes get past 20 miles before making any final decisions, since I found the shoes started to fit better after 20 miles of breaking them in. If you need more convincing to grab this pair, keep on reading!

The Ride 9s have a 27mm heel stack height and a 19mm forefoot stack height on the shoe, which gives the shoe an 8mm drop.

Surprisingly, the stacks are 1mm taller compared to the Ride 8s, yet the Ride 9s come in 0.1 ounces lighter. I ran in the Ride 8s last year, so I was eager to feel and see the differences Saucony put into the Ride 9s.

Saucony’s special blend of carbon rubber (XT-900) and blown rubber (iBR+) are the same as used in the Ride 9s.

What’s different is the rubber layout. Saucony placed their Tri-Flex layout on the Ride 9s, which is used in many of their other shoes.

This Tri-Flex layout keeps better ground contact during the toe off, compared to the previous rubber layout. It’s a minor upgrade in traction that might only be noticeable while running trails, or while running in wet conditions.

The sole materials in the Ride 9 are pretty similar to the Ride 8s, but with one major exception. Saucony stopped using their PowerGrid foam in the midsole, and put EVERUN on the topsole.

This EVERUN material claims to have 83% energy return, and be *3x more durable than EVA foam. It does feel like a good foam, just don’t call it a miracle material.

I’d compare feel and ride of EVERUN foam to Adidas’ Boost Foam (they even look similar with their grid of white pellets).

Saucony uses SSL EVA foam in the midsole to keep the weight down while returning a decent amount of energy back in every stride.

There’s also SRC (Saucony’s “Super Rebound Compound”), which places extra cushioning near the outer rear heel to absorb more shock when you land. If you land on your forefoot, this won’t matter much to you.

Saucony ditched a few of the thicker overlays in favor of more FlexFilm, and some stronger FlexFilm near the toebox.

I’m just worried Saucony has not perfected their FlexFilm application in high stress areas yet, since I started to see FlexFilm separation near my big toe after 20 miles.

I still think FlexFilm is the winner when compared to the sewn on thicker fabric they were using before, even if it has premature separation in some cases.

The laces on the Ride 9s are slightly different than standard laces. They’re flat, and moderately stretchy. I measured and found they can expand by up to 30% in length.

This lets you keep a snug fit on your feet, even as your feet expand during the run. It also means the shoes can’t give you the super tight fit you might want before an ultra fast workout… but you shouldn’t be using these shoes for record setting workouts anyway!

The only real drawback to these laces is that they start to lose their flexibility over time and also warp in areas of high stress. The laces on my year old Ride 8s still work, they just look a little tired.

To complete the upper, Saucony has a thin diamond patterned mesh covering most of the front half of the shoe, and then a layered version of the same mesh going to the back of the shoe.

The heel of the shoe features Saucony’s RUNDRY material, which helps wick away moisture. The shoes seemed pretty breathable. Even after 50 miles of testing, they still have a hint of that “new shoe” smell.

The Saucony Ride 9 is a neutral trainer, designed to be durable and perform well while running on road and track surfaces.

With the large amount of cushioning and ample use of rubber, the Ride 9s could be considered a racing shoe for distances over 10km.

The use of EVERUN foam keeps the ride to the Ride 9s very comfortable, without feeling too padded. The few other improvements over the Ride 8s make me prefer the Ride 9s, even after considering the price difference.

I would recommend these shoes to any neutral runner that wants a responsive and long lasting shoe.

We thank the nice people at Saucony for sending us a pair of Ride 9 to test. This did not influence the outcome of the review, written after running more than 50 miles in them.