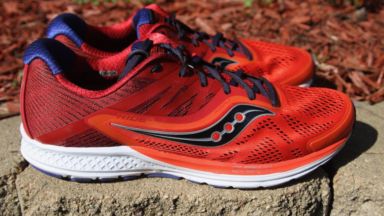 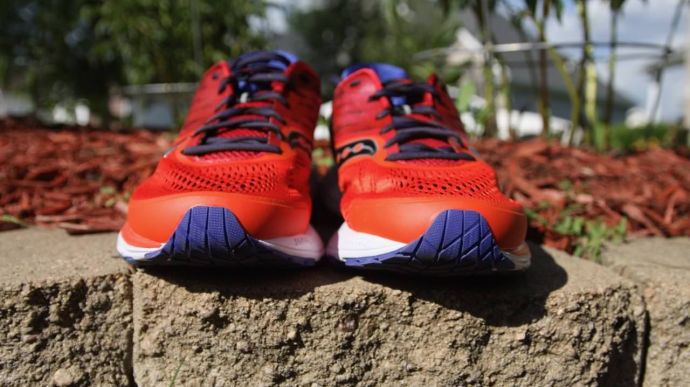 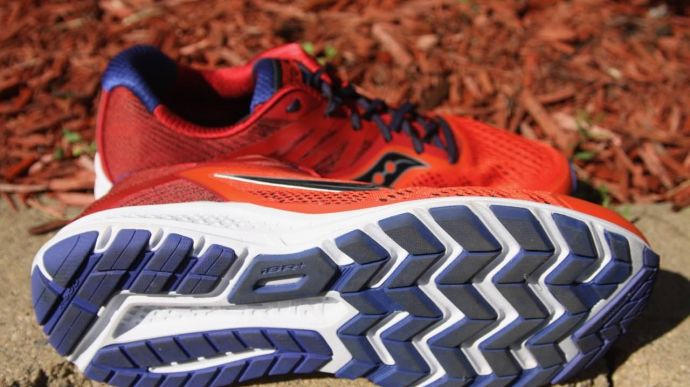 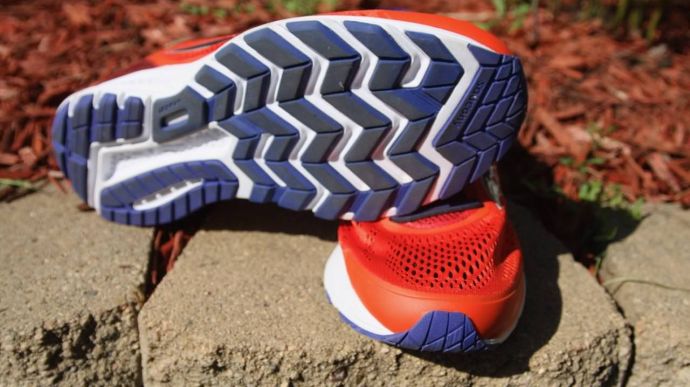 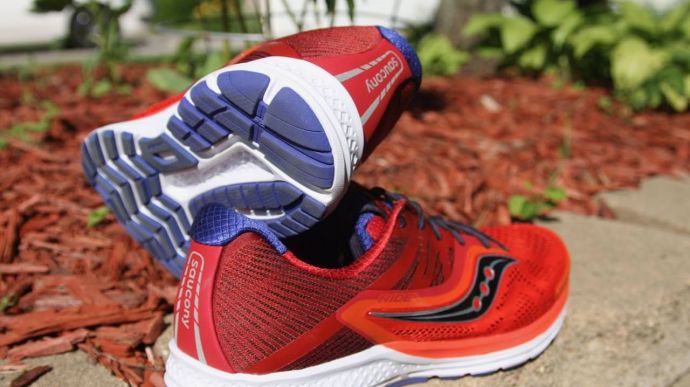 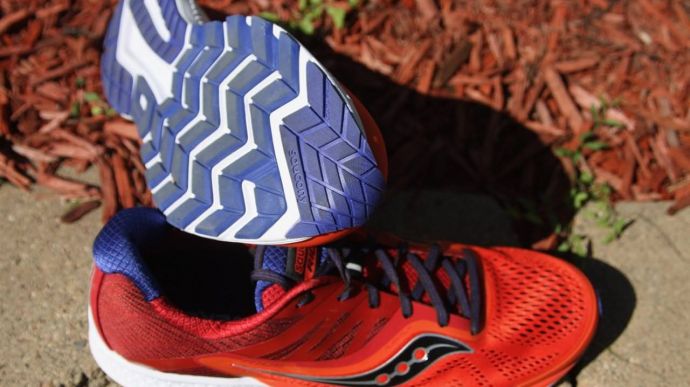 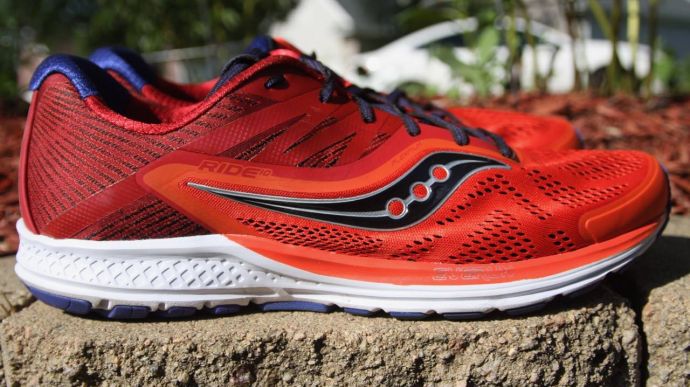 The Saucony Ride 10 is a daily neutral trainer which can log the miles you want. The lightweight offering is ready to push the pace.
WHERE TO BUY
LOWEST PRICE
$13
SHOE INFO
Saucony
Brand
Ride 10
Model
Cushioning
Type
9.80 oz. (278 gr.)
Weight
120 US$
MSRP
8 mm
Heel Drop
Saucony Ride
Family
Ride 9
Previous model
WHO IS IT FOR
This shoe is for neutral runners, and can be used by almost any runner. I would not suggest these for new, heavy-set runners.
Help me choose

The Saucony Ride 10 is a popular shoe from the brand that has received a major overhaul from Ride 9s.

This shoe was deemed the “Best Update” by Runner’s World, and after running in it, I can see why.

The cushion is responsive and can handle the distances you want to throw at them.

Saucony Ride 10 – Heel and lateral Side

The Rides are a flagship neutral trainer for the brand. Although not a maximal cushion offering, this shoe represents the full cushion level for the company and is set to compete against offerings like Brooks Ghost, Nike Pegasus, Mizuno Wave Rider and the Under Armour Speedform Gemini.

When these arrived, I loved the red and orange of the colorway. They were bright and vibrant, and there are some really cool other choices. They worked well in the “all-day” wear test.

On the first run, I did a 6-mile tempo run, and they were great for dialing up the speed.

The sole unit of these shoes has many great aspects, which add to a great ride in most conditions. However, there are some real concerns about this part of the shoe. I’ll start off with the positives.

The amount of cushion is great for almost any run. I pushed this pair up to a 14-mile run, and they held up fine with the cushioning.

Using Saucony’s new Power Foam technology, the midsole is designed to cushion your feet on each stride. The Power Foam is coupled with the company’s Everun topsole which is specifically designed for increased energy return.

These materials are all top notch and result in a great feel on the run. However, these bring me to the two negatives of this shoe.

The first is a problem I had with the only other Saucony shoe in which I ran, and that is that the insole of the shoe can slip to the side a little during longer runs.

This only happened on one of my runs, but the fact that it happened at all is concerning to me.

The other negative would be that the outsole, using Saucony’s new TRI-FLEX technology, has resulted in an outsole that lacks the grip I look for in a runner.

These shoes seemed slippery on wet surfaces, and that annoyed me during the many runs I had during testing on a rainy day. On all other surfaces, the outsole performed quite well.

Now, although it was slippery on wet surfaces, the design of the outsole contributed towards one of the most positive parts of the shoe, and that was the flexibility.

This added flexibility made these shoes incredibly responsive and helped the transition from landing to toe-off.

The upper fits to size, and is incredibly comfortable. Using seamless design, the upper has great flexibility throughout the entire stride.

The upper locks your heel in using a new woven heel piece. This piece works great, and is incredibly comfortable.

As you move into the midfoot, the cut of the upper cradles your arch and uses molded supports to lock in and make sure your heel and midfoot won’t move.

From there it splays into a wider toebox that helps your foot naturally deal with the impact of your landing.

The Saucony Ride 10 is a popular shoe, and it makes sense. There are many positives to this shoe — far more than the negatives. However, the two main negatives have made me think twice about when and where I will use these shoes during training.

Although there was the one run where the insole moved on the inside of the shoe, I do not feel it is going to be a full problem moving forward.

The conditions of the day — hot with very high humidity — made for a run where my feet gripped the insole more than on other runs. This was also only apparent after 10 miles of a 12-mile run.

The bigger issue for me will be the lack of grip from outsole. When I need to be completely aware of the weather before choosing a shoe, it makes me second guess if I should truly choose that shoe at all.

With all that said, these shoes overall were great. They were lightweight and the energy return was substantial. I was able to run track workouts, tempos, hill repeats, easy and LSD runs in them without much issue on dry days.

Due to this, I think I will keep them in the rotation for now, and especially use them for tempo runs.

We thank the nice people at Saucony for sending us a pair of Ride 10 to test. This did not influence the outcome of the review, written after running more than 50 miles in them.

Visit ShopAmazon.com
Sorry - Product not found. Please try RunningWarehouse.Com to check in their assortment.
This page contains affiliate links. As an Amazon Associate I earn from qualifying purchases.
WHERE TO BUY
LOWEST PRICE
$13