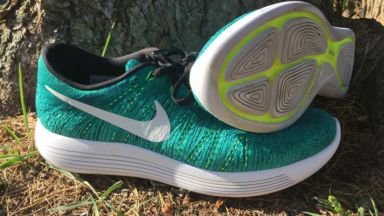 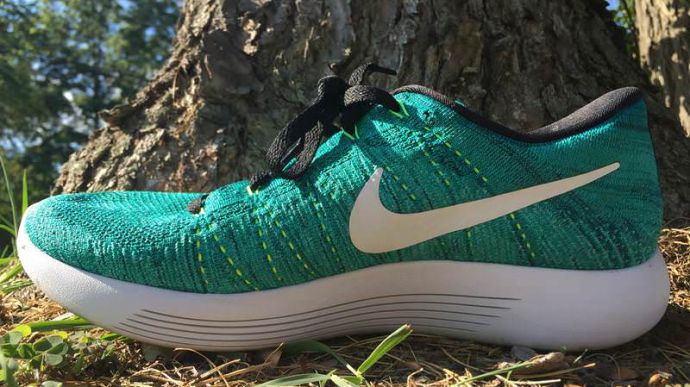 The LunarEpic has an outstanding upper but sometimes falls short when it comes to stability.
WHERE TO BUY
LOWEST PRICE
$160
SHOE INFO
Nike
Brand
LunarEpic Low Flyknit
Model
Lightweight
Type
9.10 oz. (258 gr.)
Weight
160 US$
MSRP
10 mm
Heel Drop
Sep / 2016
Release Date
WHO IS IT FOR
This is a lightweight cushioned trainer for neutral runners.
Help me choose

The Nike LunarEpic Low is a lightweight neutral trainer that features some new and innovative design features. The shoe has a flyknit upper that incorporates flywire technology as well as a laser cut midsole/outsole that’s been designed using pressure mapping technologies.

This is a shoe that’s designed to deliver superb comfort, cushion and smoothness. This shoe was also released originally as a mid with an upper that extended up the ankle rather than this low version which is a pretty standard shoe.

This was a huge gamble for Nike and from most of what I read the mid version of the shoe just did not deliver. It was pretty much universally accepted that the mid version caused blisters for most runners.

Despite the upper troubles, people were generally pleased with the ride quality. The first thing I noticed about the shoe is its unique design.

At first the shoe resembles a Nike free with extra cushioning but I immediately noticed the laser cut grooves along the side of the midsole. Once I turned the shoe over I can see that this shoe truly does have a Unique design.

On the outsole there are 5 “pods” that look like contour lines found on a topographic map. I have to admit seeing this outsole design got me very curious about what it would be like to run in this shoe.

I’ve never seen a shoe like this before. This got me very excited to try the shoe.

The cushioning is specifically designed to provide lightweight ultra plush cushioning with a springy feel. Along the sides of the midsole are 5 laser cut grooves extending across almost the entire length of the shoe.

These grooves can be found on both the outside edge and the inside edge of the midsole. Their purpose is to compress and flex upon foot strike.

Flipping the shoe over reveals the unique outsole design that’s constructed of a slightly firmer more durable material than the Lunarlon cushioning.

There are 5 separate (what I will describe as) “pods”, one in the heel, and 4 in the forefoot. These pods are basically areas of the outsole that are separated from each other and include laser cut grooves.

Again, the best way I can describe the appearance of these grooves is that they look contour lines from a topographic map.

The Idea behind these grooves is that they can flex and move with your foot to hopefully disperse the impact of your foot on the ground over the entire shoe.

The shoe provides a cushioned ride that can be slightly unstable at times. The Lunarlon cushioning provides enough cushion but I struggled to feel the benefits of this cushioning over the cushioning used in the Zoom Pegasus 33.

The idea of the laser cut outsole really does sound and even look like it makes sense. There are multiple grooves giving the shoe the ability to compress in a different way than if it were all one piece.

I understand the concept but I had trouble feeling or noticing any benefits. One problem I ended up having with this shoe is instability.

I think a large part of what contributes to this instability is that the 4 laser cut pods in the outsole are all independent from each other.

This gives them the ability to compress/flex/grip /rebound independently from one another as well.

Although this may be the goal, I found that I could actually feel them acting independently underneath my foot which made the shoe feel relatively unstable and wobbly at times.

I was still able to manage the instability and run in the shoe but it did cause me to have to be VERY cautious which is something I just don’t have to deal with in most other shoes.

The upper of this shoe is an absolute masterpiece. It was designed to be an upper that has a sock like feel and to go unnoticed on your foot. This is the whole idea behind flyknit and it’s absolutely on display with the LunarEpic.

It is made of thin knit material that with the help of Nikes flywire technology hugs your foot nice and close through the midfoot and opens up very slightly in the forefoot.

It breathes very well and includes strategically placed areas of elasticity giving it the ability to stretch where needed.

I am a huge fan of the idea that a really good upper should basically feel like it disappears from your foot while running in the shoe.

This upper accomplishes that. There are no areas where rubbing or irritation could even be possible in my opinion.
The knit material is very strong and durable and yet somehow lightweight.

Something I found interesting is that if you pick the shoe up and touch the knit material with your hands it doesn’t feel like it would be as lightweight as it is.

It is thick and has a “heavy duty” feel to it when you touch it but it’s somehow still very comfortable and exhibits all of the attributes you could ask for in an upper i.e. softness, flexibility, durability, breathability.

Overall I found this shoe to be mostly average. It’s got an amazing upper, but the ride of the shoe in general suffers from some stability issues that I generally like to avoid.

I wasn’t overly impressed with the feel of the lunarlon cushion and found that I prefer the softness and feel of the cushion used in another Nike shoe I reviewed earlier this year, the Pegasus 33.

This is really the first shoe of its kind in that it has a unique design and some innovative technology, but it just misses the mark when it comes to ride quality.

The shoe is less and less appealing when you start to consider the price. At $160.00 this shoe comes in a full $50.00 higher than the aforementioned Pegasus 33.

Although it has an awesome upper, the price is not justified in my opinion. The shoe has great potential if the outsole and midsole can be reworked to provide better stability.

It may be a good option for runners who are already fans of Nikes lunarlon cushionin.

We thank the nice people at Nike for sending us a pair of LunarEpic Low Flyknit to test. This did not influence the outcome of the review, written after running more than 50 miles in them.