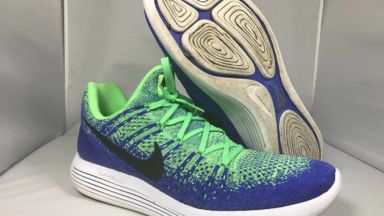 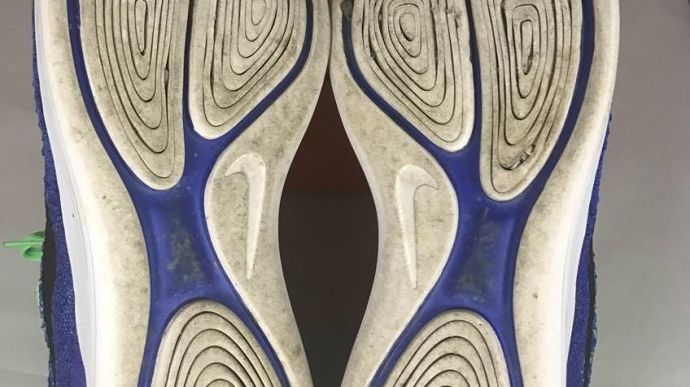 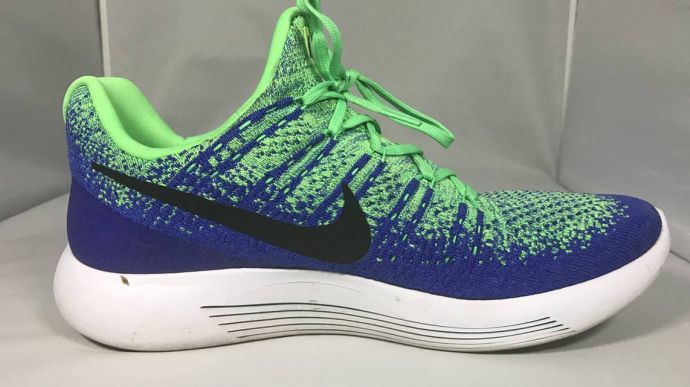 The LunarEpic Low 2 pushes in the right direction when it comes to the innovation of upper design but falls short in terms of responsiveness.
WHERE TO BUY
LOWEST PRICE
$140
SHOE INFO
Nike
Brand
LunarEpic Low Flyknit 2
Model
Cushioning
Type
8.80 oz. (249 gr.)
Weight
140 US$
MSRP
10 mm
Heel Drop
LunarEpic Low Flyknit
Previous model
WHO IS IT FOR
This shoe is for the person who wants a flashy looking sneaker that can be used to run in occasionally.
Help me choose

The first version of the Nike LunarEpic was introduced last year. The shoe was originally released as a mid, giving it an upper that not only wrapped around your foot, but your ankle as well.

When it came to running the “mid” version of the shoe ended up causing issues with rubbing and blistering. Sometime after the mid was released Nike introduced the LunarEpic Low.

The LunarEpic Low was essentially the exact same shoe except for the upper being more of the traditional flyknit style. Last year I reviewed the first version of the LunarEpic Low and found some things I liked and didn’t like.

Specifically I found that the shoe had a nice upper but lacked refinement when it came to the midsole and overall ride.

The new version seeks to take what people like from the LunarEpic mid, and LunarEpic Low and combine them into one shoe, The LunarEpic flyknit low 2.

The first thing that is noticeable about this years version of the shoe is the upper. It is now all one piece. There is no seperate tongue, or really any loose piece within the upper. The entire thing slips on like a sock.

The laces come across the top of the sock and are attached to flywire cables that are anchored to the midsole. My first impression after putting it on was slightly on the negative side.

Overall it felt comfortable but the shoe felt very loose in the heel area. Once I tied the shoes the fit was brought together by the flywire cables and the shoe ended up feeling very comfortable.

The midsole has not changed in the slightest for the new version of the LunarEpic. The only thing that has changed is a new insole that consists of a very soft and cushioned foam compared to last years standard insole.

The outsole is also identical to last years version which means you get three separate pods of rubber that include laser cut grooves resembling topography lines on a map.

The problem I have with this midsole is that it just plain feels dead. Its supposed to be Lunarlon cushioning but it exhibits none of the properties of that cushioning.

Those who are familiar with Lunarlon have come to expect lightweight midsoles that provide soft cushioning with a nice rebound.

The LunarEpic 2 has the soft part down but as soon as your foot makes impact, any energy applied toward forward momentum it dampened.

It is almost as if this shoe was designed with only impact absorption in mind, and the rebound for forward momentum was ignored. I tried very hard to like this shoe because of how much I liked the upper.

This midsole just completely eliminated any chance of me considering this a serious running shoe. It’s tolerable but if i’m honest the struggle of continuing forward momentum in this shoe is downright frustrating.

It just feels like as soon as your foot makes impact the midsole absorbs that impact and stays compressed.

I have a feeling that the “laser cut” grooves along the side of the midsole and on the outsole may actually be compromising the integrity of the Lunarlon cushioning causing it to not work as intended.

The upper of the shoe utilizes Nike Flyknit mesh and Flywire technology. Flyknit mesh is a durable mesh that is both lightweight and breathable. Surprisingly the shoes upper is drastically different from last year.

It utilizes the same materials with a brand new design. It is now all one piece made with true bootie construction.

Most shoes that use bootie construction have some pieces of material along the midfoot that run the entire length of the shoe to create a sock like seamless effect.

This upper is constructed all from one piece of material. So not only is it seamless but it truly slips onto your foot as if it were a sock. There is no tongue to be adjusted or repositioned.

It fits like a glove through the midfoot and opens up nicely in the toe area. It also provides slightly more wiggle room in the toe are due to the elasticity of the mesh materials.

In addition to being all one piece, the upper includes Flywire cable as the eyelets for the laces. The cables attach to the base of the shoe giving you a lot of control a far as locking down the fit and securing the shoe to your foot with precision.

The lacing system in this upper is what brings the whole fit together. I initially thought the heel felt too loose, but once I tied the shoe down and cinched the Flywire cables down it fit like a dream.

This upper is truly one of the most comfortable I have run in.

The soft plush materials used inside, an innovative all one piece design, Flywire lacing system, and the use of a breathable knit mesh all combine perfectly here for one of the most comfortable uppers I’ve ever experienced.

The durability of the type of mesh material used here should not be understated. I have used last years version of this shoe almost every single day for a year now and the mesh hasn’t even started to wear.

I am on my feet for 8+ hours per day and while I’m not running, I am walking and standing almost constantly. For there to be ZERO signs of wear in the mesh of the shoe is pretty impressive.

This is the same mesh used in the LunarEpic Low 2.

The LunarEpic seems to be about innovation and experimenting with new designs. This year it was all about changing the upper and they’ve really done an amazing job with that.

The problem is that there was no attention paid to the midsole and outsole which leaves this shoe lacking. I was able to run in it but it was generally not enjoyable.

It just felt like a struggle the whole time despite the highly comfortable upper. If you could take this upper and attach the midsole of the Vomero 12 that combines both Lunarlon and Air Max technologies you would have a shoe that probably couldn’t get much better.

Although I personally don’t consider this shoe useful for someone running and training daily, there is probably still a place in the market for the LunarEpic Low 2.

It has unique styling that isn’t necessarily my cup of tea but is generally pleasing to the eye.

I think that this could be a good shoe for someone who wants a nice, flashy looking sneaker to wear and also occasionally likes to run. The price of the shoe couldn’t be justified if you were only purchasing it as a running shoe.

We purchased the Nike LunarEpic Flyknit Low 2 at full retail price at our own expense. This did not influence the outcome of the review, written after running more than 50 miles in them.