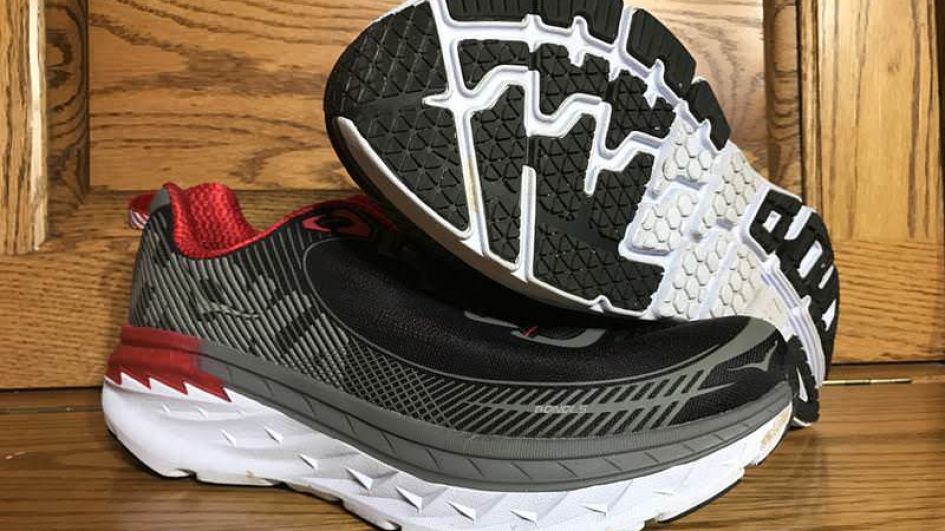 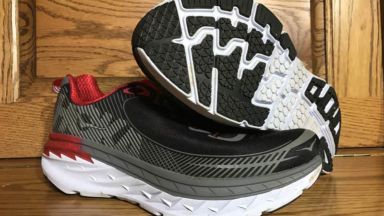 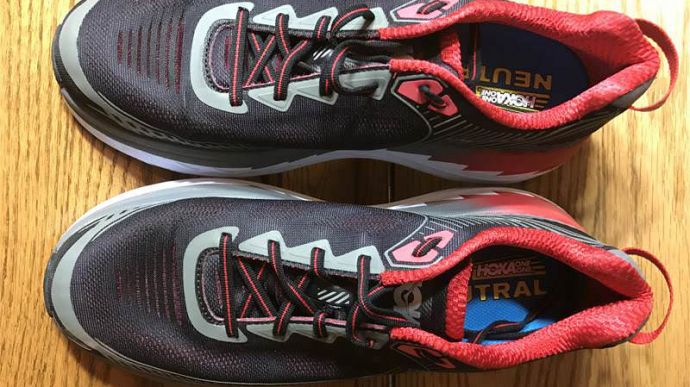 The Bondi 5 is a maximum cushioning shoe that provides a pillowy soft smooth ride. It is perfect for long runs and recovery runs.
WHERE TO BUY
LOWEST PRICE
$150
SHOE INFO
Hoka One One
Brand
Bondi 5
Model
Cushioning
Type
10 oz. (283 gr.)
Weight
150 US$
MSRP
4 mm
Heel Drop
Mar / 2017
Release Date
WHO IS IT FOR
This shoe caters to runners looking for a highly cushioned ride for any distance. Whether you’re new to max cushioning or just looking to upgrade to the newest model, the Bondi 5 is a great choice.
Help me choose

The Bondi 5 is the fifth iteration of one of Hoka One One’s very first models. It is their most cushioned shoe promising to deliver extremely soft cushioning and comfort for any distance.

The shoe features a redesigned upper comprised of engineered mesh and seamless construction. It comes in at 10 oz (US Mens size 9) and has a 4mm heel to toe drop.

The shoe is also built with early stage meta rocker technology similar to what’s used in the popular Clifton 3 and various other Hoka models.

The first thing I noticed about this shoe is the engineered mesh used in the upper. It stands out because it looks nice and is smooth and flexible. The shoe feels comfortable when I put it on for the first time.

With a stack height of 37mm in the heel and 33mm in the toe I feel taller. I can feel the thick layer of cushioning compressing as I walk around. The cushioning feels very soft.

Hoka One One Bondi 5 – Medial Side

Hoka One One Bondi 5 Sole Unit

The midsole of the Bondi 5 is comprised of very soft EVA foam that runs the whole length of the shoe. It is a very thick layer of cushioning so you do feel like you’re standing a little taller than in a conventional running shoe.

This comes with the territory with a max cushion shoe but it’s important to remember that with Hoka One One shoes, the cushioning usually looks much thicker than it is.

The way the shoes are designed is that your foot actually sits down in the cushioning quite a bit. By just looking at it you’d think it would feel like a platform shoe but a lot of that cushioning actually wraps up and around your foot.

If you are used to running in other max cushion Hoka One One shoes, you’ll be familiar with the feel of the Bondi. It is pillowy soft which makes it very comfortable to run in.

The rockered design gives the shoe a tapered shape at the heel and toe creating a very smooth heel to toe transition no matter what type of foot strike you have.

As with most max cushion shoes you will sacrifice come flexibility and responsiveness. The rockered design will however give you a smooth ride and complements the overly thick layer of cushioning very well.

Hoka One One Bondi 5 – Sole

In addition it has a wide base that compensates well for the stack height and provides stability. Most of the outsole is covered in high abrasion rubber material giving the Bondi 5 good grip and durability.

The only portion not covered in rubber is in the middle of your foot. The outsole has enough rubber on it to last just as long as its oversized cushioned midsole.

Hoka One One Bondi 5 Upper Info

The upper of the Bondi 5 was built with seamless construction out of engineered mesh. The overall fit of the upper feels similar to the clifton 3.

The only difference in the shape I could feel is that the Bondi feels like it has more room in the toe box area. It feels more true to size than the Clifton 3 did.

The new mesh material is very flexible and breathable which makes this shoes upper very comfortable. It loosely hugs the midfoot and opens up in the toe area nicely. The shoe also has a large padded tongue.

For the most part the upper is very comfortable. There was no rubbing or areas of irritation that I could identify.

When it comes to oversize max cushion shoes I often switch to a heel lock lacing technique in order to keep my foot from sliding forward in the shoe. It usually creates a very subtle difference while running that I enjoy.

I found that when switching to the heel lock technique in the Bondi 5 that the tongue actually would push up against the front of my ankle creating some discomfort.

The top of the tongue has some material on it to give it structure and I believe that this is what caused it to feel rigid at times.

This only happened with the heel lock lacing but I just wanted to mention it in case anyone is used to lacing there shoes the same way. It could also have to do with the location of the extra lacing holes in the upper.

When running in the shoe with conventional lacing the tongues feels very nice, I just don’t get that extra locked down feel that I prefer.

There is one area on the top of the shoe that started to wear quicker than I would expect. It’s on the top near the crease that’s created from your foot flexing when you run.

It wasn’t a complete breakdown of the materials but it was enough for me to notice and wonder about the durability of the mesh.

Given the thickness of the shoes midsole material and the amount of rubber on the outsole I am fairly confident that the durability of this shoe will be based almost solely on the strength of the uppers material.

That’s not to say that you still can’t put hundreds of miles on this shoe. I’ve read of people putting 500 plus miles on a shoe like the Bondi. Im not 100% confident that this mesh would last that long.

Hoka One One Bondi 5 Conclusions

Hoka One One Bondi 5 – Lateral Side

The Bondi 5 is a solid maximum cushioning shoe. It has a comfortable upper and a smooth cushy ride. Whether you’re used to max cushioned shoes or are thinking about making a switch you will be happy with the Bondi 5.

What I like about a shoe like this is that it is built to go as far as you can take it. It’s the type of shoe that doesn’t become uncomfortable and stays consistent no matter how long you’re running for.

In addition a shoe like this can completely change a runners ability to recover due to its cushioning. I can honestly notice a difference in soreness after long runs compared to a conventional running shoe.

This shoe reminds me a lot of the Clifton 3 with double the cushion. Of course that means added weight but the Bondi never felt heavy to me.

It comes in at 10oz (US size 9) which means my size 10 was probably just a little over 10oz. The rockered design and lightweight breathable mesh make this shoe feel light on your feet.

There is always going to be a trade off with a max cushioned shoe like this. You will lose some responsiveness and ground feel in exchange for a very soft smooth ride. It is a shoe that can withstand daily pounding and you can run in it for as far as you’d like.

That brings me to the point that this probably wouldn’t be your first choice to race a 5k or 10k in and the shoe comes in at a high price point.

It isn’t necessarily an all purpose shoe but depending on your style of running and training it is certainly worth the high price tag. I really like this shoe and plan on putting plenty of miles on it.

We thank the nice people at Hoka One One for sending us a pair of Bondi 5 to test. This did not influence the outcome of the review, written after running more than 50 miles in them.

Hoka One One Bondi 5 Price Comparison

Similar shoes to Hoka One One Bondi 5

Hoka One One Bondi 5 Review