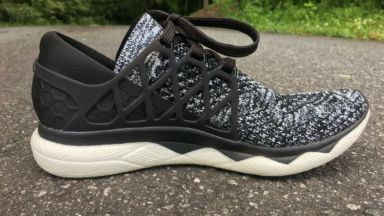 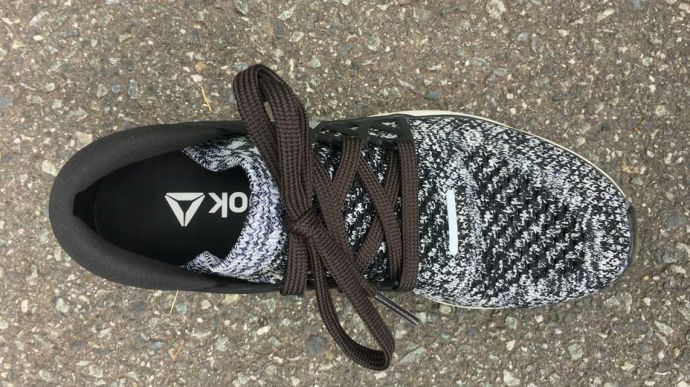 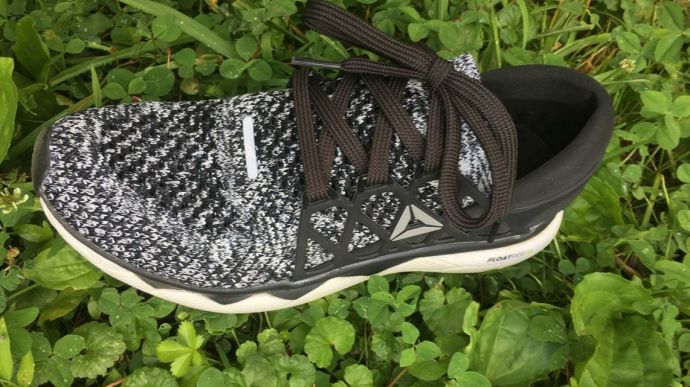 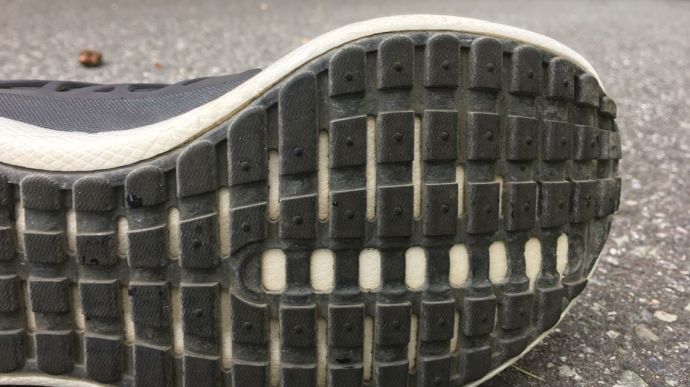 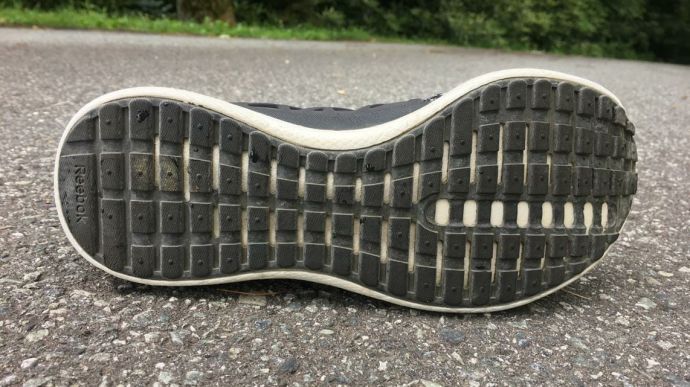 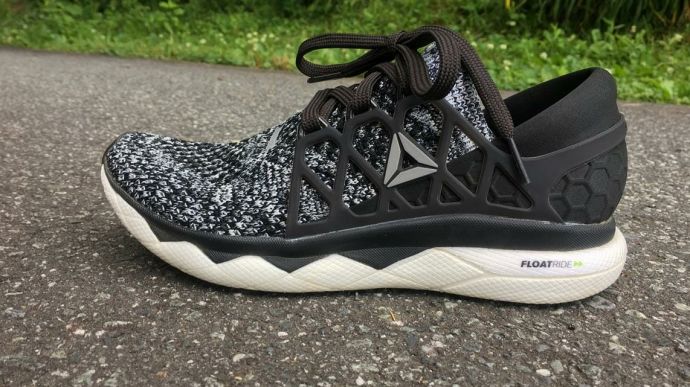 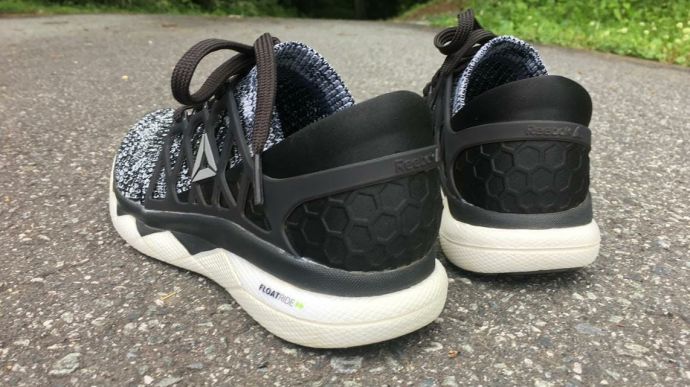 The Reebok Floatride Run ULTK is relatively unchanged from the 2017 debut model. This shoe is a reliable daily trainer for the road that is ideal for faster-paced tempos and threshold runs.

The Floatride Run 2 is designed to handle training for everything from 5k up to the marathon.

The Reebok Floatride Run ULTK is practically identical to last year’s debut model. I noticed only two apparent differences: 1) the colorway; and 2) the midfoot feels even more narrow than before.

The first thing I noticed in putting the Floatride Run ULTK on my feet was the tightness around the midfoot and the firmness of the arch — neither of these were so distinct in the original version of the shoe.

Certainly not the most comfortable introduction, but I didn’t feel any discomfort related to the narrow midfoot when running.

The Reebok Floatride Run ULTK is designed for long and quick runs on the road. Weighing in at 7oz for the women’s model and 8oz for men, this shoe will not weigh you down.

I tested the Floatride Run on the road and crushed-gravel natural surface trails. The shoe is designed for pavement and does not transition well to other surfaces, limiting your routes to the road or sidewalk.

This shoe is nimble and quick off the ground, but the excessive flexibility of the upper does not provide much control when rounding a corner or changing directions.

The Floatride is moderately cushioned and somewhat stiff — not the ideal shoe for recovery days as it gives very little back when your legs are tired.

I appreciate the lightweight performance-driven design of the Floatride Run ULTK however, the price point is exceptionally high given some the nuanced features that actually end up limiting the performance capability of this shoe.

The layer of EVA foam beneath the insole of the shoe provides a firm platform for your foot. This stiffness is balanced by the soft, flexible Floatride Foam substrate under the EVA .

The result is a responsive, but not particularly soft ride. In fact, shoe’s stiffness around the arch and midfoot felt quite uncomfortable when I first put it on, but is not noticeable when running.

The most impressive characteristic of the midsole is how incredibly lightweight it is. The Floatride achieves a feather-like feel without sacrificing durability — a feat few running shoes have accomplished.

The high-abrasion rippled rubber outsole of the shoe overlays the midsole in a grid pattern that provides durability and a high level traction while keeping the weight of the shoe low.

Other shoe models, like the Kinvara, leave much more of the sole exposed in an effort to reduce the weight. Yet, they sacrifice longevity.

I give the Floatride outsole high marks for striking the perfect balance between durability and minimal weight.

The Floatride upper is where things get weird. Three components comprise the upper of this shoe: a sock-like knit forefoot unit, an external plastic frame for laces, and a 3D molded heel cup.

First, let’s discuss the details of the knit forefoot upper. Reebok is not the first company to introduce a sock-like upper. In fact, they’re kind of late to the game. (Nike has been doing this for years with the Flyknit).

But, the Floatride does offer a distinctly different approach by only utilizing the knit fabric over the forefoot of the shoe. The one-piece ultraknit fabric is designed to provide maximum, breathable flexibility.

It accomplishes this design goal too well. The knit upper has so much give, that nearly all control is lost when turning corner or quickly changing directions on a run.

When turning, the sole unit provides ample traction in gripping the road, but the overly-flexible knit upper didn’t hold my foot securely to the shoe.

The result was that my foot would slide across the midsole of the shoe, stretching the upper, while the sole stayed firmly in place on the ground.

This loss of control was amplified with speed. Running in a relatively straight line was fine, but changing direction required slowing down.

At midfoot, the knit fabric over the forefoot clumsily transitions into a 3D molded heel cup.

The sock-like knit piece overlaps with the heel cup in the middle of the shoe resulting in a very narrow midfoot channel with a higher arch than most neutral shoes. This shoe is a no-go for wide feet.

I have relatively narrow feet, and even I experienced some discomfort at midfoot where the knitted upper transitions to the heel cradle. The heel cup is much stiffer than the forefoot upper, but still has plenty of give to it.

The material covering the heel counter is smooth and does not rub. However, the wide shape of the heel cup does not hug the achilles enough to prevent slippage.

One of the best methods for addressing heel slip in a shoe is to change the lacing to what is often called the runner’s lace or heel lock.

Unfortunately, there are no additional lacing holes on the Floatride Run to provide recourse for addressing heel slip. Given the idiosyncrasies of the upper, extra holes for lacing would be beneficial for customizing the fit of the shoe.

But that is not the case with the Floatride Run ULTK, which only employs six holes for the laces. The lacing mechanism is quite unique. A lightweight plastic exoskeleton frame provides the structure for the laces.

This feature may add a style factor to the shoe, but it also acts as a cage around the midfoot that limits natural movement.

Despite these downfalls of the Floatride lacing system, I really appreciate that the laces stop just before the toes.

This is all the lacing needed to hold a shoe on your foot, and I wish more companies stopped lacing all way over the metatarsal heads. I commend Reebok for not being afraid to lace less.

The Floatride Run ULTK is one of several shoes in Reebok’s lineup that is attempting to redefine the brand as a legitimate contender in performance running shoes.

The Floatride Run is a good attempt at this, but could use several improvements to really achieve top notch status.

Although I prefer a shoe with greater versatility, I have come to enjoy running fast in the Floatrides on flat, paved surfaces.

If you’re interested in a second opinion on the Reebok Floatride Run, consider reading last year’s RSG review of the debut model.

The Floatride Run ULTK carries over 99.9% of the same features from the original, so this review is worth a read if you’re considering purchasing this shoe.

We purchased a pair of Reebok Floatride Run ULTK from runningwarehouse using our own money. This did not influence the outcome of this review, written after running more than 50 miles in them.

Visit ShopAmazon.com
Sorry - Product not found. Please try RunningWarehouse.Com to check in their assortment.
This page contains affiliate links. As an Amazon Associate I earn from qualifying purchases.
WHERE TO BUY
LOWEST PRICE
$71
AVAILABLE ON SALE:Previous model $27