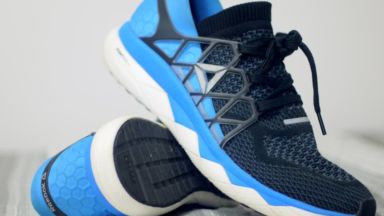 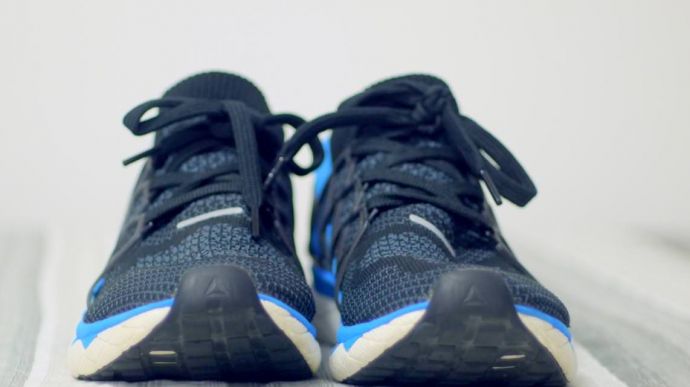 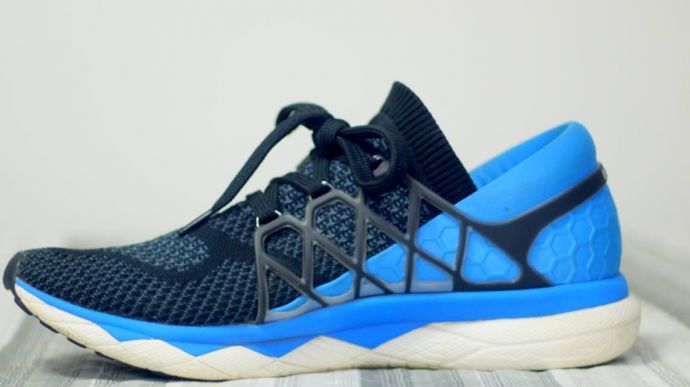 The Reebok Floatride Run is a neutral daily trainer that introduces unique design choices into a lightweight assembly that offers runners a comfortable and secure ride.
WHERE TO BUY
LOWEST PRICE
$27
SHOE INFO
Reebok
Brand
Floatride Run
Model
Cushioning
Type
8.20 oz. (232 gr.)
Weight
150 US$
MSRP
8 mm
Heel Drop
WHO IS IT FOR
This shoe is good for both entry level runners and experienced runners who do not need too much support and want a breathable lightweight shoe. The price point might dissuade more casual runners from selecting the shoe.
Help me choose

The Floatride Run shoes feature an 8mm drop in a cushioned shoe that’s surprisingly light at 8.2 ounces. They’re designed for daily training and have a unique fit.

If you’re interested in other knitted upper shoes with a comfortable sole, you might want to check out the Adidas Ultra Boost shoes with Primeknit and Boost Foam.

If you’re looking for another speedy lightweight shoe with the same strong upper, you should check out the Skechers GOmeb Razor.

Otherwise, if the look of the Floatride Run caught your attention and you really like the idea of having a cushioned shoe that will not slow you down, keep on reading!

Reebok is tossing a new running shoe into the competitive market of daily trainers, and they’re hoping to set up a new foundation for their running shoes.

They don’t already have a lineup of various types of running shoes to blend this model into, which really makes this a fresh start to running shoes.

Reebok is also coming out with a few other running shoes if you want to see what else is in this new lineup of daily trainers: the OSR Sweet Road and Harmony Road shoes.

Since there’s nothing holding Reebok to old standards, they can try some pretty wild ideas in this shoe. The upper is a blend of two ‘fabrics’ that meet near the heel, and the shoe is kept stable with a plastic grid.

Tsole is a wavy patch of two foams that are placed on top of a solid outsole. These shoes felt unique when I first put them on (and even the box they came in was a little unique since it had a wavy pattern to it).

What stuck out to me after my first run was how the shoe felt like it was trying to use as little material as possible to guide your foot onto the lightweight bouncy foam.

I wasn’t used to so many new feelings in a shoe, so I spent the 50 miles of testing in this shoe exploring every one of them.

The sole is a wavy mix of Floatride Foam (the white part), and standard EVA foam (the colorful part).

It seems like Reebok picked a zig-zag triangular boundary of EVA and Floatride near the toe and midsole to make the shoe flex better during your stride.

There’s enough flex for most runners, and I would say the midsole is slightly stiff when comparing it to shoes in the same weight class.

This was a smart move by Reebok, since the standard EVA layer of foam on the top of the sole is quite stiff and needs a little prodding to make it bend.

This makes it a good material choice for supporting your feet around the edges of the shoe, but means it needs some help where it needs to bend.

I feel like it’s squisher than EVERUN foam from Saucony, Boost Foam from Adidas, and maybe even squishier than Lunarlon foam from Nike.

I guess that’s what happens when you make a foam 50% lighter than standard EVA foam.

If you’re curious how this Floatride foam actually feels, think of some packaging peanuts, and now imagine that they’re a tad more resistant and don’t permanently deform if you squeeze them too hard.

You should hopefully have in your mind a foam that’s super light, squishy, and feels like it needs to pair with a stronger foam to be used in a shoe.

I would say running in this shoe resembles floating a little more than the floating feeling that Asics GEL-Nimbus shoes are supposed to provide.

Beneath all this foam is a curiously simple outsole. It’s a continuous patch of rubber that was formed into a grid with a few slits that expose the Floatride foam beneath.

This type of outsole says “RUN ON THE ROADS WITH ME!” and probably prefers to stay off the trail or track. Since the Floatride shoes are light, I was puzzled why they went with a full length rubber outsole.

They could have exposed areas of the foam to reduce some weight at a small durability cost, similar to what Skechers does with their GOmeb line, or what Saucony does with their Kinvara line.

I suspect Reebok had to cover up the foam since it’s not too durable under abrasive wear. Overall, the sole feels good and I think Reebok can really hold their own against other shoe companies with this outsole design.

Cool looks should get Reebok some points. I mean, what other big shoe manufactures out there are blending together a knitted upper with a 3D formed heel counter and wrapping it in a loose plastic cage?

Nobody! That’s because doing all this is pretty risky. Let’s dive into the 3 main parts of the upper.

The toebox to the midsole is made out of a knitted material (Reebok calls it Ultraknit, probably because all the other shoe companies called their knit something cool, like Nike’s Flyknit, Skechers’ GOknit, and Adidas’ Primeknit).

This knitted pattern allows Reebok to vary the strength, design, and breathability in the upper to match what is needed around the foot.

Rather than make the whole shoe out of this flexible knitted material (like all the other shoe companies), Reebok decided halfway up the foot to switch over to something else.

That something else is their 3D heel cradle, which reminds me of Under Armour’s Speedform line of shoes. A 3D heel cradle like this helps the shoe keep a shape without adding too much else to the upper, and lets you put in some fun designs.

Because hexagons are fun. In addition to the hexagon pattern, Reebok puffed up the top of the heel to ensure it stayed comfortable on your long runs. I experienced no blistering.

If you’re reading this review from top to bottom, you should be feeling a little concerned right around here. I gave the shoes a 7/10, but haven’t really complained much yet.

That’s because almost all of my complaints come from the combination of all the materials in the upper with the plastic overlays.

Reebok has to take a second pass at designing how these upper materials combine.

It doesn’t flex like the durable fabric overlays found in the Freedom ISO shoes from Saucony. It’s a little stiff for my liking.

What makes it worse is that the laces have almost zero give to them, meaning that the shoe will not flex or expand around the midsole during your stride.

You’re buckled in and a fit that’s too tight will hurt. This isn’t an endgame for the shoe, since you can find a middle ground in stiffness.

And, It’s nice to see a plastic overlay be as minimal as possible (unlike the Adidas Ultra Boost shoes that hold in sweat beneath the plastic bands).

My other big complaint is how Reebok got “creative” by blending the knitted upper in the front into the 3D heel counter of the rear of the shoe.

They basically did a crossfade between both, and your midfoot feels the angled transitions. It didn’t give me any blisters, but something about it felt off.

Especially the area where the knitted upper ends and stitches into the midsole. It feels like you have a sock partially pulled up your foot, but it didn’t go over your heel.

This is something you’ll need to get used to if you buy this pair of shoes. You’ll also have to get used to pulling the knitted upper back up your foot, since it collapses and rolls inward when you slide your feet in.

Since there’s no tongue, you have to pull up on the knitted upper evenly to give your foot an opening to slip into the shoes.

I didn’t get to take these shoes into the hundreds of miles of wear, but I suspect the knitted upper will start to loosen like the cuffs of an old sweater, and you’ll eventually have some floppy fabric around the top of your feet.

I can’t recommend this shoe to very serious runners since I feel like they’ll be weirded out by all the odd design choices used by Reebok.

I also can’t recommend this shoe to very new runners since it has a relatively high price point.

However, this shoe is a decent lightweight trainer with some features you can probably get used to, so I feel like any experienced runner attracted to the lightweight construction, soft ride, and unique look should consider these shoes.

We thank the nice people at Reebok for sending us a pair of Floatride Run to test. This did not influence the outcome of the review, written after running more than 50 miles in them.

Visit ShopAmazon.com
This page contains affiliate links. As an Amazon Associate I earn from qualifying purchases.
WHERE TO BUY
LOWEST PRICE
$27