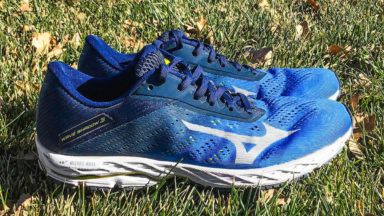 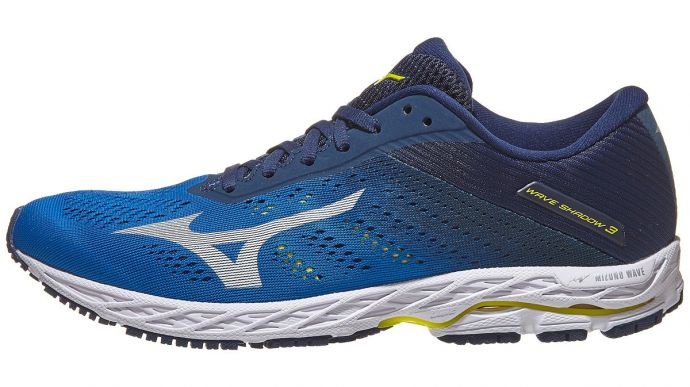 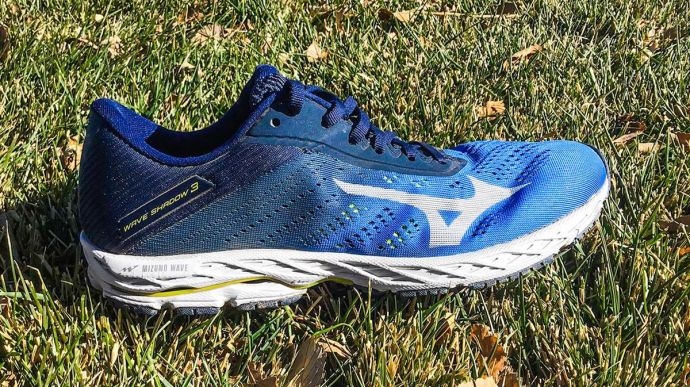 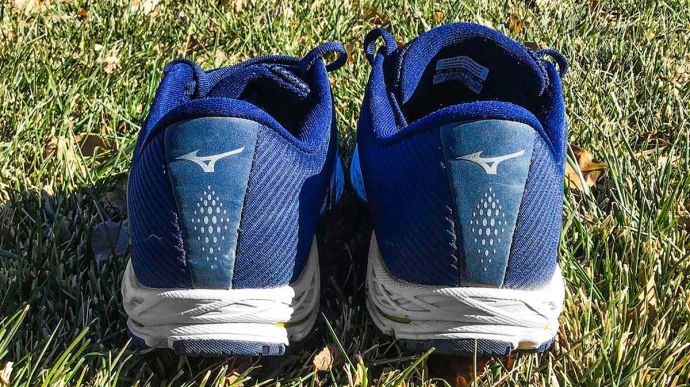 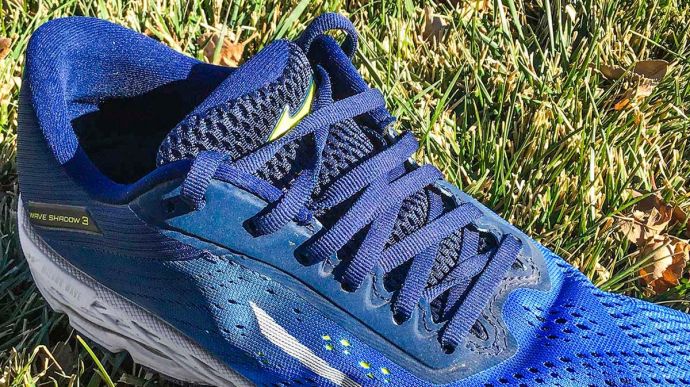 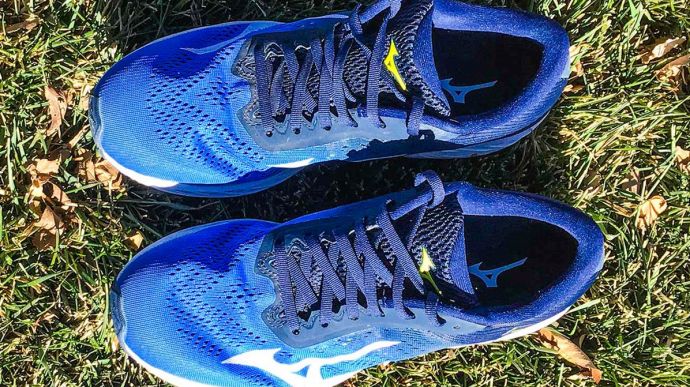 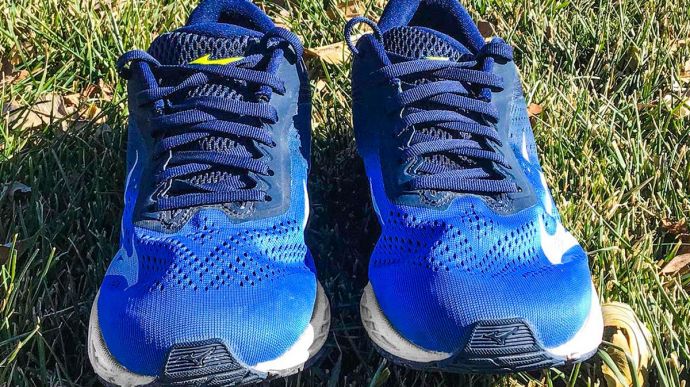 The Shadow 3 has shed many of the quirks that have held it back. The shoe has now developed into a go to choice for for uptempo sessions or road racing.
WHERE TO BUY
LOWEST PRICE
$74
SHOE INFO
Mizuno
Brand
Wave Shadow 3
Model
Lightweight
Type
8.2 oz. (232 gr.)
Weight
110 US$
MSRP
8 mm
Heel Drop
Wave Shadow
Previous model
WHO IS IT FOR
The Wave Shadow 3 is best suited to any runner who is looking for a lightweight neutral trainer for mid to moderate uptempo running sessions.
Help me choose

The Shadow 3 falls on the lighter end of Mizuno’s lineup. Designed as a neutral light trainer that is a nice cross between the now departed Sayonara and Hitogami.

The Shadow 3 has the same U4ic and U4icx midsole blend as the V2 which keeps it snappy and built for speed.

The mid foot overlays have been replaced with a smoother AirMesh Dynamotion fit upper that seems to resolve fit issues with its predecessors.

The Shadow looks to compete with other lightweight speed focused trainers like the Kinvara, Adizero Boston, and Fresh Foam Zante Pursuit.

Unboxing the Shadow 3 for the first time the look of the shoe is more refined with a sleek, low, and fast appearance.

The shoe was light in my hands with a lot of flex. Once on the firmness of the shoe was very noticeable but so was my connection with the ground.

My first run in the shoe changed some apprehension as I found a snappy rear to forefoot transition that came alive the faster that I ran. The upper of the shoe was light and airy and felt snug but not uncomfortable.

The sole of the Wave shadow3 appears to not have changed from the 2 utilizing the same midsole blend of U4ic and U4icX foams. This midsole continues to offer a much firmer and stiffer ride.

This firm ride coupled with its lower stance really helped me feel connected to whatever surface I was running on.

My heightened proprioception not only made me feel that I had greater efficiency but also made running at a faster pace easier and more fluid.

However, this stiff ride I also felt could be unforgiving limiting my runs to about 10 miles, give or take, before feeling fatigued or beat up.

The wave plate is not as pronounced, but still gives the Shadow a springy transition that was better at faster paces or tempo runs.

When running at slower paces the Shadow’s responsiveness is mediocre and the transition is awkward. The wave plate also provides just a hint of lateral stability to the shoe without limiting its forward roll.

While I am not sure if this is by design or just a lucky byproduct it certainly could make the Shadow a bit more appealing to runners wanting some stability in a lightweight uptempo trainer.

A robust X10 rubber outsole continues to finish off the sole unit. There seems to be very little change in this area of the shoe from the first version, and rightfully so.

It provides excellent traction especially in wet conditions and so far is showing almost no signs of wear.

The biggest evolution of the Shadow 3 is the upper. In keeping pace with the market Mizuno has gone with a one piece seamless AirMesh.

This material was lightweight, highly breathable, and conformed well to my feet but did not seem very adaptable through the forefoot.

This area of the shoe had adequate volume which served my moderately wide feet well with a snug fit, but may be too snug for a larger volume foot. Mizuno has also incorporated its DYNAMOTION FIT into the Shadow 3.

Broken down this is a set of heat bonded flex eyelets tied into a heavier flex mesh that extended into the generously padded heel of the shoe.

A internal polyurethane strap is also incorporated into the mid foot for additional lockdown. By design it is supposed to provide natural lock down of the heel and mid foot.

This system certainly eliminated any bulky overlays which not only streamlines the appearance of the shoe, but reduced weight.

I found the fit to be adaptable and provided nice lockdown especially in the heel. I did not experience any bunching, pulling, or sliding which some runners have complained of in the past.

The fit is certainly more snug but felt great when running tempo or speed workouts.

The Shadow 3 is a FIRM shoe with a snappy ride. While its firm nature doesn’t make it the best shoe as a daily trainer it certainly has its place.

I really like the additional cushioning of the Shadow that makes it much more forgiving shoe than a racing flat for longer speed sessions, fartleks, or tempo runs.

On that note those who may be looking to try and transition to a more minimal shoe or racing flat this would be a great shoe to start with.

Optimally the Shadow 3 is a sound choice as a middle distance to half marathon training and race day shoe especially for those looking to PR or improve speed.

We purchased a pair of Mizuno Wave Shadow 3 from runningwarehouse using our own money. This did not influence the outcome of this review, written after running more than 50 miles in them.

Visit ShopAmazon.com
This page contains affiliate links. As an Amazon Associate I earn from qualifying purchases.
WHERE TO BUY
LOWEST PRICE
$74
AVAILABLE ON SALE:Previous model $74