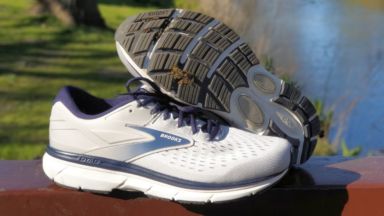 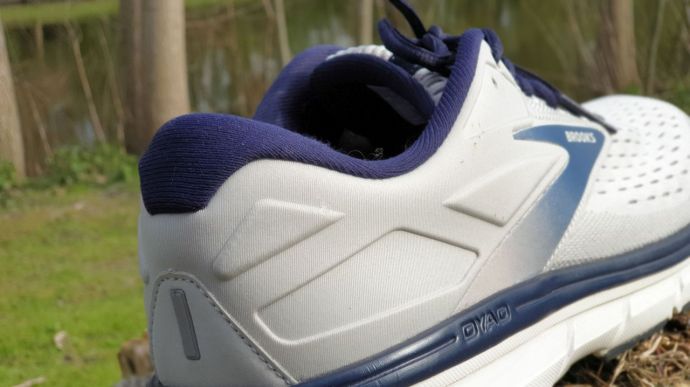 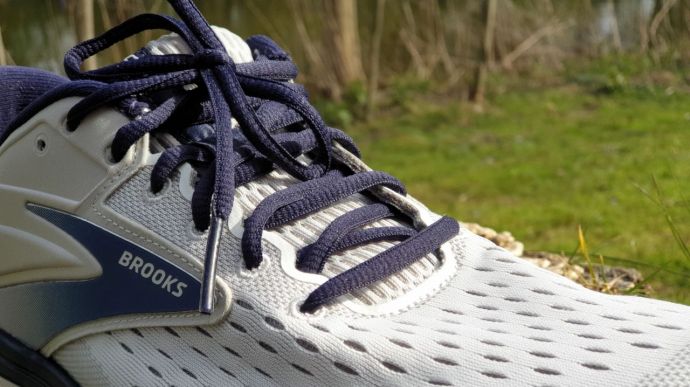 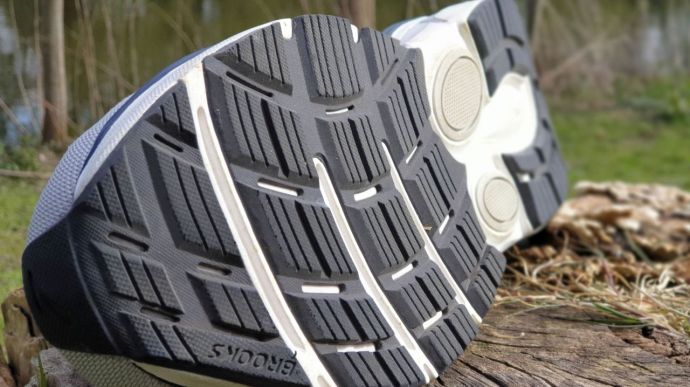 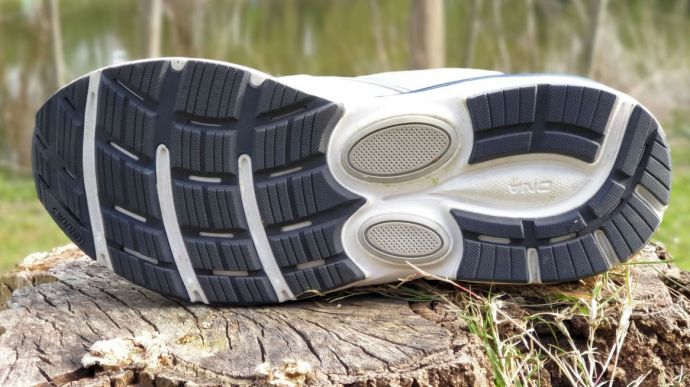 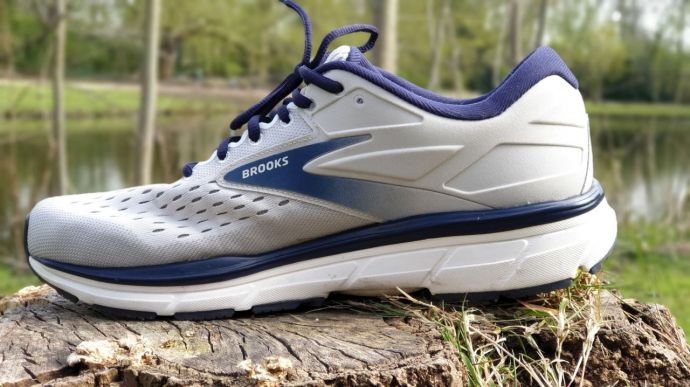 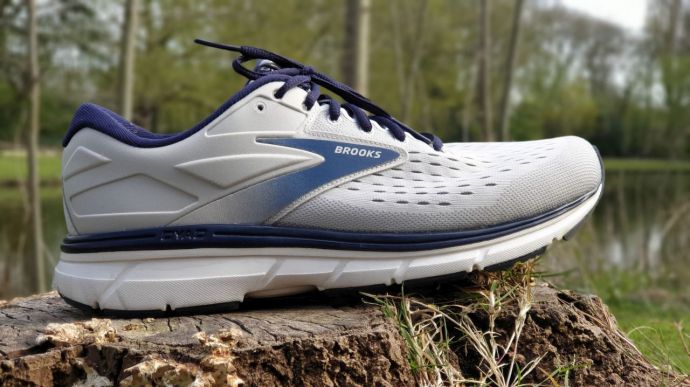 Brooks did well in making the Dyad 11 NOT look like a shoe for flat footed runners. It is a very comfortable shoe both for running and for walking/standing up. The cushioning is - surprisingly - quite hard, but since the Dyad 11 is meant to be worn with custom orthotics you can make up for that by choosing an insole with some cushioning to it.
WHERE TO BUY
LOWEST PRICE
$129
SHOE INFO
Brooks
Brand
Dyad 11
Model
Stability
Type
11.6 oz. (329 gr.)
Weight
130 US$
MSRP
10 mm
Heel Drop
WHO IS IT FOR
Runners with flat foot, to use with or without custom orthotics.
Help me choose

Brooks knows a thing or two about stability, and if that is what you are interested in, you can find other great stability shoes from Brooks such as the Adrenaline GTS and the Transcend.

The idea with the Dyad is to have a shoe that does not have the usual stability solution (medial posting), but that has a flat insole and straight last that allows the use of custom orthotics. So if you have insoles designed by your podiatrist, or if you purchased a brand new pair of insoles for flat footed runners, they will fit easily and perfectly in the Dyad, without going against what the shoe is designed to do.

I think the Dyad 11 is a great looking shoe. It’s only available in grey or black, but it looks quite understated for a running shoe and I have worn it many times just as a casual shoe.

It’s not particularly heavy but it is not a lightweight shoe either. It feels quite sturdy and not-flexible in your hands.

Once worn, my flat foot felt right at ease. The insole is really flat and the engineered mesh at the upper is comfortable without being unnecessarily flimsy. The heel has a fantastically hard heel counter and my ankles loved it at fist “try”.

But how does it perform on the road ?

The sole unit of the Brooks Dyad 11 aims at providing stability without explicitly declaring it or even sporting some of the most traditional stability solutions such as a medial post (harder foam under the mid foot) or a plastic shank.

Instead of a shank or dual density post, we find two odd-looking pods.

Their function is to add extra stability in the mid foot during the step – and I am a big fan of this kind of solution. I always run better in a shoe with a wider sole because it can help correct some of my mis-steps.

The outsole otherwise is quite conventional with a decoupled heel and decent flex grooves in the toe area. The rubber does its job competently but nothing really to write home about.

The midsole is a mix between Brooks’ Cushole and BioMoGo DNA. And this is my only really issue with the shoe. While other Brooks shoes excel in cushioning – for example the Ghost and the Glycerin… I found the cushioning in the Dyad to be just “meh”.

It’s not a soft shoe and it’s not a responsive shoe… it’s just bland. I will test it with more cushioned insoles and report back.
Maybe I’m too used in running with the Gaviota…

I love the upper of the Dyad 11 and for more than one reason. I think it’s easier to list them in bullet points.

The upper of the Dyad is one of my favorite in recent memory, for sure.

The short version is: I am a fan.

The longer version is not as easy. the Dyad 11 has a geometry that works perfectly for me: the sole is wide stable on the foot landing; the insole is flat and does not rub my midfoot the wrong way; the heel is probably the best executed heel I have ever run in; the rest of the upper is comfortable but stable, breathable but not flimsy.

What is there not to like? The midsole material. It is ok, but not great. I could definitely use more cushioning in this shoe. As I mentioned earlier – the cushioning is ok if not a little “flat”. I am definitely investing in a couple of cushioned insoles to see if it changes my perception (and I’ll update this review when done), but for now I am starting to log more and more miles in the Dyad 11, seeing if it stands longer distances than what I’ve run so far.

Would I recommend these shoes? Yes, to a flat footed runner I would definitely recommend them. It is not going to be as soft as a Hoka One One Gaviota but if you are not too bothered and don’t need your cushioning to be plush, give the Dyad 11 a try.

We purchased a pair of Brooks Dyad 11 with our own money from runningwarehouse. This did not influence the review, written after running at least 50 miles in the shoes.

Visit ShopRunningWarehouse.Com
This page contains affiliate links. As an Amazon Associate I earn from qualifying purchases.
WHERE TO BUY
LOWEST PRICE
$129