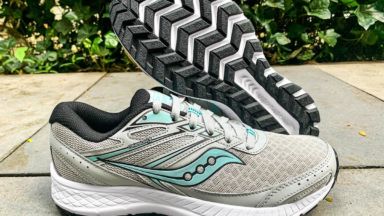 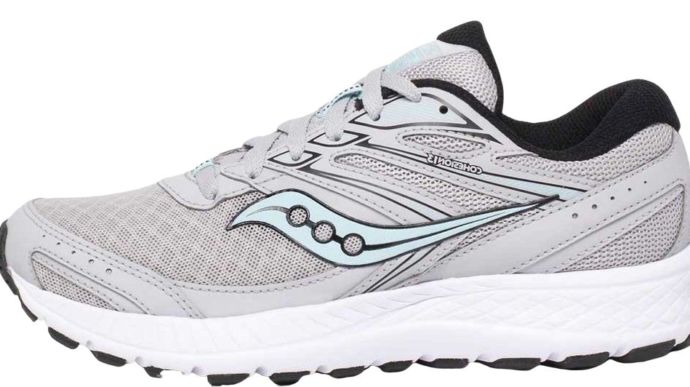 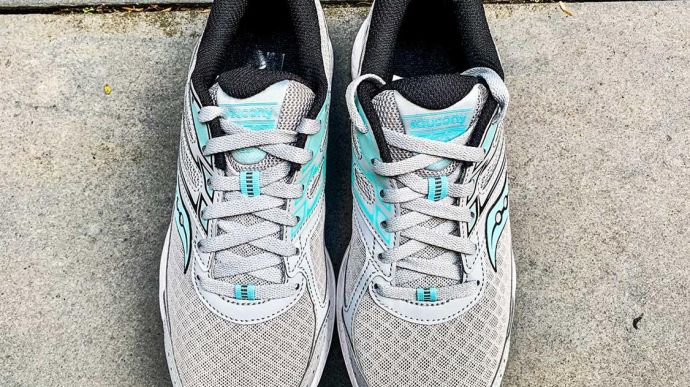 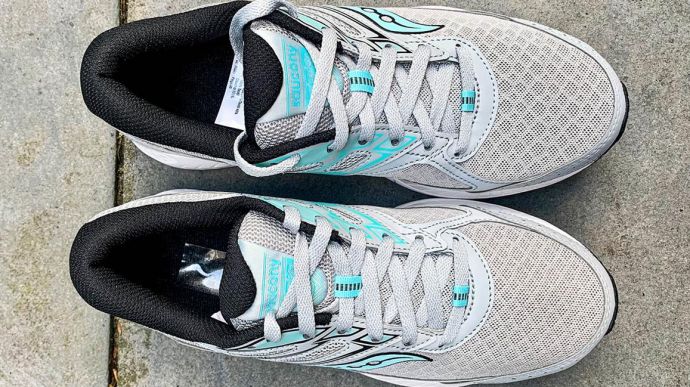 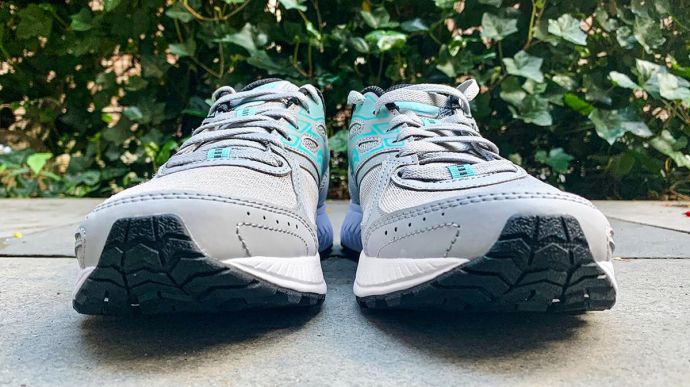 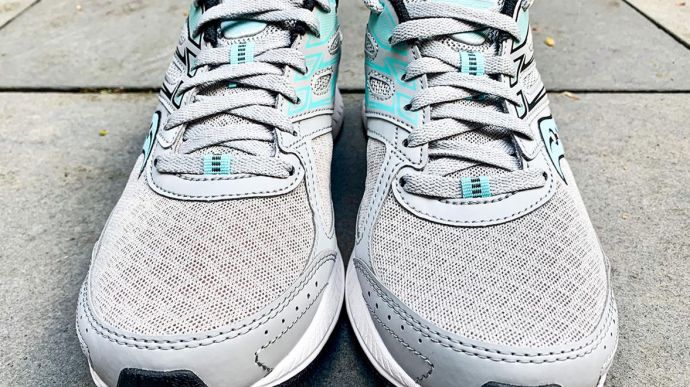 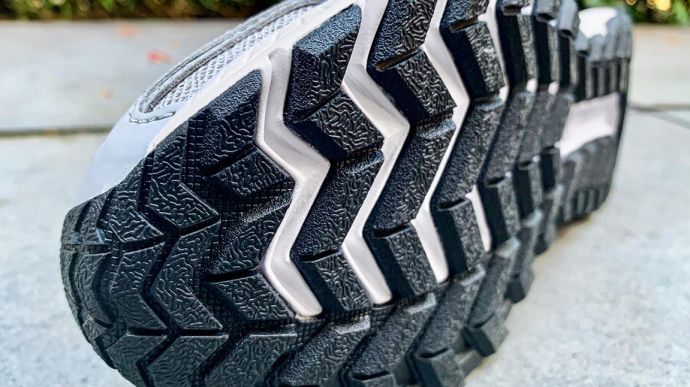 The Saucony Cohesion 13 is a great, budget friendly running shoe that ticks all the boxes for runners who want to protect their feet and enjoy a comfortable ride for their first 5km or 10km run.
WHERE TO BUY
LOWEST PRICE
$39
SHOE INFO
Saucony
Brand
Cohesion 13
Model
Cushioning
Type
10 oz. (283 gr.)
Weight
60 US$
MSRP
10 mm
Heel Drop
Cohesion 12
Previous model
WHO IS IT FOR
The Cohesion 13 is a simple, entry level neutral running shoe for runners looking for their first pair of running shoes, or to replace another pair of trust Saucony’s.

For runners looking to keep costs down but get a shoe that they can trust to do the job, mile after mile, the Cohesion 13 is a fantastic shoe.
Help me choose

The Cohesion 13 is a low priced running shoe designed for runners starting out on their journey. It’s a basic shoe, that does the job, under promising and over delivering.

Designed for neutral runners, the Cohesion 13 is the lowest price offering from Saucony. It also comes in a trail version (Cohesion TR13) if you’re running or walking on more off road or challenging terrains.

If you’re looking for more stability in a running shoe, consider the Sauconuy Guide 13.

Having worn both the Cohesion 12 and 13, I really struggled to see or feel the differences between the two.

If you’re happy with your Cohesion 12’s, and they’ve simply worn out, you could happily replace with the 13’s and likely notice no change, You’ll have no issues breaking them in either.

The Cohesion 13s felt immediately comfortable on my first run which was 10km. There were no issues with rubbing or hotspots.

Having felt no differences under foot between the 12 and 13, it seems the only changes from the Cohesion 12 include the Versafoam cushioning being switched to Versarun, and a subsequent weight loss of 0.4oz.

The low price of the Cohesion 13 means it’s not packed with technology, but I was really surprised at how light it felt when running.

The heel drop of 12mm in the Cohesion 13 is at the higher end of the scale for running shoes, making this a great choice for runners with tight calves, or heel strikers. This remains the same as previous Cohesion models.

First impressions of the Cohesion 13 were pretty positive for such a low priced shoe.

It felt like a traditional running shoe, with a comfortable fit around the full length of the foot and secure fit with no rubbing around the heel.

If you’ve been wearing a running shoe packed with technology, or loads of squidgy cushioning this will feel like something of a downgrade, but if you’re new to specific technical running shoes you’ll likely have your expectations exceeded.

The sole unit design is identical to that of the Cohesion 12. The outsole is a durable rubber with grooves that gave good grip and flexibility.

The midsole Versarun foam gave some cushioning at slower paces, and held up well at longer distances.

When I picked up the pace on faster intervals the sole unit didn’t feel as cushioned as I’d have liked, and the foot strike felt hard.

As expected, there isn’t much support under the arch of the foot, so if this is what you’re looking for you may want to look into the Liberty ISO or Guide 13 from Saucony, albeit at a much higher price point.

Overall I was really impressed with the sole unit on the Cohesion 13, putting it though grass, asphalt, dusty tracks aswell as wet cobbles whilst testing, and it performed on all of them.

The upper takes on the typical, technical and traditional Saucony look. At a distance the Cohesion 13 appears very similar to the Echelon 7, Kinvara 11 or Triumph 17.

When you take a closer look the printed overlays, and simple punched eyelets give the shoe a slightly more budget look than these premium ranges.

The upper material is made of a slightly rough mesh which is light and airy and keeps the feet cool. Overlays add durability to the lateral and medial sides and around the toe box and heel cup.

The tongue and heel cup contain thick but light padding, which has stayed put for the 50 miles of testing, but I get the impression this may flatten out over time.

Laces are flat and long, and need to be double knotted to be kept in place, but once they were, they stayed put.

On a longer, very rainy run, this upper protected my feet from the rain for at least an hour.

I put this rain protection down to the roomy toe box, with very little of the material making contact with my toes, so they stayed dry. It also dried out well overnight and was good to be worn again the next morning.

Size wise the fit was great. In previous versions, runners have found the Cohesion range to be a little narrow on the toe box but I didn’t have this issue. The shoe also comes in a wide fitting if you need it.

The colorways of the Cohesion 13 are all fairly subdued. Mine were the grey and dark brown, which is definitely black. Other female options were black and white, and black.

A couple more grey options in male sizers were available too, so similar to the Cohesion 12, if you like monochrome, you’re in luck.

The Cohesion 13 is a great, solid choice for a running shoe. It’s not the most exciting, but you get what you pay for, and more. It will get you through long and short runs, and last you through the miles.

If you have limited budget, or don’t want to spend loads on a running shoe it’s a fantastic choice.

I really struggled to find fault with it and would recommend to people starting out their running journey, or keen walkers looking to log the miles on the road and pavements.

We purchased a pair of Saucony Cohesion 13 from runningwarehouse using our own money. This did not influence the outcome of this review, written after running more than 50 miles in them.